For the Homeless, There’s More to Eating than Food | Civil Eats

For the Homeless, There’s More to Eating than Food

Food safety, security, and storage are three problems that influence the meal choices of people living without the other conveniences of shelter. 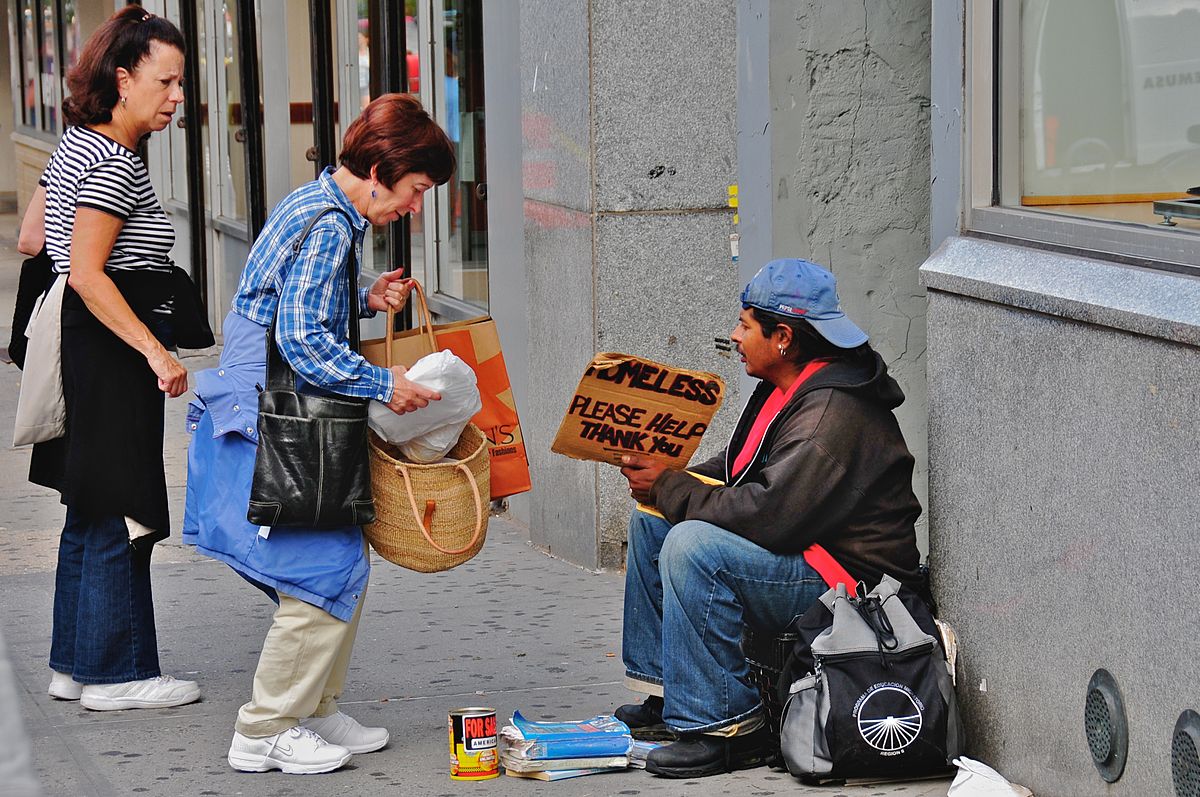 If you’ve ever lived on the street or in your car, or have suffered any other kind of itinerant existence, you will know there’s more to feeding yourself than not starving. There is, for instance, the question of whether the food you manage to scare up is fresh, clean, and, in some cases, sufficiently cooked to not infect you with any number of foodborne illnesses, from salmonella to hepatitis A. Then you have to worry about whether, even if the food is safe, your hands are not. Hand-washing has been found to reduce gastrointestinal illness by as much as 31 percent.

Complicating matters even more, you might have a diet-related illness: type 2 diabetes, heart disease, high blood pressure or the inability to digest certain foods. You might have lost many of your teeth—people who live on the street have scant access to dental care—which rules out that fresh, crunchy carrot. And you might have to limit your food choices to what’s on the shelves in a convenience store. When you’re carting everything you own with you everywhere you go, a trip inside a grocery store means finding a place to stash your gear and pray that no one swipes it.

Food safety, security, storage—these are the problems that necessarily influence the meal choices of people living without the other conveniences of shelter. “People who live without a place to cook or prepare their food, or a place to wash their hands, have considerations that are different than those for people who are housed,” says Jessica Bartholow, policy advocate with the Western Center on Law and Poverty. “Buying in bulk is not an option for them. Buying food that’s fresher and can spoil easily is not an option for them.”

Nor is spending a lot of time obsessing about bacteria. “At the top of people’s minds when they’re living homeless is not, ‘How do I keep my food safe?’ They’re thinking about how to prevent arrest.”

Seven years ago, in an effort to steer homeless people and their advocates toward better food choices, the Sacramento Hunger Coalition issued a nutrition education toolkit for people living without permanent shelter. “There was a wave of interest to make things more nutritious for people,” says Sabrina Hamm, who, as an Emerson National Hunger Fellow, wrote and compiled the toolkit. But she soon realized, as did others on the project, that the problem with itinerant people’s eating habits wasn’t a lack of nutrition education. It was a lack of access to healthy foods.

“I’ve been doing this work for 35 years, and I always get the same question,” says Bob Erlenbusch of the Sacramento Regional Coalition to End Homelessness. “Why, if people are food insecure, are they overweight?” The reason, he says, is that the cheapest and most filling foods pack in the maximum salt, sugar, and fat. “You might know what’s good for you. But when you go into 7-Eleven, what you can buy is a bag of potato chips and a coke.”

Erlenbusch and Bartholow are at the forefront of a movement to make healthy food accessible to homeless people. Most of their wins have involved expanding options for recipients of SNAP—the federal government’s Supplemental Nutrition Assistance Program, rebranded in California as CalFresh. Recipients have their benefits loaded onto an Electronic Benefits Card, which they can use to buy food at grocery stores. They can also, in some counties, use their cards at farmers’ markets.

But for someone without a permanent address, CalFresh can seem complicated. “SNAP doesn’t always fit into homeless people’s lives,” Bartholow says. California ranks 45th among states in SNAP participation, even though a quarter of the nation’s homeless live in California. “People don’t know about it,” Erlenbusch says. They might not even know that someone without a mailbox qualifies.

Worse, conservatives in Congress continue to wage war on SNAP. Since the passage of President Bill Clinton’s 1996 “welfare reform law,” able-bodied, unemployed adults without dependents get only three months of food assistance in any three-year period. Many states were allowed to suspend the time limit during the recession, but no longer. California’s waiver expires in September 2018. In the latest iteration of a farm bill proposed in the U.S. House of Representatives, SNAP benefits for unemployed adults without dependents would have covered only one month before work requirements kicked in. Erlenbusch called it “hideous,” adding that it would have increased “homelessness and food insecurity among millions of people.”

The bill fell 15 votes short when the House took it up on May 18, but only because some Republicans who defected to vote with Democrats wanted to tie it to a more punishing deal on immigration. “It’s not a fatal blow,” Rep. Mark Meadows (R-NC), head of the ultra-conservative Freedom Caucus, told reporters. “It’s just a reorganizing.”

Even with full CalFresh benefits, however, the unsheltered can find the program’s limitations stifling. Prepared hot meals might be the safest and most convenient option for people without kitchen access, for instance. But SNAP can’t be used for prepared hot meals. One exception is the U.S. Department of Agriculture’s Restaurant Meals Program, which allows CalFresh recipients who are homeless, elderly, or disabled to use their benefits at participating restaurants in certain counties. Disappointingly, only five states currently participate in the program, and in California, only nine counties have opted in. Assemblywoman Shirley Weber (D-San Diego) is currently carrying a bill that would extend the program to California State University students, even if they live in a county that hasn’t adopted the program.

The restaurant meals exemption is not without controversy. Marion Nestle, the renowned nutritionist and author, has been sharply critical of people using benefits in fast-food restaurants, musing that Yum! Brands in particular, which owns Taco Bell, KFC, and Pizza Hut, participates only to earn a cut of SNAP payouts, which were $68.1 billion in 2017. (Yum! Brands has “actively encouraged their franchised restaurants,” to sign up, Bartholow says.)

Nestle might be correct about Yum! Brands’ motives. But anti-hunger activists consider the moralizing akin to telling people that walking barefoot is better than wearing flimsy shoes. “If you’re hungry and living homeless, the worst outcome isn’t that you ate a hamburger today,” Bartholow says. “The worst outcome is that you went hungry.”

Restaurant eating also allows people to use a bathroom, wash their hands, and break bread in the presence of other people—an ever-more vital part of mealtime, now that authorities have criminalized encampments such as Orange County’s Santa Ana riverbed. “Food isn’t just about getting something in your body,” Bartholow says. “Food is also a way that, culturally, we come together.” Sometimes that matters almost as much as the food itself.

This article originally appeared on Capital & Main as part of their series on homelessness in California, and is reprinted with permission.