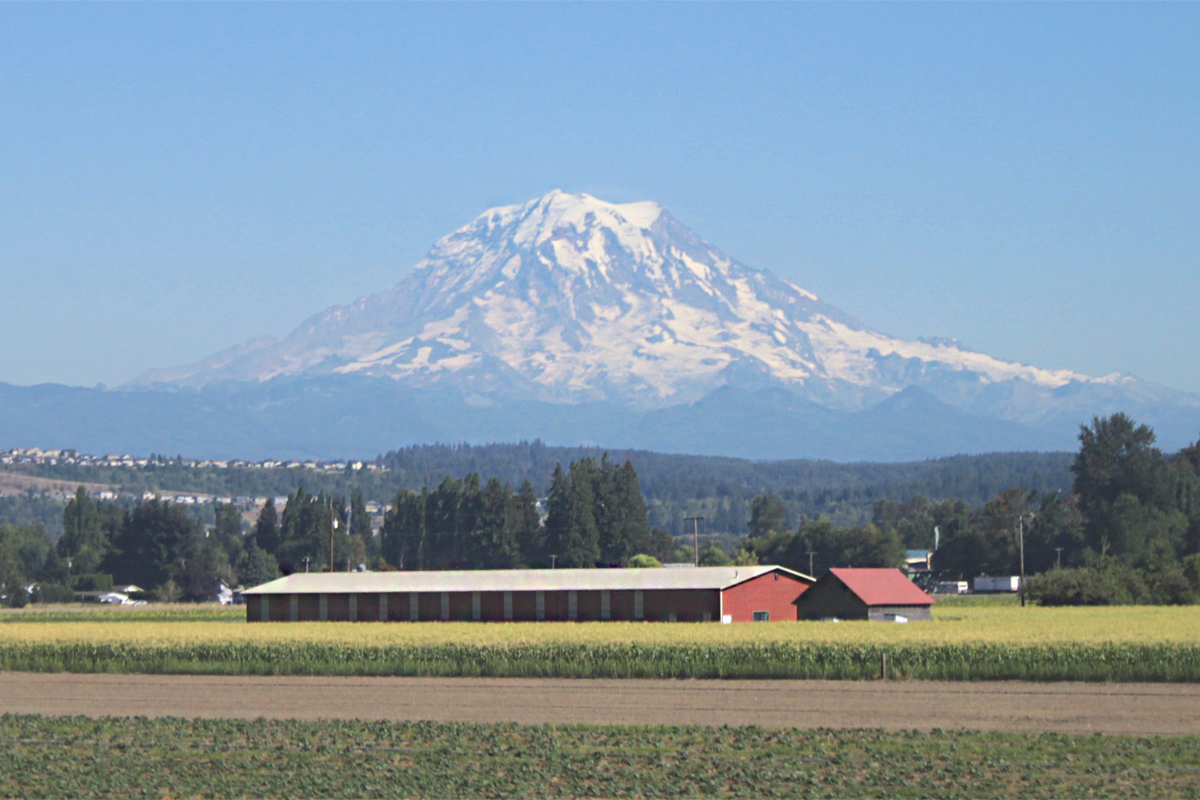 Pulverizing volcanic rock and spreading the dust like fertilizer on farm soils could suck billions of tons of carbon from the atmosphere and boost crop yields on a warming planet with a growing population.

In a paper published recently in the scientific journal Nature Plants, an international team of researchers lays out the prospects for “enhanced rock weathering”—a process that uses pulverized silicate rocks, like basalt, to speed the ability of minerals to store carbon in soil.

The team, led by the University of Sheffield in the U.K. and including U.S. climate scientist James Hansen, says the technique of enhanced weathering on swaths of the world’s cropland could potentially offset a meaningful chunk of global carbon emissions.

Though their estimates are preliminary, the authors say if farmers added enough pulverized rock per acre on a majority of the world’s cropland, they could remove up to 4 billion metric tons of CO2 from the atmosphere, per year, by 2100. That’s about a tenth of today’s global greenhouse gas emissions. (Greenhouse gas emissions from agriculture and land use are currently about 8 billion metric tons.)

This could happen fairly quickly. “Conceivably, roll-out could take place within a decade or two,” said David Beerling, director of the Leverhulme Centre for Climate Change Mitigation at the University of Sheffield and the lead author of the study.

In nature, this takes millions of years. Rain, which is slightly acidic, chemically breaks down rock in a process that converts carbon dioxide to bicarbonate, which eventually washes into the ocean where it’s stored for hundreds of thousands of years. This natural process absorbs about 3 percent of global emissions from fossil fuels.

But pulverizing the rocks turbocharges the process, allowing the minerals to be released faster and to store carbon within several years, Beerling explained.

When farmers apply the powdered rock onto croplands, they’ll see added benefits, the paper says: increased plant nutrients leading to higher yields and a potential drop in fertilizer and pesticide use.

The authors note that the best candidate for enhanced weathering is the land already being farmed—about 11 percent of the globe’s land area—where farmers already apply limestone to improve soil and counteract  acidification. That means the infrastructure for applying pulverized rocks is effectively in place.

But the process, which sounds tantalizingly easy, hasn’t been studied widely, prompting the authors to call for more work on the subject.

“While enhanced weathering could make an enormous contribution to climate change mitigation, it remains one of the most poorly understood methods of removing CO2 from the atmosphere,” said Phil Renforth, a professor of engineering geology at Cardiff University, who was not involved in the paper. “As the authors suggest, we need to do a lot more work to establish if these large carbon drawdowns can be achieved, and to assess the positive and negative impacts of this approach.”

Among some of the possible negatives: The energy used to pulverize the rocks could account for as much as 30 percent of the CO2 that’s stored. Meanwhile, it’s not clear how much rock would be required and what the environmental impacts on soils and waterways would be.

Another Tool for Climate Control

Another question mark is the cost. Current estimates range from $52 to $480 per metric ton of stored CO2, although boosted crop yields and lower fertilizer use could offset some of the price tag. Another “negative emissions” strategy, bioenergy with carbon capture and storage, or BECCS, costs between $39 and $100 per metric ton.

But, the authors note, enhanced rock weathering could be one of the tools in the climate-control toolkit.

“Strategies for taking CO2 out of the atmosphere are now on the research agenda, and we need realistic assessment of these strategies, what they might be able to deliver and what the challenges are,” Hansen said in a press release.