Farmers and processors are investing millions in products from milk to burgers made from yellow peas. Is this plant-based protein all it’s hyped up to be? 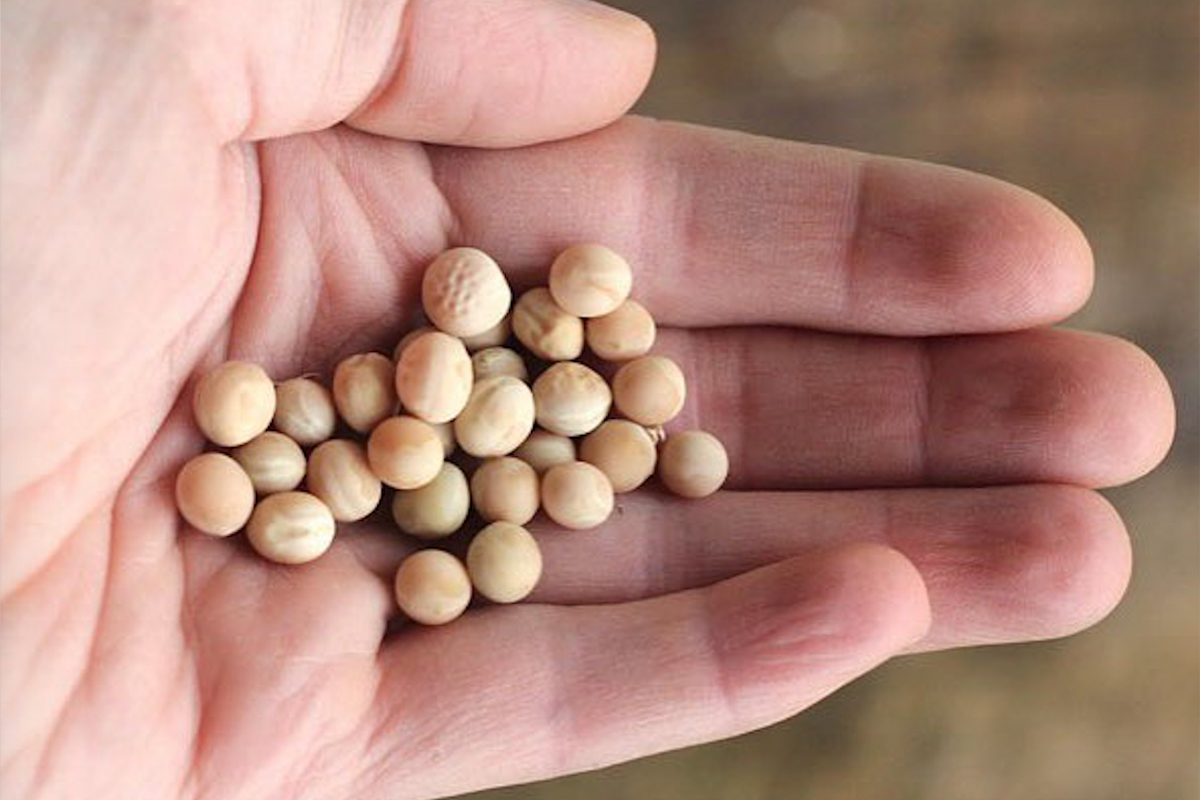 Americans love meat. By year’s end, the average American will have eaten more than 200 pounds of beef, pork, chicken, and turkey combined—a banner year for the animal protein industry.

At the same time, many people are also seeking out alternative protein sources. Whether motivated by concerns for health, animal welfare, or the environment, nearly one-third of Americans practice meat-free days and 35 percent say they’re increasing the amount of non-meat proteins they eat, according to market intelligence agency Mintel. Surveys have found that vegans make up as much as 6 percent of the population, though other studies put that figure much lower.

Of the protein-packed plants taking the country by storm, one unlikely source is experiencing something of a meteoric rise: the pea. Peas have been around forever, but only recently have they found their footing as a go-to protein in many energy bars, milk alternatives, and burgers.

Pea protein is creating something of a feeding frenzy among investors and big food companies hoping to strike it rich off the new designer protein. In 2018 alone, global food giant Cargill poured $25 million into Minnesota-based pea protein manufacturer Puris, while Ripple Foods brought in $65 million in series C funding to expand its line of pea protein-based milks and yogurts. And last year, director James Cameron, seeing the growth in the plant-based foods, invested in Canadian pea processing plant Verdient Foods. While he wouldn’t disclose the amount of his investment, Cameron told CBC News the “ballpark is big.”

Globally, the pea protein market increases each year, with some estimates placing its value at $360 million by 2022.

As with all hot, “new” foods, there’s more than meets the eye. We asked experts to give us the lowdown on pea protein—where does it come from, how is it produced, and is it substantially better than other plant-based proteins?

Taking a Bite out of Soy and Almond

First, we need to address the billion-dollar elephant in the room: soy. Protein derived from soybeans accounts for the largest segment of plant-based proteins by far. It’s currently a $1.7 billion market worldwide, expected to grow by around 10 percent a year for the foreseeable future. Soy has for years been the go-to alternative protein source for consumer packaged goods manufacturers, and for a long time the leading source for dairy-free milk (almond milk has since taken the lead).

But both soy and almonds have struggled with image problems of late. At the peak of California’s punishing five-year drought, almonds became a scapegoat for irrational water use in the state, owing to the widely cited statistic that it takes more than a gallon of water to grow one nut. 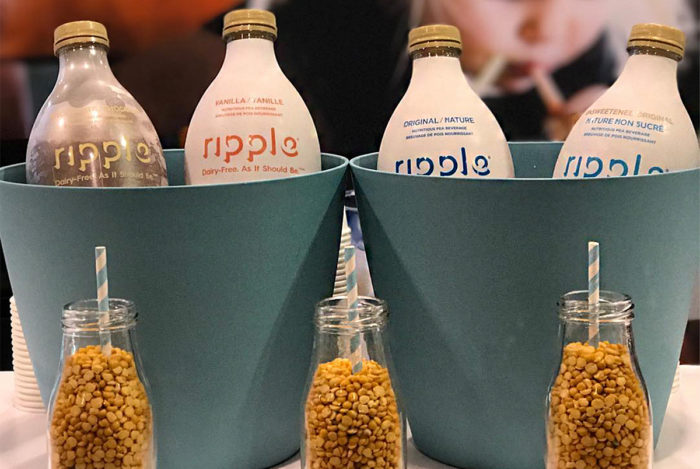 Soy comes with its own baggage. For one thing, almost all domestically grown soybeans are genetically modified—a potential red flag for many consumers. And since that modification tends to be focused on making the plants tolerant to Roundup and other weed killers, it’s also one of foods most commonly sprayed with pesticides. Soy’s prevalence in the U.S. diet over the last few decades has also earned it a spot among the eight most common food allergens, as identified by the U.S. Food and Drug Administration (FDA). Additional questions surround the isoflavones prevalent in soy, which can mimic estrogen in the body, although studies are inconclusive on the damage these do to humans.

But if there’s anything we know about the food industry, it’s that it doesn’t take much bad press—much less scientific proof—to turn consumers away from a product.

It Starts with a Pea

The industry starts with the high-protein yellow or green “field peas” known by most consumers as “split peas.” More than 400 growers in the U.S. and Canada buy yellow field peas from Puris, grow them organically, and sell them back to the company. Split peas are naturally higher in protein (20-25 percent) than sweet green peas (5-6 percent), making them a better raw material from which to isolate the protein.

The harvested peas are then dried and shipped to Puris’s manufacturing facility, where they are milled into a fine powder. The powder is immersed in water to create a pea “milk” or “slurry,” which scientists place into a centrifuge machine to mechanically separate the proteins from the starches and fibers. (Puris also manufactures and sells its condensed fiber and starch isolates to food manufacturers, using the entire pea.)

Now it’s time to make the protein isolate taste good. This is where the clean-eating critics of protein isolates begin to get wary. In order to improve flavor, texture, and functionality, some have wondered whether the protein is treated with harmful chemicals or submerged in petroleum-based hexane, like many soy proteins. That’s true of some pea protein isolates, but not the ones made by Puris, where food scientist MarJanie Kinney says the protein is treated only with food-grade enzymes and acidulants such as citric acid. The protein is then removed from the water and spray-dried, leaving behind a powder that is approximately 80 percent protein.

Pea Protein in Use

“Pea protein allows you to plug a plant-based protein source in a number of different applications that people are willing and ready to eat,” says Kinney, who helped develop Puris’s pea protein isolate before becoming an independent consultant. “Puris is creating a plant-based future in every food category.”

The company is certainly not alone; the number of products containing pea protein isolate has increased nearly 200 percent in the last few years, with food companies adding it to just about everything—from energy bars to bread. Food conglomerate Cargill’s principal technologist Bill Gilbert told FoodNavigator that where the market for whole grain and fiber breads is fairly saturated, baking breads with pea proteins could “extend that category further.” 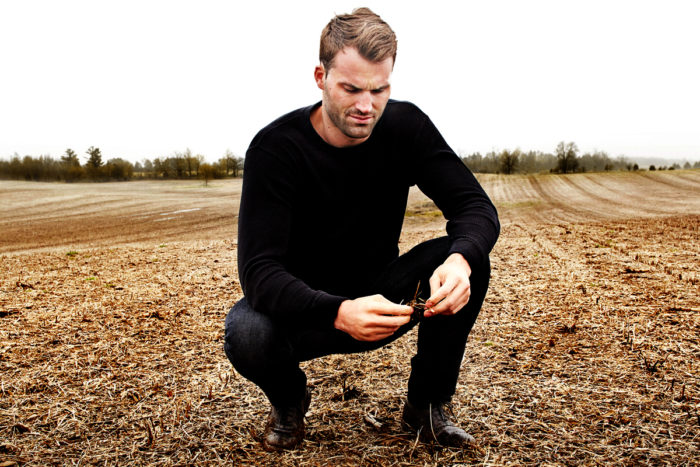 Pea protein is also the star in a line of plant-based burgers that the company Beyond Meat says “looks, cooks, and satisfies like beef”—without the cholesterol, animal fat, and environmental burden of meat. Beyond Meat’s burger even “bleeds” beet juice when thrown on the grill.

But it’s pea protein milk alternatives that are making perhaps the biggest splash. Companies like Ripple and Bolthouse Farms hope their products can take market share from soy, almond, and dairy milk.

The key thing to remember regarding transparency is that production methods can differ, especially in pea proteins imported from abroad. For instance, while Puris may grow its peas organically and in the United States, it may be more difficult for consumers to verify claims made by manufacturers from China and Europe—especially around their organic standards. (Canada grows more than three-quarters of all split peas imported by the United States.)

Nutritionally, peas are technically not a complete protein—they don’t contain all the amino acids needed for the body to process proteins. But according to the Centers for Disease Control and a growing number of nutritionists, as long as we get those amino acids from other plant-based foods at other times in the day, having them all in one meal isn’t necessary. Boston-based vegan nutritionist Kristen Ciccolini says pea protein has been shown to benefit the human body in many important ways.

“It’s easier to digest than the dairy versions, there’s evidence showing it’s a great choice for weight loss and appetite control, and it has been found to help keep blood sugar in balance,” Ciccolini says. “The branch-chain amino acids that it contains support muscle repair as well.”

Despite claims like this, pea protein has been the subject of only a few peer-reviewed research studies. In a recent letter to Congressional lawmakers from lobby group Plant Based Foods Association regarding the 2018 Farm Bill, executive director Michele Simon and board chair Jaime Athos specifically requested additional research into plant-based sources of protein in a general call for a fairer food system for plant-based foods.

Simon told Civil Eats that the academic study of plant-based foods is dwarfed by those of meat and dairy, the production of which amounts to a “catastrophe situation” for our health and planet.

With companies like Nestlé and Cargill getting into the pea business, questions about environmental sustainability abound. After all, an increasing amount of U.S. farmland is controlled by fewer, larger commodity farms, which in turn frequently contract with a handful of mega-corporations who make our food.

But from an environmental standpoint, the addition of peas can actually improve the sustainability of large-scale cereal farms, according to Dr. Chengci Chen, Cropping Systems Agronomist and Superintendent of the Eastern Agriculture Research Center at Montana State University. Chen says that’s because peas and other legumes grow in concert with bacteria in the soil to take nitrogen from the air and soil and feed it to the plant as a natural fertilizer.

When peas are grown as a rotational crop on Montana’s large cereal farms, Chen says that the nitrogen created by the peas keeps the soil healthy and reduces the amount of nitrogen-based chemical fertilizer that is applied to the wheat before running off into the groundwater supply.

“It’s a win-win situation. Peas build nitrogen in the soil, they require no fertilizer, they increase yields for farmers, they’re a clean crop and healthy for human and animal consumption,” Chen says. “I can’t think of any negative impact to growing peas.”

And what if field peas are grown at the same scale as soybeans? Marion Nestle, an author and nutrition professor at New York University, says it’s not going to happen—or at least not anytime soon. Soybeans have been paired with corn on most Corn Belt farms since they were made popular by Henry Ford the 1930s and the nation is covered with billions of dollars worth of farm infrastructure designed around storing, processing, and transporting them.

American farmers planted around 90 million acres of soybeans in 2017, compared to just 1.1 million acres of field peas. Some surveys suggest soy’s 2018 acreage could match the 91 million acres of King Corn planted in 2017. This dynamic means domestic soy will most likely always remain less expensive than peas for the consumer.

In the end, however, a nutritionally balanced and economical diet may require Americans to seek out proteins from more than just one source, says Nestle.

“Lots of people do not want to eat meat for reasons of religion, politics, economics, or health and greatly prefer plant proteins,” Nestle says. “Fortunately, these work just fine as long as sources are varied. I wouldn’t call this a fad—it’s more of a lifestyle choice.” 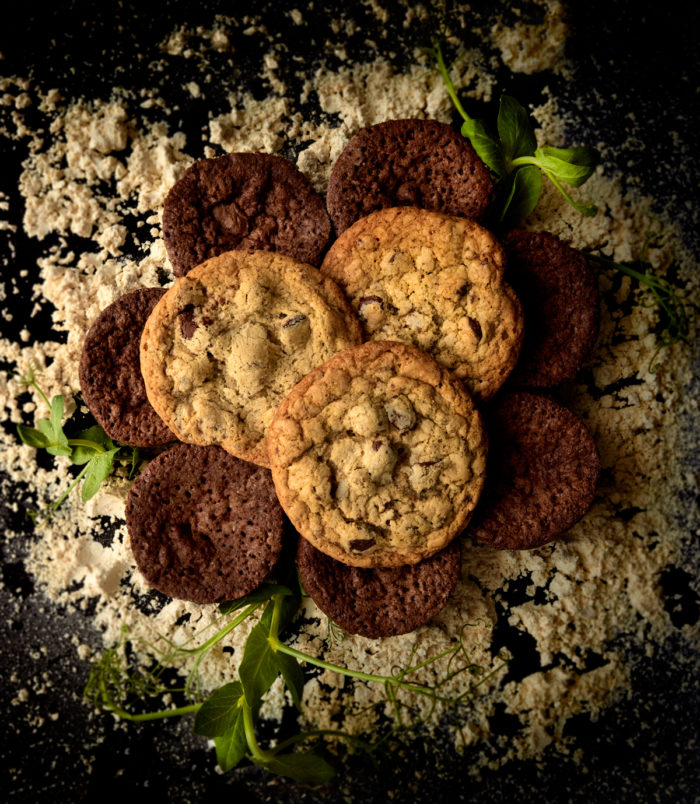 Cookies made with pea milk. (Photo courtesy of Puris Foods)