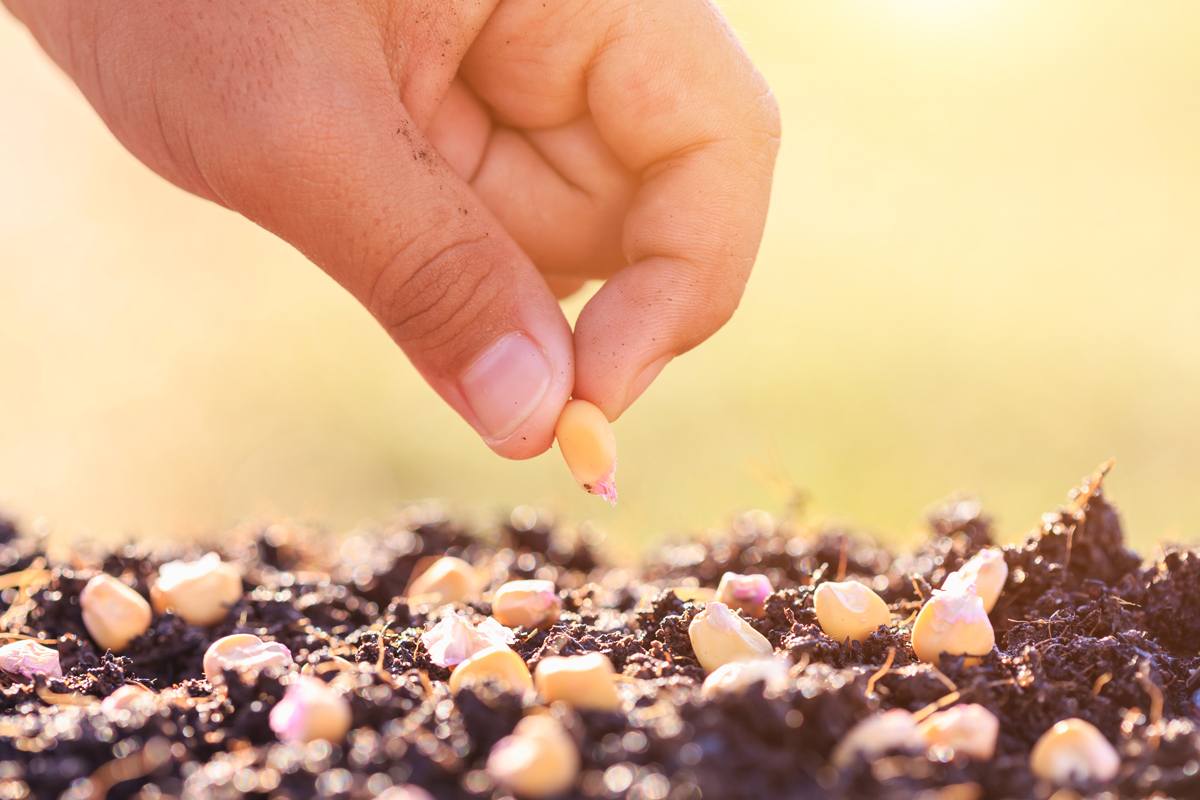 Conventional corn farmers—who grow the ubiquitous grain on 90 million acres in the U.S.—are struggling. Since 2014, these farmers have been spending more to produce corn than they can earn by selling it. Periods of overproduction and low prices are nothing new, but they can hit hard, as some farmers are forced to sell their operations and the largest landowners tend to get even larger, contributing to the hollowing-out of rural America.

What is new this time around is that the last two decades have also seen dramatic consolidation of the seed and pesticide industries, as well as the arrival of expensive genetically engineered traits like glyphosate herbicide resistance and Bt and insecticide seed coatings. The economic concentration of a few large seed and pesticide companies and their expensive products have allowed them to capture more farm profit, leaving less for farmers and their communities.

As some farmers begin to question these costs, a recent study has confirmed that the cost of seed coatings is rarely justified.

Seen as an easy way to keep early-season pests at bay, this technology involves coating each seed with neonicotinoid insecticide (or neonics) so that farmers don’t have to apply insecticides in the field. And it has become very popular within the industry. Non-organic corn farmers used to apply insecticides directly to the soil or use crop rotations to control soil-borne pests. Only a minority of corn acres were treated with insecticides. Now, however, somewhere between 70 and nearly 100 percent of corn seed is treated with neonic insecticides, with most experts agreeing that the figure is well over 90 percent.

Neonics have also made national headlines because of their impact on the ecosystems in which they’re used. They are now firmly established as causing widespread harm to a range of organisms, including the bees that produce our honey and pollinate our fruits and vegetables, the insects that protect our crops from pests, birds, and a range of aquatic life that provide food for fish. Widespread pesticide use in Germany is also a prime suspect in the loss of 75 percent of flying insects there over the course of 27 years, and no doubt elsewhere, which is likely contributing to an equally dramatic loss of the birds that depend on them for food.

With all this in mind, it’s hard not to ask: Are neonics really improving farmers’ lives?

Good News for Farmers and the Environment, Bad News for Pesticide Companies

The new study, published in the journal Environmental Science and Pollution Research, shows that, in fact, only a small fraction of corn acres need neonic seed treatments. Researchers from several European universities found that only about 1 percent of corn acres experience yield loss in corn due to soil pests; the exception is in fields that include factors known to predispose crops to yield loss, such as soil with high organic content and poor drainage.

But even in fields where such factors are present, only about 20 percent of corn acres would need neonic or other insecticide treatment—and simple management practices like avoiding planting corn into recently converted pasture can reduce that to 4 percent. Pests reviewed in Europe are also found in the U.S., showing that even for conventional, non-organic farmers, insecticide use could be reduced dramatically on most farm acres—saving the expense for farmers and the reducing the harms they cause the environment.

For those skeptical that the European results would apply here in the U.S., I conducted an earlier review and analysis of the U.S. research literature that came to similar conclusions. Shortly thereafter, several leading researchers in the study of neonics from Purdue University also found that neonic seed treatments were likely to “far exceed demonstrable need.”

For the small percentage of farmers that may still experience some yield loss by forgoing seed treatments, the new report describes what it calls a mutual fund, an insurance pool that could reimburse those farmers. Based on their data, it would cost farmers only 10 percent of the current cost of neonic pesticide coatings to contribute to such a fund.

So why are neonics so popular?

One explanation may be that they’re intended to control early-season pests found in the soil. You see, once the seed is planted, the crop cannot be treated for these pests because it would disturb the seeds and seedlings.

Farmers don’t like to add unnecessary risks to an already risky business. And many would rather pay more for pesticides to be more confident they won’t lose productivity. But it’s worth noting that the current approach is new. Farmers didn’t used to take such a risk-averse approach with soil insecticides, which they used to apply much less often.

In my research, I examined possible reasons why farmers are accepting the cost of neonic seed coatings at rates far above what can be justified by damage from pest insects. One by one, reasons such as changed farming practices like reduced tillage or adoption of engineered Bt traits were not found to explain or justify the cost.

In the end, one of the main reasons left standing is that farmers have little choice. Virtually all corn seed is pre-treated by the seed companies long before the point of purchase, with some companies not even providing untreated seed. And farmers who want to avoid using neonics must special-order untreated seed very early in the season.

Secondly, surveys have found that many corn farmers don’t even know that their seeds have been treated. Seed sold by the big corporations now comes with multiple engineered traits and coatings, all with unhelpful trade names, such as Poncho. So it’s not surprising that some farmers don’t have time to learn about everything in their seed package.

On top of that, the people who farmers most often turn to for advice and information for controlling pests usually work for seed dealers. As the number of public sector extension scientists has sharply declined in recent years, and public research devotes minimal funding to alternatives to pesticides, it can be harder than ever to access impartial advice.

This gets to the fact that, regardless of the science, Bayer and Syngenta—the makers of neonics—need to keep selling them.

In Minnesota, for example, Governor Mark Dayton has convened a panel to recommend policies to protect pollinators. When I attended their December meeting, representatives on the panel from industry and several large farms insisted that neonicotinoids are necessary. Their argument? That the seed coating prevents large yield losses in corn.

As in the case of climate change, where entrenched and socially destructive corporate interests resist science, reducing neonic use is an uphill challenge without the larger systemic change toward agroecology that we ultimately need. But we can start by supporting farmers in their quest for stable profits and safe fields.