Conservation Funding Expected to Lag Behind When Farmers Need it Most

Government programs that support healthy soils, crop diversity, and wildlife habitat are popular among farmers—so why aren't they slated to get more farm bill funding? 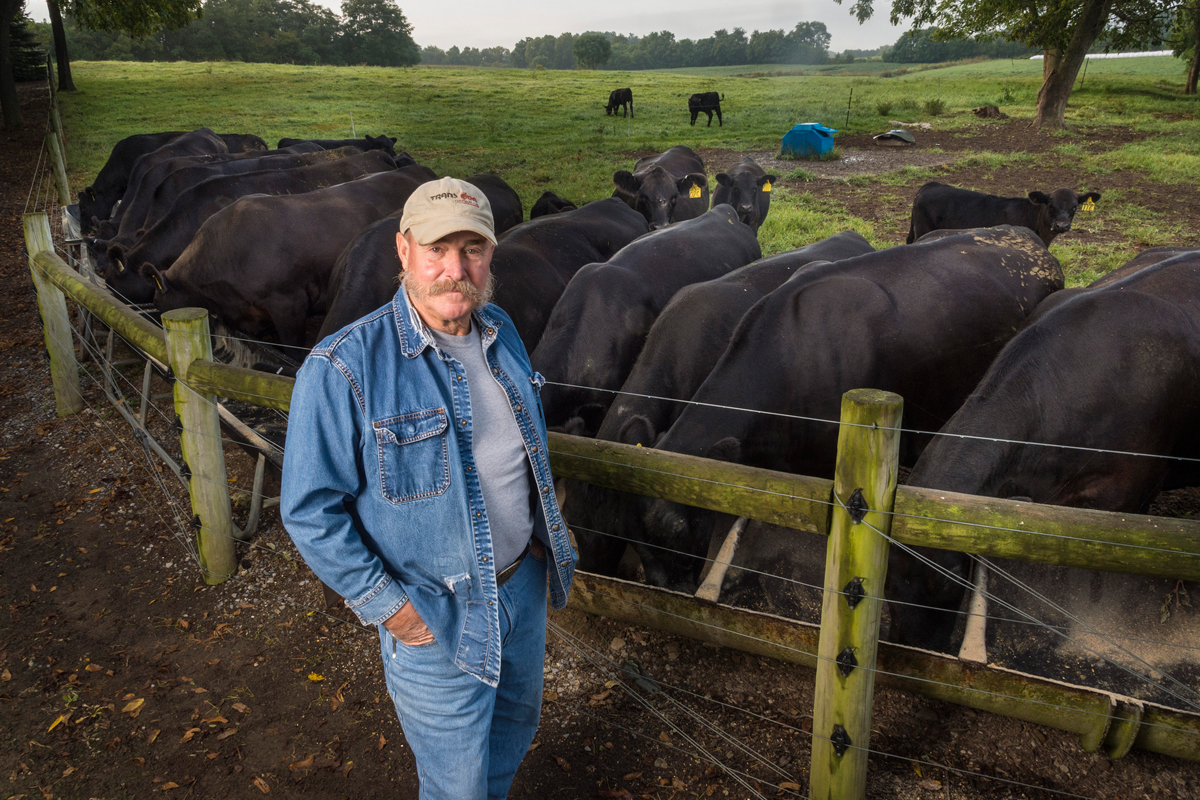 “Some of these I doubt I would have tried. EQIP [the Environmental Quality Incentives Program] and CSP [the Conservation Stewardship Program] helped share the risk,” said Abels, a member of Practical Farmers of Iowa and an early adopter of conservation practices.

EQIP and CSP are the two largest “working lands” conservation programs offered by the USDA’s Natural Resources Conservation Service (NRCS). Combined with the Conservation Reserve Program (CRP), which pays farmers to take land out of production for 10 or 15 years in favor of permanent grasslands and wildlife habitat, the USDA’s conservation portfolio impacts more than 100 million acres nationwide while deploying billions of dollars of taxpayer funding.

These practices aren’t just designed to improve farms for their own sake—although they can do that. They’re also the frontline against some of the United States’ most pressing environmental problems. 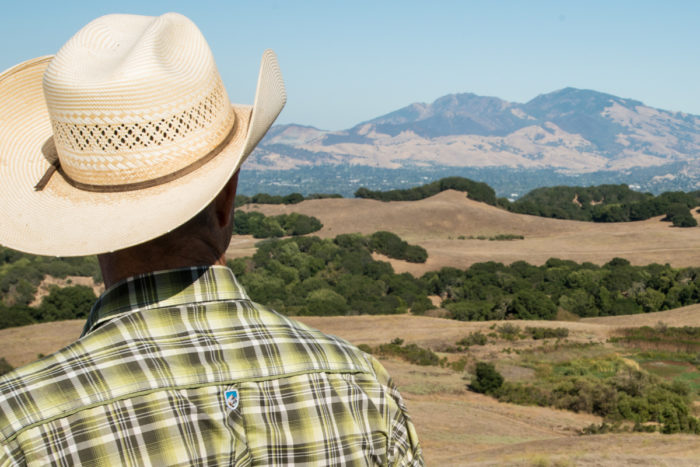 Many experts agree that nitrogen pollution in our nation’s waterways has reached a crisis point; a recent international gathering on the issue concluded that, “we must halve the amount of nitrogen we dump into the environment by mid-century or our ecosystems will face epidemics of toxic tides, lifeless rivers, and dead oceans.”

At the same time, a number of farm groups and agriculture experts have begun to draw a connection between soil health and climate change, advocating for many of the same practices farmers like Abels are using as “climate smart,” or crucial to helping draw down greenhouse gases in the atmosphere.

And while the conservation successes at the USDA are nothing to sneeze at, government funding is limited. Demand from farmers far outpaces supply of available funds. Many farmers are not selected or end up getting placed on waiting lists for future enrollment cycles. And yet, both lawmakers and sustainable agriculture advocates are fighting to maintain current funding in a political environment where some are calling for cuts to conservation spending.

The budgets and participation rules for the conservation programs are determined by the federal farm bill. While the vast majority of the money (80 percent of the last bill) goes to fund nutrition assistance programs such as SNAP, and another 9 percent funds crop insurance and agriculture subsidies, just 6 percent of the bill’s funding is set aside to promote conservation practices through the bill’s “Conservation Title.” In the 2014 Farm Bill, that worked out to $56 billion.

The current five-year farm bill expires at the end of September, creating a deadline for House and Senate farm bill negotiators, farm groups, and conservation advocates. 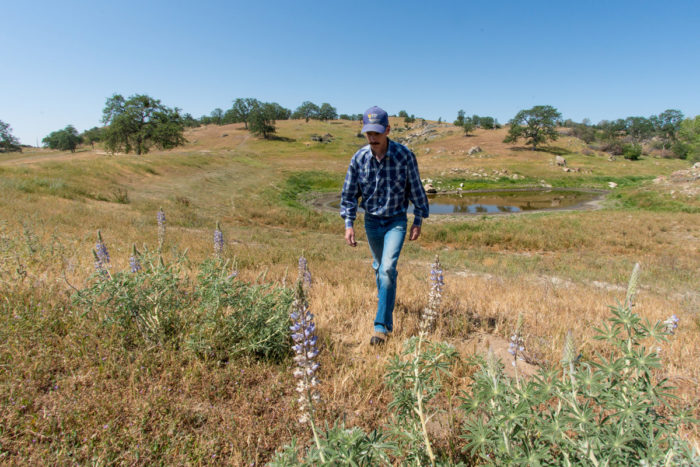 USDA NRCS Range Management Specialist Dennis Dudley walks from what was the waterline for a stock pond at O’Neal Ranch, where owner William O’Neal Jamison requested assistance to make this part of his Black Angus cattle ranch productive throughout the year. (USDA photo by Lance Cheung.)

“Good conservation programs provide pathways to treat local conservation concerns, and those can vary quite drastically across the country,” said Tim Palmer, a crop and livestock farmer from Madison County, Iowa, and president-elect of the National Association of Conservation Districts (NACD). “The improvements that solve local resource challenges, like erosion and damage from nutrients [i.e., nitrogen and phosphorous] in Southern Iowa, require funding and boots on the ground from conservation professionals to provide farmers with the guidance they need,” Palmer added.

Palmer, along with 150 other local county-based conservation district representatives, were in Washington, D.C., this week to discuss priorities for the farm bill rewrite and to make the case for, at minimum, retaining current Conservation Title funding after years of cuts and Trump administration proposals to limit future funding.

Despite the fact that SNAP spending is decreasing due to economic growth, delivering potential savings to farm bill spending overall, House and Senate Committee leaders are suggesting holding spending at current levels, approximately $5.8 billion per year.

“We don’t have any new money [for these programs],” said Minnesota Congressman and ranking House Agriculture Committee member Collin Peterson during a radio interview earlier this month. “By and large, it’ll be similar to current law.”

With this fact in mind, Congressional leaders are weighing in with specific proposals to shape the Conservation Title. For instance, the GROW Act, a proposed bill from a bipartisan group of senators from the Agriculture Committee, takes a strong stand for supporting environmentally sound practices. The bill invests in conservation on working agricultural lands by maintaining current acreage and funding levels for the CSP, EQIP, and CRP programs, and increasing the acreage that can be enrolled in the CRP Grasslands Initiative by 50 percent. Other provisions in the bill address farmer payments through CSP, as well as an increased focus on prioritizing beginning and socially disadvantaged farmers.

“Developing a more sustainable agriculture system that will protect our natural resources, improve family farmers’ bottom lines, and enhance our nation’s food security is the most important business at hand for the next farm bill,” said Alyssa Charney, senior policy specialist at the National Sustainable Agriculture Coalition in the organization’s statement of support for the GROW Act. “Together CSP, EQIP, and CRP account for 90 percent of conservation spending, so focusing on enhancing these programs’ effectiveness and accessibility should absolutely be a priority,” added Charney.

“The GROW Act demonstrates clear support for our nation’s farmers to strengthen conservation efforts across the landscape,” said Anna Johnson, policy associate with the Center for Rural Affairs. “At a time when building healthy soils and protecting water quality are of utmost importance, any cuts to these conservation programs would weaken farmers’ ability to preserve these important natural resources,” Johnson said in a statement.

A related bill in the House, Representative Tim Walz’s (D-MN) proposed SOIL Stewardship Act of 2018, seeks to reform CSP and EQIP. The SOIL Act is an outgrowth of a series of meetings with farmers in Minnesota, where Walz “heard farmers voice their concerns about the lack of assistance they received in order to start initiatives for soil health, wildlife habitat, and organic farming.” Walz crafted this legislation so that it “works to resolve these concerns as well as make critical reforms to CSP and EQIP,” according a statement from Walz’s office.

“It’s certainly commendable, trying to fund and fix some things with conservation programs,” said Donn Teske, a farmer from Wheaton, Kansas, and president of the Kansas Farmers Union. “CSP and EQIP are really popular in Kansas, and I hope our senators and representatives weigh in,” Teske said, who also expressed frustration at the lack of available text of a House farm bill draft.

Teske also identified reforms he feels need to be made with EQIP. “I have had a lot of frustration. It does some good things, but a lot of the funding is used to boost industrial livestock operations,” Teske said. 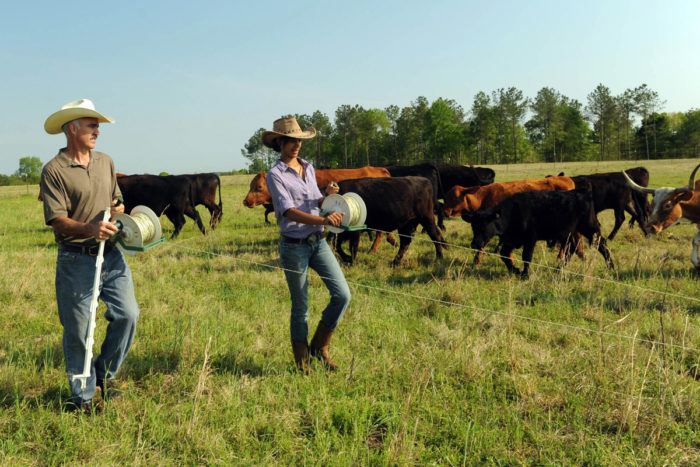 Those concerns over EQIP are shared by Senators Cory Booker (D-NJ) and Mike Lee (R-UT), who are co-sponsoring an EQIP reform bill. “Analysis of EQIP between 2009 and 2016 showed that just 14 percent—or $600 million—of all EQIP funding went towards certain conservation practices that the USDA identifies as producing significant environmental benefits. In contrast, more than $1 billion—or more than 20 percent of EQIP funds—was spent on infrastructure practices that produce relatively little environmental benefit. The EQIP Improvement Act would address this imbalance by readjusting funding to prioritize conservation practices with significantly greater environmental and water quality benefits,” the senators wrote in an explanation of the need for their bill.

Other conservation groups, notably those that support an expansion of CRP acreage, are not as supportive of the existing bills. Pheasants Forever is urging its members to contact their senators to oppose the GROW Act, stating, “the best way to address key conservation issues we face across the country will require an increase in CRP acres beyond the historically low 24-million-acre cap in this bill. Reallocating CRP funds to other farm bill programs simply does not work.”

Lawmakers will continue to negotiate conservation title funding, and the rules for access and participation in the popular programs, during the coming months as the farm bill re-authorization moves ahead. Farmers, sustainable agriculture organizations and conservation groups will no doubt keep telling the story of farm bill conservation benefits. But the final budget and the program priorities, will ultimately be decided by members of Congress.

Whether or not they’ll take any cues from Oregon Representative Earl Blumenauer’s alternative farm bill—which suggests doubling funding for conservation programs, requiring all producers who receive farm subsidies to implement conservation requirements, and setting aside conservation funding for things like rotational grazing and organic transition—is yet to be seen.

Top photo: James Matheny and his wife operate Stone Wall Angus LLC, in Fairplay, Md. where he markets his grain-fed beef directly to the public from his 60-acre farm. (USDA photo by Preston Keres)