The state's first open-ocean seaweed farm could be a delicious solution to global food insecurity. 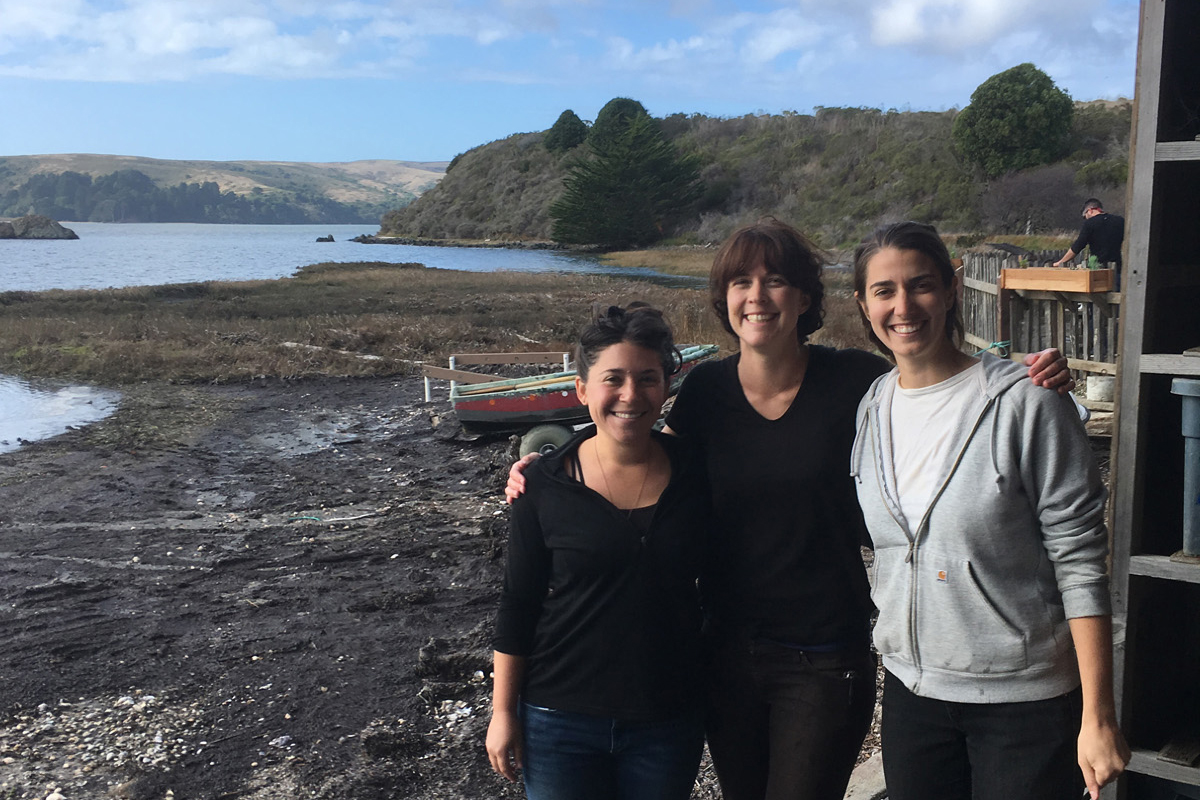 It’s hard to imagine that the famed California coastline could still hold a “best-kept secret.” But beyond the scenic beaches and sand volleyball courts, there is a whole lot of what could very well become the Golden State’s next big thing: seaweed.

California is an agricultural powerhouse, serving up a third of the country’s vegetables and two-thirds of its fruits and nuts each year. But excitement is growing around the state’s potential for aquaculture as entrepreneurs look to put California seaweed on the international foodie map. 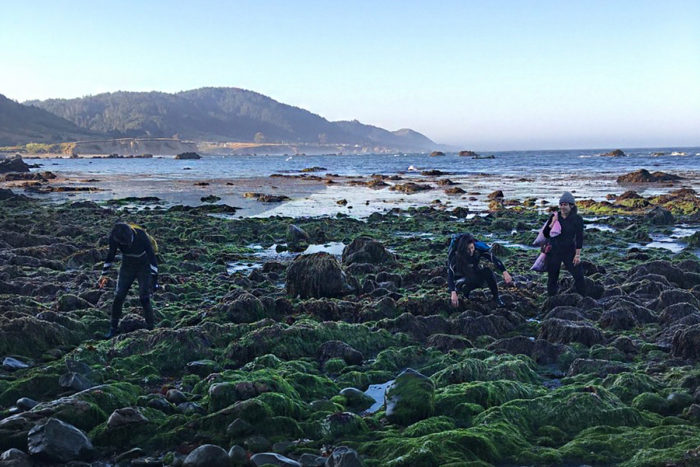 The idea to launch a sustainable seaweed syndicate came to Emmer, O’Hare, and Resor after living in East Africa and witnessing the burgeoning role of seaweed in those communities—as local fishing stock dwindled, resourceful women had found a reliable replacement in seaweed. Seaweed grows rapidly and easily without help from external inputs. Emmer and Resor, who share a background in natural resource management, drew inspiration from a hardscrabble female aquafarming operation in Zanzibar.

“There were so many women farmers using it as an alternative revenue model in declining fisheries environments,” says Emmer. “We started wondering why it wasn’t happening in California.”

O’Hare, who first started seaweed harvesting as a hobby after moving to the Bay Area, immediately saw its culinary potential for Northern California’s innovative, health-centric food scene. “There’s so much interest in local food in the Bay Area, but no one is taking advantage of the wealth of local seaweed we have right here.”

What’s more, seaweed could be a major asset in the fight against climate change, ocean acidification, and the decimation of aquatic ecosystems via unsustainable fishing and farming techniques. The plant readily absorbs phosphorous, nitrogen, and carbon dioxide from the ocean, de-acidifying the water and making it more hospitable for other marine species like shellfish. It is also a protein-rich food and boasts more than 25 vitamins and 50 minerals. Plus, seaweed has shown promise as a substitute for fossil fuels.

It’s that three-tiered benefit that has O’Hare calling seaweed a “win win win.” “It’s a great global solution to ocean acidification, unsustainable food systems, and climate change,” she says. “We thought if we could figure out how to do it, we could help people all over the world do the same.” 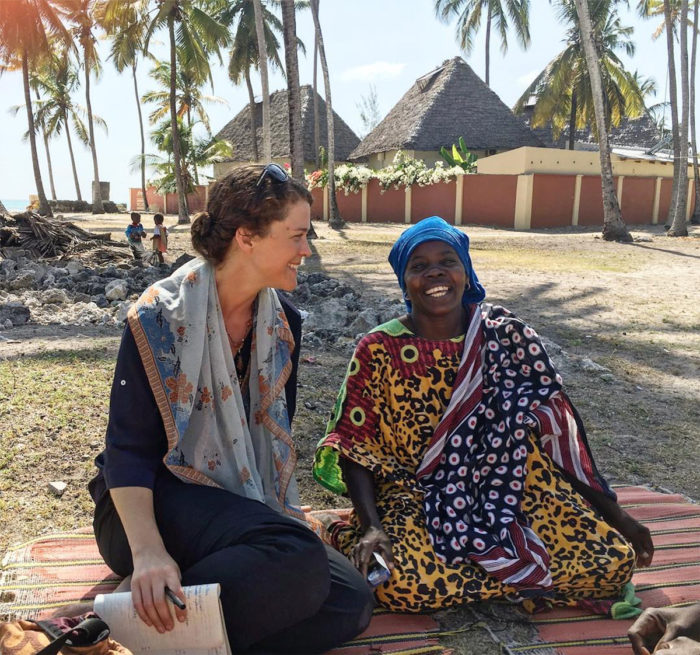 A 2016 World Bank report also cited seaweed’s massive potential, noting that its annual global production could reach 500 million dry tons by 2050, if the market is able to increase its harvest by 14 percent per year. Hitting that 500 million mark, the World Bank reports, would increase the world’s food supply by 10 percent from its current level, helping to feed the world’s growing population and create 50 million direct jobs in the process, which “could represent a transformational change in the global food security equation and in the way we view and use the oceans.” Annual global seaweed production—which nets around 12 million tons (about three-quarters of which comes from China)—is estimated to be worth more than $6 billion.

Still, on the West Coast, where rising ocean temperatures and overfishing are wreaking havoc on ecosystems and diminishing natural seaweed stocks, seaweed farming is basically nonexistent. Though seaweed has seen a rise in popularity, more than 90 percent of the seaweed we eat in this country is imported from Asia. Yet, similar species grow in abundance right in California. There’s a local strain of kombu, used primarily in miso soups, as well as a local wakame, popular in seaweed salad. California is home to a number of other unique and desirable seaweed species. 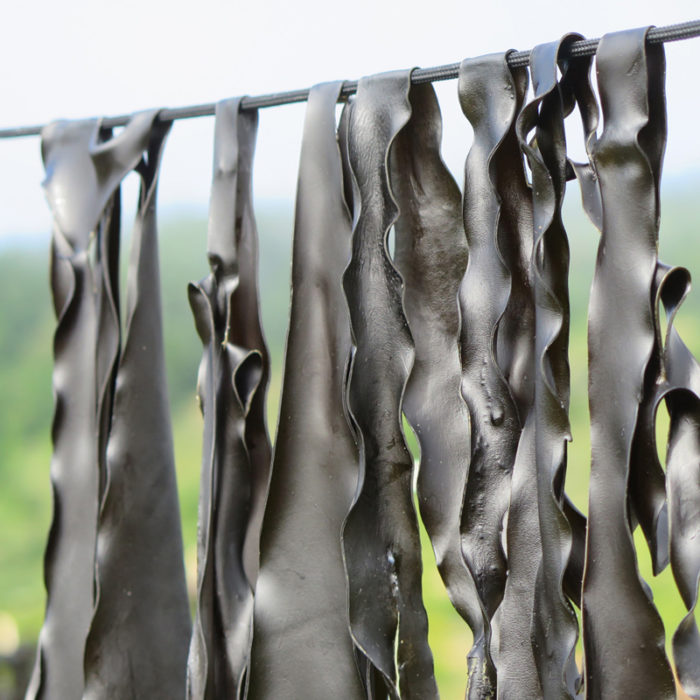 The women of Salt Point are hoping to make a name for these local varieties. While keeping up their harvesting, they’ve also launched a pilot program, in tandem with Hog Island Oyster Farm in Northern California’s Tomales Bay, where they’ll grow seaweed alongside shellfish on long floating ropes. They’re focusing their efforts on Gracilaria, a red seaweed coveted for use in the eminently trendy poke bowl. “There’s not that much information about how to farm this,” Emmer says, “so it’s a work in progress.” Once Pacific herring nesting season ends this February, they will affix the seaweed to lines, formalizing the first such polyculture farm on the West Coast.

The project is not entirely without precedent. Small seaweed farms have been popping up in Maine and the Long Island Sound, many relying on a polyculture model pioneered by University of Connecticut professor Charlie Yarish. Indeed, Salt Point owes a debt of gratitude to forebears like Bren Smith’s 3-D ocean farm, Thimble Island Oyster Company, a pathbreaking oyster and seaweed aquaculture operation in New York that has garnered national attention (the fruits of Smith’s labor have also surfaced on menus at some of New York City’s trendiest restaurants). But the East Coast allows seaweed farmers to rent aquatic acres—which is not the case out west, where the permitting process has heretofore kept seaweed cultivation in private tanks, on land. 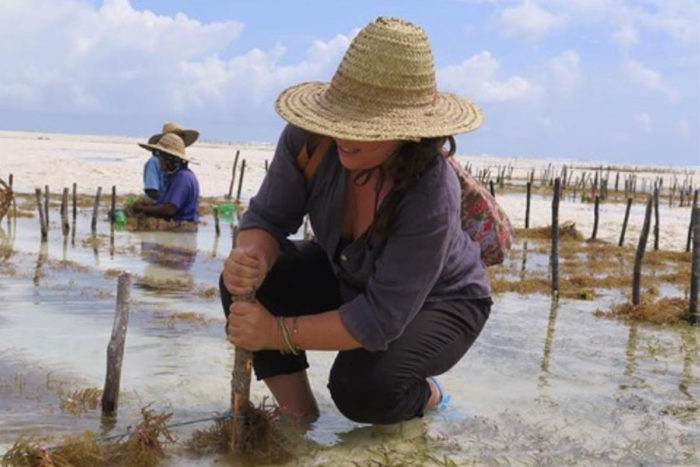 Of course, seaweed is not a panacea for a highly unsustainable food system. And its production comes with inherent risks: A document produced by the UN’s Food and Agriculture Organization warns that converting ocean plots into active farms could disrupt extant habitats, though research on that is limited. If non-native species were introduced to native ecosystems, that could be a disruptive force.

Still, with no fertilizers, no pesticides, and no freshwater required, there’s reason for aquafarmers to get excited. And the stuff grows fast. “The species we’re growing will double in mass every two weeks,” O’Hare says.

Above all, the women of Salt Point insist, it’s delicious. “I don’t think I initially loved the taste of every seaweed I put it my mouth. But once you start cooking with it, it gets addicting. It’s insanely healthy, and you really feel those benefits,” says Emmer. Resor concurs: “It’s so easy to cook with in soups and salads, and it all has umami, which makes it extra tasty and satiating. We eat it in everything.”

This article originally appeared in Sierra Magazine, and is reprinted with permission.

Alexander Sammon is a New York-based journalist. His work has appeared in The New York Times, Vice, and Mother Jones. Read more >