Supporters of a new bill say its purpose is for more equity for low-income consumers, but advocates claim it’s propping up industrial agriculture. 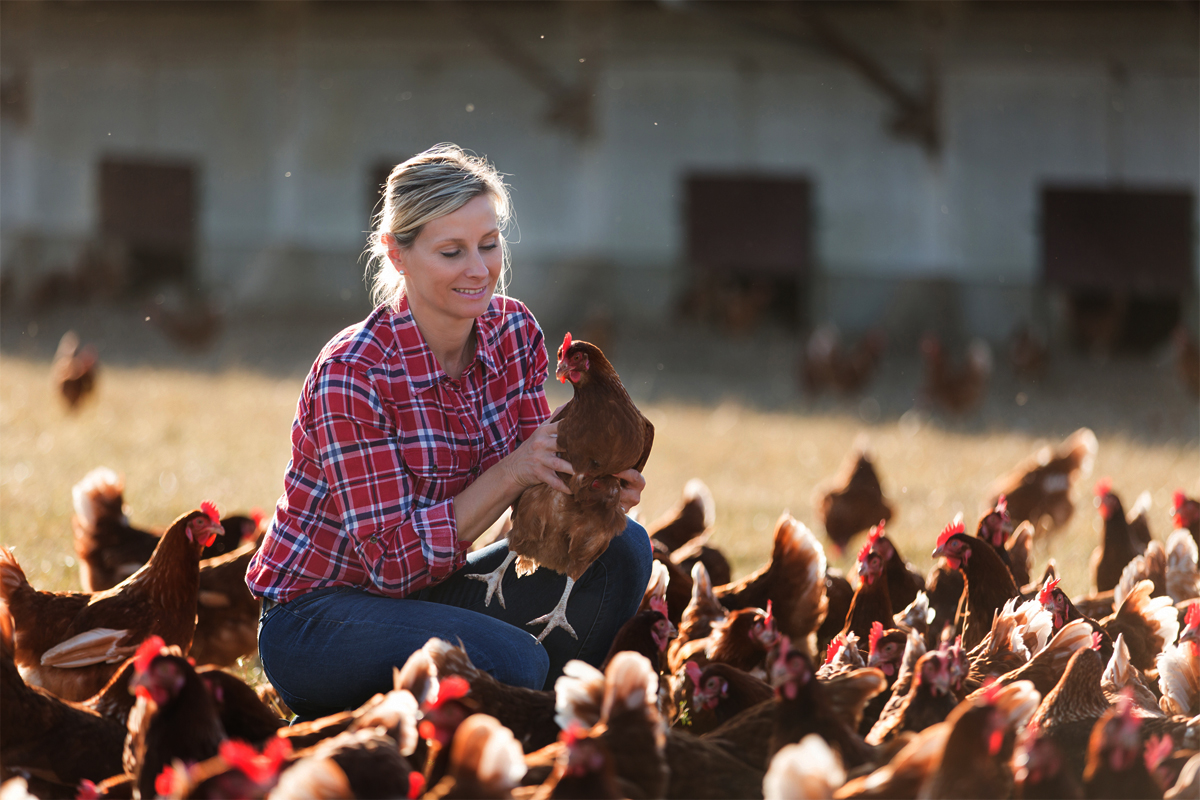 Despite igniting a national controversy, Iowa lawmakers are quickly moving forward with a law that would require grocery stores to sell conventional eggs from hens raised in battery cages if they also sell “specialty” eggs with labels like cage-free and free-range. The House passed House File 2408 at the end of February, and it then passed the Senate earlier this week. The bill has now been sent to Governor Kim Reynolds to be signed into law.

Animal rights and food safety groups like Mercy for Animals and the Humane Society of the United States (HSUS) are fighting against its passage, urging governor Reynolds to veto the law. The stated intent of the law is to guarantee access to eggs for low-income recipients of the Special Supplemental Nutrition Program for Women, Infants, and Children ( WIC) benefits, who are not allowed to buy cage-free eggs. (More on that below.) However, advocates say it’s a blatant attempt to prop up the caged-egg industry at a time when American consumers are demanding more humane conditions for farm animals.

“Each hen caged by the egg industry has less space than the dimensions of an iPad,” said Chris Holbein, public policy director of farm animal protection for HSUS. “Not only is this extremely cruel, but it increases food safety risks.”

Iowa is the leading producer of eggs in the country, and its caged egg industry purchases massive amounts of the state’s commodity corn and soy for feed. Representative Jarad Klein, who introduced the bill in the House, has received considerable campaign contributions in the past from agribusiness companies and groups with a major stake in those industries, such as Monsanto and the Iowa Corn Growers Association.

“As a proud Iowa egg producer and small sustainable and traditional family farmer, I know firsthand just how harmful industrial animal agriculture has been to the Iowa way of life,” farmer Becky Higgins wrote in recent an op-ed in the Des Moines Register. “The government has no place mandating that grocers must sell a product that family farmers, businesses, and consumers reject.”

Opponents of the law also say it is anti-free market. “During this whole movement of going from caged to cage-free, the big argument that was given by the same agribusiness groups, was that we should let the market make these decisions,” said Matt O’Hayer, founder of Vital Farms, the country’s largest producer of pasture-raised eggs. “All of a sudden, now that the market has made a decision, they’ve come back and said, instead, that they want to use legislation to force grocery stores to sell these [conventional eggs].”

Whether it’s ultimately enacted or not, the law points to a larger battle that will continue to play out as conventional egg producers look for ways to hang onto as much of the market as possible as more retailers and consumers choose alternatives like cage-free, pasture-raised, and organic.

Details and Implications of the Law

Despite receiving national attention, the immediate implication of the bill is that it could slow the tidal shift toward cage-free eggs, at least in Iowa.

The legislation applies only to grocers that accept benefits through the U.S. Department of Agriculture’s (USDA) WIC program, a supplemental nutrition program for low-income mothers and their children. It also only applies to grocers that sold conventional eggs before January 1, 2018. That means stores that already only sell cage-free eggs would not be affected, and new grocers that make that choice would also be exempt.

The retailers most likely to be affected are grocers that have made commitments to switch to entirely cage-free within the next few years. Walmart, for example, has close to 60 stores that accept WIC benefits in Iowa and has pledged to transition to a completely cage-free supply chain by 2025. Under this law, its Iowa stores would have to reverse course.

Why can’t WIC recipients buy cage-free eggs? While the USDA does not mandate the exact type of eggs WIC recipients can buy, some states do, in order to keep purchasing within budget constraints. In Iowa and many other states, that means WIC recipients are not allowed to buy eggs that make “any special health claims.”

In other states it’s even more specific. New York, for example, specifically omits from WIC eggs labeled cage-free, free-range, or organic. In other words, if all grocery stores in New York started only selling cage-free eggs tomorrow, recipients of WIC wouldn’t be able to buy eggs with their benefits at all. Since nearly all of the country’s national grocery chains have committed to switching to cage-free, those WIC requirements may have to be reconsidered.

In Iowa, critics say the state lawmakers are using the government assistance program as a ploy, since some of the biggest grocery chains, like Hy-Vee, have publicly said they would not make the switch. Advocates say that shows that the bill’s real objective is to prop up agribusiness.

But the tactic draws attention to what could be a real issue as consumer demand shifts toward eggs from chickens raised in more humane environments generally. According to the UDSA Livestock, Poultry, and Seed Program, the percentage of egg-laying hens being raised cage-free compared to all egg-laying hens in the U.S. rose from just over 3 percent in 2007 to over 16 percent in 2018.

“More than 200 of the world’s leading companies, including Walmart, Costco, Dollar Tree, and McDonalds are switching exclusively to cage-free eggs because doing so is better for their customers and for animals,” said HSUS’s Holbein. And while Iowa egg producers may think this law will help them in the short term, he says, it goes against their long-term interests, because they “will inevitably have to meet the growing demand for cage-free conversions by consumers and retailers,” he said.

In other states, momentum to pass cage-free laws have moved in in the opposite direction. California’s Proposition 2 was the first state law to ban the confinement of chickens in battery cages. In Massachusetts in 2016, 77 percent of voters approved a measure that would only allow cage-free eggs to be sold in the state after 2022. In both states, however, those laws are being challenged in lawsuits brought by other states.

And even with the passage of those laws, there remains plenty of uncertainty about truth-in-labeling on “free-range” eggs. Earlier this year, Walmart was hit with a class-action lawsuit alleging the retailer and Cal-Maine Foods misled shoppers by describing eggs from hens raised in eight windowless structures in Kansas as coming from birds “free to roam, nest and perch in a protected barn with outdoor access.”

The battle, then, will continue—in Iowa and across the country.