As the Trump administration threatens the Affordable Care Act, medical experts are connecting the dots between a stable, healthful diet and disease prevention. 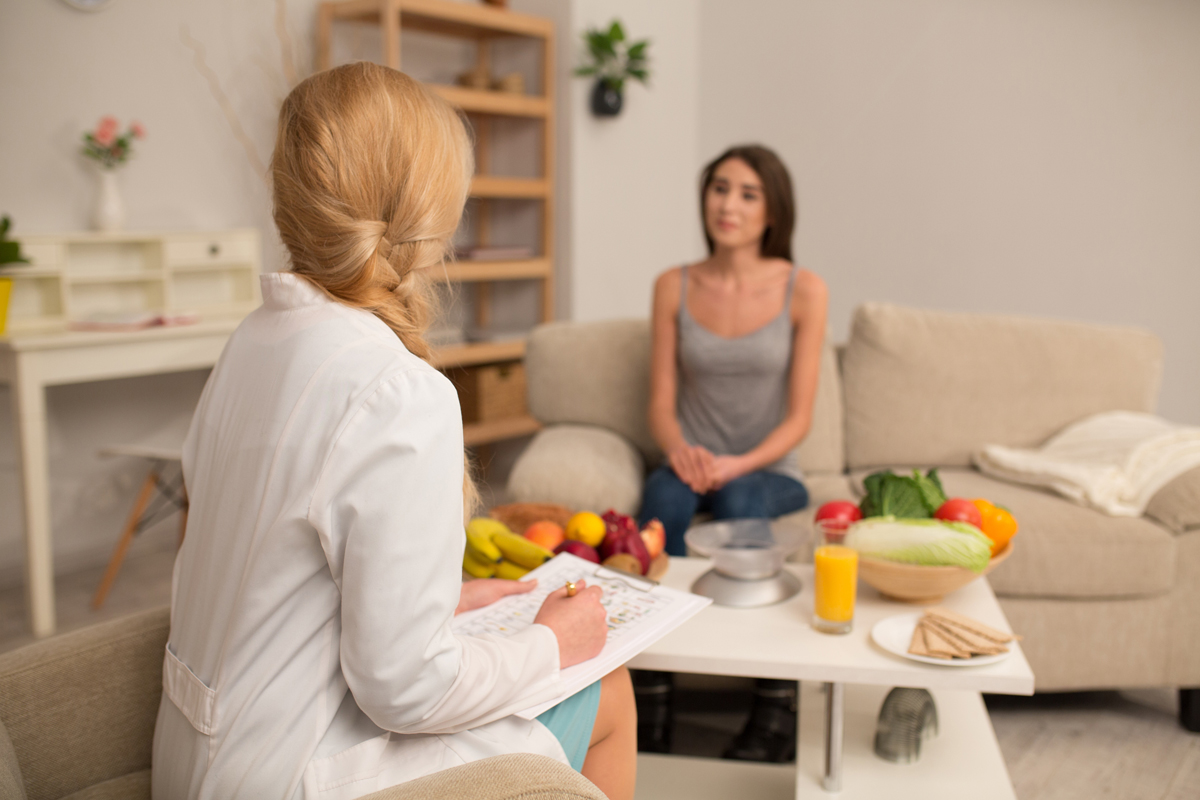 The first patient to answer yes was a woman who had come in to give birth. She admitted to the hospital staff that she had skipped her prenatal appointments so that she could afford to buy food for her family. When she was discharged with her newborn, the hospital provided the new mother with a large box of food and a contact at the local food bank.

“When I was approached about the possibility of partnering [with a food bank] and providing food boxes to patients with food insecurity, I knew it was the right thing to do,” said Robin Fox, Director of Care Management for the Appalachian Regional Healthcare System, which oversees the food insecurity screening process at the medical center.

During the past year, Congress has stripped down the Affordable Care Act (ACA) and the Trump Administration has proposed gouging, if not reshaping, the federal Supplemental Nutrition Assistance Program (SNAP). While these policy changes threaten to put the most vulnerable Americans at higher risk for food insecurity, experts throughout the medical field have begun connecting the dots between a stable, healthful diet and the prevention of many illnesses.

With community health and their bottom lines in mind, many health clinics, hospitals, and provider networks across the country have stepped in to make healthier food available to more people in their communities.

Hunger, once perceived in a vacuum, is now being seen as a health problem that impacts over 40 million Americans, with costs estimated at $160 billion per year. This acknowledgment is shifting the models of service and funding priorities throughout the health care industry to keep people healthy and reduce costs.

The examples are everywhere: In southeastern Michigan, the Ypsilanti Health Center opened its own food pantry in May 2017 and served over 700 patients and their family members in the first month. In January, a branch of Catholic Health Initiatives in Southern Pennsylvania launched a program to provide free formula and baby food to any family with a child under one year old.

In rural Oregon, the state-appointed Coordinated Care Organization (CCO) recently voted to channel all Medicaid funds to Veggie Rx, a program that allows doctors to “prescribe” patients fresh fruits and vegetables using vouchers. And large-scale health care providers such as Boston Medical Center, Arkansas Children’s Hospital, and ProMedica in the Midwest have restructured to integrate a range of food programs: from “food pharmacies” and cooking classes to hospital gardens and food bank donations.

In the U.S., food insecurity declined from a high of nearly 15 percent of American households in 2011 to 12 percent in 2016. But the scope of the problem—and its profound implications on health—has only recently begun to sink in.

“Food programs can help people manage their chronic diseases, such as diabetes and heart disease, and it can reduce hospital readmissions, which is a huge burden on our healthcare system,” said Fox.

Alicia Cohen, MD, a clinical researcher at the University of Michigan’s Department of Family Medicine who studies food insecurity and health, says she’s seen a big shift in public consciousness. Just a few years ago, she said, people often asked her, “What does medicine have to do with food?” Since then, however, she says there has been this snowball of interest.

Research has clearly established the link between food insecurity and diet-related disease. But practitioners and providers now recognize how the lack of regular and reliable access to nutritious meals can prolong healing and recovery from other conditions. According to the 2014 report, Hunger in America, two-thirds of American households are frequently forced to decide between paying for food or paying for medicine. And people who can’t afford enough food suffer side effects including stress, anxiety, and depression that can impact other health outcomes as well.

The Affordable Care Act, enacted in 2014, reoriented health care away from a fee-for-service model and required nonprofit health care systems to conduct community health needs assessments. By doing so, says Cohen, the ACA, “made the soil more fertile to address food insecurity.” Medicaid and Medicare expansion also tied payments to positive health outcomes and penalized readmissions. But, according to Cohen, there are other key undercurrents that have shifted the medical mindset.

When Cohen conducted a study at the Ypsilanti Health Center in an ethnically diverse region in Michigan, the staff was already aware that many patients struggled to access enough nutritious food, whether they were enrolled in SNAP or not. But the screening results shocked them: 85 percent of the center’s patients reported experiencing some form of food insecurity within the last eight months. The staff mobilized to offer nutrition classes and maps to farmers’ markets in hopes of encouraging patients to use the statewide SNAP match benefit called Double Up Food Bucks. They also started a food pantry at the medical center.

Science Has Changed the Conversation

Two decades of research has changed the conversation about food within the medical community. According to the University of Wisconsin Population Health Institute, what happens between a doctor and patient within a clinic or hospital impacts 20 percent of health outcomes—at most. The Institute published a research-based model that illustrates the host of factors that have the greatest impact on health status and life expectancy, including income, employment, transportation, and community safety. It has become clear that health care providers must also address these social determinants of health and the health behaviors largely determined by the conditions in which people live.

“Access to food interacts with income, employment, housing, and transit,” said Julie Willems Van Dijk of the University of Wisconsin Population Health Institute. “If you look at our model and you think about money, way more than 20 percent of the money in health goes to clinical care.”

Children are a critical group for food insecurity interventions to prevent many child development issues. Research released by Children’s HealthWatch shows that when children under four years old are food-insecure, they are “56 percent more likely to be in fair or poor health” and “60 percent more likely to be at risk for development delays.” Programs like the one St. Joseph Children’s Health created to provide free formula and baby food are important, because food insecurity affects many households living well above the poverty line and is significantly higher in families with children.

The food insecurity initiatives Civil Eats found all depend heavily on partnerships with community-based organizations. For example, Sarah Sullivan is the director of Gorge Grown in Hood River, an agricultural region of Oregon. She coordinates one of the most extensive Veggie Rx programs in the country: It partners with 40 health care providers, a network of local farmers, and 30 grocery stores in five counties. During the past year, resources from health care partners, including Columbia Gorge Health Council, have poured in, allowing the nonprofit to plan two and three years ahead.

This is a sea change for people like Sullivan, who has worked in social services her whole career. “These partners who may have been a little skeptical about our work a few years ago are making investments in the stability of our organization,” she said. The Eastern Oregon CCO’s recent decision to direct Medicaid funding for food is further evidence of the newfound commitment to addressing food insecurity where people need it most. In rural towns 50 miles from any grocery store, people who could only buy high-calorie, low-cost foods now have access to fresh foods. “It just completely changed the landscape of food there,” added Sullivan.

Health care’s involvement is also changing how food assistance and nutrition programs operate within communities. In Michigan, Cohen’s research has shown that simply providing patients with information about community food resources in the waiting room of the health center can help patients get access to healthier foods”. The doctor’s office does not have the stigma of the food bank, so it can be a place where patients are more comfortable asking for help. “The key to me is figuring out how we can break down the silos and facilitate partnerships between providers and community,” said Cohen. “How amazing would it be if there was a feedback cycle and ongoing communication in such a way that [patients are] getting community information.”

In North Carolina, Elizabeth Young, Director of the Hunger and Health Coalition, which runs the food bank providing the food boxes and services to food insecure patients at Watauga Medical Center, is witnessing breakthroughs. “There’s a general openness from the hospital administration that has been sweeping over the nation for the past two, three years. This is something that has not happened before in the High Country and has not happened before in North Carolina,” she said. “We’re able to create a larger safety net in our community.”