As mega-retailers like Amazon-Whole Foods and Costco go after their customer base, community grocery stores are being forced to reinvent to stay relevant. 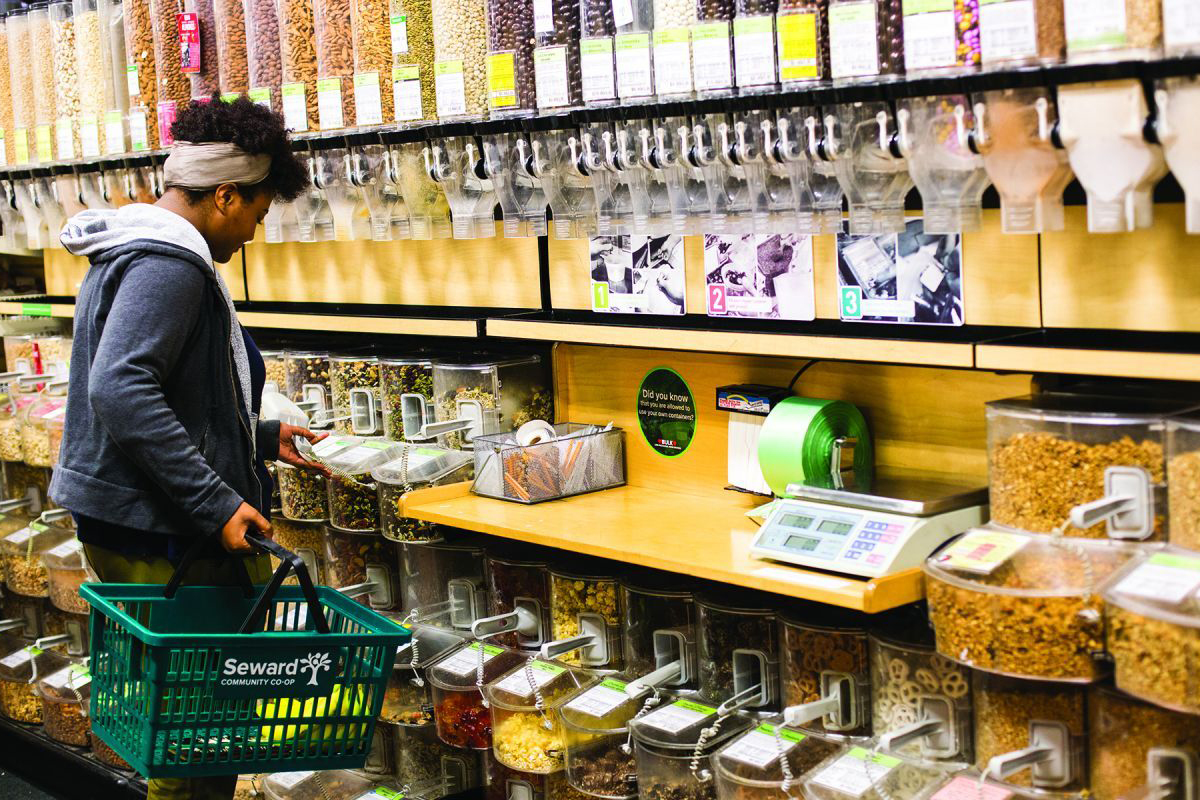 The Good Earth Market food cooperative in Billings, Montana, which opened its doors 23 years ago, closed in October 2017. Over the last few years, the long-loved community market had a hard time keeping up with increasing competition.

“Costco and Walmart and Albertsons and everyone has organic,” said Carol Beam, board president of the market for the last 13 years. “We knew what we needed to break even every week, and every week we were anywhere from $8,000 to $10,000 short.”

It’s not just in Montana—around the country, food retail is in a state of upheaval. In addition to co-ops being squeezed out of the organic food market they once largely provided, conventional grocery stores are also facing pressure from online retailers. And though food co-ops are no longer the easiest, or even the cheapest, way to access organic and local foods, those that have succeeded for the long haul may offer signs of hope for local economies.

C.E. Pugh, the chief operating officer of National Co+op Grocers (NCG), a cooperative providing business services for 147 food co-ops in 37 states, said co-ops began seeing a change in their fates starting in 2013. “The conventional grocers got very serious for the first time about natural and organic and added lots of products,” he said. “The impacts manifested themselves almost overnight in 2013.”

NCG has seen six cooperatives close since 2012, but has also welcomed 23 new stores in that same period, some of which were newly opened co-ops, and some of which already existed but had not yet joined NCG. The Minnesota-based Food Co-op Initiative, a nonprofit focused on helping new co-ops open and thrive, supported the launch of 134 co-ops in the last 10 years. Of those, 74 percent are still in business. 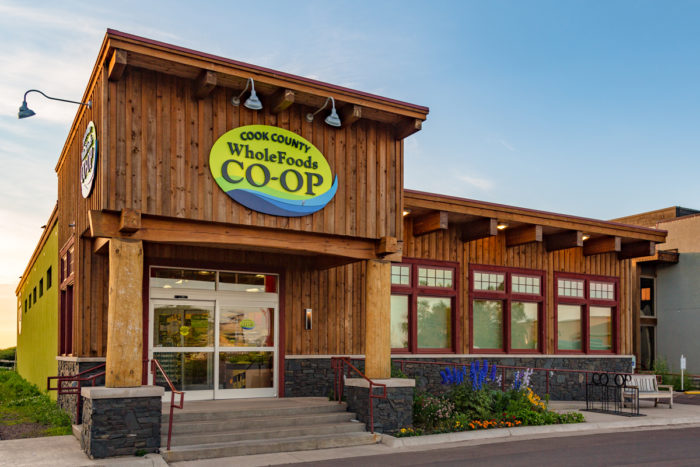 While the number of food co-ops in the U.S. is growing overall, some are still struggling against an influx of available local and organic markets. As co-ops face increased competition from mainstream retailers, advocates are considering how to distinguish themselves—and how to adapt to ensure survival.

The Rise of Organic in Conventional Grocery Stores

After 40 years, the East Lansing Food Co-op (ELFCO) in East Lansing, Michigan, closed in February 2017. “I have anecdotal evidence that when the co-op was started in the 1970s, there was almost no access to organic food whatsoever,” said Yelena Kalinsky, president of the co-op board during ELFCO’s last year. “Now there are a number of ways.”

One of which was likely a Whole Foods, which opened a store in April 2016 a mere 200 yards away from ELFCO. Even besides Whole Foods, there were already other natural grocers in town, such as Fresh Thyme and Foods for Living.

“Even Kroger has an organic foods section that’s doing very well,” Kalinsky added. “The positive spin is that we achieved our mission of making organic and local food possible. But after Whole Foods and Fresh Thyme came in, our numbers went down.” In May 2016, sales were down 20 to 30 percent over the previous year, which the co-op blamed on stronger competition.

Annie Knupfer, professor emeritus of educational studies at Purdue University and author of Food Co-ops in America: Community, Consumption, and Economic Democracy, acknowledges the abundance of organic food purveyors in today’s marketplace. “I think today the question would be, why a food co-op, when there are so many other options, like farmers’ markets, CSAs, organic food stores,” she said. “Unless you have a strong commitment to the ideals of food co-ops, you have a lot of options.”

Pugh of NCG echoed this sentiment when discussing the ways conventional mega-retailers like Costco, Walmart, and Kroger encroached on the organic market. Currently, Costco is the largest retailer of organic food in the U.S., with four billion dollars in annual organic sales in 2015, while Whole Foods had $3.6 billion. And in 2017, Kroger reportedly broke $1 billion in sales of organic produce.

“This new thing with the conventional [retailers] was kind of insidious, and people didn’t quite see that,” he said. “[Co-op leaders] thought, ‘Our customers won’t go there,’ but they were already there, buying products the co-ops don’t carry, like Charmin. And so they’re there anyway, and then they see organic milk, and they think, ‘Oh that’s a good price.’”

Distinguishing Co-ops from the Competition

“Each individual co-op and each individual community has to determine its relevance today,” Pugh said. “There’s no question of what its purpose was 10 to 20 years ago, when it may have been the only source or the best source of organic products. [But] why is it relevant today?” 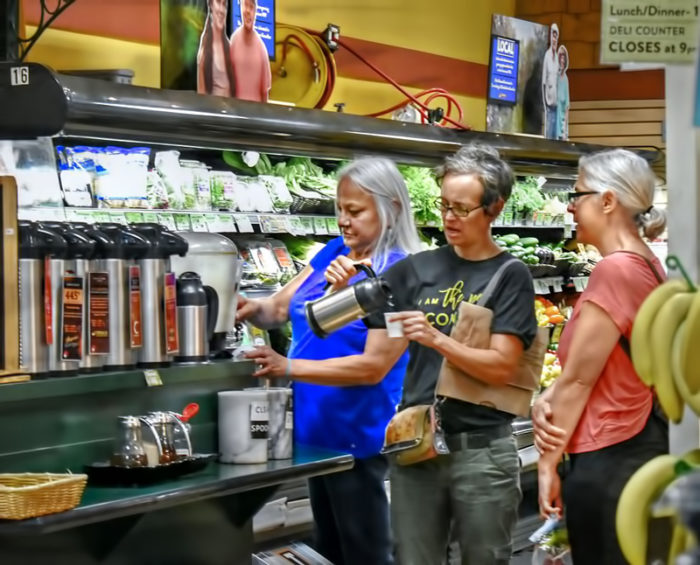 Co-ops do this in a number of ways, including hosting community events, organizing local producer fairs, meet-your-farmer events, and other community-building activities. Some co-ops, including the Missoula Food Co-op, which closed at the end of 2017, and the highly successful Park Slope Food Co-op in Brooklyn, have tried to build community and lower prices through a worker-owner model. For most of its existence, the Missoula Food Co-op required all members to work in some capacity for at least three hours a month, and only members were supposed to shop at the store.

However, this was a controversial policy. The time commitment was a limiting factor for some people who might have otherwise joined and supported the co-op. Kim Gilchrist, a board member at the Missoula Food Co-op, thinks that the worker-member policy hurt the organization in a number of ways. Adding the work requirement on to the store’s out-of-the-way location may have sent potential members to more easily accessible retailers, and she says the co-op didn’t do enough outreach in its neighborhood to be economically sustainable.

Gilchrist also believes the worker-owner model might have hurt the co-op through inferior customer service. Worker-owners, not being employees, did not go through a long training, and didn’t have to worry about being fired. When the store opened to non-members, it was still staffed by unpaid, part-time member-owners. The customer service, or lack thereof, became a problem.

Adapting to Compete in the Changing Market

While some co-ops are struggling, others are succeeding in a changing market with different adaptations. “The market has gotten tougher, but the difference has been that our member co-ops have been adapting,” NCG’s Pugh said. “As the competition got tighter, management at the individual co-ops just buckled down to find ways to get better.”

Some co-ops, like the Harvest Co-op in Cambridge, Massachusetts and the Food Front Cooperative Grocery in Portland, Oregon have begun offering online sales. Others, like the Seward Community Co-op in Minneapolis, Minnesota, are focusing on ensuring diversity in the food co-op landscape. 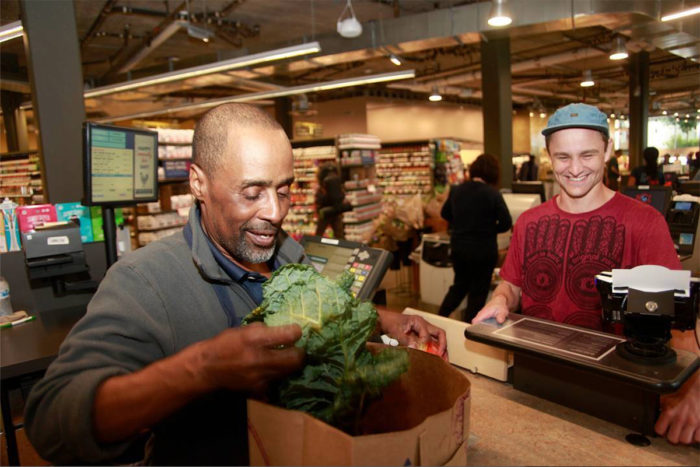 Meanwhile, as Whole Foods adapts to its recent acquisition by Amazon, its role as a local foods purveyor has come into question. As it operations are centralized, co-ops may be able to reclaim their role as the best place to buy local food products and support local producers.

Allan Reetz of Hanover Co-op Food Stores, multi-million dollar businesses with two locations in New Hampshire and one in Vermont, stressed the importance of keeping one eye on the local food system while also watching the broader market. “Cooperatives are a way to build security in your local food system and involve the community at a grassroots level,” Reetz said. “But that does not guarantee anything. You still have to compete in the marketplace you find yourselves in.”

Hanover Co-op Food Stores, which date back to 1936, have expanded beyond a regular food co-op to include things such as delicatessens, a sushi bar, and even an auto service center. It sells co-op staples like tofu and raw milk, but also offers a range of conventional food products like Frosted Flakes in order to be a one-stop shopping location.

Despite growing competition, the co-op is thriving. “It’s not to say we’re doing something extra special others have ignored,” Reetz said. “Grocery retail is a tough business. Co-ops have really established a market that now the big chains have moved into over the years, so there’s a lot of attention paid to the turf that we crafted.”

Across the country in Medford, Oregon, the much smaller Medford Food Co-op, which opened in 2011, is also doing well in this difficult atmosphere. Halle Riddlebarger, the store’s marketing manager, credits the co-op’s success to its relative youth, which she says makes the store nimble and better able to respond to people’s requests.

“We’re not set in our ways from having done something one way for 20 years,” Riddlebarger said. Recently, based on member requests for more prepared food, the co-op opened a café and deli. “Co-ops have to be able to respond to what people want and not take a decade to do so.”

In some rural areas, becoming a cooperative can offer a lifeline for struggling grocery stores. The North Dakota Association of Rural Electric Cooperatives runs the Rural Grocery Initiative under the direction of Lori Capouch. Because so many small, rural grocery stores in the state are struggling, the initiative has helped some become cooperatives, giving these stores the support of the local community. These cooperatives are generally conventional grocery stores, selling all the regular staples instead of focusing specifically on local or organic food.

“I think that that cooperative, community-owned business model is going to become more and more important in these small communities that are at a distance from a full-service grocery store,” Capouch said. “That’s going to be the way to keep fresh foods available for people living and working in small towns.”

Indeed, perhaps the biggest challenge food co-ops face is not the competition from Whole Foods or Costco, but finding the balance between their original ideals and the ability to adapt to what consumers want and need now.

“I think some of us have been a little idealistic, and we need to learn more about how businesses work, because a food co-op is a business,” Purdue’s Knupfer said. “How do you make food co-ops a small business that’s also a community? People need to think outside the box.”