Around the country, resistance to the Trump administration’s policies have spurred a political awakening. These first-time candidates are running on food and farm policy platforms. 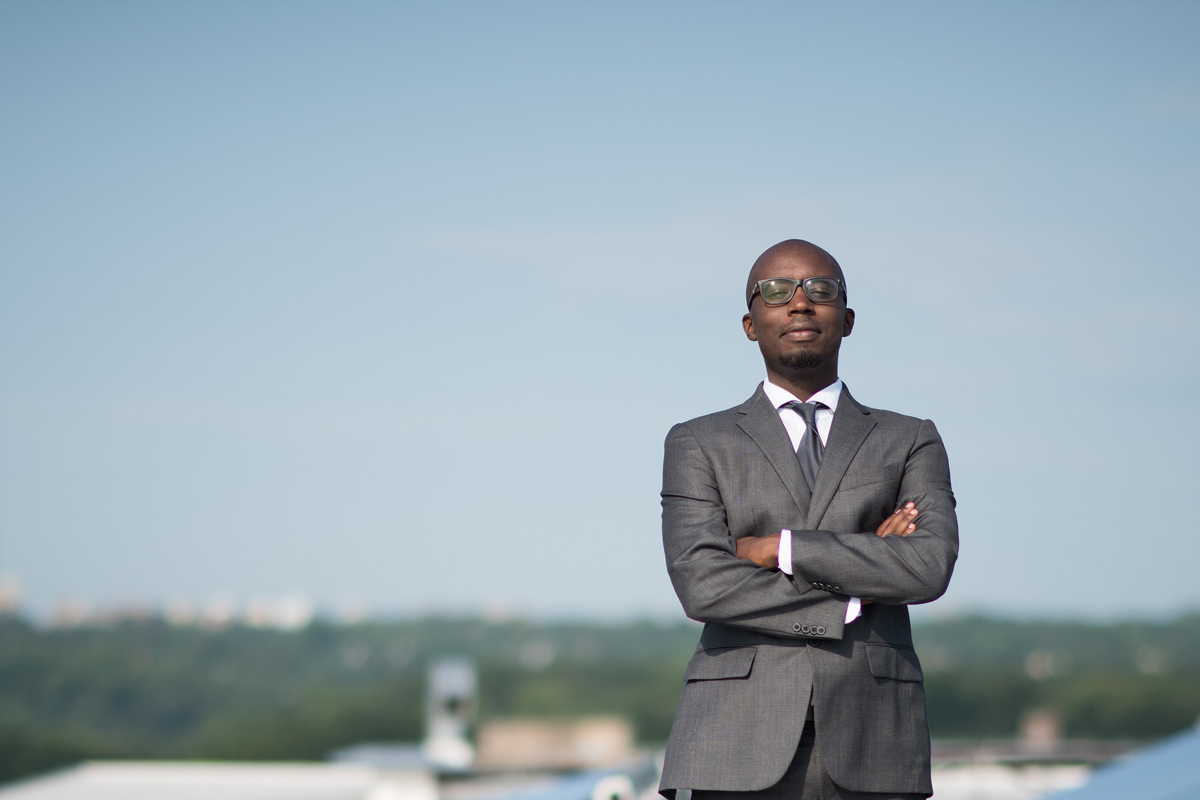 The Trump presidency has been marked by tumult and confusion, but also a reinvigorated sense of engagement with politics, particularly among American progressives. This new-found anger is manifesting as fierce resistance to the Trump administration’s positions and policies, and it is also bringing many new faces into the political arena, as first-time candidates channel their anger toward unseating long-time politicians.

Among the many political newcomers running in this year’s elections are a great number of candidates who seek to represent their communities’ shifting priorities around food and farm policy. As federal regulatory battles around factory farm pollution, agribusiness consolidation, local food, and farmland access come to a head, new political leaders are emerging at the local, regional, and state levels.

Civil Eats recently spoke with some of these emerging voices. Their interests and backgrounds range broadly, but together they’re fighting for reform on many of today’s top agricultural issues. (If you know of others, please let us know.) 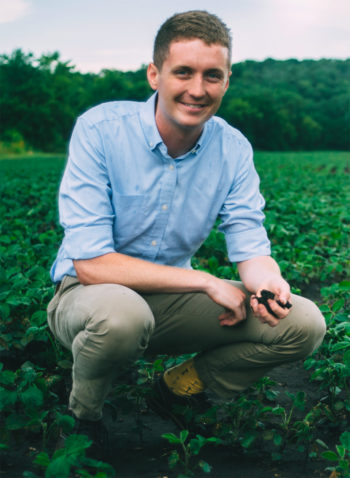 has received national attention since he launched his campaign for Congress last August. The seventh-generation Iowan is quite different fromDavid Young, the incumbent he’s challenging. At age 28, Frerick is 21 years younger, a Democrat, and a vocal advocate for social and economic justice. Two of his heroes are RuPaul and Louis Brandeis. In a battleground state with complicated farm politics, he’s a voice for younger environment and agriculture advocates who want to see a change to the status quo.

A staunchly anti-monopoly candidate, Frerick has come out against the Monsanto/Bayer merger and other consolidation efforts in the agriculture industry. And he’s trained his sights on Iowa’s powerful agricultural players. “Iowa has [seen a] collapse in commodity prices over the last few years. It’s on everyone’s minds,” he told Civil Eats. But, “we’re seeing the pillars of the agriculture community, like [the American Farm Bureau Federation], not speaking up.”

Frerick has taken on Iowa’s Farm Bureau chapter in particular, drawing attention in recent weeks to the organization’s apparent investments, through its insurance arm, in companies like Tyson and Monsanto. To Frerick, these investments indicate that “they’re clearly not putting farmers first.”

Frerick is also invested in bringing better food to the state’s residents. “It’s expensive to eat healthy in this country,” he says. “Iowa has a quarter of the country’s best soil. Yet in a lot of these small towns, I can’t get a meal where any part is sourced from anywhere in the state. Good food shouldn’t be a privileged thing.”

In that vein, he’s been working with Chef Alice Waters to craft a farm bill program that would bring a version of Waters’ Edible Schoolyard Project to a national scale. He calls it an “updated version of home economics,” with grant programs for schools to build farms and cooking classrooms. Frerick received Waters’ endorsement last December.

“We’re living under that Earl Butz model still,” Frerick says, referencing President Nixon’s Secretary of Agriculture, who famously encouraged farmers to plant “fencerow to fencerow,” and to “get big or get out,” which became a rallying cry for modern industrialized agriculture. But Frerick thinks “we can use this moment to redefine agriculture.” 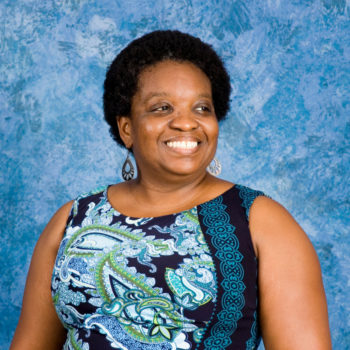 Brandy Brooks learned about urban agriculture through a work project as a form of community design and she was taken with the concept the idea of “growing in the city.” She loved the idea of gardens and farms providing food for urban neighborhoods. But she was also interested in the idea that, through food production, “communities that had been facing a lot of disinvestment and discrimination could bring land back under their control.”

It was that draw to unite food, politics, and social justice that brought Brooks deeper into food policy. “I became kind of an amateur expert,” she says. Soon, she was working at the Food Project, a sustainable agriculture organization in Boston. From there, she moved to Maryland, where she worked at Dreaming Out Loud, a food justice nonprofit in Washington, D.C. She’s also worked with numerous other agriculture organizations, including the Northeast Sustainable Agriculture Working Group as their annual conference organizer.

“Our food system typically isn’t raised as a political issue,” says Brooks. But she wants, to be talking about food “in a more systemic context, that has to do with the economy, and with political decisions about which communities get resources.”

That messaging is at the core of Brooks’ campaign for an at-large seat on the Montgomery County Council. She’s calling for better farmland access in the county, support for small-food-business entrepreneurs, and culturally appropriate food assistance services. And she links healthy food access to meeting other basic needs, such as access to transportation, housing, and freedom from discrimination.

“Food is this amazing lens for talking about justice,” she says. “You could be talking about land use justice, racial justice, economic justice, immigration, health justice, housing—you can talk about everything through the lens of food.” 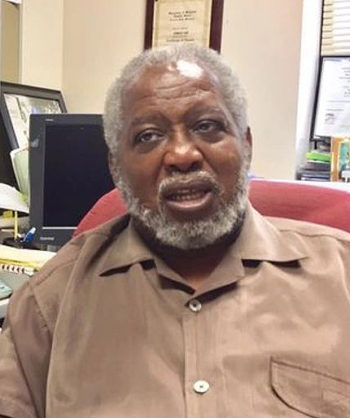 Dr. Kirkland Hall grew up in Somerset County, Maryland, working on small farms, picking strawberries, cucumbers, or whatever was in season. “We had to do that in order to survive,” he says. Those experiences motivated him to go to college, to work towards a better future for his family. But as he moved through his education and began working—he is an instructor in the School of Pharmacy and Health at the University of Maryland Eastern Shore—he saw his peers move away due to the lack of good job opportunities in the county, and watched the poultry industry take root in the region.

A longtime civil rights activist, Hall has in recent years turned his attention to organizing against the expansion of large-scale poultry farming on the Eastern Shore. And he has witnessed how the growing number of chicken houses has meant adverse health and environmental consequences for many in the area. Hall’s daughter moved away, in part because the air quality aggravated her asthma.

As a candidate for the Maryland House of Delegates, Hall hopes to address some of the chronic health and economic issues that have plagued the region as the poultry industry has become a powerful economic player. “We don’t have anyone monitoring the poultry industry, monitoring the waterways,” he says. If elected, he would work to locate poultry houses in less residential areas and better regulate the ones that already exist.

Hall feels that the growing chicken industry is decreasing job opportunities. “I think the poultry industry is running other businesses away from the county,” he says. Currently, Somerset County is the poorest county in the state, and poultry represents nearly 90 percent of the county’s agricultural sales.

He notes that as a young boy exploring the county, the local streams were clean enough to drink from. Now, they’re polluted with farm runoff. “We’ve got to protect the future of not only our environment, but also for our young people.” 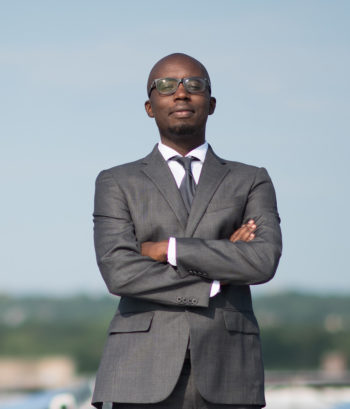 has been a leader for years on many social and environmental issues in his hometown of Washington, D.C. Themes of community economic development, sustainability, and workplace equity run throughout his campaign platform. But much of his background and organizing experience is in food.

“Food is one of those things — [if] you can make it equitable, you can really transform a lot.”

Lowery has explored all of those connections in his work as an organizer in the region. As a staffer at Common Good City Farm, he held workshops on gardening and health for low-income D.C. residents. As an organizer with the Restaurant Opportunities Center (ROC), he worked on campaigns for better sick leave and to fight sexual harassment in the restaurant industry. And as a founding member of the D.C. Food Policy Council, he worked to bring the Good Food Purchasing Program to the city.

Lowery says his own early struggles with food insecurity have helped him work with lower-income and low-food-access communities to learn which issues affect them most. “I’ve been able to … speak to my experience when I talk to the residents,” he says.

As for the city’s food policies, Lowery has lots of ideas, many of them more creative than the typical municipal proposal. He hopes to see a central processing facility that would make it easier to include more local ingredients in the city’s school meals, a city-wide composting program, and [stronger] workplace protections for food service workers.

He’s also thinking about the effects of rapid gentrification. “When we think of displacement … we think of houses,” he says. “We never really think of small businesses.” Commercial rent control would be one way to keep small food businesses, and their employees, in operation, he says. 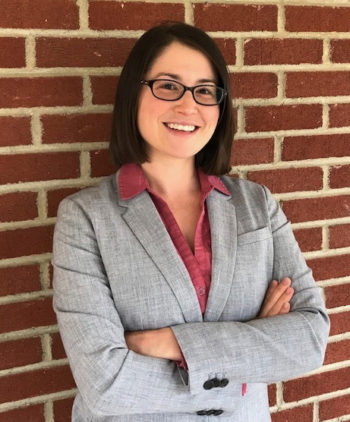 has been a committed booster of local food systems for many years from her home in McConnellsburg, Pennsylvania. As the general manager of the Tuscarora Organic Growers Cooperative, she helps farmers from 40 Pennsylvania farms get their products to market around Pennsylvania, New Jersey, Maryland, and D.C. Now, in her campaign for a state senate seat, she is running on a progressive platform that unites many of the issues facing rural America.

A major focus for Best is consolidation’s effects on rural communities. “Our small businesses that open on Main Street sometimes struggle to compete with the larger corporations that come in and sell cheap products,” she says. “People want to support their local businesses, but in many of these rural communities it’s difficult to do when people are struggling to make enough wages.”

Best has also thought a lot about one of the biggest issues plaguing farm advocates in recent years: how to keep farmers on the land. One way? Make it less expensive to farm. “Each year there seems to be more regulatory processes that [small farmers] have to engage with,” she says. “It’s causing a lot of stress and expense.” Best suggests that federal and state farm policy should do more to support small farmers with the expenses associated with audits, certification, and food safety inspections.

Pennsylvania is an agricultural state, where agribusiness interests have a loud voice in the state’s capital. But Best sees herself as a new voice that is “a bit more independent-minded than some of the invested agricultural interests.” She says her identity as a passionate Democrat, a working mom, and an advocate for local economic development sets her apart.

“It’s still a very, very tough environment to be able to raise a family on [while] farming,” she says. “And if we want to encourage that in the central Pennsylvania region, then we need to have people in Harrisburg who have been there and done that work and have those relationships. I work with these small farmers every day; I know what their concerns are.”