Food leaders in Madison and around the country are helping underserved populations and short-handed restaurant kitchens. 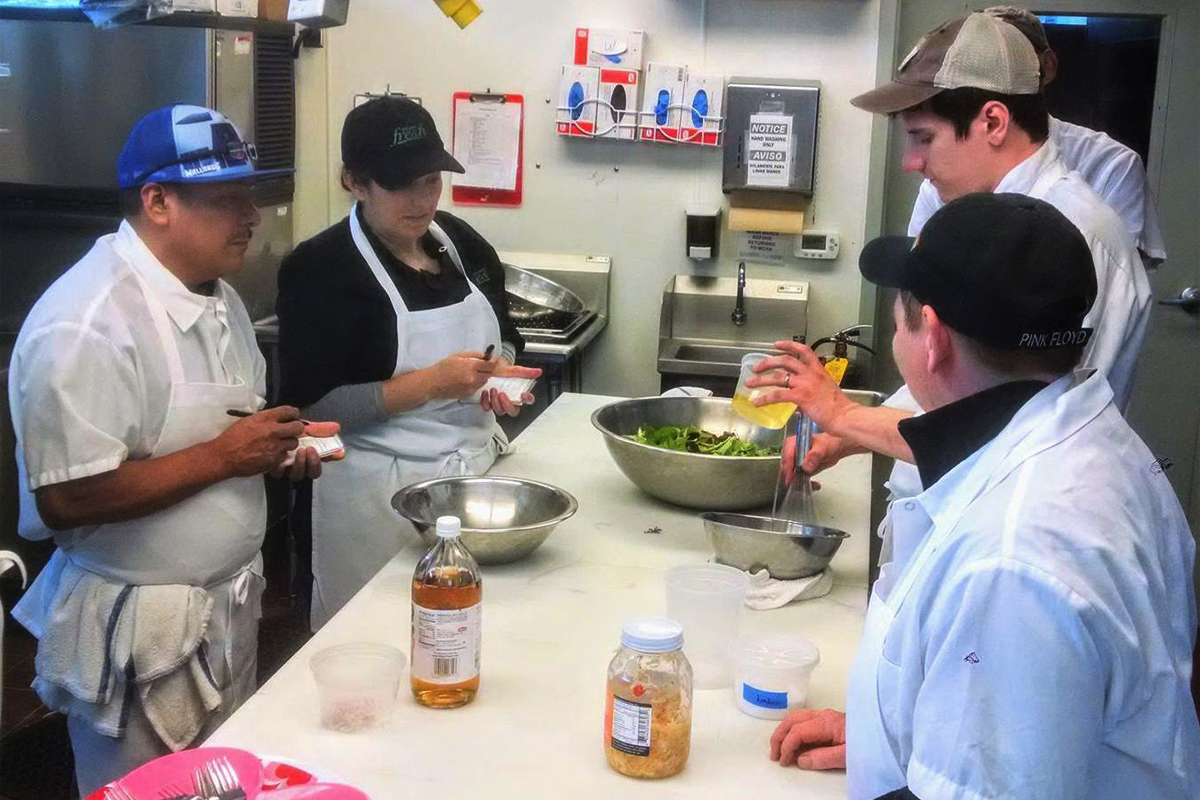 Madison, Wisconsin-based Chef Jonny Hunter has a passion for hand-crafted, local food. The charcuterie produced by his company Underground Meats has won three Good Food Awards. His meat-centered restaurant, Forequarter, was nominated as one of the best new restaurants of 2013 by Bon Appétit, and he was nominated for “Best Chef: Midwest” Semifinals of 2017 by the James Beard Foundation.

With all this success, it’s hard to believe that he can’t find enough cooks to staff his kitchen.

“Casual fine-dining places have been opening with much more frequency,” Hunter said. “After the industry started to grow, [our] labor supply dried up pretty quickly.”

Amid historically low unemployment in Wisconsin and around the country, it’s perhaps no surprise that finding kitchen help is a major challenge for restaurants. But widespread employment isn’t evenly distributed—many minority populations still face chronic unemployment. To address that unemployment crisis, and to build a more diverse workforce, Hunter reached out to people who were systematically under-employed. In 2014, he joined with two other like-minded individuals, Matt Feifarek of Slow Food Madison and Chandra Miller Fienen of Starting Block Madison, to form FoodWorks Madison.

At the top of their agenda was to develop First Course, a job-training program tailored to produce cooks ready for a kitchen job in three weeks. Their first cohort graduated in May of 2017. “We really want to make it so that our student [can] apply for a job on a Tuesday and be useful on a busy Friday night shift,” Feifarek said.

In addition to Madison, restaurants in Chicago, New York, San Francisco and other cities around the country are also struggling to fill their kitchens with cooks. The low wages and long hours the restaurant industry is known for make recruiting cooks difficult. Although some restaurants have increased wages and benefits, the need for cooks still outnumbers the supply. 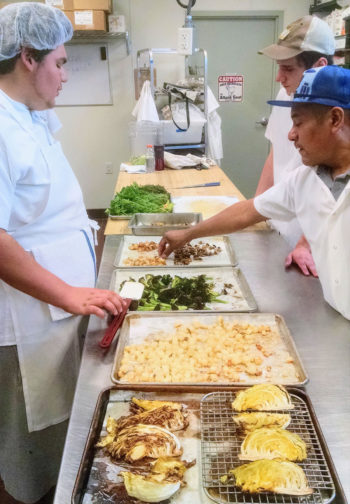 To fill this need, leaders in the food industry are taking a more active approach to staffing their kitchens. Instead of waiting for the cooks to come to them, they are recruiting people to complete low-cost or free training programs with a job opportunity as the end result.

Culinary Training Programs Across the U.S.

Programs in Boston, Cincinnati, Maryland, and most recently Chicago are tapping into a long-ignored labor pool to fill the city’s kitchens. Cincinnati COOKS! is a free culinary training program that has graduated more than 1,400 formerly under- and unemployed people, including recovering addicts, veterans, and chronically unemployed adults.

The curriculum, developed by the Freestone Food Bank, includes life skills training such as job interview techniques to help students succeed both in and out of the kitchen. War veteran and recovering addict Adam McKinney joined the program straight from rehab.

“The leadership that is around here, and the way they go about doing things, keeps all of us motivated,” he said.

Within a year of completing the program, 80 percent of the graduates find jobs in the food industry or start a continuing-education program such as Cincinnati State’s Culinary Management program.

The Maryland Food Bank runs FoodWorks, a 12-week culinary training program for low-income individuals in conjunction with the Community College of Baltimore County. Students learn basic culinary techniques, professionalism, and food safety while they prepare meals for their hungry neighbors.

And in October, celebrity chef and restaurateur Rick Bayless announced that he is launching a culinary training program for low-income students at a food-and-beverage incubator called The Hatchery on Chicago’s West Side.

“I believe this program can help surmount two big challenges in the city—lack of cooks to fill our restaurants’ kitchens and a lack of both solid preparation and career opportunities for the youth of Chicago’s toughest neighborhoods,” Bayless said in a statement.

At Bayless’ program, high school- and college-age students will pay a minimal fee to learn basic culinary skills from Chicago chefs and then head to internships at Chicago’s best restaurant groups.

In Madison, An Open-Source Journey

The FoodWorks Madison crew completed their first job-training program in 2017. Feifarek describes First Course as “not a cooking school or a culinary school—this is a get-a-job school.” To develop the curriculum, FoodWorks worked with chefs and kitchen managers, community agencies, and an educator from the University of Wisconsin. 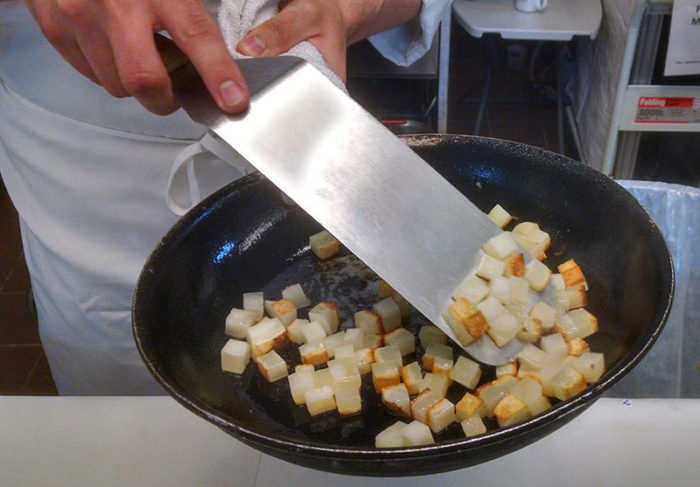 Supported in part by a $10,000 grant from the city of Madison, FoodWorks was able to rent a kitchen, hire teachers, buy ingredients, and give $1,000 to each graduate of the program. “It went awesome. We learned a lot in the process,” Hunter said. “We were very pleasantly surprised to find out that our idea worked.”

Feifarek said FoodWorks places heavy emphasis on job placement, inviting business owners and managers to come and talk to students. So far, the approach has proven successful: three of the four First Course students are working full-time at jobs that pay at least $14 an hour. “It’s a nice move for employers because they can use us as references,” Feifarek said. “We hope that one of the ways it will work is lowering hiring risk for a small business.”

In June, FoodWorks raised $56,500 through Kickstarter to develop the program further. The plan is to increase the training to 10 sessions a year with 20 students in each course.

Once their program model is more finely tuned, FoodWorks will open-source First Course so other communities around the country can replicate and build on their success.

That way, restaurants looking for cooks and workers looking for jobs will have more opportunities to find each other. “I love it when you can use one problem to solve another,” said Feifarek.

All photos courtesy of Matt Feifarek.