A Queer, Female Entrepreneur is Taking Back Turmeric for Indian Farmers | Civil Eats

A Queer, Female Entrepreneur is Taking Back Turmeric for Indian Farmers

The founder of Oakland-based Diaspora Co. aims to deconstruct colonial trade practices and champion women and queer people of color. 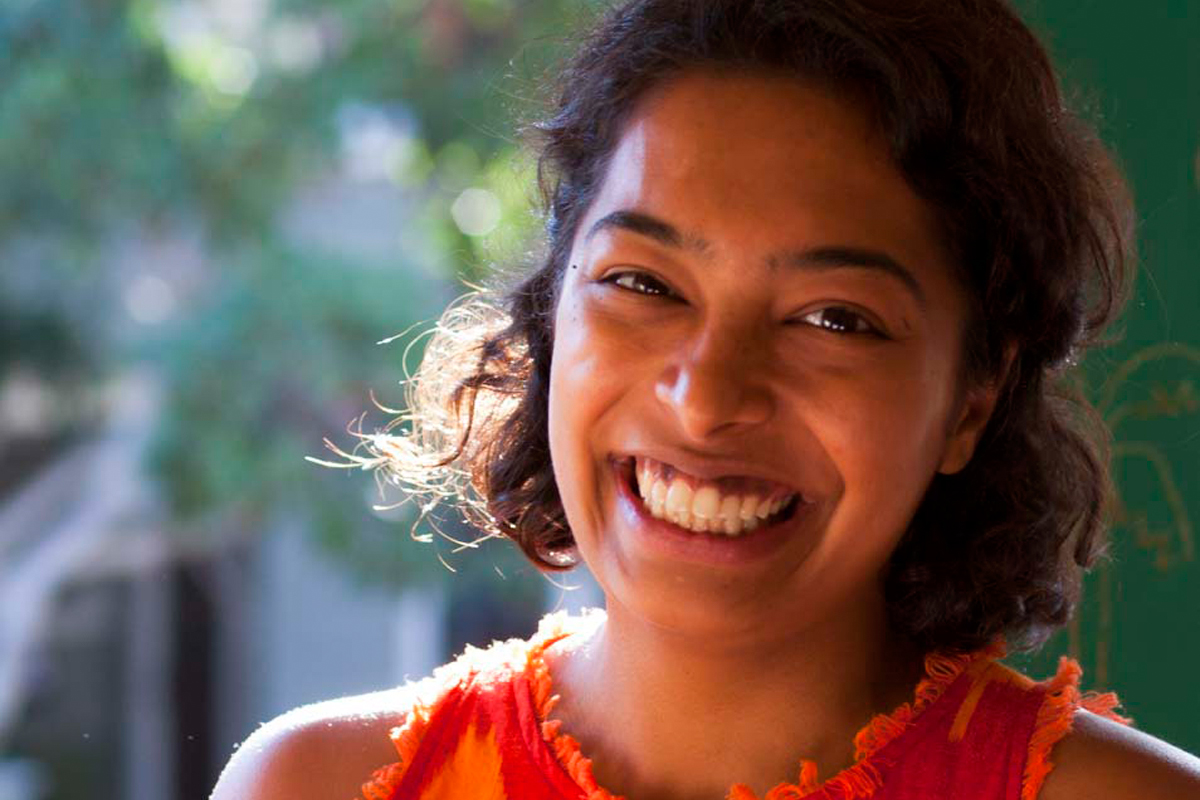 Sana Javeri Kadri is a 24-year-old queer immigrant woman of color. And as far as she is concerned, that has everything to do with how she runs her business, Diaspora Co., a turmeric company that puts money into the hands of farmers in her home country of India and queer people of color in her current community of Oakland, California.

With the hope of changing centuries-old trade practices left over from colonial times, Javeri Kadri sources all her turmeric from Kasaraneni Prabhu, and compensates him fairly. Prabhu is a fourth-generation turmeric farmer in the Andhra Pradesh state in Southeast India. While all of the neighboring turmeric farms are sprayed with pesticides, Prabhu’s is pesticide-free.

“A traditional pest control method,” Javeri Kadri explained, “is to grow marigolds alongside the turmeric, which acts as a perfect companion crop and pest repellent.” When the marigolds bloom—revealing a stunning array of orange and yellow petals—Prabhu knows his turmeric is ready to harvest. 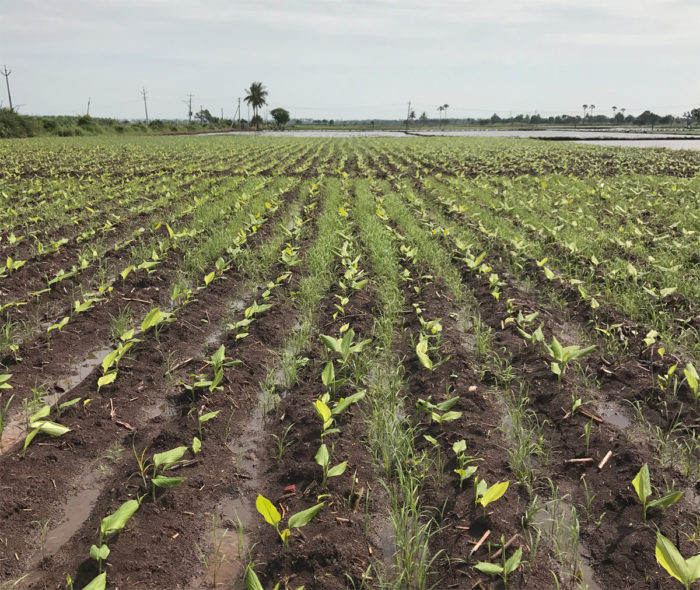 Turmeric seedlings in the field. (Photo by Sana Javeri Kadri)

“I truly, truly believe that the correct way to do business is to be completely transparent—about your sourcing, your sustainability, your commitments, your finances, all of it,” she said.

With this conviction, she’s frank about what she pays Prabhu—$1.50 to $1.75 per pound of turmeric, compared to the going rate of roughly 15 cents per pound that other buyers around the world pay Indian farmers for bulk orders of their product. “That’s just evil,” Javeri Kadri said about the market rate of the spice.

And in Oakland, where she has lived for the past year and a half, she’s committed to making Diaspora “radically inclusive” as a way of supporting marginalized communities whenever possible. At a time in the food industry when allegations of sexual assault come out daily, and woman, queer people, and people of color continue to get the short end of the stick, Javeri Kadri wants to create a business that will combat that toxicity.

For Javeri Kadri, that started with the hiring of queer people—especially those of color—whenever possible. When she first got Diaspora up and running, she considered working with a large company to pack her turmeric. “But,” she said, “I quickly realized that getting to pay my community was so much more wonderful.” The time was right, it seemed, to claim space for a new kind of business—a business that Kadri says is, “committed to social justice, to equity, and to making space for people that are disadvantaged by Plain-Jane capitalism.”

Javeri Kadri sells her product through the shop on her website. It comes in mason jars, tins, and bags, all recognizable from their brightly colored yellow and pink labels containing the silhouette of a single marigold. Customers pay more for Diaspora turmeric than they would for most other brands, but Javeri Kadri says this is because she pays her farmer much more for his product than other companies. 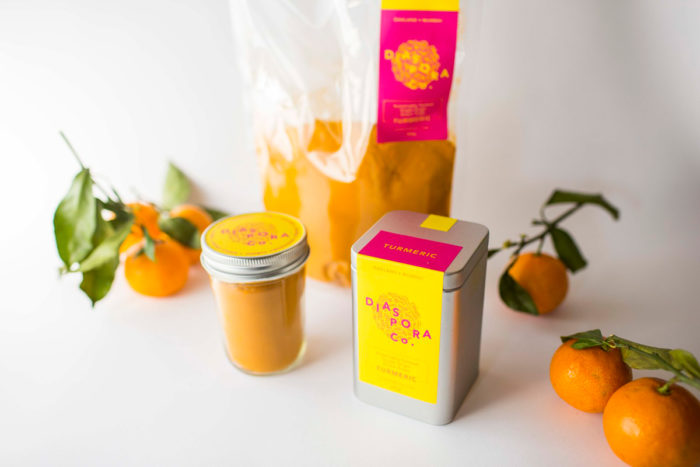 Javeri Kadri’s little company has already made an impact in both Andhra Pradesh and Oakland, supporting an Indian farmer’s operations, and offering American consumers an equitable model for how spices can be both sourced and sold—but before she had a business at all, her fascination with spices was sparked by a need to know more about herself and her home country.

Out of Place Everywhere

In 1992, around the time Javeri Kadri was born, Mumbai was a city torn in two. Muslim-Hindu riots were exploding. Houses were aflame, bodies lay in the streets, and hundreds of people were killed. For her Muslim-Hindu family, it was a time of profound anxiety that set the tone for Javeri Kadri’s early life. India was also opening its gates to Western trade, and American pop culture was flooding into the country. Her Indian-born, U.S.-educated parents had a foot in each world. As Javeri Kadri got older, she did not feel she belonged in either place. 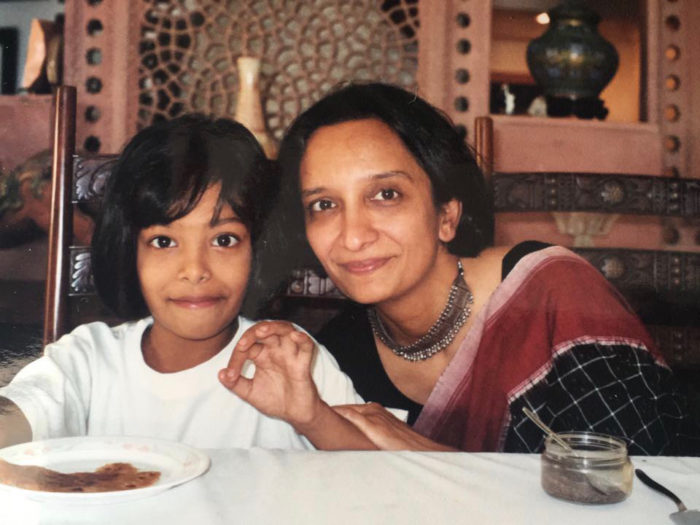 Javeri Kadri with her mother as a child. (Photo courtesy of Sana Javeri Kadri)

Although she did not yet have the vocabulary to describe herself, Javeri Kadri was gay. And as is so common for young queer kids, school was a challenge. After moving to Italy for high school, she found herself in Southern California for college, where she hoped she would finally fit in. But in America, nothing felt quite right. She took to spending her time at the supermarket, wandering through the aisles. “I found that food was the lens that was easiest to approach things from,” she said. “America is a culture of consumption, so studying consumption was the easiest way to understand America.”

Javeri Kadri’s fascination with consumption carried her through college, and into a job analyzing food trends at Bi-Rite market in San Francisco. She began to see turmeric touted everywhere as a holistic remedy for inflammation and other modern ailments—notably in the “golden milk” or turmeric latte that had taken the world by storm. In 2016, a Google report on food trends identified turmeric as the year’s “rising star.” Between November 2015 and January 2016, online searches for the golden spice shot up by 56 percent. From 2013 to 2017, the amount of turmeric exported from India grew rapidly, climbing from 77,000 to 116,000 tons.

Western consumers were finally catching on to what Ayurvedic medicine had taught for thousands of years—that turmeric can do wonders for one’s health. Researchers were suggesting that curcumin, the chemical that colors turmeric such a bright orange, might aid in reducing inflammation and could fight off or cure indigestion, depression, heart disease, and even cancer. 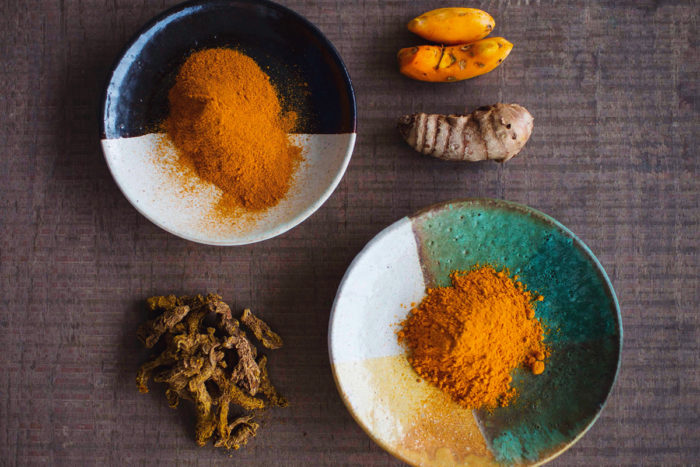 As the American turmeric craze grew, Javeri Kadri wondered, “Why is turmeric important now, when Gwyneth Paltrow is raving about it? Why was it not important when thousands of Indian immigrants were eating it?” She wanted to know who was benefiting from the spice’s newfound popularity.

A Company Connected to Culture

These questions stuck with Javeri Kadri. Then, in a flurry of events, her entire life changed. In late January, President Trump announced his travel ban. Concerned she would have trouble returning to India in the future, she bought a one-way ticket home. It was a chance to be closer to family, and an opportunity to learn more about the Indian spice industry.

Her plan: to find the farmers who were growing turmeric and begin her own single-source spice company. Javeri Kadri hoped that in doing this, she would be able to connect with an ancient part of her culture, one she knew so little about.

When she first began to meet farmers, she found their turmeric was unusable. “Often,” she said, “[Indian] farmers are in a real bind and have to sprinkle a cocktail of pesticides over everything they grow because that’s the only way to survive.” A 2013-14 Indian government report, in fact, noted 11 percent of spice samples contained higher pesticide residue than was considered safe. 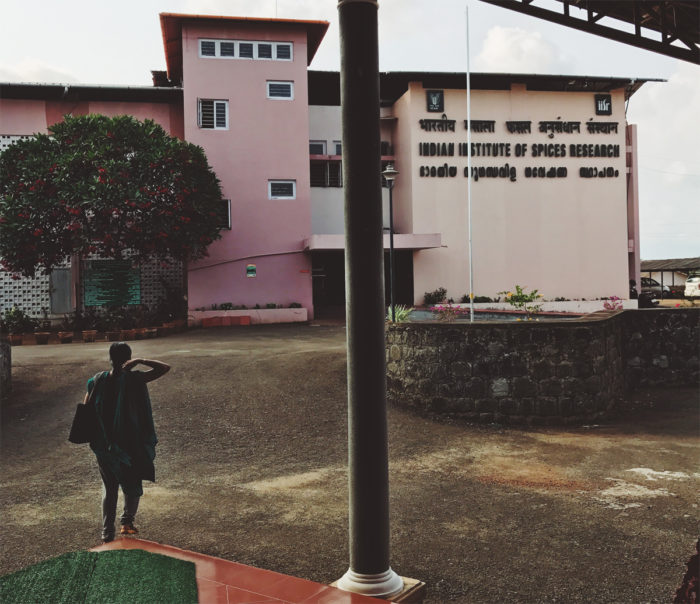 Just when she was on the brink of giving up, Javeri Kadri met Dr. D Prasath, head scientist at the Indian Institute of Spices Research. He presented her with a new proposition. “It’s not just that there’s no upscale [wholesale] market for these spices. There’s a problem in the story that’s being told. And somebody needs to fix that.” Long after the British rule in India ended, an image of India as the “fiery land of exotic spices,” as Javeri Kadri described it, stuck, often supplanting any real information about the spice trade.

Having studied both American and Indian consumption and in the divide between the two cultures, Javeri Kadri was uniquely positioned to address the problem. She wanted to tell her farmers’ stories, pay them well, and present consumers with a new image of her country. It was no small task for a 23-year-old first-time business owner. But after Prasath connected Javeri Kadri with Prabhu, she had her source in place and scrambled to put all the pieces of her business together.

Diaspora has grown quickly since it was founded in August 2017. So far, Javeri Kadri has bought one ton of Prabhu’s turmeric, but with orders already streaming in for 2018, she plans to place another large order soon. For the foreseeable future, at least, Prabhu grows enough turmeric to continue meeting her demand. “He has enough supply for me [to buy] 25 tons, and I’ve bought one ton. So until I grow by 25, I don’t need to change farmers,” she said. 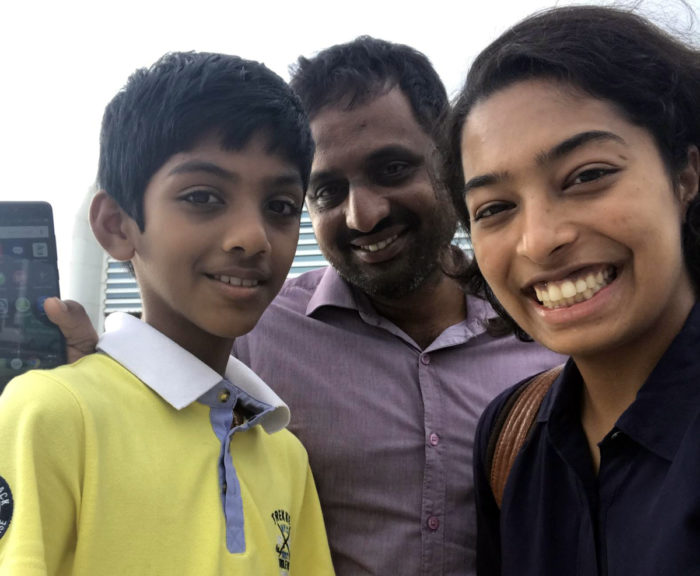 Even so, Prabhu’s farming methods are spreading among farmers in his area: Slowly, seeing what a good return Prabhu gets and how healthy his soil is, some have moved away from pesticide-heavy farming. Additionally, the turmeric variety Prabhu grows requires less water than some and has a higher content of curcumin.

Meanwhile in the U.S., Javeri Kadri’s turmeric has piqued the interest of home cooks around the country, and a community-sourced cookbook is in the works.

From the farmer she works with to the people she employs, Javeri Kadri has been able to create the kind of business she longed for when she felt so lost in America.

“I can use my business to champion for fellow women of color and queers of color,” she says. “It’s been so wonderful to use the business as a way to collaborate with and hire people that I feel aren’t getting the recognition they deserve.”

Recently, Javeri Kadri traveled to Andhra Pradesh and saw the marigolds in full bloom. She watched in delight as turmeric was pulled from the soil and piled high next to the golden flowers. She hopes some day to expand her business beyond turmeric to other spices like vanilla, cloves, and cinnamon.

“The dream,” Javeri Kadri said, “is eventually there will be this kind of transparency around all spices. To be a radical spice company that is putting money in the hands of farmers but also feeding the world… Big dreams, big dreams.”

This post has been updated to reflect the fact that Prabhu’s operations are pesticide-free but not certified organic.