Fish 2.0 Offers Cash, Advice to an Ocean of Seafood Start-Ups

With the seafood industry in transition, these entrepreneurs are pitching ways to make it more sustainable. 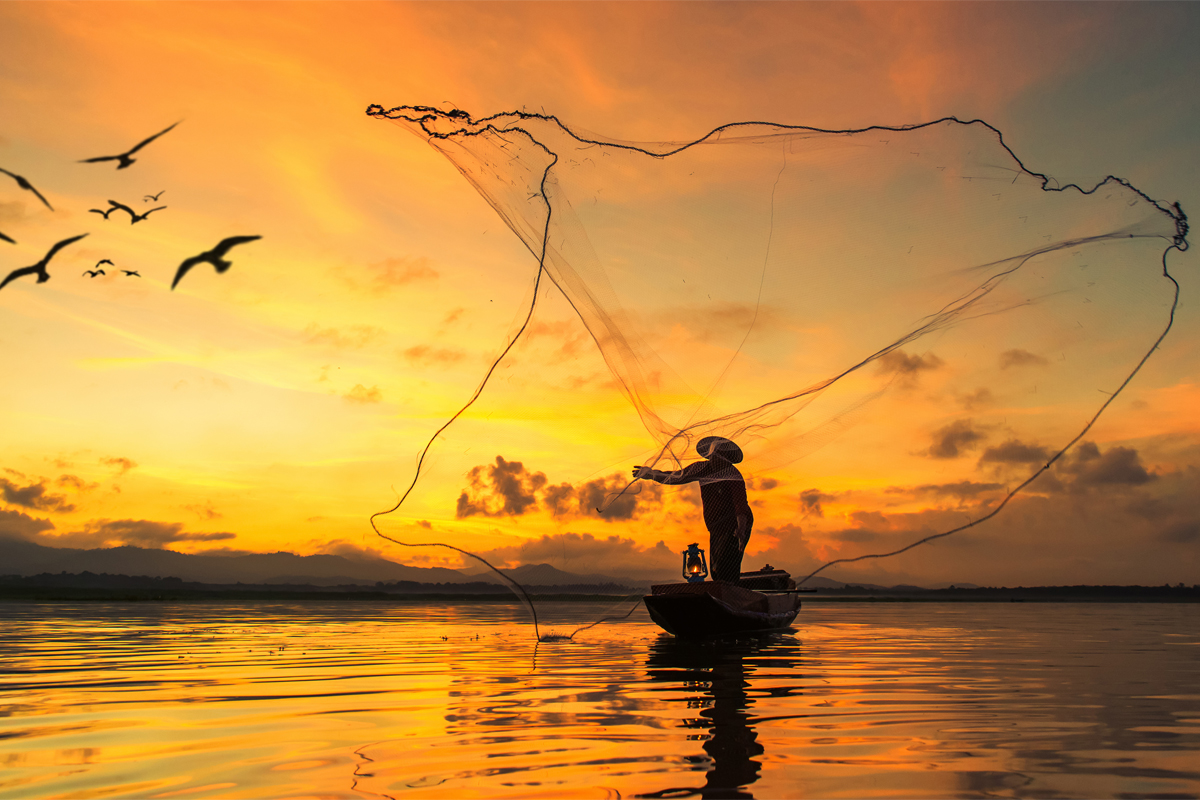 In a large ballroom at Stanford University’s Arrillaga Alumni Center, jittery entrepreneurs make their way onto a small stage to pitch their sustainable seafood ventures. Out of 184 applications, only 40 have made the cut. Among the finalists are a mail-order oyster startup that will ship the food overnight to your door, a manufacturer of devices that track lost fishing gear, an Alaskan processing facility looking to expand, and training programs that teach Peruvian fishermen how to operate more sustainably.

They’re taking part in the third bi-annual Fish 2.0 competition, and the stakes are high. Many of these entrepreneurs have never made a pitch in front of an audience before. And with some of the largest and most respected investors in the sector, including Rabobank, Aqua-Spark, and Obvious Ventures, eagerly looking on, competitors are anxious to make a good impression. Flanked by projectors and armed only with a microphone and a remote to advance their slides, entrepreneurs from as far away as Italy, Peru, and the Solomon Islands have only a few minutes to make their pitch in front of a four-judge panel and a room full of potentially lucrative connections.

With global demand for sustainable seafood growing rapidly, the industry hasn’t been able to keep pace. Programs like Fish 2.0 hope to meet that demand and support the sector’s growth by connecting investors to emerging businesses. Similar to accelerators like Mixing Bowl, Imagine H2O, and the Chobani Incubator, Fish 2.0 aims to strengthen the sustainable seafood movement by helping ventures become financially sustainable, scalable, and profitable.

Although Fish 2.0 is framed as a competition, networking is what really matters for most participants. The eight competition winners each receive $5,000 in prize money, but for past winner Norah Eddy, whose company Salty Girl Seafood sells sustainable fish in ready-to-cook, pre-marinated packages, the experience and exposure were more important than the actual cash. Eddy says the connections she fostered at Fish 2.0 two years ago have remained fruitful for Salty Girl, which has expanded its line of products since they won a prize at the competition. 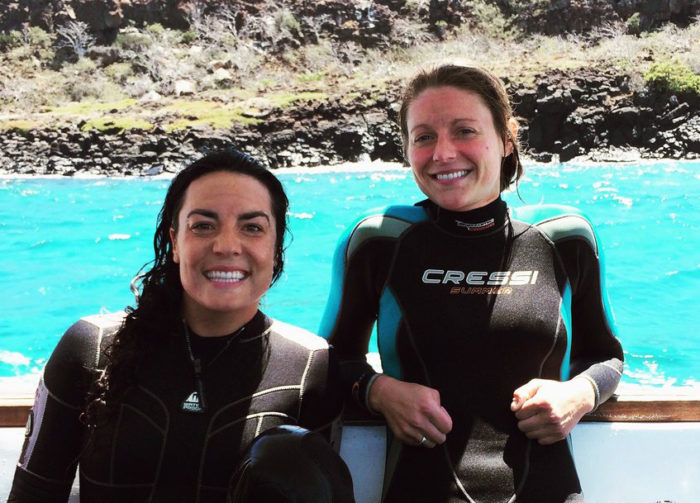 “We’ve subsequently raised money and our connection to Fish 2.0 has only served us well in business following the competition,” Eddy adds.

A Forum for Changemakers

Fish 2.0 is the brainchild of Monica Jain, a Wharton MBA graduate and former marine biologist, and it brings her two passions together. “There are a lot of great companies starting up and they need capital to grow effectively,” she says. “It’s the same in every field. We can’t expect innovative business to grow without capital.” 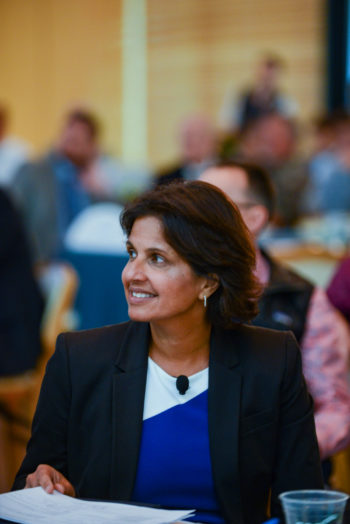 Funded by academic institutions, the David and Lucile Packard Foundation, USAID, the U.S. State Department, investment funds, and others, the Fish 2.0 process starts a year before the actual event, with businesses applying to the competition online. Each applicant is put through a series of assessments that examine their business plans, potential for impact, risks, and opportunities for investment. While some businesses are well-established and looking to expand, others are looking for their initial seed money.

No matter the size of their business, each of the top 40 entrepreneurs is paired with an impact advisor and an investment advisor who offer feedback on both the science and the business sense of their model. The contestants span the broad and diverse seafood supply chain, with offerings ranging from an oyster co-op in Florida looking for investors to help fund construction of a hatchery, to Seafood IQ, an Icelandic company that uses radio frequency identification (RFID) labels so consumers can be sure they know where their fish is coming from.

Seafood provides a unique challenge because the industry is global, fractured, and full of middlemen. Salmon, for example, may be caught in Alaska, processed in China, and then shipped back to the U.S. for sale. As with other meats, it’s often difficult to tell where seafood is coming from or whether it’s sustainable. And the problem is getting more pronounced as global demand increases. In 2016, the Food and Agriculture Organization (FAO) found that global per capita fish consumption had hit more than 44 pounds a year, an all-time high.

Earlier this year the World Bank reported that, “about 90 percent of marine fisheries monitored by the FAO are fully fished or overfished, up from about 75 percent in 2005.” In addition to increased consumption, the report also points to the fact that “fish stocks are also under pressure from pollution, coastal development, and the impacts of climate change.”

Rather than focusing on improving consumer education or tightening governmental regulations, Fish 2.0 hopes to protect the oceans by showing sustainability makes good business sense. Because the seafood industry relies on natural resources, Jain believes that sustainable ventures, which are able to preserve those resources for years to come, are more “likely to do better in the long run.” Sustainable, she says, is simply “better business.”

Tim Fitzgerald of the Environmental Defense Fund (EDF)—and a judge at this year’s Fish 2.0 contest—agrees that this investment is vital to the long-term health of the oceans. “To have large-scale change, you have to engage business,” he says.

Increasingly, investors and entrepreneurs are recognizing the potential in the sustainable seafood market. The World Bank estimates that better, more sustainable fishing practices could have an incredible impact, “boosting the profitability of the fisheries sector from an estimated $3 billion a year to $86 billion.”

One of the fastest-growing parts of the sustainable seafood sector is aquaculture, a fact that is evident at Fish 2.0. Even with better fisheries management, experts say it’s unlikely we’ll be able to get much more wild-caught fish out of the oceans. Proponents say aquaculture offers a sustainable alternative for increasing the amount of fish on the market, a prospect that intrigues investors and environmentalists alike. Like industrial farming models, however, aquaculture projects have the potential to create both large amounts of food, and large impacts on the environment. Fish farms often have a negative reputation for producing excess waste and sub-par food.

Still, says Barton Seaver, Director of Harvard’s Sustainable Seafood and Health Initiative, aquaculture has huge potential and has made great strides in recent years. “As an industry, it is so young. It deserves some leeway,” he explains. He sees Fish 2.0 as a way to “begin to tell the narrative of aquaculture as an industry with incredible potential.”

New ventures like these—and venture capital firms ready to fund them—have sprung up in recent years. According to the State of Sustainability Initiatives, (SSI), an alliance of organizations focused on informing commodity stakeholders around the world, the market for sustainable seafood grew 35 percent from 2003 to 2005, which amounts to 10 times the growth of the conventional seafood market.

That trend has only continued. In 2016, SSI reported that investment in the global seafood market hit $11.5 billion. 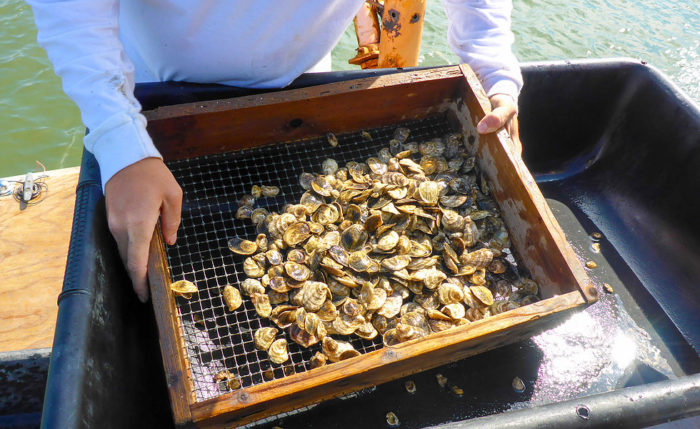 Jain and Fish 2.0 have witnessed this explosive growth first hand. Jain says that five years ago, hosting a bi-annual event made sense, with new companies appearing at a relatively modest rate. “But the rate of innovation I’ve seen this year is much faster,” she says, adding that she receives requests year-round for guidance from investors looking to join the market. The event and resulting networking can be transformative.

Take, for example, Love the Wild, a Boulder-based company that creates easy-to-cook meal kits featuring sustainably farmed fish. When the company competed at Fish 2.0 in 2015, CEO Jacqueline Claudia described it as “all vision.” They had sold less than $1,000 in merchandise in their hometown. Now, thanks in large part to the coaching and contacts they made through Fish 2.0, Love the Wild distributes five products nationwide.

The event is also fruitful for investors who are new to the space. Fresh Source Capital’s Dan Pullman (who also serves on Civil Eats’ Advisory Board), attended Fish 2.0 for the first time this year looking for companies working in aquaculture and fish feed. “As an investor, it was great to have an efficient overview of entrepreneurs,” he says. “[It] gave me better education and gave me entrepreneurs to talk to and spend time with.”

While Fish 2.0 shows there’s clearly a lot of buzz in the space, the market itself still has a long way to go. According to SSI’s assessment, certified sustainably caught seafood made up only 14.2 percent of the total tonnage of seafood produced in 2015. Sustainably managed aquaculture was even lower, at 6.3 percent.

The U.S. and Europe have made great strides in protecting their fisheries, but many producers in and around Asia and Africa continue to overfish. SSI found that Asia produces 63 percent of global seafood but only 11 percent of that is certified sustainable. Without buy-in from China, the world’s largest per capita consumer of seafood and a notable absence at Fish 2.0—which Jain is trying hard to remedy—the sustainable seafood industry will struggle to catch up to its traditional counterpart.

Jackie Marks of the Marine Stewardship Council (MSC), whose label is one of the oldest markers of sustainability, is optimistic about what she sees as a shifting tide in Asia. “One of the things that is of utmost importance to Chinese consumers is to make sure their seafood is traceable, because they want to know it comes from a reliable source,” she says. Increasingly, these consumers buy seafood on websites like Alibaba and many are becoming interested in labels like MSC, which guarantee high-quality, traceable supply chains. 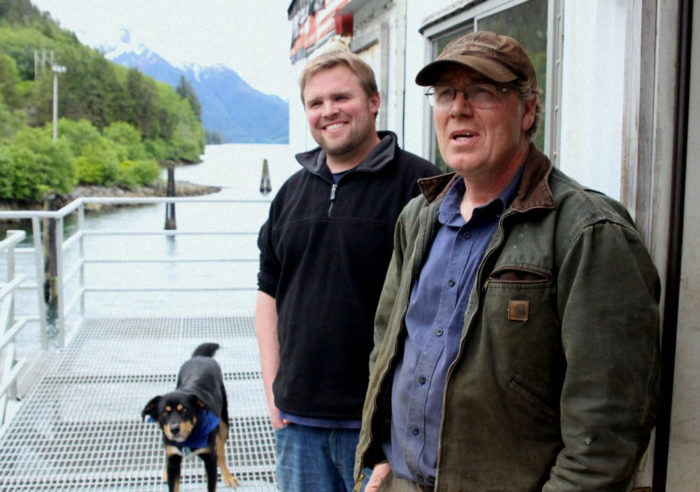 EDF’s Fitzgerald remains hopeful. “Fish is the best environmental issue to work on,” he adds. “We know how to fix it; we’ve already fixed it in lots of places.” Fitzgerald acknowledged that fixing seafood might not be easy. But, he said, “when you get things right, the turnaround can be incredibly quick.”

He offers the example of red snapper in the Gulf of Mexico. In the 1990s, the supply was down to only 3 percent of historical levels due to overfishing. Between 2007 and 2013, EDF partnered with local fishermen to determine how many fish could be sustainably caught. Then, they allocated specific catch numbers for each fishing operation. In just five years, the population tripled and revenue doubled.

Those gains, however, may soon be lost. H.R. 3588, which has just passed the House of Representatives’ Natural Resource Committee, threatens to undo that progress by weakening the science-based catch amounts the EDF and fisherman used to revive the fishery. In the current, unpredictable political climate, the role of a well-educated consumer and investor demands seems all the more important.