Fish Are Getting Their Animal Rights Moment | Civil Eats

Fish Are Getting Their Animal Rights Moment

Long the forgotten animal in the food chain, groups are now working to raise their welfare profile. 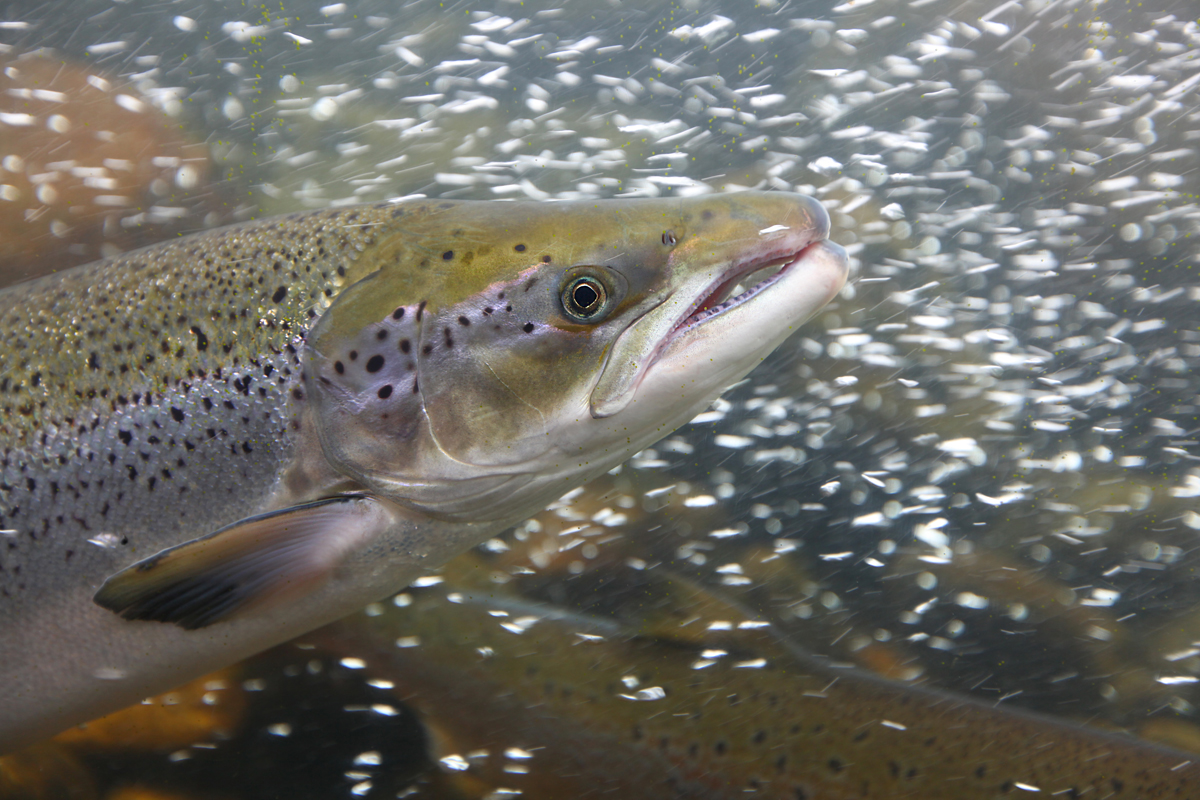 Life is improving for billions of farm animals. Pregnant pigs are being liberated from gestation crates. Laying hens have more room to roam. Cows are humanely slaughtered. But fish? They’re the “forgotten victims on our plate,” says the philosopher and animal-rights activist Peter Singer, even though more of them are killed each year for food than all other animals combined.

Of the dozens of investigations of factory farms done by advocates for animals, just one—a 2011 exposé of a Texas catfish farm—looked at fish. And unlike cows and pigs, fish are not covered by U.S. federal law requiring humane methods of slaughter.

Can consumers be persuaded to care? When animal-welfare advocacy group Mercy for Animals researched consumer attitudes in the U.S., they learned that people are concerned about slaughter, about the crowding of fish into tanks, and about poor water quality. But consumers also said that they believe that fish are less intelligent than all other animals, and only somewhat more likely to feel pain or pleasure than plants. “Fish were rated significantly higher than plants on all measures, but they were still rated closer to plants than to chimps or dogs,” the researchers found.

We’ll soon see whether attitudes will change: The Open Philanthropy Project, a leading funder of the animal welfare movement, last year made three grants totaling $1.2 million to support European groups that advocate on behalf of fish, and awarded $1.5 million in funding to strengthen standards that address the well-being of fish. The hope is that reforms achieved in Europe, where consumers and governments are more attuned to animal welfare issues, will make their way to the U.S.

Europe has long been the front-runner when it comes to requiring more humane farm animal treatment—and European consumers more willing to demand it. And many of the improvements adopted overseas eventually land in this country, such as laws banning crates for veal calves and battery cages for hens.

For this reason, and more, Mercy for Animals is stepping up its awareness-raising advocacy efforts for fish in the U.S. It’s urging people to stop eating fish, describing fish farming as “cruel and disgusting.” It has also researched consumer attitudes, and will soon ask food companies to adopt policies to improve the well-being of fish.

“There is this hierarchy where we, obviously, care about humans most of all,” says Nick Cooney, the former executive vice president of Mercy for Animals. “After that, primates. After that, larger farm animals like cows and pigs. After that, chicken. Fish are at the bottom of the list.”

Lewis Bollard, who leads the farm animal welfare program at Open Philanthropy, agrees, saying: “It’s very hard to relate to something that lives under water, is covered with scales rather than skin, and has beady little eyes.” Fish also lack detectable facial expressions and appear mute. They “have really been very unlucky about their natural appearance,” Bollard says.

The Debate over Fish Rights

Several factors explain why animal welfare advocates are now turning their attention to fish. First, they’ve made headway in improving the treatment of cows, pigs, laying hens and, most recently, broiler chickens raised for food. Hundreds of food companies, including such giants as Walmart and McDonald’s, have pledged to change their procurement practices and source only cage-free meat and eggs. Those commitments open the door for conversations about fish, advocates say.

Second, there’s the sheer size of the seafood industry. Estimates of how many fish are killed each year are inexact, but the numbers are huge, likely ranging between 50 and 170 billion farmed fish every year. These figures come from a 2010 study by British animal-welfare group fishcount that was not peer-reviewed. That said, freshwater carp raised on farms for human consumption are believed to be the most numerous farmed vertebrate animal in the world. (People eat lots of carp in China.) Aquaculture, which accounts for about half of the seafood consumed worldwide, is the fastest-growing sector of the food industry.

Finally, there’s the evolving scientific debate about whether fish are conscious beings that can feel pain. The question is unsettled, and may remain so because pain is thought of as a subjective and private experience. As David Foster Wallace wrote in Consider the Lobster, his classic essay about the Maine Lobster Festival: “The scientific and the philosophical arguments on either side of the animal-suffering issue are involved, abstruse, technical, often informed by self-interest or ideology, and in the end…totally inconclusive.”

Without certainty about whether fish suffer, protecting their well-being will be challenging—though when considering the lobster, some policymakers are erring on the side of precaution: Switzerland this month announced that it will require chefs to stun or kill lobsters before boiling them. 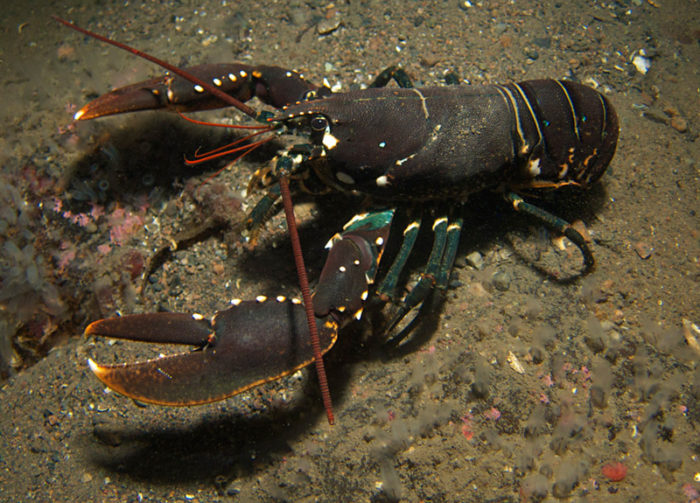 One group of scientists argues that fish lack consciousness and that what looks like attempts to avoid pain—say, when a fish struggles to free itself from an angler’s hook—is an instinctive, reflexive reaction. Seven scientists led by James Rose, a leading expert in fish neurobiology at the University of Wyoming, reviewed dozens of studies in an effort to answer the question, Can Fish Really Feel Pain? Their conclusion: Probably not. “Even if fishes were conscious,” they write in the 2013 paper, “it is unwarranted to assume that they possess a human-like capacity for pain.”

By contrast, Jonathan Balcombe, the author of a 2016 book called What a Fish Knows: The Inner Lives of Our Underwater Cousins, argues that fish are conscious creatures which can cooperate, use tools, recognize others by sight, smell, and voice, enjoy food, play, and sex, and—crucially—experience pain. He writes: “The evidence for pain in fishes, despite persistent detractors, is strongly supported by anatomical, physiological, and behavioral studies.”

Rose and Balcombe are partisans; Rose is a fisherman, while Balcombe works with the Humane Society of the United States on its Animal Sentience journal. Still, Rose explained by email that he supports welfare standards for fish in aquaculture, despite the scientific uncertainties about their sentience. The American Veterinary Medical Association, the nation’s leading association of veterinarians, which would seem to have no stake in the debate, says in its latest guidance for the euthanasia of animals that the “preponderance of accumulated evidence” supports the position that fish deserve the same consideration as land animals when it comes to relief from pain.

That said, animal welfare advocates recognize the difficulty of persuading people to care about tuna in a can, smoked salmon perched on a bagel, or pollock in a McDonald’s Filet-O-Fish. So they will make their case to food service companies and retailers, as they do when trying to liberate pigs from gestation crates or laying hens from cages.

The First Fronts for Fish Rights

Much of the groundwork for improving fish welfare is being laid in Europe. Dyrevernalliansen, a Norwegian animal protection group, is working with fish farmers and retailers to identify practices that can be improved in Norway, the world’s largest producer of farmed salmon. The Albert Schweitzer Foundation, which is based in Berlin, is developing fish standards in cooperation all the big German food retailers. “They seem to be very interested,” says Mahi Klosterhalfen, the group’s CEO, noting that German retailers were the first in Europe to agree to stop selling cage-free eggs.

On the legislative front, Eurogroup for Animals, a network of animal welfare groups based in Brussels, is asking the European parliament to strengthen existing regulations on the slaughter and transport of animals to better protect fish. “Humane slaughter is where we expect to have impact in the relatively short term,” says Douglas Waley, the network’s fish welfare program leader. “The evidence base around what’s needed is very strong, and commercial solutions are available.”

One example: The Norwegian and Scottish salmon industries now stun fish with a bolt to the head before they are slaughtered, which is deemed a good welfare practice; it has the added advantage of preventing fish from stressing or thrashing, which can create gaps or discolor filets. The European Union also has animal welfare rules in place for slaughtering seven species of farmed fish, including salmon, trout, and tuna that call for stunning prior to killing In the U.S. fishing company Blue North last year unveiled a new fishing vessel that incorporates humane slaughter and ecological sustainability in its search for wild-caught Pacific cod. 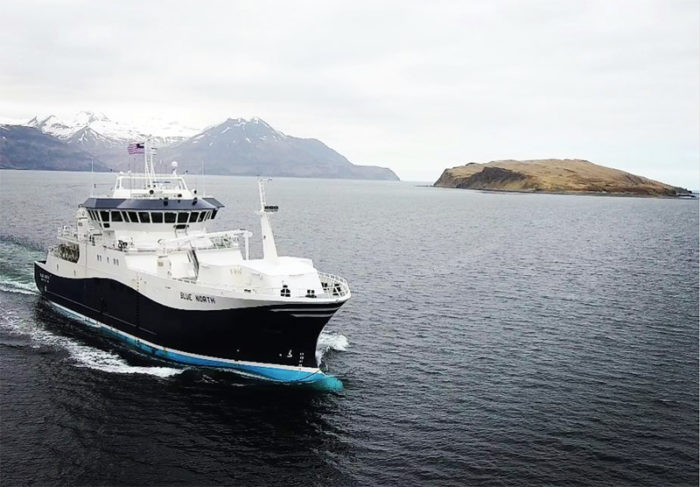 “I think the most obvious issue is fish slaughter,” says Open Philanthropy’s Bollard, who recommended the fish welfare grants. On a visit to a fish farm in India last spring, Bollard was appalled to see fish tossed into buckets of ice, left on the side of the road to die or disemboweled while still alive.

“It’s very standard on fish farms where really the technique is just to haul them out of the water and to leave the fish to slowly suffocate, slowly be crushed to death, and this can take hours,” he says.

Like Open Philanthropy, Mercy for Animals will begin by focusing on farmed fish. “We’re also concerned about wild-raised fish,” Cooney told me, but to a lesser degree. “Granted, they’re killed in excruciating ways, but up until that last minute or hour or two, they get to live a normal life.”

If history is a guide, the group will begin by asking companies that have existing policies on farm animals—food service companies like Compass Group and Aramark, or Whole Foods Market—to make commitments around fish welfare. Whole Foods has banned live lobsters in its supermarkets since 2006, and the food-service giants were among the first to make commitments around the breeding of broiler chickens.

What, specifically, will commitments to fish welfare look like? That’s where standard-setters and certifiers come into play. Open Philanthropy has made grants to the Aquaculture Stewardship Council, the Global Aquaculture Alliance, the Global Animal Partnership, and Friends of the Sea, all of which promote “sustainable” sources of seafood. All have industry members, and they all appear ready to engage, Bollard says.

Contessa Kellogg-Winters, communications director for the Aquaculture Stewardship Council (ASC), says, “Our goal is to develop an objective, evidence-based welfare standard that will establish best practices and be applicable to all eligible ASC-certified species.”

That’s a big job. Different species will require different standards, even about such deceptively simple questions like stocking density. Some fish, as we know, swim in schools, while others want more room, and reliable scientific data on the effects of stocking density on aquatic welfare are limited. It’s hard for humans to know what fish want—even assuming we can be persuaded to care.

[Editor’s note: This post has been updated in January 2018 to reflect the fact that Nick Cooney left Mercy for Animals at the end of 2017, and to clarify Jonathan Balcombe’s role with the Human Society of the United States.]