In the post-coal economy, community organizations are creating jobs and restoring the ravaged land. 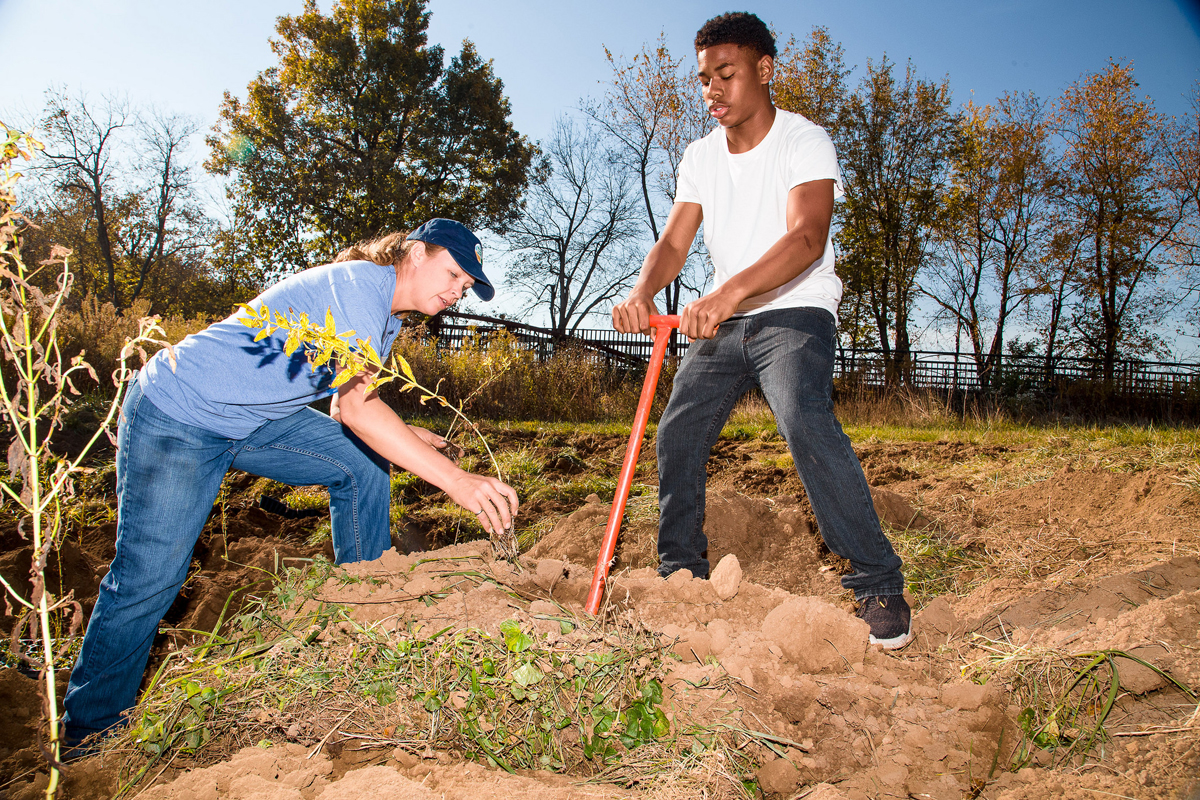 On a surface-mine-turned-farm in Mingo County, West Virginia, former coal miner Wilburn Jude plunks down three objects on the bed of his work truck: a piece of coal, a sponge, and a peach. He’s been tasked with bringing in items that represent his life’s past, present, and future. “This is my heritage right here,” he says, picking up the coal. Since the time of his Irish immigrant great-grandfathers, all the males in his family have been miners.

“Right now I’m a sponge,” he says, pointing to the next object, “learning up here on this job, in school, everywhere, and doing the best I can to change everything around me.”

Jude works for Refresh Appalachia, a social enterprise that partners with Reclaim Appalachia to convert post-mine lands into productive and profitable agriculture and forestry enterprises that could be scaled up to put significant numbers of people in layoff-riddled Appalachia back to work. When Refresh Appalachia launched in 2015, West Virginia had the lowest workforce participation rate in the nation.

When he’s not doing paid farm work on this reclaimed mine site, Jude is attending community college and receiving life skills training from Refresh. “I’m living the dream. The ground’s a little bit harder than what I anticipated,” he says of the rocky soil beneath his feet, “but we’ll figure it out.”

On this wide, flat expanse of former mountaintop, the August sun is scorching even through the clouds. In the distance, heavy equipment grinds away on a still-active surface mine site—the type of site where some of the Refresh crew members used to work, blowing up what they’re now trying to put back together. 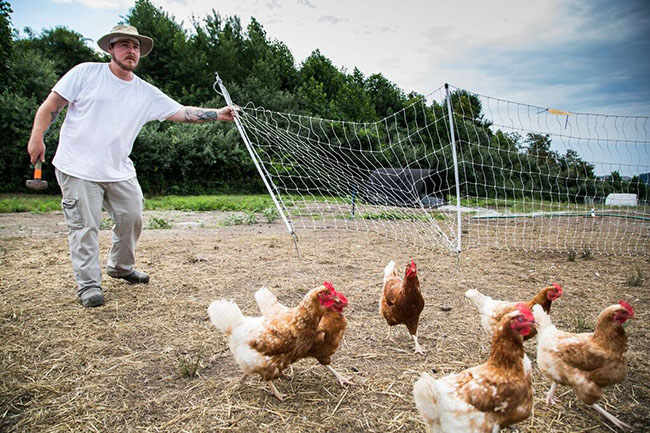 This farming model can create jobs that enable hardworking people to stay and make a living in this economically depressed region, where one in four children live in poverty. YES! photo by Paul Corbit Brown.

Crew leaders drive out to an undulating ridge where we can see a 5-acre spread of autumn olive—a tough invasive shrub once heavily seeded on former mine sites as part of coal companies’ reclamation plans. It’s summer 2016, and the crew for this particular Reclaim Appalachia site is awaiting the arrival next week of a forestry mulcher that will remove and chew up the shrubs into wood chips. By the next spring, the clearing will have been replanted by this Refresh crew with over 2,000 berry, pawpaw, and hazelnut seedlings. During my visit, everyone’s clearly excited for the mulcher to arrive.

“It’s almost like a continuous miner head,” explains Nathan Hall, “but instead of mining coal, it’s mulching autumn olives.” Hall is from Eastern Kentucky and worked for a short time as a miner before attending the Yale School of Forestry & Environmental Studies; now he heads up Reclaim Appalachia, which focuses on repurposing mine land.

A few small agriculture projects are on other former surface mines in the area, but Refresh and Reclaim are the only outfits attempting anything of this scale while also operating a job-training project. One crew member, former miner Chris Farley, says he’s stoked to be a part of “the first bunch” to attempt to farm these rugged lands.

Since 2012, Coalfield Development has created more than 40 on-the-job training positions and grown financial wealth for low-income people by over $3.1 million (calculated in wages, benefits, and savings). At current levels of participation, they project hiring 320 crew members and graduating 215 over the next nine years.

Ultimately, they hope that their model will spread to other parts of Appalachia, creating quality jobs that enable hardworking people to stay and make a living in this economically depressed region, where one in four children live in poverty. 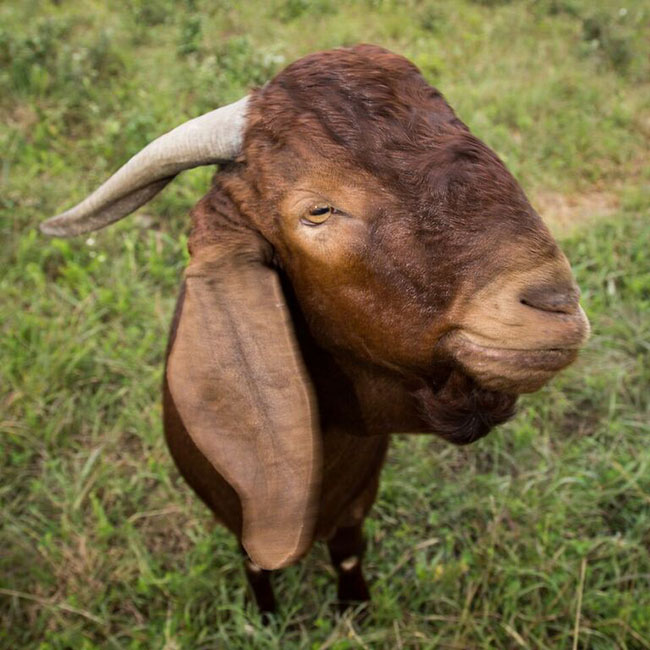 Eventually the hope is to create a closed loop between the animals and plants, where one nourishes the other, cutting down on feed and fertilizer costs. YES! photo by Paul Corbit Brown.

They want to help people such as James Russell, a former coal truck driver who now serves as the site’s crew chief. He gathers me up in a donated pickup truck for the full farm tour, where I meet goats, pigs, and chickens with a dual purpose: to provide food and land management. Their rooting and scratching removes invasive plants and their waste helps build the soil back. Eventually the hope is to create a closed loop between the animals and plants, where one nourishes the other, cutting down on feed and fertilizer costs.

This year during peak season, Refresh expects to sell 2,800 eggs per week to restaurants and produce 1,500 meat birds across all sites. This past spring, the first piglets and kids were born, and crew members harvested honey for the first time. In addition to fruits and nuts, they’re also experimenting with hops, lavender, and greenhouse-grown vegetables.

Besides growing food themselves, Refresh wants to help other startup farmers access markets and technical assistance. This year the organization will offer a mobile poultry-processing trailer to local producers, for example, and then help sell the chickens through their burgeoning food hub. Refresh recently hired Savanna Lyons, a leader in West Virginia’s sustainable agriculture movement, to manage the hub. The organization wants to provide people with the whole package—step-by-step guides, management documents, and workshops.

They are also getting creative about markets targeting low-income people, thinking about not only where they can sell their fresh product, but also how they can make it accessible to the communities that need it. They are piloting a community supported agriculture program, for example, with a sliding scale that also accepts Supplemental Nutrition Assistance Program benefits.

The Mingo County Redevelopment Authority, a rare and exceptional governmental resource for economic diversification in the coalfields, owns the land and leases it to Refresh for free. The authority’s director, Leasha Johnson, says that though many people in the region have already been forced to move away to look for work, “there are a lot of people who are staying and who believe that we can survive this transition.” That makes projects like Refresh worth the investment, she says. A former land manager for the coal industry, Johnson is one of the only economic development leaders here who will utter once-taboo terms such as “post-coal economy.”

“It’s an uphill battle,” she adds, “from both an acceptance perspective as well as an economic and capital investment perspective.” 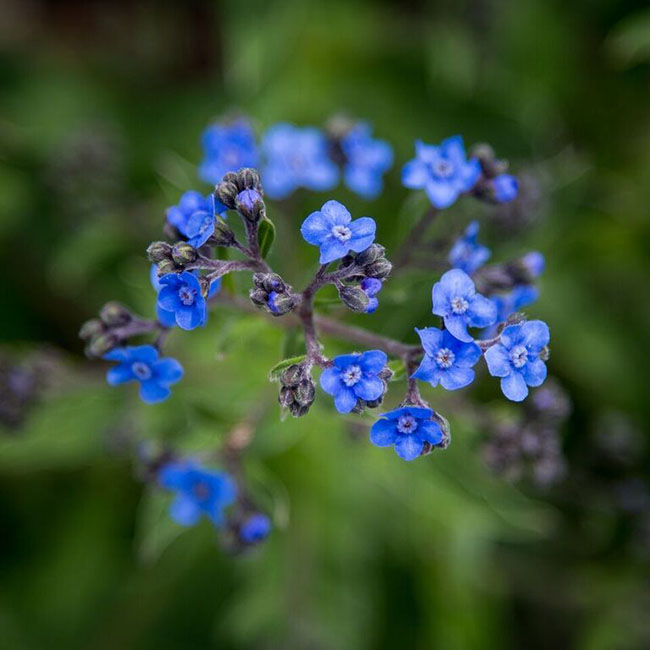 This is not easy work. The groves of autumn olives sometimes seem impenetrable, and there are other aggressive invaders, like multiflora rose and tall fescue. The soil is compacted, composed of blasted rock, and lacks organic matter. Refresh doesn’t know how long it will take to bring it back to life. “The soil scientists say, I don’t know, you guys are charting new territory here,” Gilmer says.

Virginia’s Division of Mined Land Reclamation estimates that it costs about $2,400 per acre to re-establish a foot of topsoil on previously mined ground. These sites also don’t hold water very well—they were engineered to drain into valley fills, the terraced slopes where rubble from mountaintop removal is dumped.

But they are not barren moonscapes. Appalachia is a temperate region with heavy rainfall. “[These sites] will definitely grow things,” says Carl Zipper, a professor of crop and soil sciences at Virginia Tech specializing in restoration of mine lands. “They just need some care and management appropriate to their characteristics.”

And in this mountainous region, where it’s hard to find large tracts of flat pasture and croplands, figuring out how to use the more than 2 million acres of previously mined land that’s not currently producing anything could unlock a whole new industry. “If [the Refresh project is] able to make a go of it and provide a model for others,” Zipper says, “I think that’s great.”

So far, soil testing hasn’t revealed any worrisome contaminants. While the water that runs off such sites can contain concentrations of heavy metals like selenium and manganese, which cause problems for aquatic life in headwater streams, Hall says, the concentration is undetectable on any given square foot of soil material.

Perhaps the biggest unanswered question, though, is whether Refresh’s crew members can really make a living through agriculture in the long term. Russell preaches diversification—shoot for five ventures that produce $10,000 each per year. Jude wants to go the value-added path and combine his wife’s love for cooking with his love for growing to open up a farm-fresh restaurant. Farley is hedging—if coal makes a comeback, he may go back to the mines, but if not, he’s sticking with agriculture.

The can-do spirit of this crew works in their favor. And like most people in the region, many of them can draw from their native expertise growing vegetable gardens to feed their families. Jude grew up hoeing corn, raising hogs, and growing pumpkins on his family’s 4-acre farm. And during a recent workshop on marketing produce, crew member Lola Cline piped up that her father ran a produce wholesale business for 35 years.

Whatever the future holds, for now these workers are clearly laboring over something they love in an environment that encourages learning, mutual support, and giving back to their community—all qualities that build resilience over the long haul. And in an economically struggling region where hope runs in high demand, this is no small thing.

This article originally appeared in Yes! Magazine, and is reprinted with permission; it was funded in part by a grant from the One Foundation.

Top photo CC-licensed by the University of Kentucky College of Agriculture, Food, & Environment.

Catherine V. Moore is a writer and producer based in Fayette County, West Virginia, where she serves as an Appalachian Transition Fellow through the Highlander Research and Education Center. Read more > 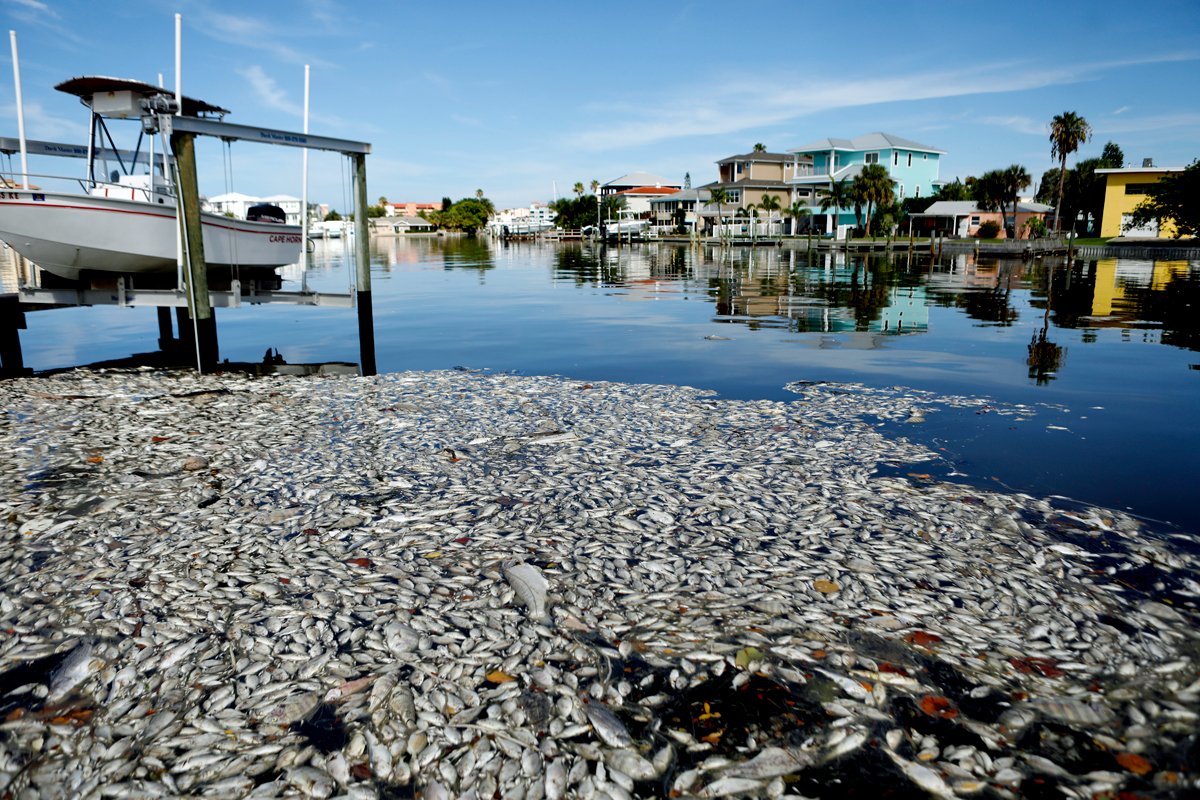