The recipe for Larry Kandarian's balanced array of grains, plants, legumes, and spices incorporated into bone broth—what he calls the secret to his longevity. 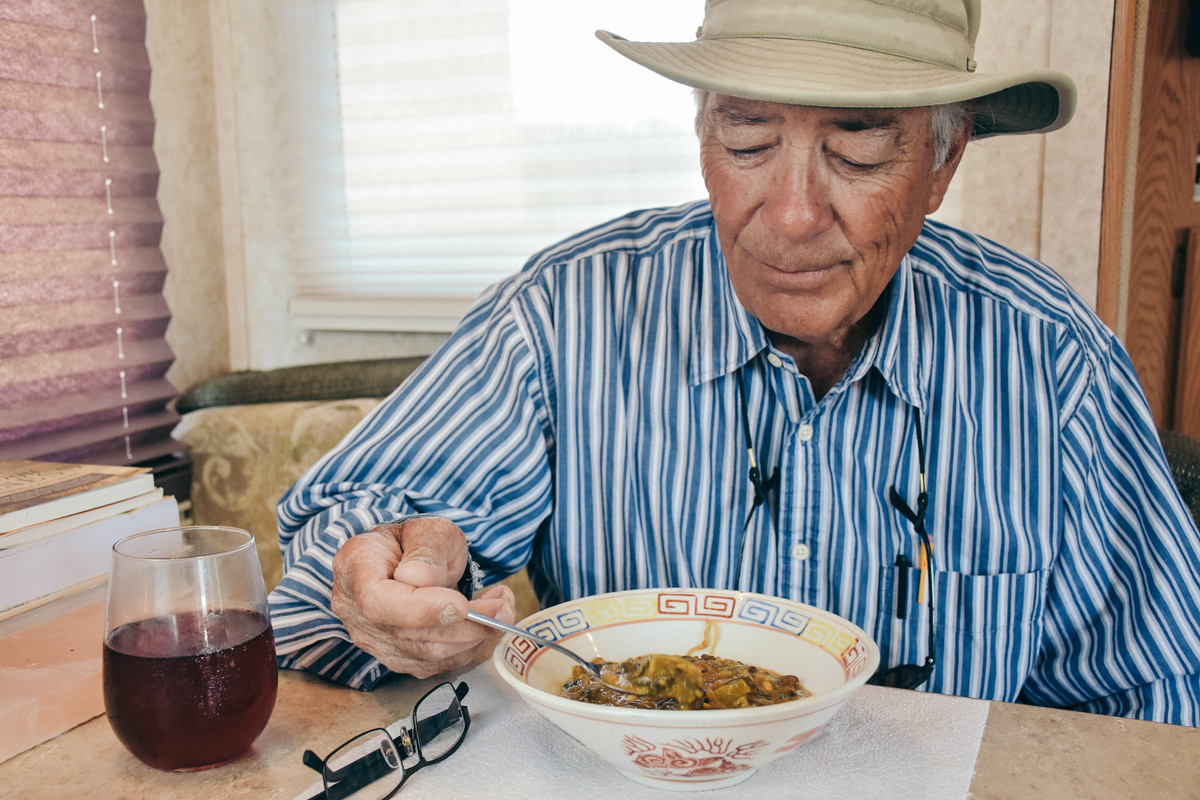 Editor’s note: As part of our profile of California organic farmer Larry Kandarian, we asked him to share the recipe of his Longevity Stew, which reporter Clarissa Wei described as “a balanced array of grains, plants, legumes, and spices incorporated into bone broth.” Kandarian lets his broth sit for months on end, but you can just as easily cook a bowl made to order. His instructions and notes are below; bon appetit!

My Longevity Stew is made with seasonal, fresh, organic ingredients, including the most important ingredient of all—love. Underlined ingredients are staples I always include in my recipe. I encourage you to experiment with all the other ingredients to make the Longevity Stew your own.

Start by bringing the broth to a boil and adding the ingredients of your choice. Reduce to a simmer and take out a pint and a half to eat at the time of cooking. After the first serving, add additional ingredients of your choice and keep the soup at a low simmer through the meal (approximately 30 minutes). Store the soup in your refrigerator and repeat the process the next day.

Fungus: Chanterelles or crimini. (Always include at least one fungus.)

Sea vegetables: Kelp or other. 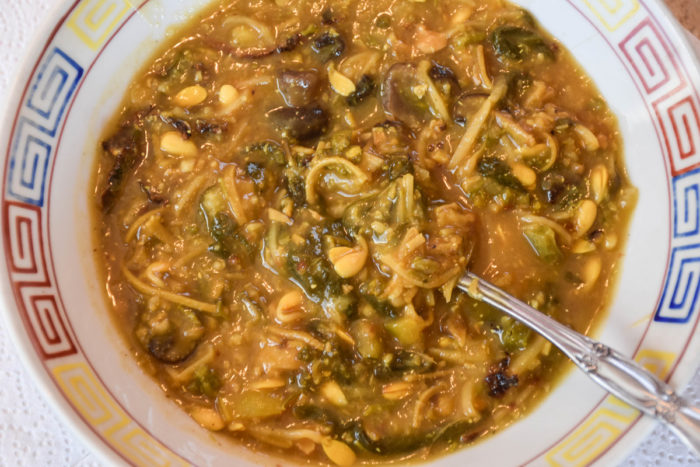