Our Best Food Justice Stories of 2017

The rising tide of resistance across the country fortified longtime champions of food justice and brought even more people into the movement. 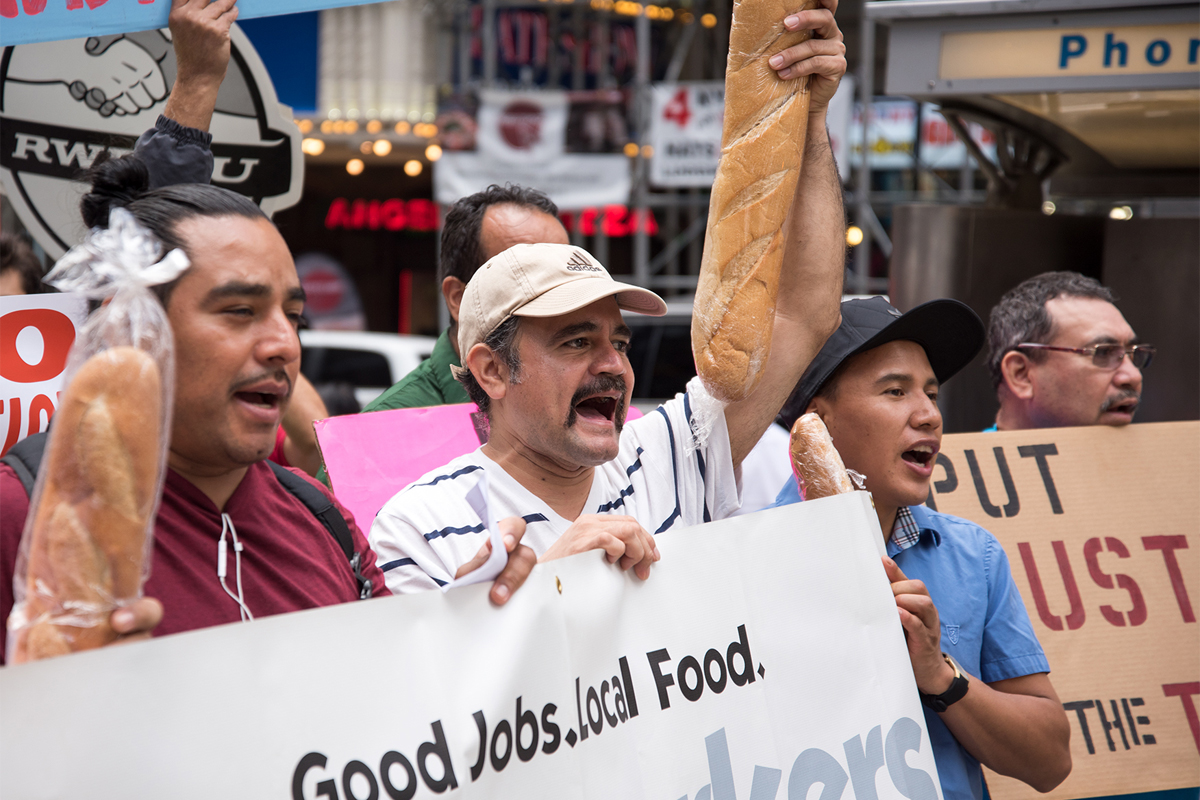 If there’s a silver lining to 2017, it could well be the growing resistance to the status quo and new efforts to claw back the hard-won progress the current administration has dismantled in the food system and elsewhere. Civil Eats shined a light on many of those efforts, from migrant workers’ rights to gender equality in commercial kitchens, from policy proposals to protect the vulnerable to efforts to feed—and reconcile—the resistance.

Below, in chronological order, are our top food justice stories from 2017: 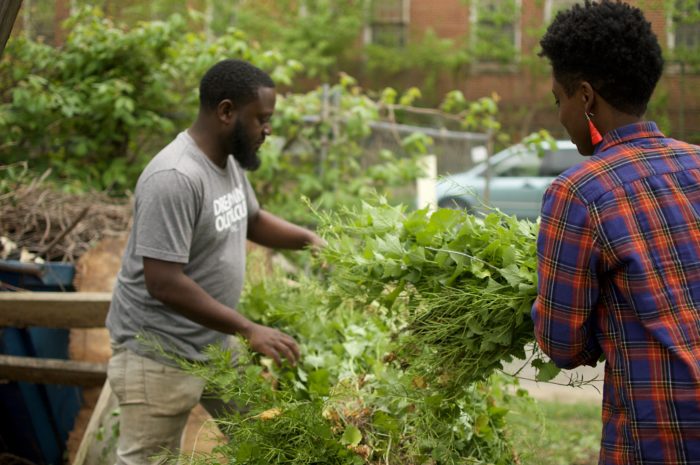 Is a More Equitable, Fairer Farm Bill Possible?
By Leah Douglas
While Capitol Hill begins another round of Farm Bill negotiations, grassroots leaders gathered to discuss the people, places, and issues that have too often been shut out of funding.

[Editor’s note: In July 2017, we lost Lizzie Grossman, our senior reporter and a pioneering environmental health journalist, to cancer. We published a tribute to Lizzie after her passing, and all of her work for Civil Eats in posted in this archive.] 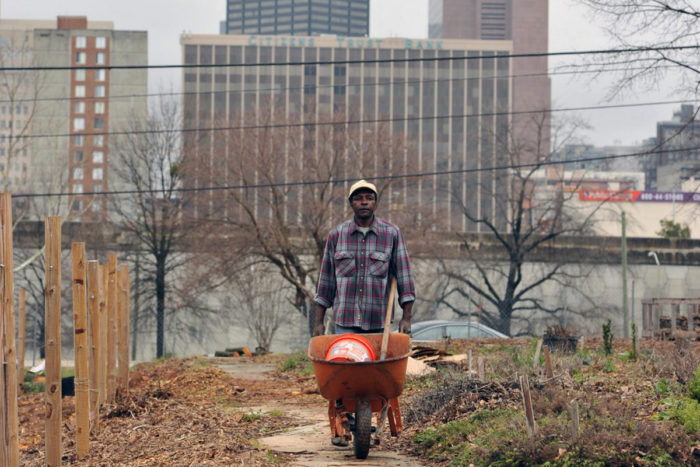 Growing Community and Feeding the Revolution on an Atlanta Urban Farm
By Nneka M. Okona
Rashid Nuri planted a seed that is blossoming into better food for all.

The Battle For Transparency on North Carolina Factory Farms
By Christina Cooke
Advocacy groups have challenged an especially egregious ag-gag law designed to keep the public in the dark about industrial animal farming operations. 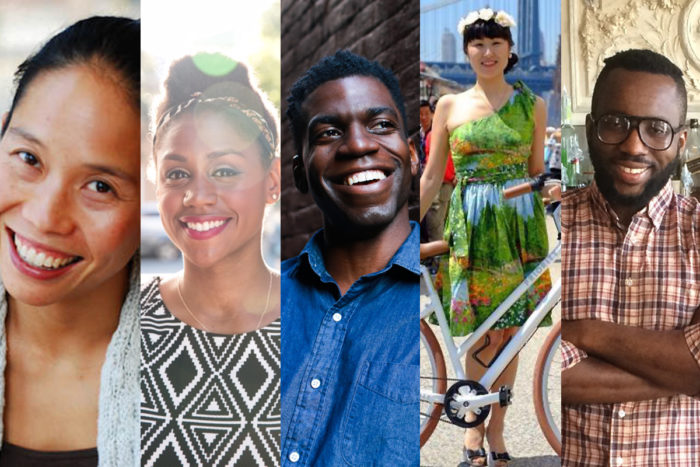 Young Food Justice Leaders Speak Out
By Christina Cooke
Young people gathered at one of the nation’s most popular food justice leadership trainings talk about the change they want to see in their communities.

In Their Own Words: Oral Histories of California Farmworkers
By Liesl Schwabe
Journalist Gabriel Thompson collected the stories of 17 farmworkers who share the day-to-day struggles of life in the fields.

A California Bill Takes Steps to End Discrimination Against Farmers
By Christopher Collins
The Farmer Equity Act would pave the way to help minority and women farmers acquire the resources they need to succeed. 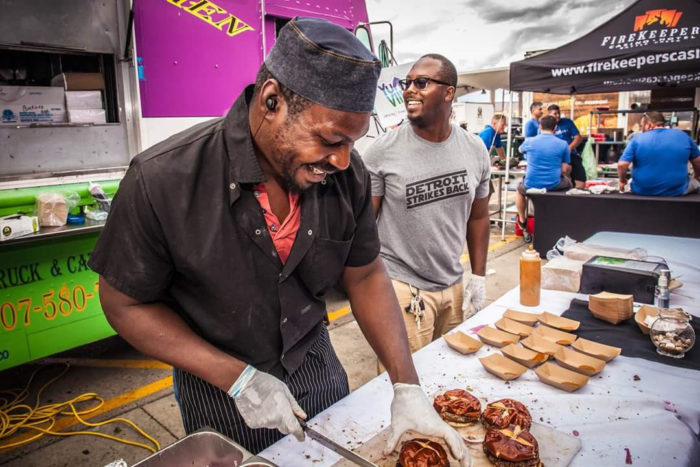 Michael Twitty’s ‘Cooking Gene’ Uses History as a Lens on Food and Race
By Lisa Held
The chef and culinary historian’s new book explains how the story of Southern food is the story of the African-American experience, starting with slavery.

The Fate of NYC’s Undocumented Bakers Could Change the Food Industry
By Alex Swerdloff
Recently fired undocumented employees of Tom Cat Bakery are joining with worker advocates to urge the food industry to better protect immigrant workers under the Trump administration. 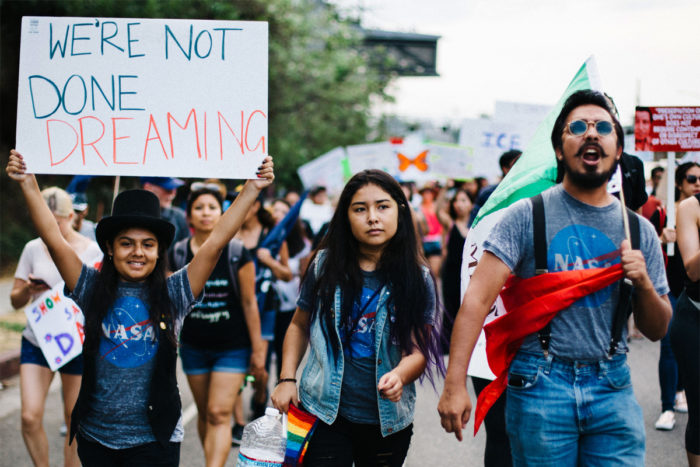 What DACA Means to Food Industry Workers
By Alex Swerdloff
More Dreamers work in food than any other industry; with DACA on the chopping block, they share how it has changed their lives—and what happens if it ends.

Can Dumplings Heal a Neighborhood Divide?
By Joy Manning
An ambitious dinner series in Philadelphia spent a year trying to build bridges with food.

Julia Turshen Wants to Feed the Resistance
By Scott Thill
With a new guidebook, the cookbook author hopes to help bridge her existing audience of food and recipe lovers to a larger movement for food justice. 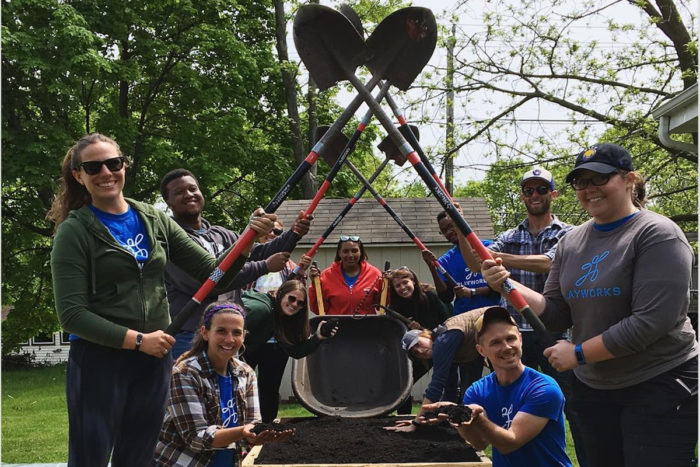 Milwaukee is Showing How Urban Gardening Can Heal a City
By Laurie Mazur
The city is taking on hunger, poverty, and blight through a vibrant network of urban ag efforts and more farmers’ markets per capita than any other U.S. city.

Race and Food are Intertwined. Here’s How We Can Do Better.
By Hannah Wallace
Our food system is based on a history of inequity. UCS’s Ricardo Salvador offers ways to fix that.

‘Migrant Kitchen’ Aims to Show We Cannot Separate Food From Politics
By Scott Thill
In the second season of the Emmy-winning documentary series, executive producer Antonio Diaz seeks to expand the national dialogue about the immigrant experience. 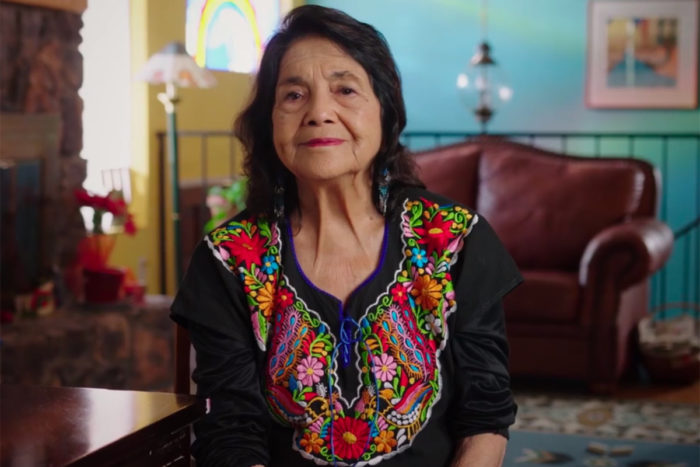 Dolores Huerta is Still Fighting for Farmworkers’ Rights
By Twilight Greenaway
The 87-year-old community organizer is finally being recognized thanks to a new documentary. But she says her work is far from over.

A Native Community Preserves its Food Traditions
By Allie Hostler
Members of the Tolowa Dee-ni’ Nation are keeping traditional foodways alive in the face of climate change and human impact.

From Sonoma County’s Ashes, a Fund for Undocumented Immigrants Rises
By Leilani Clark
UndocuFund wants to build long-term support for the undocumented hit hard by the fires. But will it be enough to solve a looming housing and employment crisis?

An App for Farmworkers’ Rights Makes its Way Into the Fields
By Gabriel Thompson
CalorApp, developed by a high school student, will alert farmworkers of dangerous temperatures and allow them to report unsafe work practices.

Support from readers like you is what keeps Civil Eats going. Please consider making a year-end donation or signing up for an annual subscription if you haven’t already.