Wendell Berry is the Quiet Narrator of this New Documentary

Behind the scenes of a thoughtful new profile of the farmer-poet as the anti-celebrity. 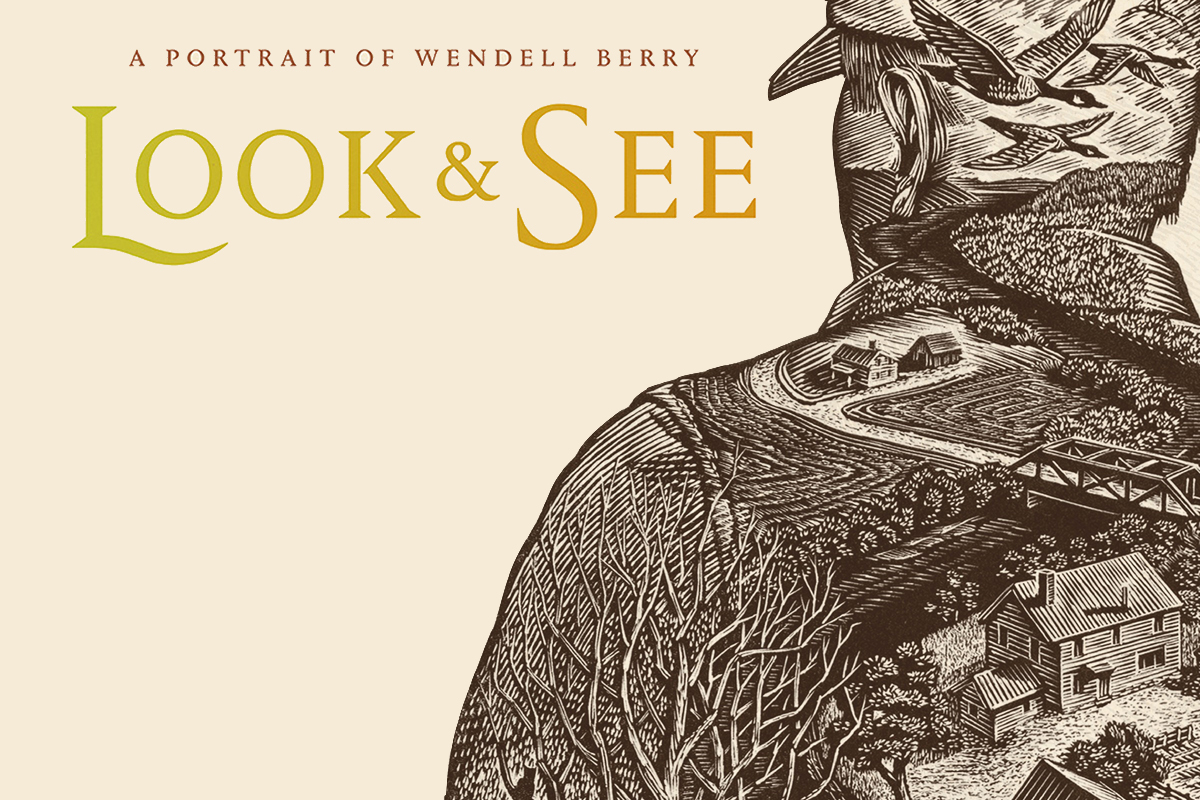 Over a decade ago, while filmmaker Laura Dunn was making her first feature documentary, “The Unforeseen,” farmer and poet Wendell Berry graciously invited her into his Henry County, Kentucky home so she could record him reading the poem from which the movie’s title originates. Like many, Dunn was moved by Berry’s presence, and she’s been working to bring his worldview to a wider audience ever since.

Earlier this year, she released “Look and See,” an unconventional documentary about Berry’s life. In the film, Berry himself is elusive, never actually appearing on camera in the present day. Instead, the film is filled with still images of Berry on his farm in the early years, television footage from the 1970s of him opining about changes to agriculture, and his resonant voice floating over gorgeously shot images of Kentucky farmland.

Dunn knew early on that Berry would not agree to be filmed. But rather than abandon the project entirely, she took this as a creative challenge. As a result, “Look and See” offers a view of the world from Berry’s eyes instead. Over the course of the film, you meet Berry’s daughter, Mary; his wife, Tanya; and numerous Kentucky farmers whose struggle to stay on the land in the face of consolidation is the subject of much of Berry’s work.

The film also captures Berry’s debate with Earl Butz, the now famous U.S. secretary of agriculture under Nixon and Ford, and a major proponent of industrialization of agriculture. In his rebuttal, Berry pays homage to the “traditional farmer” who “first fed himself off his farm and then fed other people; who farmed with his family, and passed the land on to people who knew it and had the best reason to take care of it. That farmer stood at the convergence of traditional values. Our values. Independence, thrift, stewardship, private property, political liberty, family, marriage, parenthood, neighborhood. Values that declined as that farmer is replaced by technologies whose only standard is profit.”

“Look and See,” which has been screened in communities across the country through TUGG (a theatrical booking site for indie films), debuted on Netflix in October. Civil Eats spoke to Dunn about telling the story of Berry’s life, her unconventional filmmaking methods, and why she sees Berry’s novels as the heart of his oeuvre.

When did you first read Wendell Berry’s writing and what imprinted itself upon you?

I read The Unsettling of America in high school. My mom is a [corn] geneticist—and very much an environmentalist, an agricultural person. Because of that, I was interested in these ideas. And then I read more of his stuff in college; he was a writer I really loved. But when I was working on my first feature, “The Unforeseen,” [executive producer] Terrence Malik wanted me to find some voices to include in the film … So I delved deeply into his work—mostly his poetry. And then I reread The Unsettling. And I really fell in love with his poetry and his work again.

And why did you decide to make this film, so many years later?

When we toured “The Unforeseen,” I was really surprised by how few people knew who Wendell Berry was. I feel like more people should be familiar with Berry’s work.

Can you talk about what it was like to make a film about Berry without including him in it? And I take it that wasn’t your choice?

It was the constraint he put on me. He is really anti-screen: no computers, T.V., or movies. He thinks it contributes to the decline of literacy and the deterioration of imagination. And I knew that, so I knew this would be a challenge.

He didn’t want to be filmed—it makes him feel so inauthentic. So, in those early conversations, I said to him, “I understand. I actually think that’s very insightful information about you. If we could just do audio interviews, that would be interesting. I want you to point me to what we should see.” So I accepted that constraint. And it was his wife Tanya who would say, “This is who you should talk to.”

Can you say anything about the black-and-white still photos at the heart of the film?

James Baker Hall, one of Wendell’s dearest friends, passed away in 2009. He was a writer and professor at the University of Kentucky, and he took all these gorgeous black-and-white photos. His widow had boxes and boxes of never-before-seen negatives and when we found them, I thought, “There’s a film here that we could piece together.” It’s sort of impressionist-style. 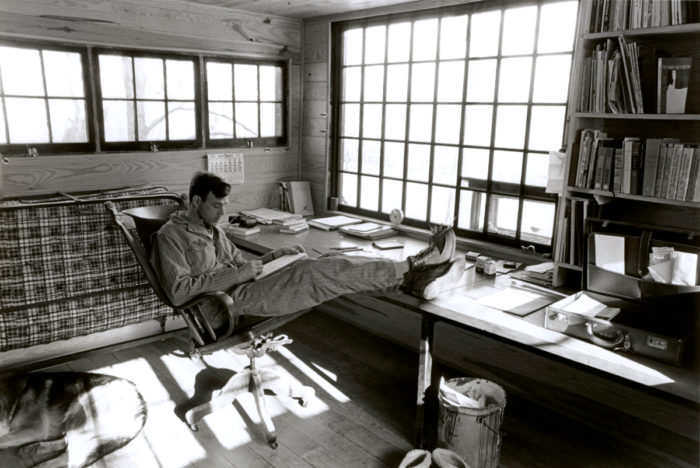 Who are the farmers you interview throughout, and why do you choose not to name them in the course of the film?

Everyone in the film is a friend or a neighbor of Berry’s. Sometimes I watch the film and think, “Maybe I should have named them.” Form is something I’m constantly experimenting with. There are standard things you’re supposed to do in a documentary. I had it with their names for a long time. Then I thought, “It becomes so literal-minded.” I want people to feel something. We live in such an information age. I don’t want more data. I want something that’s going to transport me to a place. I’m making the film I want to see.

Can you speak about the beautiful wood engravings that start each chapter of the film?

Wesley Bates has illustrated a lot of Wendell’s books. [Co-director/producer] Jef Sewell, my husband, did the visual design. I wanted it to be chapters like in a book. So he said, “We have to find Wesley Bates.” He’s an amazing, vibrant artist in his 60s, who lives in Toronto. They’d have conversations over the phone and then he’d sketch something and then we’d give him feedback.

Throughout the film, we hear Berry reading his poems. How did you choose which poems to include?

It was really tough. “The Window Poem” was something I had read many years ago and that was really in mind when we started the film. It’s about the tension between the grit of our world and the patterns. My approach was to go to Henry County and do a portrait of this place. We’d go and I’d spend a few weeks, find what stories were compelling. We’d shoot all the footage and then you edit it and you find narratives—poems to frame things. This illustrates this idea, or that idea.

I was familiar with his essays and poetry, but I didn’t know that he also wrote novels. Can you say a little about them?

I honestly think his novels are the heart of his work. Basically, every single novel is told through the eyes of a different character in a small town in Kentucky. The more you read, the more complete a picture you get.

I see him as an artist. I think his nonfiction writing is infused with poetics all over the place. He sees segmentation or categorization as a function of the industrial mind. He very much believes in interdisciplinary thought. So I think he’s deliberately defying … category. He doesn’t want to be limited.

This interview has been edited for length and clarity. “Look and See” is available on Netflix; the trailer is below.