An agricultural economist writes that treating Twinkies and carrots as the beginning and end of the farm subsidies discussion distracts from useful public discourse. 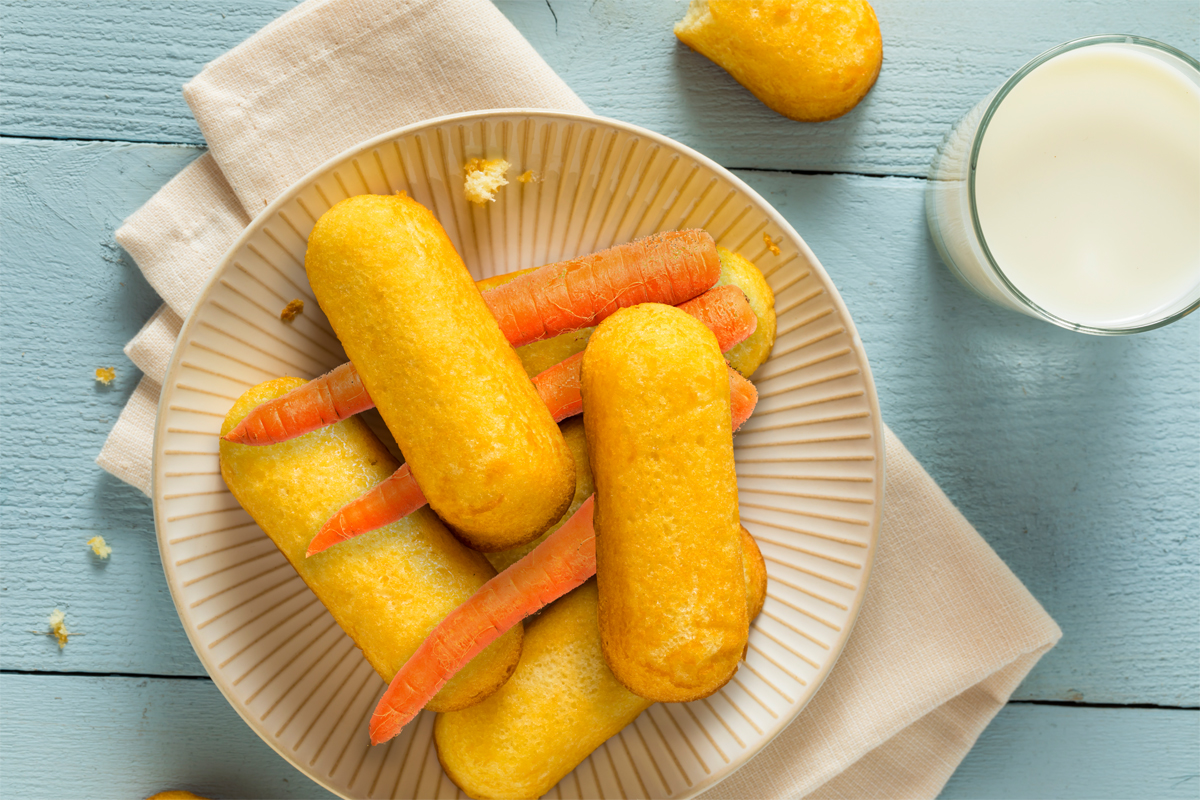 In a recent article, Washington Post food columnist Tamar Haspel took author and journalist Michael Pollan to task for blaming the farm bill for the sizable price difference between junk food and fresh vegetables. She wrote:

“…Pollan, whose work I’m a fan of, held up a package of Twinkies (which cost 99 cents) and a bunch of carrots ($2.99). The Twinkies are a complex food with 39 ingredients, and the carrots are ‘a very simple bunch of roots,’ he said. So why do the carrots cost so much more?”

Haspel added: “The idea that wholesome foods are expensive and junk foods are cheap because of the system of subsidies in the farm bill pervades the conversation about food policy. But that idea has one very big problem. It’s false.” She points out that vegetables would cost more to produce than the corn and soy in junk foods, regardless of the federal subsidies determined by the farm bill. According to one of the economists with whom Haspel spoke, those subsidies account for only “a penny and a half” of the cost of the Twinkies and three cents’ worth of the cost of the carrots.

This point is worth examining—and it points to a much larger, more complex set of facts about our food system. As Pollan and other farm policy reform advocates routinely point out, the impacts of government farm programs reach far beyond those that can be easily translated into quantities and prices. Government-subsidized crop insurance, farm loans, tax credits, agricultural research and education, as well as environmental and public-health exemptions for farming have all helped shape the basic structure and function of the agri-food industry.

The Twinkie-carrot example is simply a convenient, accessible entry point to those who are new to learning about our nation’s many misplaced public policy priorities. And treating it as the beginning and end of the discussion distracts from useful public discourse.

Prior to the 1970s, federal farm programs existed as a way to keep enough family farmers on the land to provide food security for the nation. The basic strategy was to stabilize farm incomes at levels that would keep farming profitable and food prices affordable. The 1970s brought a dramatic shift, as agricultural efficiency became the goal. The model of choice for accomplishing this new policy objective was industrialization: specialization, standardization, and consolidation of control. Farm programs shifted from stabilizing the farm-food economy to subsidizing the agri-food industry. And the farm bill shifted from supporting food production and distribution to food manufacturing and marketing.

The primary advantage for row crops like corn and soy over fruits and vegetables is that field crops were easier to industrialize and it was easier to develop farm policies to mitigate the risks inherent in their industrialization. For example, fruit and vegetable production involved potentially hundreds of different crops and production systems, whereas commodity crop production has been specialized to include just a handful of plants—corn, soybeans, wheat, rice, sugar cane, beets, and a few other others—using standardized production practices. With this standardization, farmers were able to grow and consolidate, and farms became larger, and owned by fewer operators. Farm consolidation made it much easier to influence the efficiency of production using a simpler and more manageable set of farm policies such as crop insurance and commodity-linked direct payments.

The industrialization of American agriculture was well intended. But it failed to provide food security: A higher percentage of Americans are food-insecure today than during the 1960s. It has also fueled an epidemic of obesity and diet-related health problems that threaten the physical and economic future of the country.

We know now that “cheap food” will not eliminate hunger. Even our public food-assistance programs leave food security up to the recipients’ food choices at the grocery store. And we have focused on providing cheap calories and have done essentially nothing to ensure that the agri-food system will actually meet the nutritional needs of anyone—let alone meet the basic food needs of everyone. Instead, we have allowed food processing, distribution, and retailing to become dominated, if not outright controlled, by a few giant agribusiness corporations that have to compete with other publicly traded corporations for investor capital.

This means they have been under constant pressure to increase sales by more than the increases in food consumption associated with normal population growth—which has been growing about 1 percent per year. To meet this goal, these corporations make foods with addictive properties to maximize consumption—which is how we ended up with Twinkies on the shelves. But human stomach capacity is limited. And a more promising strategy for maintaining corporate growth has been to sell more foods whose value comes from something other than the food itself.

Rather than provide food security, federal subsidies have provided these food companies with cheap, reliable sources of raw materials to be manufactured into what Pollan calls “food-like substances.”

You see, only about 15 percent of retail food costs paid by consumers are accounted for by the cost of agricultural raw materials paid to farmers. This is down from 35 to 40 percent during the 1960s and early 1970s. The “non-farm” food costs include transportation, manufacturing, packaging, marketing, and corporate profits. For example, the farm share of a consumer’s dollar spent for fresh vegetables is about 25 cents but is only about 5 cents for bread, because the cost of bread includes more manufacturing, packaging, and advertising.

By focusing on food items that can minimize the cost of raw material relative to retail value—like Twinkies—the corporation can grow faster than actual food is consumed. It has been easier to add value to cheap corn and soy by making Twinkies than to add value to carrots, although big carrots are sometimes chopped into “baby carrots” and sold for a premium.

In order for markets to actually serve the collective interest of society, as economists suggest today’s markets do, several conditions would need to exist. Consumers would have to have accurate information about the nutritional value of the foods they eat and their ultimate health consequences. But most do not. There would need to be a large number of alternative processors, distributors, retailers, and other providers of a wide variety of foods. Obviously there is not. Consumers would need “real” food choices rather than “illusionary” food choices created by processing and advertising. Persuasive and misleading advertising would need to be prohibited, particularly to kids—and it is not. These are essential conditions of an authentic free-market economy.

Our epidemic of obesity, diet-related disease, and persistent hunger are natural consequences of a failed food system that has been propped up for nearly 50 years by failed government farm policies including the farm bill. Even if markets worked effectively, they would not provide food security. Hunger is a consequence of income and economic inequity, not food scarcity. We will not fix farm policy or our food system until we are willing to confront these realities.