The decision nullifies 14 years of policymaking in a process mandated by Congress, and marks an about-face for the agency. 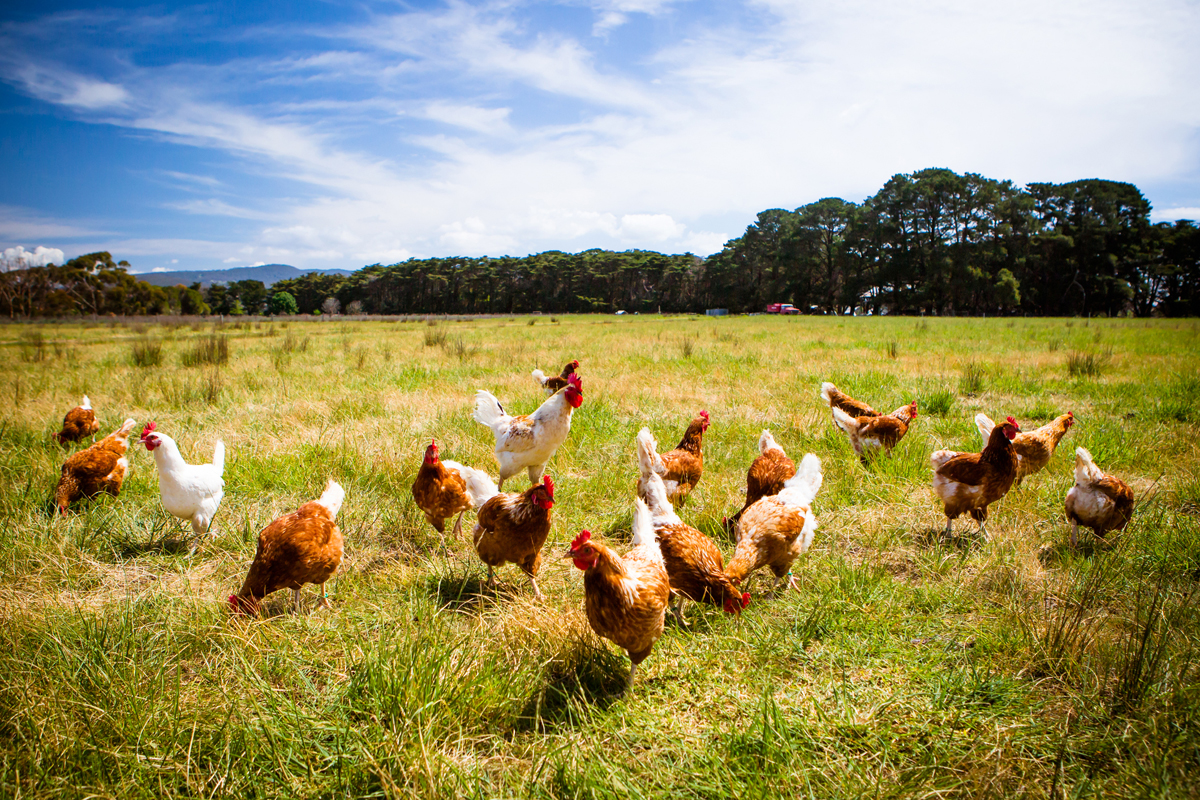 [Update: On May 6, 2019, the federal Ninth District Court of Appeas granted the Center for Food Safety access to Trump Administration documentation and communications about the decision to withdraw from the OLPP, allowing the Center and other organizations to continue their legal efforts to implement the OLPP.]

[Update: On March 12, 2018, the USDA announced that it would withdraw the OLPP rules, ending the possibility that they would be implemented.]

As we’ve written about before, the animals behind your certified organic meat, eggs, and dairy may have been treated more humanely than their conventional counterparts. But the odds are just as high—especially if you’re buying them from a large producer at a relatively low price—that they haven’t been.

All that was set to change under the Obama Administration, as a group of farmers and advocates pushed for many years to see new rules, called the Organic Livestock and Poultry Practices (OLPP), put in place. The rules were finalized on January 18, 2017, but that didn’t stop the U.S. Department of Agriculture (USDA) from delaying them multiple times in the wake of President Trump’s post-inauguration regulatory freeze. Then, in a Friday announcement, the agency published its decision to abolish the OLPP all together.

Scheduled to go into effect on May 14, 2018, and now it its fifth “final” version, the OLPP specified a set of standards for organic livestock and poultry designed to minimize stress, facilitate natural behaviors, and promote well-being. Championed throughout the organic industry—from farmers to consumer groups to retailers and animal-welfare advocates—the OLPP was intended as a course correction for the $43 billion food industry, formulated to bring organic dairy, eggs, and meat production into line with consumer expectations of higher animal welfare. Trust in the organic seal depended on it, some advocates insisted.

But this latest USDA decision codifies the big rift between the majority of certified organic producers, who follow the spirit of the law, and the fewer, much larger producers who seek to gain market advantage, primarily by continuously confining animals that are required by law to have outdoor access. The USDA’s ruling preserves the status quo, and fails to establish the USDA Organic label as the “gold standard” for organics that OLPP promised.

After the recent ruling by the National Organic Standards Board to continue certifying some hydroponic operations as organic—and the ensuing anger from many traditional organic growers—and several efforts by the mainstream media to highlight sizable gaps between the spirit and the letter of the law when it comes to certification, last week’s ruling adds to the existing turmoil in the organic industry. It also promises to add fuel to the fire for those seeking to carve out new better-than-organic labels such as “Certified Regenerative.”

The Organic Trade Association (OTA) immediately decried the USDA’s decision on Friday, pointing to the immense support from all sectors of the organic industry and the public at large. “By the department’s own count, out of the more than 47,000 comments the department received in the last public comment period … 99 percent were in favor of the rule becoming effective without further delay on Nov. 14,” said OTA in a statement. As we reported in September, OTA sued the USDA, alleging that the agency unlawfully delayed the OLPP and failed to protect the integrity of the organic label.

Organic producers, consumer groups, and animal-welfare organizations also reacted in force. “Today’s announcement is a subversion of comprehensive federal animal welfare standards approved by the USDA,” said Wayne Pacelle, president and CEO of The Humane Society of the United States, “and it will prove crippling to family farmers all across the nation who treat their animals well and want to be able to market their products under an authentic ‘organic’ label.”

An About-Face from the USDA

Friday’s decision has nullified 14 years of policymaking in a process mandated by Congress, and marks an about-face for the USDA. When the animal welfare rules were first published for public comment in April 2016, the agency’s Agricultural Marketing Service (AMS) Director Paul Lewis asserted that they were necessary “to better ensure consistent compliance by certified organic operations” and “to assure consumers that organically produced products meet a consistent and uniform standard.”

Eighteen months later, Lewis concluded that OLPP “would exceed the USDA’s statutory authority” as established by the Organic Foods Production Act of 1990. In interpreting the law, the agency stated that organic regulation should be limited to “health care practices” and should not “encompass stand-alone animal welfare concerns.” AMS also reassessed the financial costs to farmers and consumers and found cause for concern that it could “hamper market-driven innovation and evolution and impose unnecessary regulatory burdens.”

The AMS rationale for the withdrawal echoes some of the loudest opposition from Big Ag industry groups, including the American Farm Bureau Federation and the National Pork Producers Council (NPPC). After the last delay on November 14, Farm Bureau president Zippy Duvall praised Agriculture Secretary Perdue, stating that the OLPP was “pushing an agenda rather than advancing food safety or animal welfare” and called for its complete withdrawal. On Friday, NPPC reasserted its position that the new rules exceeded the agency’s authority and “the fact that animal production practices have nothing to do with the basic concept of ‘organic.’”

Many critics have called out the USDA for pandering to industry interests. The American Society for the Prevention of Cruelty to Animals president and CEO Matt Bershadker said, “This is yet another example of the USDA manipulating its rule-making process to benefit Big Agriculture interests and, in the process, abandoning its duty to support responsible organic farmers and consumers who have fought alongside animal advocates for nearly two decades to make this rule a reality.”

Much of the OLPP concentrated on indoor and outdoor space provisions for poultry and specifically outlawed calling covered porches sufficient outdoor access. This inflamed large egg producers, including Cal-Maine, Herbruck’s Poultry Ranch, and others that cited biosecurity hazards. They raised the alarm to Senators Pat Roberts (R-Kansas) and Debbie Stabenow (D-Michigan) who, as members of the senate agriculture committee, threatened appropriations riders to defund OLPP throughout its passage at the USDA.

The organic egg market is flooded with eggs from big egg companies that are indistinct from conventional cage-free eggs other than the hen’s feed. This two-fold organic market unfairly disadvantages smaller farmers who face higher costs of production and compete for market share. It also engenders consumer confusion over the meaning of the organic label, which organic industry and consumer advocates fear will erode the value of USDA organic label.

But USDA under Perdue and Trump no longer sees it that way. In its latest reassessment, AMS found “little, if any, economic justification for the OLPP final rule.” In fact, the agency acknowledges the “variance in production practices within the organic egg sector” and asserted that “as more consumers become aware of this disparity, they will either seek specific brands of organic eggs or seek animal welfare labels in addition to the USDA Organic seal.”

This laissez-faire stance is consistent with the Trump-era USDA’s position on other Obama-era regulations that pit Big Ag against smaller farms, such as the Grain Inspection, Packers and Stockyards Administration’s Farm Farmer Practices Rule (known as the GIPSA rules)—which once promised to level the playing field for small meat producers, but has sense been watered down and then withdrawn all together—and the Waters of the United States (WOTUS) rule, which was an early casualty of the Trump administration’s regulatory rollback.

“It makes no sense that the Trump Administration would pursue actions that could damage a marketplace that is giving American farmers a profitable alternative, creating jobs, and improving the economies of our rural areas,” OTA commented in its statement.

Advocates argue that creating a consistent and uniform standard for organic production practices for farm animals was precisely the purpose of the decades-long process to create the OLPP rule for the national, voluntary organic program administered by the USDA.

The USDA has reopened a 30-day comment period pursuant to publication in the Federal Register that will end on January 17. This concludes a full year of AMS punting OLPP, despite that fact that just 28 commenters on public record (out of over 47,000) supported its withdrawal.

“This is a clear case of the Trump Administration ignoring public feedback to follow through on its own politicized wishes,” said a joint statement from four members of Congress, including Representative Chellie Pingree, a Maine organic farmer and a Democrat on the House Appropriations Subcommittee on Agriculture. “This undermining of the public process is absolutely indefensible and should not be allowed to stand.”

Meanwhile, OTA’s federal lawsuit to force the USDA’s hand is in limbo, but the organization promises to continue the fight. Animal-welfare organizations are also reassessing their campaign strategies against an administration wherein public opinion seems to have no currency.

As HSUS president Pacelle put it, “We are appalled by this action, and plan to mount a major effort to reverse a decision that will contribute to hollowing out rural communities and that will allow factory farmers to trick the public and sell their products at a premium under a deficient organic label.”