Bipartisan Bill Might Seed the Future of Organic Farming

Advocates on both sides of the aisle say doubling funding for the USDA’s organic research program will help farmers meet demand and remain competitive. 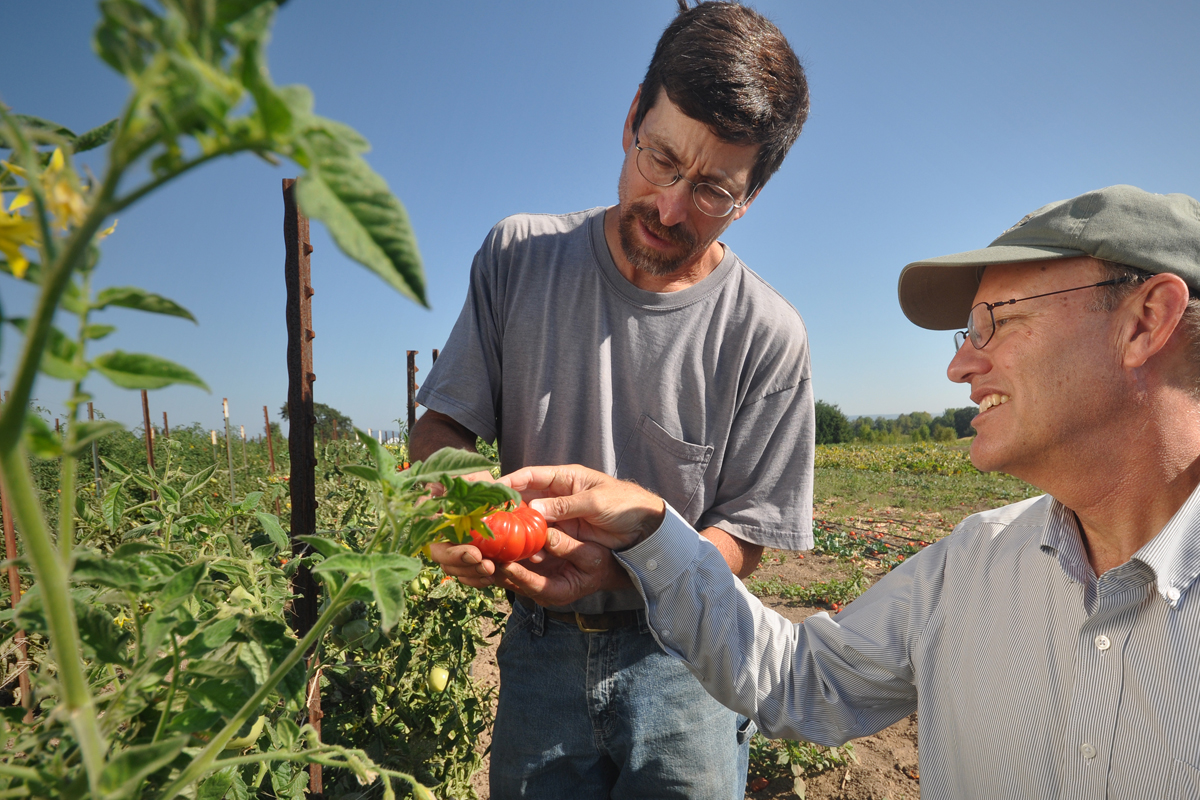 The last Farm Bill cost taxpayers an estimated $489 billion. But less than 1 percent of that funding was spent on agricultural research. And a tiny piece of that 1 percent went specifically to organic agriculture research, via the U.S. Department of Agriculture (USDA)’s Organic Agriculture Research and Extension Initiative (OREI).

In fact, Maine representative Chellie Pingree, herself a farmer and advocate for organic farming practices, said her staff dug into the math and found that tiny piece is equal to less than one-tenth of 1 percent.

That’s one of the biggest reasons Pingree and others say funding more research is crucial to help farmers who are making the transition.

“Our rate of importing organic commodities is going up all the time. People are really worried about certification fraud,” Pingree told Civil Eats. “Plus, American farmers are missing those markets, which usually pay a better price, involve less toxic chemicals for the farmers, and are better for the soil and environment.” She added that she sees the USDA’s job as giving “farmers the technical assistance and background research to help them move into new markets.”

In order to move this needle, Pingree in May introduced the Organic Agriculture Research Act of 2017 (H.R. 2436), which proposes more than doubling the program’s funding to $50 million per year through 2023, with the passage of the 2018 Farm Bill.

Support for the legislation has been picking up steam, with more than 50 new co-sponsors (47 Democrats, 4 Republicans) signing on between September and November 2017. Organizations like the Organic Farming Research Foundation (OFRF), the National Sustainable Agriculture Coalition (NSAC), the Organic Trade Association, and Beyond Pesticides are all lobbying for its passage, and Rodale Institute’s Organic Farmers’ Association included it in the group’s first round of policy positions.

“There’s a real lost opportunity because of the higher prices for farmers, environmental benefits, and benefits to communities, that we’re not meeting more of this demand domestically,” says OFRF’s executive director Brise Tencer. “There are a number of factors that may be obstacles to growth in the industry, but we definitely believe that research is an investment that will be the underpinning of growth in any sector.”

The Power of Federal Ag Research

OFRF’s entire mission is to invest in research on organic agriculture, but as a small nonprofit organization, its leadership recognized early on that much more funding was needed in the field. Tencer says that in 2001, the organization developed a blueprint for the first federal organic research program and asked former Iowa Senator Tom Harkin to sponsor the legislation. He proposed the bill as part of the 2002 Farm Bill, and OREI was officially created that year.

In 2016, as a way of evaluating OREI’s impact on organic farming, OFRF published a detailed report that analyzed all 189 projects funded between 2002 and 2014, how those projects have affected farmers and the industry, and gaps in the research.

According to the report, “at least 169 projects (89 percent) appear to offer at least potential benefits to organic producers, including improved production (82 percent), profitability (64 percent), or environmental impact (50 percent). A similar number (161 projects, 85 percent) provided agricultural professionals with practical information that improves their capacity to assist organic producers, or research data or materials (such as advanced plant breeding lines) that provide a foundation for future research,” the report found.

The projects addressed a wide variety of topics, including soil health and cover crops, effective pest control and weed management, plant breeding and cultivar development, and the economics of organic farming.

Many even covered multiple segments of the supply chain, from seed to food service. One particularly comprehensive project, for example, brought together scientists, farmers, millers, bakers, and chefs to identify the best varieties of wheat for organic production in New York, with an eye toward providing a rotational crop for soil health and boosting the local economy.

“We identified several varieties that performed well in the field for organic farmers in terms of yield and disease resistance and also performed well in terms of quality and taste,” explains Lisa Kissing Kucek, one of the primary researchers who worked on the $2 million “Value-Added Grains for Local and Regional Food Systems” grant at Cornell University’s College of Agriculture and Life Sciences. “That’s a direct application that farmers can then use to select these varieties for the local food system.”

Tencer says the report shows that OREI was doing what it had been designed to do. It “informed our understanding of the ways OREI is having impacts and the gaps we identified were not due to a problem with the program but simply insufficient funding to address all those needed areas,” she added.

Funding the Future of Organic

Increasing the funding for organic techniques and practices—so that OREI could answer some or all of those lingering questions—could help more new and smaller farmers transition to organic, says Kanika Gandhi, a policy specialist at NSAC.

“As larger farms try to get on the organic bandwagon, it’s getting even harder for beginning farmers and farmers looking to transition [to enter the fray],” Gandhi says. “Bigger corporations are driving down organic prices even though smaller farmers are [often] using better practices. That’s a big issue.”

In OFRF’s 2015 national survey, Tencer says one of the areas where producers faced the most challenges was in soil health and management. Although that was an area that had a lot of investment through OREI since 2002, she notes that “there’s still a need for more investment in future research and work.”

But at a time when the administration is largely focused on cuts to agricultural funding, will lawmakers be able to gain enough support to get the increased funding into the 2018 Farm Bill?

At this stage in the process, the legislation has strong bipartisan support and Tencer says she’s “cautiously optimistic.” Although it’s not clear where the money will come from, Gandhi says, since the overall tenor of conversations is on paring down costs, “in the big scheme of things, this ask is not that drastic. Its impact on the people who apply for these grants, however, is huge.”

Kissing Kucek notes that when it comes to research on organic agriculture, OREI is often the only way to get a project started. “[Organic] is still a very small subset of the land and agricultural markets out there, so very little private funding is available … we just have such a small piece of the pie to work with.”