Becoming (and Remaining) a Farmer is Hard | Civil Eats

Becoming (and Remaining) a Farmer is Hard

Education and training can help new farmers succeed, but new research points to systemic challenges that also need to be addressed. 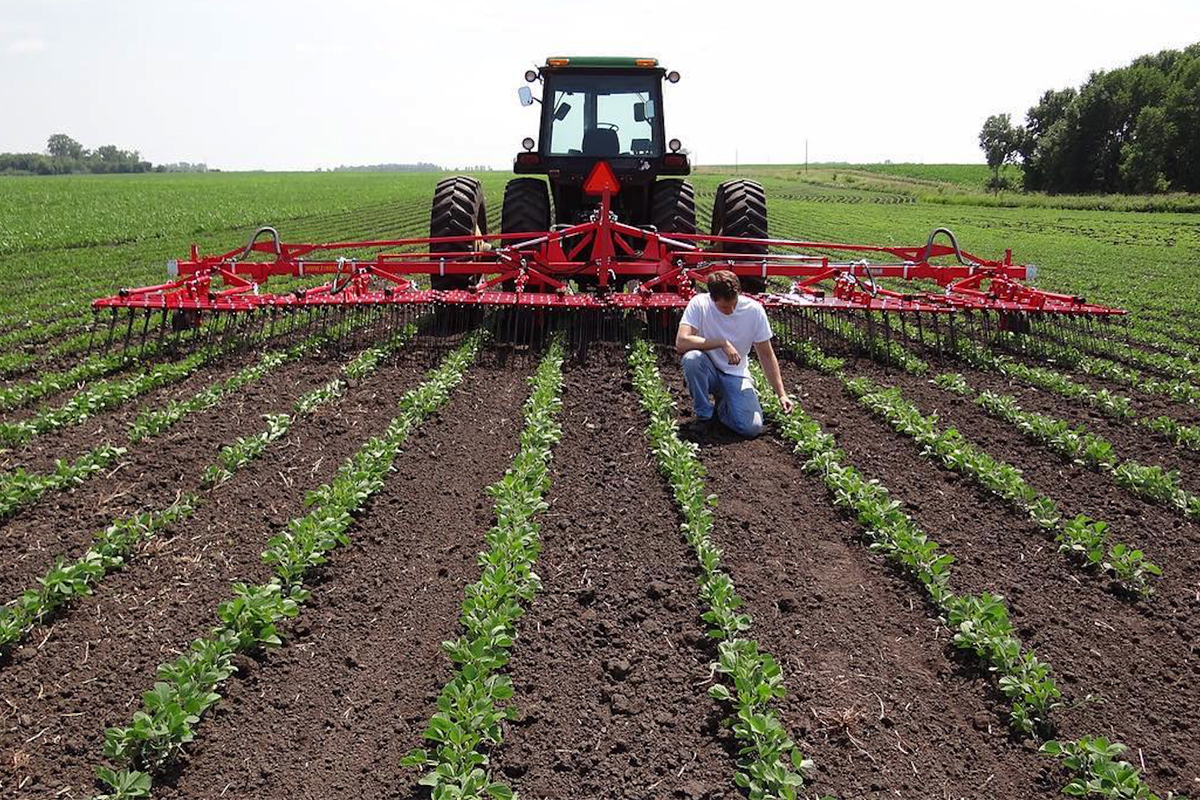 The lack of beginning farmers in the United States is bordering on a crisis. As the latest Farm Census shows, there has been a stark decline in overall farmers—the U.S. is now home to roughly one-third the population of farmers as in the 1930s. The average age of the American farmer is now nearly 60 years old. Although there was a measurable increase in farmers aged 25 to 34 during the 2007 and 2012 Farm Censuses, the number of farmers aged 35 to 44 during the same period dropped, suggesting many young and beginning farmers are struggling to stay on the land.

The 2014 Farm Bill sought to respond to this issue by allocating over $440 million toward beginning farmer programs—a 150 percent increase in similar funding over the previous farm bill. The bill created new loans for new farmers, loosened restrictions on existing loans through entities like the Farm Service Agency, and incentivized land trusts to sell their land to beginning farmers, among other things.

These changes were seen as a significant win for beginning farmers. But new academic research suggests that the efforts may not have been an effective solution. And while the support may have gone primarily to training, it now appears the funding hasn’t adequately addressed many of the other obstacles beginning farmers face, including access to land, student loan debt, and, in the case of farmers of color, discrimination from predominantly white land owners in this country.

The Beginning Farmer and Rancher Development Program (BFRDP) received $200 million through 2018 to assist farmers with the “knowledge, skills, and tools to make informed decisions for their operations and enhance their sustainability,” said a spokesperson for the National Institute of Food and Agriculture in an email.

This approach to aid is something that researchers in several fields from science to public education refer to as “knowledge-deficit approach”—an attempt to solve social problems through training or education. But some believe it’s not effective on its own.

Adam Calo, a doctoral candidate at U.C. Berkeley who recently published a paper in Agriculture and Human Values critical of the BFRDP’s knowledge-deficit approach, calls this the “politically safe” solution. As Calo sees it, everyone agrees beginning farmers need support, but few will disagree with a program that seeks to equip people with skills, rather than offer anything that could be interpreted as a “hand-out.”

Putting an emphasis on training someone to, for instance, better market their products or better use their land, may be a palatable use of taxpayer funds, says Calo. But he and many farmer advocacy groups say the biggest issues facing beginning farmers may be more structural and systemic than a lack of skills.

“Among other challenges, farmers entering the system struggle with acquiring the necessary start-up capital, securing markets for their produce, and identifying or acquiring suitable farmland,” Calo writes in his research. But he also includes a less-discussed, but important barrier, “ethnocentric preference embedded in beginning farmer supports that regularly favors white, English-speaking farmers.”

In other words, at a time when the nation desperately needs more farmers, and anyone wiling to do so should be encouraged, access to land may be denied based simply on race and/or ethnicity. Calo’s research found that immigrants struggle to rent land due to a lack of trust on the part of the landowners, and so do citizens. Lack of language skills adds further challenge to acquiring a loan or discussing one with an extension agent.

“For any of these problems,” says Calo, “you can imagine a knowledge-deficit solution” to offer to farmers—it could be English lessons or training in how to converse with landowners or extension agents. But taking that approach, he believes, runs the risk of placing extra burdens on farmers without resolving the larger structural challenges. It could even make the problems worse.

“These structural barriers—whether rooted in informal social networks or systemic ethnocentrism, hold back some beginning farmers who otherwise energetically apply themselves to overcoming their individual knowledge deficits,” Calo’s research asserts.

Putting the Farm Back In Farmer

Affordable farmland is hard for young farmers of all ethnicities to acquire—and even harder for them to hold on to.

Meg Paska and her partner grew flowers and herbs on less than an acre of land just outside New York City for four years before being told it was going to be sold. The property was prime real estate with high taxes, so they couldn’t afford to outright buy it. They moved to a new parcel in Somerset County, New Jersey, where they felt they’d be stable for a few years, only to be told six months later that they had 90 days to move their farm for the second time that year.

“The entire process had me really questioning what I was going to do with my life,” Paska says. “I thought this was really it.”

Issues of land access and proper lease agreements are prime among beginning farmers. Agricultural land is a hot commodity and prices reflect that they are on the rise. The best farmland—best proximity to markets and best quality—is often also the best real estate with the highest taxes. And though renting can be significantly cheaper, there are few lease protections for beginning farmers. Paska was never able to sign more than a year-long lease, and is now looking to buy a piece of property three hours north of her current farm.

“We’ve had to really look far from where our customer base is,” says Paska. “We’re really starting from scratch to some degree.”

Paska has tried working with land trusts, but there is nowhere affordable nearby to live. She has also worked with well-meaning landowners whose expectations are often unrealistic. “They think that landscaping and farm work are basically the same thing … their expectation is that everything is going to look like Martha Stewart’s place.” Most of the beginning farmers she once knew in her area have stopped for similar reasons, she adds.

Farmers of all ages are no strangers to debt—it’s one of the perennial forces shaping U.S. agriculture—one that knowledge-deficit efforts try to address. But add to that the reality that many young farmers also carry hefty student debt, and the systemic nature of the challenge becomes clear.

Jackson and Jordan Rolett of Think Little Farm in Southern Kentucky, for example, carry $45,000 in debt for non-agricultural degrees and they have no idea if they’ll ever be able to pay off. Although they have been farming for five years, and have run their own farm business for two, this debt obstructs loans that could grow their farm and stabilize their life.

The Farming is a Public Service Campaign, spearheaded by the National Young Farmers Coalition (NYFC) and others, “could help us tremendously,” says Jackson Rolett. The campaign seeks to include farmers in the Public Service Loan Forgiveness Program of 2007, which forgives the balance of student debt after those enrolled make 10 years of income-driven payments. Currently, this program includes teachers, nurses, doctors, public-interest attorneys and non-profit professionals—though not, as of yet, farmers.

Rolett believes most people, like himself, don’t want to be subsidized, but says there is a “three-to-five year building phase to get to the point where you’re not having to constantly reinvest all of your money.” Throw student debt into the mix, and those three-to-five years may stretch to 10, or never arrive at all.

Despite all these systemic challenges that farmers face, it’s important to note that the BFRDP’s approach to training beginning farmers has also been met with praise from much of the farming community. The National Sustainable Agriculture Coalition (NSAC), for one, recently released a substantial report describing the BFRDP as “an integral part of developing our next generation of farmers and ranchers.”

“I think it makes a lot of sense,” says Calo, “to advocate for the BFRDP’s continued existence.” But he emphasizes that it shouldn’t exist in a vacuum. If two people go through the same training program, “the one who doesn’t have structural barriers has benefited more. It can almost create a division between who gets to be a beginning farmer and who doesn’t.”

Lindsey Lusher Shute of NYFC, a strong advocate for the BFRDP and a recipient of its funds, warns that if the farm bill is not passed next year, the funding will essentially run out for the program. “It is a major priority for us,” she says, “that that funding stays in place.”

Indeed, if the country wants to slow the rapid decline of farmers, it‘s going to need all the help it can get. But, Shute adds, “We need to make sure we’re doing training and taking major strides on the structural pieces to make sure that farming is a viable career, so that we’re training them to do something that is possible.”