Is Grass-fed Beef Better for the Climate? It’s Complicated.

A new report suggests that grass-fed beef offers fewer climate benefits than promised, but the debate rages on. 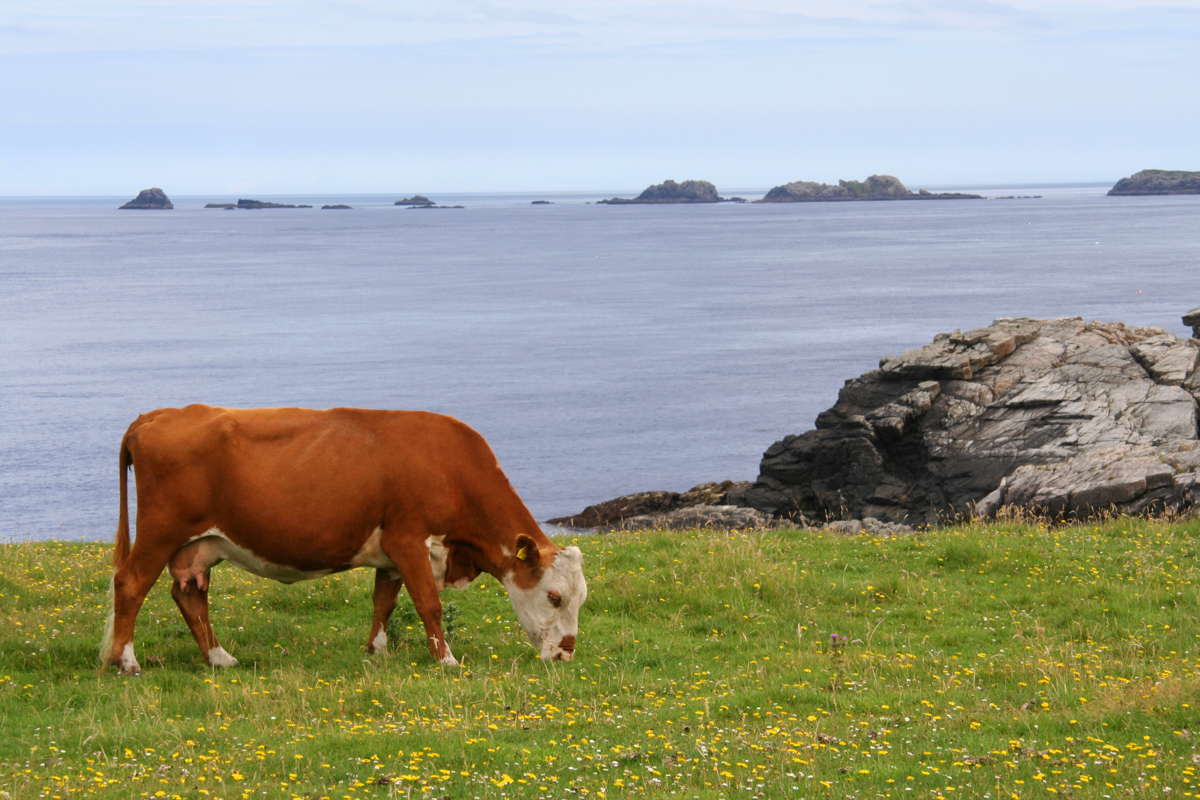 For much of the past decade, it’s been widely reported that cattle are among the planet’s biggest climate-changing culprits. A 2010 report from the Environmental Working Group showed that cattle release large amounts of methane into the atmosphere, greatly increasing the impact of meat on greenhouse gas emissions. Some ranchers and other experts, including ecologist Allan Savory, have countered that carefully managed grazing on certain land has the potential to sequester carbon in the soil, thereby reducing the amount that’s released into the atmosphere.

Tara Garnett, a food systems analyst and the founder of the Food Climate Research Network (FCRN) at the University of Oxford in England, decided to test this theory. “Savory has quite a following,” said Garnett. “We wanted to find out if he was right.”

This narrow question is the leaping-off point of a new report, two years in the compiling, that seeks to clear up confusion about what Garnett calls “inflated claims” concerning the impacts of grazed-livestock production.

In looking at 300 academic peer-reviewed research papers from the last 20-plus years, Garnett and her co-researchers concluded that the carbon sequestered by raising cattle exclusively on pasture, even if they’re sustainably managed, doesn’t balance out the methane released over the cow’s lifecycle. And although Garnett admits that the limited scope of the report makes it just “one small part of the puzzle” concerning the ecology of food systems, her team’s findings—and the accompanying assertion that reduced meat consumption is the only way for us to meet global climate goals—have nevertheless sparked strong responses, both positive and negative.

“It has been interpreted as though we’re claiming intensive production”—basically, the landless feedlot systems decried by animal welfare groups—“is preferable” to grass-fed, says Garnett, although the report does not reach this conclusion. “All we’re saying is that grass-fed doesn’t constitute a ‘get out of jail free’ card.”

Can grazing be at least part of the answer to the question of how to reduce the climate impact of our food systems? California-based rancher Nicolette Niman, the author of Defending Beef, thinks so. With a preponderance of ranching practices that result in deforestation, overgrazing, and desertification, Niman says the industry as a whole “has a lot of room for improvement.” But, she adds that “we need to focus on how we create sustainable food systems where livestock belong, because 40 percent of our land cannot be used for anything else.”

She’s referring to rangelands that support, and are supported by, ruminants as part of a dynamic ecosystem that’s unsuited to growing crops, which depletes these lands—possibly for good. “I think the biology of soils needs to become a cornerstone of our focus, rather than the amount of outputs, whether soy or grain or meat,” Niman said. And she maintains that grazing is critical to this process: “I don’t necessarily think we should produce more or less meat; we need to produce it better.”

Advancing better standards for beef production is an aim of environmental advocacy group, Natural Resources Defense Council (NRDC). Like Niman, Jonathan Kaplan, NRDC’s director of food and agriculture programs, sees a place in the greater equation for meat—with provisions. “There’s a huge contribution that sustainable grass-fed beef producers are making to the environment,” he said, citing increased grass production and water infiltration, among other benefits. “But at the end of the day, beef has a much bigger environmental footprint [than other foods]—30 times that of lentils, for example.”

Overall, said Kaplan, the FCRN report “authoritatively pokes a hole in arguments from some corners of the sustainable food community that [say] if we just manage cows on sustainable pasture, we can offset emissions with soil-based carbon.”

Michael Coe is a senior researcher at the Woods Hole Research Center in Falmouth, Massachusetts, who studies land management systems in Brazil. The bigger issue for him regarding the FCRN report (which references some of his work) is not its conclusion, but the model it chose to analyze. “We already knew that meat in general is an expensive prospect,” he said.

By looking at ruminants grazing exclusively on grass, Coe said the report “provides a solution to a problem that didn’t exist,” since there’s not an abundance of grass-finished meat. In fact, according to the FCRN report, meat from global grazing systems account for only about 1 gram of protein per person, per day—just a small fraction of what we eat. He believes it’s more important to try to understand how the various parts of the large, complex system of meat production work in conjunction with one another.

On the one hand, Coe agrees with arguments for decreasing meat consumption, “since it will decrease one of the biggest pressures for land use.” On the other, he adds, “I don’t think it will be a panacea.” The looming question is whether cutting livestock production would actually result in decreased demand for land use. “Land is a means of making money,” he said. “Won’t the market simply incentivize some other use, like growing biofuels?”

FCRS’s Garnett maintains that the aim of the report wasn’t to address these broader implications, but simply to provide an answer to one simple question that other researchers can “layer” their work on top of, to create a more complete picture. She and her team also hope to complete similarly in-depth studies of other meat production systems, as well as of land use.

With the grazing report, “we wanted to follow through on one issue from start to finish,” Garnett said. But ultimately, she says,“There are a whole range of concerns: How does the grass-fed issue slot into the diets issue, then into sustainable consumption patterns, then into climate change? How do we define progress? Where do we want to go?”

Her conclusion in the aftermath of the report is that consumers who’ve banked on the positive climate effects of eating 100-percent pasture-raised beef will still need to consider eating less meat after all.