The Food Industry Can Address Climate Change through Healthy Soil

We know that healthy soil can restore ecosystems and sequester carbon; now we need companies of all sizes to commit to supporting healthy soil. 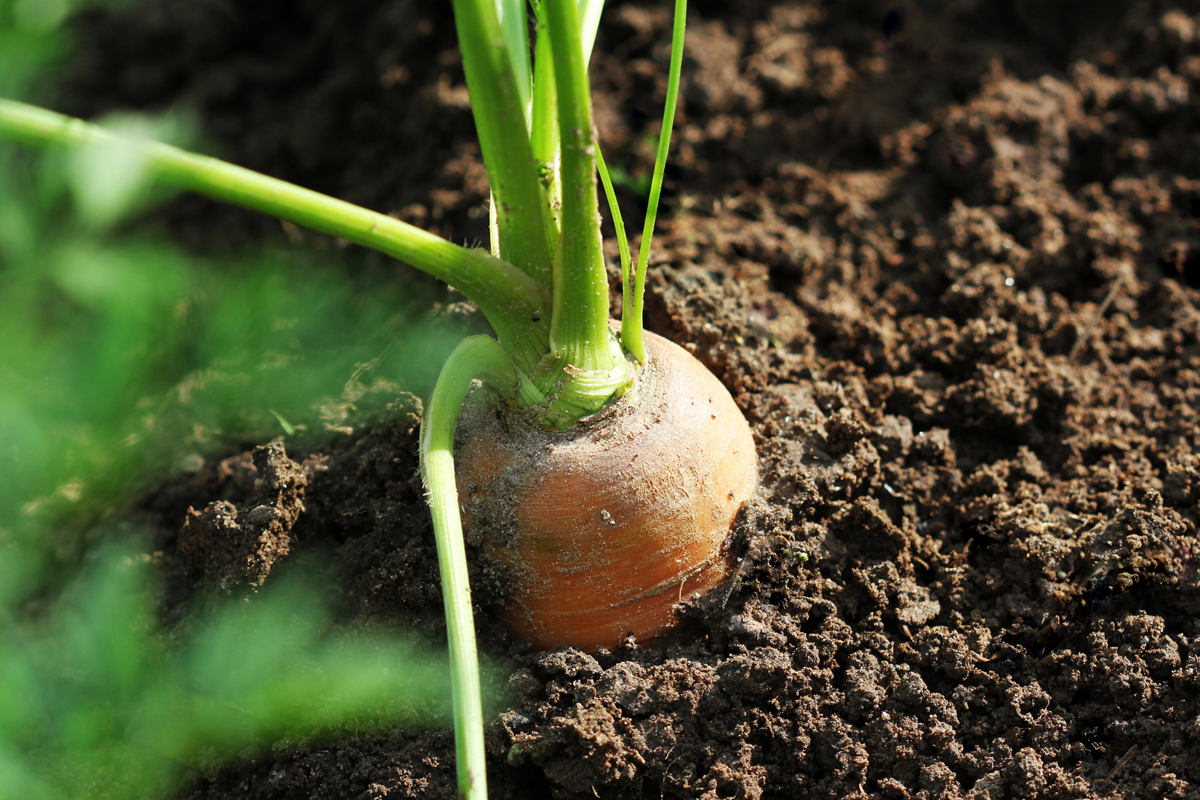 As I walked through the verdant fields filled with a dazzling array of sorghum, hairy vetch, daikon radish, collards, cowpeas, clover, millet, kale, and other crops, I was struck by how different this field looked relative to so many other farms I’ve walked over the years. When we conducted a spade test, digging out a section of the soil with a simple tool, it revealed heavily clumped, rich brown matter with visible earthworms: soil life.

The farmer showing me his soil was Gabe Brown, one of the most pioneering farmers in the world. His approach to farming leverages the power of diversity to feed the soil, which in turn feeds people and his pocketbook. Each crop planted in this field served a different purpose, be it nitrogen fixation, taproot penetration, nutrient scavenging capabilities or livestock feed.

My visit to his farm, in addition to other farmers’ and ranchers’ lands over the past several years, catalyzed a conversation on how companies can dig deeper on an issue that profoundly affects us all: the state of our soil, and our connection to soil through our food.

Disconnects from the Land

Across the globe, more people are moving into cities. More than half of the world’s population lives in urban areas, thus emptying our rural landscapes and creating a bigger disconnect between people and the land than ever before. I count myself among the many that have made the move from a farm to a city. Yet no matter where we live, our daily survival depends heavily on the land. In fact, more than 99 percent of our food comes from soil. As our connection to the land continues to fade, we risk losing appreciation for healthy ecosystems and the ways they support our daily lives.

As populations have moved from farms to cities, we have become increasingly reliant on others to feed us. In the United States, fewer people farm than before, with less than 1 percent of the population coming from farms and ranch families. To reduce labor needs and achieve this level of efficiency, our modern agricultural system has prioritized maximum productivity with an emphasis on specialization, mechanization and intensification. The system also relies heavily on inputs—such as fossil-fuels, synthetic nitrogen and pesticides—to provide energy, nutrients, and to combat pests. While this approach has succeeded thus far in increasing productivity and feeding more people, it often has come at the expense of nature and the environment.

Healthy Soil is Critical for a Thriving Society

Most of us give little consideration to the ground we walk upon, yet the soil beneath our feet plays a crucial role in our lives. Not only is soil the growth medium for nearly all of our calories, but it also can play a role in cleaning and storing water, supporting biodiversity and regulating our climate. Both human and environmental health hinges on the ability of healthy soil to carry out these functions.

Among other indicators, soil organic matter is a defining characteristic of healthy soil. It is composed of material from a rich web of living organisms that build beneficial carbon in the soil: decaying plants, manure, insects, earthworms, microbes, and other forms of life. In fact, a single teaspoon of healthy soil can support more microorganisms than there are people on the planet. These microorganisms play a role in unlocking the soil’s complex network of physical, biological and chemical functions, and scientists are just scratching the surface in understanding these interconnected relationships.

What we do know is that healthy soil has the potential to restore ecosystems, increase biodiversity and improve water quality, among other ecosystem services. It also can draw carbon out of the atmosphere and store it underground, helping to reduce greenhouse gases. With 70 percent of sequestered carbon stored in lands directly influenced by agriculture, grazing or forest management, the food industry has a unique opportunity to tackle climate change through better soil management.

At Annie’s, our focus on soil is a continuation of our efforts to advance organic. We have a long history of supporting organic agriculture, which builds healthy soil through farming practices that avoid most synthetic pesticides and fertilizers, while also using crop rotations and other innovative approaches. Now, we’re working to amplify our commitment to soil health by focusing on regenerative farming practices such as minimized tillage and cover cropping.

We’re not alone on this journey to bring soil back to life. We have an opportunity to use our platform to raise awareness around the importance of soil within our industry and with consumers.

This is why we chose to show up differently at a recent trade show. We decided to forego product samples to instead dedicate our space to education. Our experiential design included nutrient-depleted soil on the floor of the booth and—for contrast—a powerful 20-square foot backdrop image of thriving soil, replete with a robust cover crop sinking its roots deep underground. Walking through the exhibit, past a dramatically printed “SOIL MATTERS” message, visitors engaged in exciting conversations about the importance of soil. With overwhelmingly positive responses from attendees, we are encouraged that now is the right time to embark on this important conversation. 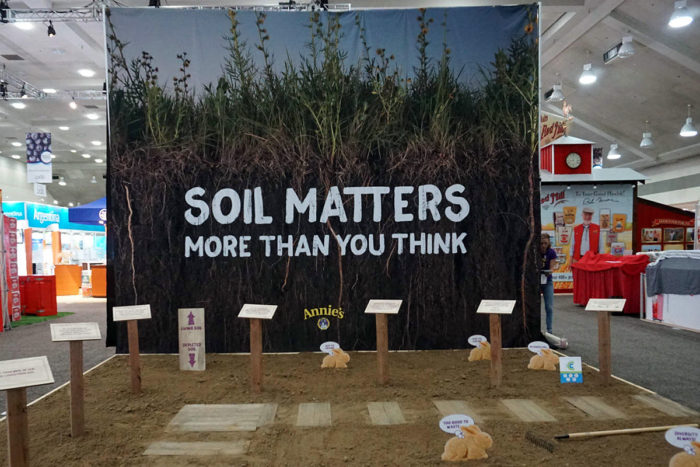 As we advance our work to elevate the importance of soil health, we invite everyone to join. Many of our industry partners and peers are already taking up the cause. Most important, we hope to build stronger connections between farmers building healthy soil, and the people who depend on this resource through the food they eat. Every day, we make dietary decisions that affect us and the planet on which we depend. Let’s turn our attention to the land that supports and feeds us.

This article originally appeared on GreenBiz, and is reprinted with permission. Annie’s is the presenting sponsor of the Civil Eats Celebration.

Shauna Sadowski is senior manager of sustainability at Annie’s, Inc. (a division of General Mills), an organic and natural foods company based in Berkeley, California. Read more >