In the second season of the Emmy-winning documentary series, executive producer Antonio Diaz seeks to expand the national dialogue about the immigrant experience. 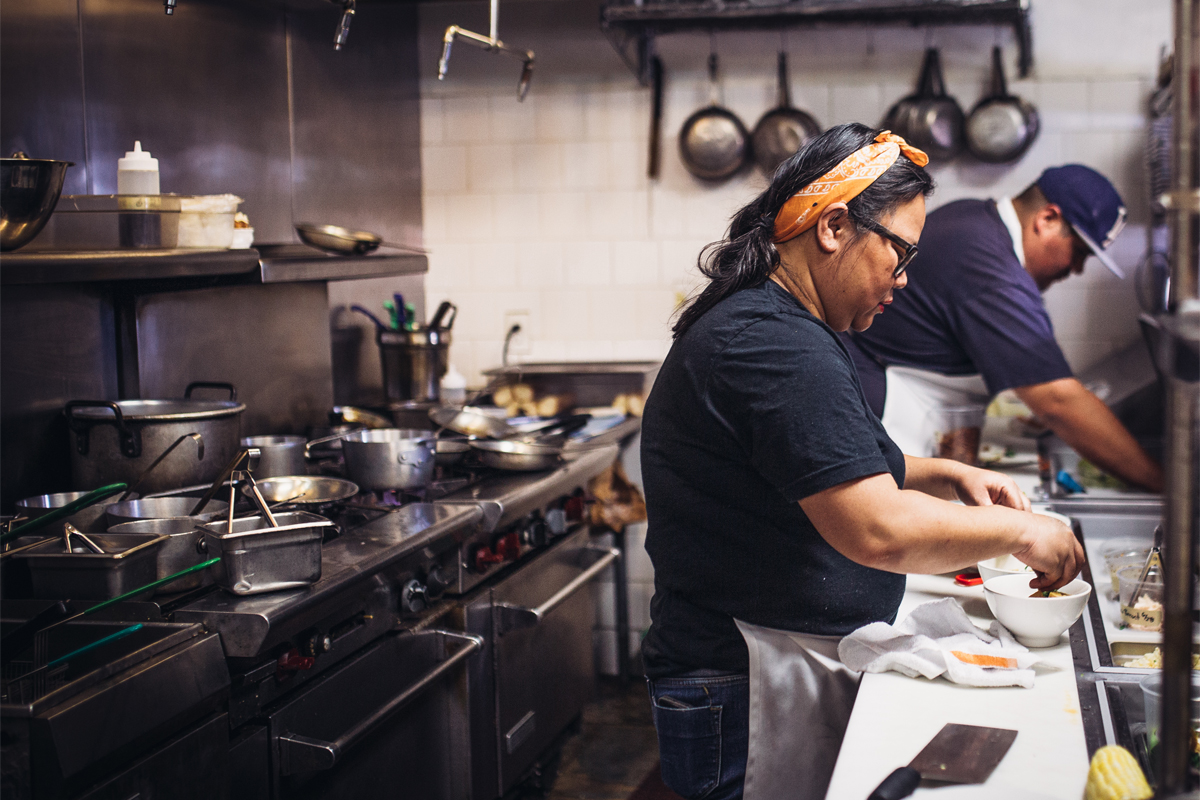 For all of its soft focus and harsh critique, most cuisine television is biased toward the diner’s endpoint, when a high-end plate of stunning food reaches the table and judgment begins. But that’s not the case for the second season of the moving documentary series, “The Migrant Kitchen,” which premieres tonight on KCET and LinkTV.

As cinematographically precise as the Emmy-winning series is, “The Migrant Kitchen” is also an intersectional exploration of biography, geography, anthropology, and more. It culminates in an accessible chronicle of immigrants from Mexico, Korea, Central America, Vietnam, and many other places, all making their way to America to change the face and space of Earth’s coolest cuisine. The show also focuses less on that plated-end result and more on process and progress—which need more exposure than ever.

“’The Migrant Kitchen’ is just one example of how we can live together and celebrate diversity, while providing context for the beauty of what it means to come from different backgrounds,” executive producer Antonio Diaz explains.

Diaz hopes to offer a persuasive counterpoint to current discourse, which is anchored in polarization and criminalization—and delusion, he notes. Because if immigrants were suddenly deported to their home countries, those cheering their removal would then see the agriculture and food industries also suddenly collapse. Starting a dialogue by telling a more nuanced story about the lives of immigrants and how they shape the nation is just one of Diaz’s goals with “The Migrant Kitchen.”

The show’s award-winning debut season told the stories of Filipino, Guatemalan, Korean, and Middle Eastern immigrants who galvanized Los Angeles’ powerful and influential culinary scene with iterations of food staples from their former nations. Its second season naturally proceeds to the stories of their second-generation descendants, who are reinventing those staples and redefining what it means to be an Angeleno, a Californian, an American, and a citizen of the planet.

Civil Eats spoke with Diaz in advance of the second season’s premiere to learn more about how the show has evolved to reflect the nation’s current state of affairs, the power of diversity, and how food reaches our tables.

Why do you feel these stories are important to tell and, as importantly, to see?

Perhaps more than any other time, we’re getting to a very interesting point in history, politically and socially. We need to look to cities like Los Angeles that understand and celebrate diversity and individualism in culture and art. Los Angeles is a shining example of how we can get along, which is not to say that “The Migrant Kitchen” is political. The show is really about the personal stories of these immigrants and chefs, and the food they bring to the table. But at the end of the day, it is also providing context and perspective on immigrants, and how Los Angeles celebrates them, and it’s up to viewers to form their opinions on that. 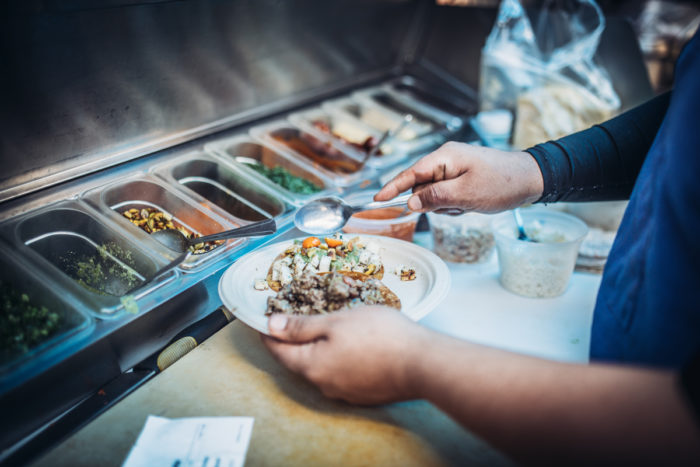 Each “Migrant Kitchen” episode focuses on a very specific ethnic group in Los Angeles. We have one episode dedicated to Mexican food and chefs, another on Vietnamese, one on Japanese and another on Indian, because in Los Angeles, we are seeing a new generation of chefs who aren’t necessarily immigrants coming to America to survive. Most of the chefs in season two have immigrant backgrounds but grew up in Los Angeles, so we’re highlighting what they see as their heritage and cuisine through the lens of Los Angeles.

The first season focused on the immigrant experience of getting to America and starting a business, while the second builds upon that to create a new way of looking at not just these cuisines, but also where they came from.

These chefs aren’t necessarily cooking food from their homeland; they’re cooking food using inspiration from their heritage as well as how they grew up here, as a mixture of their culinary training. These are people who trained under some of the best chefs around the world. Carlos Salgado worked under Daniel Patterson and he’s applying what he learned to Mexican food.

I think this second season highlights a new version of ethnic cuisine that’s trying to break stereotypes. It’s a natural progression: Season one focused on first-generation immigrants, so now we want to see the perspective of their sons and daughters. That’s a big theme we’re trying to highlight: How are the descendants of first-generation immigrants honoring their cuisines? And that’s a completely different perspective. There is a lot of respect for it, but a lot of what these chefs are doing isn’t traditional—though it is still authentic to who they are.

I like the way that Wes Avila from Guerrilla Tacos put it: “F- it! It’s authentic to me!” I’m from Los Angeles, so whenever I hear Wes curse, it sounds like home.

The way he acts, speaks and moves is so L.A.—and so is his get-it-done entrepreneurship. His personality comes from street-food culture; he just has the city oozing out of him, which is a joy to see. Of the three chefs in the first episode, “Alta California,” Ray Garcia of Broken Spanish is very composed; Taco Maria’s Carlos Salgado is very intellectual and philosophical; and then you have Wes, who is the wild card, which is what I love about that episode. Every other word Wes speaks is a F-bomb. 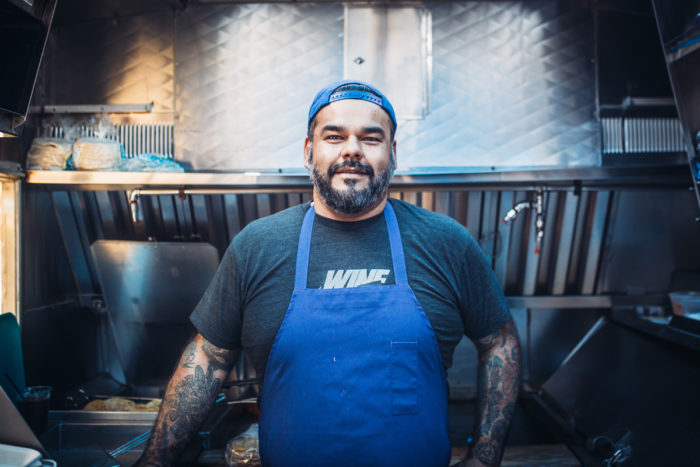 That’s something I’ve been thinking about a lot lately. With the first season, we just wanted to focus on immigrants; it’s always been an important social issue for me, as my parents are immigrants from Mexico. And then the chaos started.

Now going into this second season, I feel more than ever like telling these stories, although I don’t necessarily want to be on-the-nose with politics in the show. I think we already have enough of that. I think that when it comes to immigration and immigrants, we have too many talking heads telling us what we have to do about this problem, because it’s always presented as a problem. And we don’t really hear or learn about the actual stories of immigrants. By providing context, we can also provide empathy.

Our stories highlight the experience of kids who have grown up with immigrant parents, so you can see the importance of immigration, specifically in Los Angeles, where children of immigrants own some of the most important restaurants in one of the important cities in America.

At the end of the day, man, the food industry is about immigrants, no matter how you cut it up. And anyone who tells you they just want to enjoy their food without having to deal with political or social issues isn’t clear that anything and everything they buy involves a political act. Every restaurant they eat at, every cup of coffee they buy, means they are already dealing with politics. They are involved in a long history of social issues extending back to the countries that immigrants originated from. We cannot separate food from politics.

That’s what I found most moving about your show, in addition to the technical excellence of its cinematography. Watching the stories of these people reveals how laughable it is to say America would be better off without the productivity and diversity that immigrants bring to our nation.

Traveling has opened up my eyes and mind, and created more empathy and understanding for how people work and live—and you can kind of travel the world in a city like Los Angeles. There is something natural about people who live in L.A., because it’s natural to live with so many shades of color. Sometimes I feel privileged to live in such diversity, because so much of this country doesn’t get to live that way. They’re not exposed to people from diverse backgrounds, which creates fear. They’re not necessarily racists or bad people; they just didn’t live with that context, and hopefully our show can provide that. 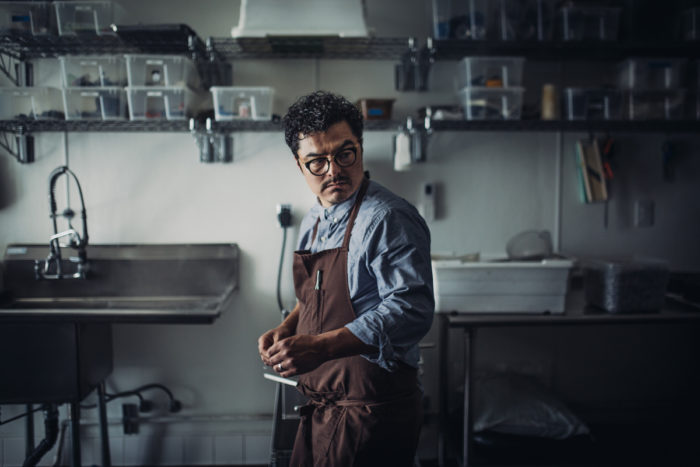 What do you think Americans should learn about the immigrant experience as it pertains to growing and distributing our food, before it even reaches stores and restaurants?

That’s another story that gets lost once you get your plate of food. Diners only get to experience that plate; there is no story attached to it. But there is this dark side to agriculture; people are unaware of what goes on, and how immigrants support that system. There are many cases where they are working under terrible conditions, being exploited and mistreated because they don’t really have a voice.

That’s why our food system, as far its financials, is chaotic. It pays very low wages to immigrants, which drives down the cost of agriculture, and then when we do have chefs like Carlos and Ray paying fair-trade wages, not just in America but also in Mexico, they find costs going through the roof. A taco that costs nine bucks may freak some people out, but these chefs actually charging what is needed to support the system. And that also translates into the kitchens, where immigrants are earning unlivable wages, because that’s how the system has been run for so long. Diners get down when they see the price for anything go up, but you have to pay quality prices for quality support.

When it comes to immigrants working the fields in agriculture, that is a larger and more complex story. We still haven’t had the pleasure and opportunity to actually tell the immigrant story from the farms and the fields, because then we get into a darker world—but it is still a story that has to be told, and I want to tackle it at some point. We all hear about deporting these immigrants, but if we did that the food system would simply collapse. And until there is a better system, this is what we need to deal with.

We need to have a better conversation, and hopefully by watching the stories of these immigrants, we will better understand them. These are real people, and they are supporting our livelihoods. They are supporting how this country is run. And I don’t know when this will ever get solved, but hopefully, at some point, we can have a smarter, more honest conversation than we are having now.

“The Migrant Kitchen” premieres its second season tonight on KCET and LinkTV. Watch an excerpt from the show below.