Race and Food are Intertwined. Here’s How We Can Do Better. | Civil Eats

Race and Food are Intertwined. Here’s How We Can Do Better.

Our food system is based on a history of inequity. UCS’s Ricardo Salvador offers action steps to fix that. 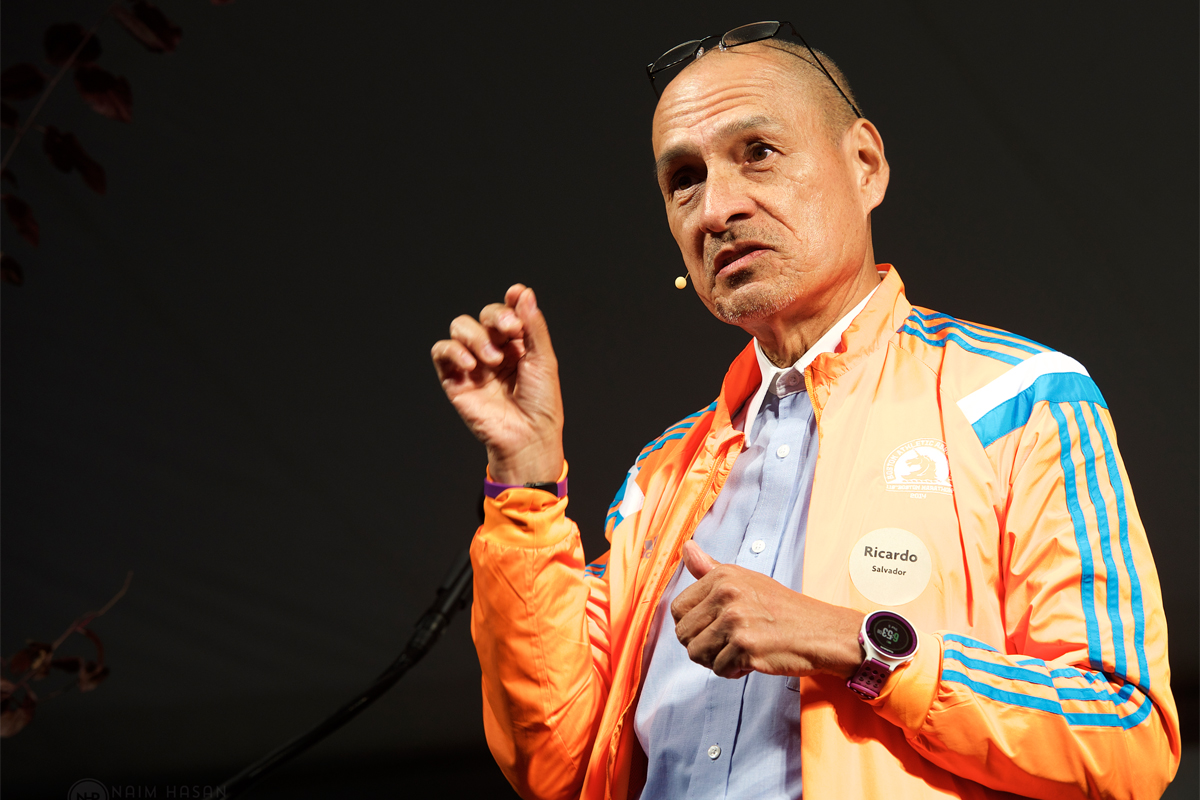 The food system, like every other sphere of life in America, has been shaped by structural racism and racial injustice. Civil Eats has chronicled some of the many efforts to expose and address the ways that structures in the food system actively work to silence, marginalize and take advantage of people of color.

Ricardo Salvador, senior scientist at the Union of Concerned Scientists and director of its Food and Environment Program, has spent a lifetime writing and talking about what an equitable food system might look like. On a recent, unseasonably sunny October evening at The Redd on Salmon in Portland, Oregon, he offered 800 food system innovators a reminder about the size and scope of institutional racism in our current food system, underlined the urgency of food justice work, and offered concrete actions we can all take to create positive change.

“We live in a very unjust, inequitable society,” began Salvador. “And the brunt of the inequity is felt through the food system.” Salvador detailed how we got here through the dark history of colonization—from the genocide of the myriad Native American tribes, whose land we stole, to the African citizens who were abducted and enslaved by the English and then the Americans.

“From the standpoint of an economist, the way you generate wealth is that you have access to at least one of the factors of production: land, labor, rent,” Salvador said. From the 1830s until the 1880s, he noted, we drove the original inhabitants of this continent off their land, quite literally depriving them of their food as well as their food culture.

“If you want to find some of the most immiserated human beings on the planet—not just in the United States—you would go to the concentration camps that we call the reservations,” Salvador said. “Here is where you will find people whose land was taken from them, and therefore their foodways, their ways of accessing the natural resources upon which they based their entire cultures and they way that they nourished themselves.”

Similarly, the Africans who were taken from their homeland and brought to the U.S. by the slave trade were driven against their will from their land and were forced to be the unpaid labor to allow white Americans to profit. “What those people were enslaved to do was actually to drive the beginning of what today we call Big Ag,” Salvador said.

Tragically, slavery has not disappeared. To this day, exploited farm labor is what keeps the cost of food so cheap in this country. “Farm labor is the most essential, the most important part of our food system, and the most undervalued,” Salvador said.

“We spend as little as 6 to 12 percent of our disposable income on food. That is usually quoted as something that we should be very proud of. But it should be a national shame,” he said. “It’s as if the workers involved in the food industry and nature that is required to produce the food were costs to be minimized…We need to find a way in which we actually value all of those resources—the land and the people that are involved.”

One of the long-simmering questions facing those striving for better food for all is how to go beyond voting with your fork? Is it possible to create a new food system that does not rely on exploitation?

Salvador made a case for profound system shifts like reparations, loan forgiveness programs, and immigration reform. He urged people to work independently and collectively to support these goals and the great food-system reform work that’s already afoot in our communities around this country. Among his suggestions:

• Support immigration and labor reforms that value labor and provide for dignified livelihood. For example, the Coalition of Immokalee Workers’ Fair Food Program, and realistic transition initiatives such as the proposed “Blue Card” program.

• Get your elected officials to read and support Oregon senator Earl Blumenauer’s roadmap for an alternative Farm Bill “Growing Opportunities.”

• Join the Health, Environment, Agriculture, and Labor (HEAL) Alliance, a coalition of organizations that are working on food justice, health, and sustainability in our food system.

In closing his presentation at the Redd, Salvador came back to his original question.