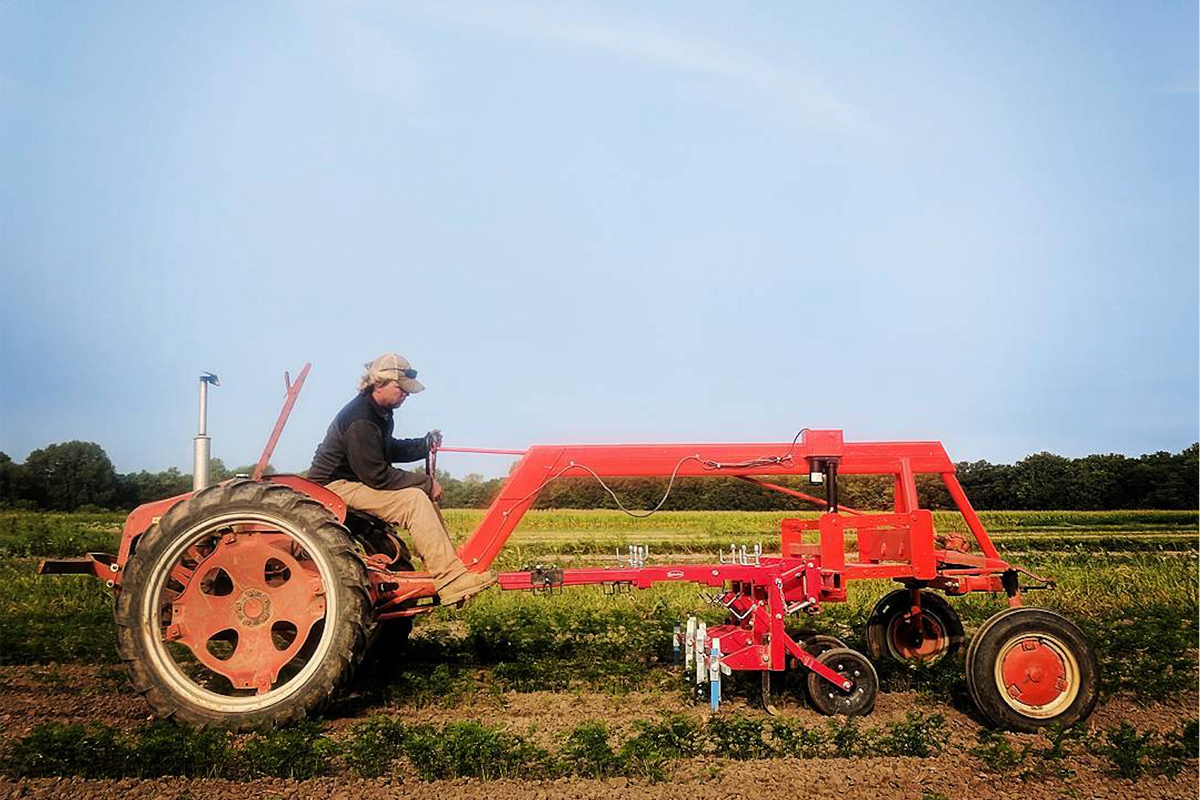 When Wes Jarrell and Leslie Cooperband took jobs as soil scientists at the University of Illinois 13 years ago, they bought a farmhouse outside Champaign-Urbana, and set off on a bike ride. The glacier-smoothed land was flat as paper, so pedaling was a breeze. The corn and soybean fields seemed to stretch into eternity. But something felt off: in a 10-mile ride past dozens of farms, they spotted just one vegetable garden.

“It was kind of shocking, “Jarrell remembered. “All these farms with the best soils in the world and a great climate—and one garden.”

Jarrell and Cooperband are among the more than 200 new, sustainable farmers who have recently established operations on the fertile farmland of Central Illinois, 100 miles and more south of Chicago. 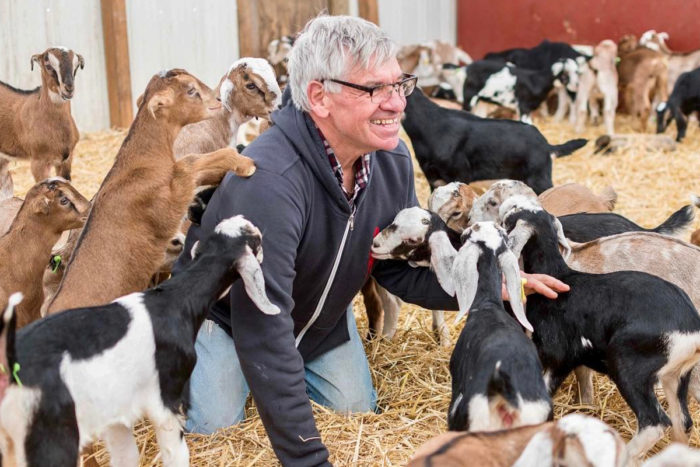 In the Corn Belt region—otherwise dominated by expansive industrial corn and soy operations—these small farms represent anomalies, producing everything from peppers to chicken using sustainable methods like integrating livestock and crops. Yet despite their commitment to growing food sustainably for their communities, many of these small enterprises find themselves facing a significant challenge: the local community does not embrace their product fully enough to keep them in business, forcing them to make faraway sales in Chicago.

It’s a problem faced by food producers targeting their local markets around the country; at the same time, a number of organizations and strategies are cropping up to build local support for local food.

The Land Connection, a Champaign-based nonprofit that advocates for sustainable farming in Central Illinois, continually struggles to drum up more residents’ interest in homegrown food, according to Birgit McCall, the organization’s interim executive director. When McCall, a Michigan native, came to the area 13 years ago, she was startled by the limited demand she saw for local meat, dairy, and produce.

“Nationwide, people are starting to realize that fresh, local food is important and good for you,” she says. “Here, I drive home through the cornfields and there’s thousands of acres of food that’s primarily fed to livestock. The vast majority of farm ground here is not feeding local people, and we would like to increase the percentage of farm ground that’s used to feed local people.”

While Prairie Fruits farm has since supported Jarrell and Cooperband they too encountered a limited appetite for local food. Their first year, they had success selling at the Urbana farmers’ market, said Cooperband, but by the second year, they realized they needed to expand their customer base.

“Once you saturate the tiny portion of the population that cares [about local sourcing], you’re sunk,” Jarrell said last March, while taking a break from birthing kids. “We realized if we were going to be profitable, Chicago had to be part of the equation.”

And so the couple headed north to the Green City Market, the largest and first year-round sustainable farmers’ market in Chicago. A weekly routine began: a 280-mile roundtrip journey, made in a 14-hour day that started at 3:30 a.m. and cost $300 for gas and expenses. They quickly found the trek worthwhile—star Chef Rick Bayless became a customer, and they could gross $1,500 per trip. But the journey was exhausting.

Some small, sustainable farmers in Central Illinois have encountered downright hostility toward the work they’re doing. Cara Cummings, the former executive director at the Land Connection, explained how one resident got in her face to argue that the land is meant to grow corn for ethanol, animal feed, or corn syrup. She took it to mean the that flatness of Midwestern farmland allowed hundreds of acres can support the same crop—unlike in hillier places like Vermont or Wisconsin—and the land should be used accordingly. 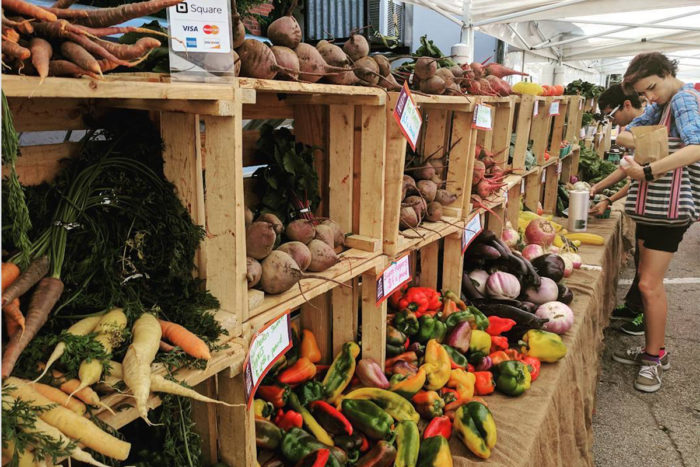 Still, the Land Connection has continued to promote community-based food systems by offering education for beginning farmers and finding ways to build the market.

Two hundred people have gone through Land Connection training in the past 12 years, and the organization launched a new farmers’ market in downtown Champaign two years ago. Because neighboring Urbana has a more established weekend market, the Tuesday-evening event aims to give beginning farmers a start.

There is an ongoing discussion about why more customers haven’t turned out at the market and beyond hasn’t been stronger. Is it because of meal-delivery services like Blue Apron? The new “vegetable butchers” at Whole Foods? Supermarket greenwashing?

Based on the idea that people will buy more local food if it’s convenient, the Land Connection has encouraged farmers to consider things like greater social-media presence, delivery services, online ordering, and community-supported agriculture (CSA) shares that include multiple farms.

For many of the next-generation farmers, selling to the people of Chicago feels compulsory. That usually means going it alone, since farmers’ market rules often prohibit working together—individual producers can sell only what they’ve grown.

Farmers in the area take a number of different approaches to make the trek less demanding. On PrairiErth Farm, a 350-acre spread near Lincoln, Katie and Hans Bishop raise a diverse array of food and animals. Bright-faced thirty-somethings, the Bishops do everything the Land Connection recommends. They’re social-media leaders, maintain an in-demand CSA program, and are experimenting with delivery service and cooking classes. They make about one-eighth of their income by selling to Chicago, Katie estimates. 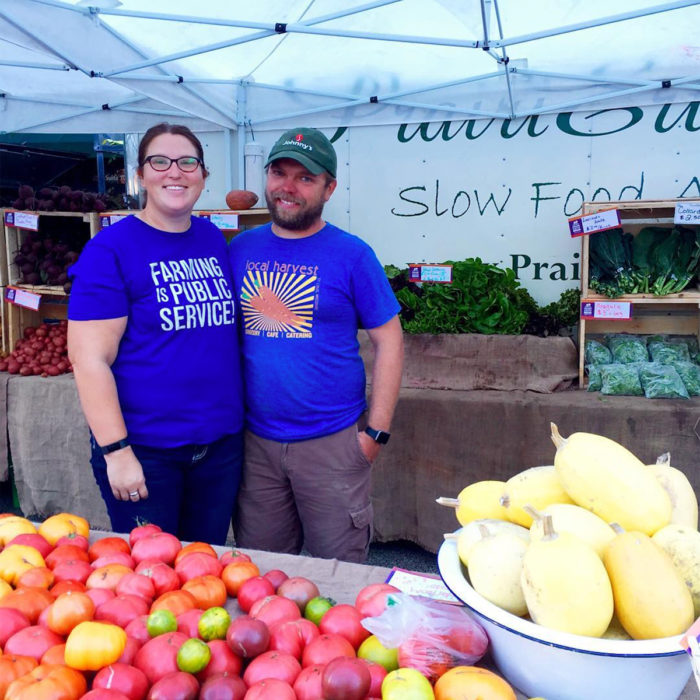 Because of the farm’s size, PrairiErth can work with a wholesaler to avoid the long haul. “I’ll take a little less money for not having to go up there myself,” Katie says.

Slagel Family Farm, an 800-acre farm outside Fairbury, takes a different approach. Realizing in his early 20s that a market existed for pastured, more naturally raised meat like theirs, LouisJohn Slagel began connecting with city chefs in 2007. He now sends four trucks north each week, making deliveries to between 120 and 150 well-known restaurants, like The Publican and Girl & the Goat.

Delivery days are grueling, requiring a 5 a.m. wakeup to start loading trucks and an 11 p.m. return back home. But the siblings, and occasionally employees, rotate in and out to spread the burden. “It’d be a lot harder to do what we do without a lot of family help,” Slagel said.

While the Slagels sell some locally, they make more on drives to Chicago due to the price-consciousness they encounter downstate. “We’re raising it differently, and we’re going to charge a premium,” he said. “If we weren’t charging a premium, we wouldn’t be able to do it the way we are.” 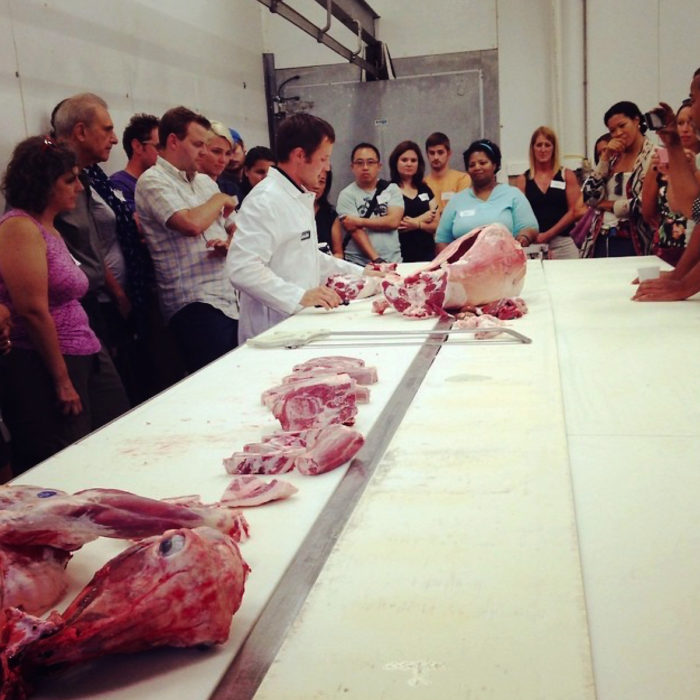 At the Land Connection, McCall—who took over from Cummings this summer—hopes she can figure out the keys to expanding local demand. The organization will keep pushing sustainable farmers to sell at their downstate Tuesday farmers’ market, offering farmers trainings in marketing and outreach, and many other efforts.

“I’m cautiously optimistic,” McCall says. “This is the fourth year of our market, and the numbers are way up over last year. We’re helping to build awareness that, hey, this is grown locally, this is good for you.”

Whatever might limit or expand Central Illinoisans’ appetites for the homegrown, for now the massive market of Chicago—through its farmers’ markets, wholesaling, or restaurants—figures heavily into sales calculations for many Central Illinois sustainable farmers.

“Building a local market is a great thing, and if the Land Connection can figure out how to do that, wonderful,” said Jarrell of Prairie Fruits Farm & Creamery. “But until that happens, we either go out of business or we go to Chicago.”

Lynn Freehill-Maye is a freelance writer based in upstate New York. Her work often touches on travel and sustainability. It has been published, in print or online, by The New Yorker, The New York Times, The Atlantic’s CityLab, Travel + Leisure, Afar, Texas Monthly, Modern Farmer, and beyond. Read more >