Even in Farm Country, Farm-to-Table Restaurants are Hard Work

A chef explains how buying and selling local is no easy task, even if you have diners willing to pay the premium. 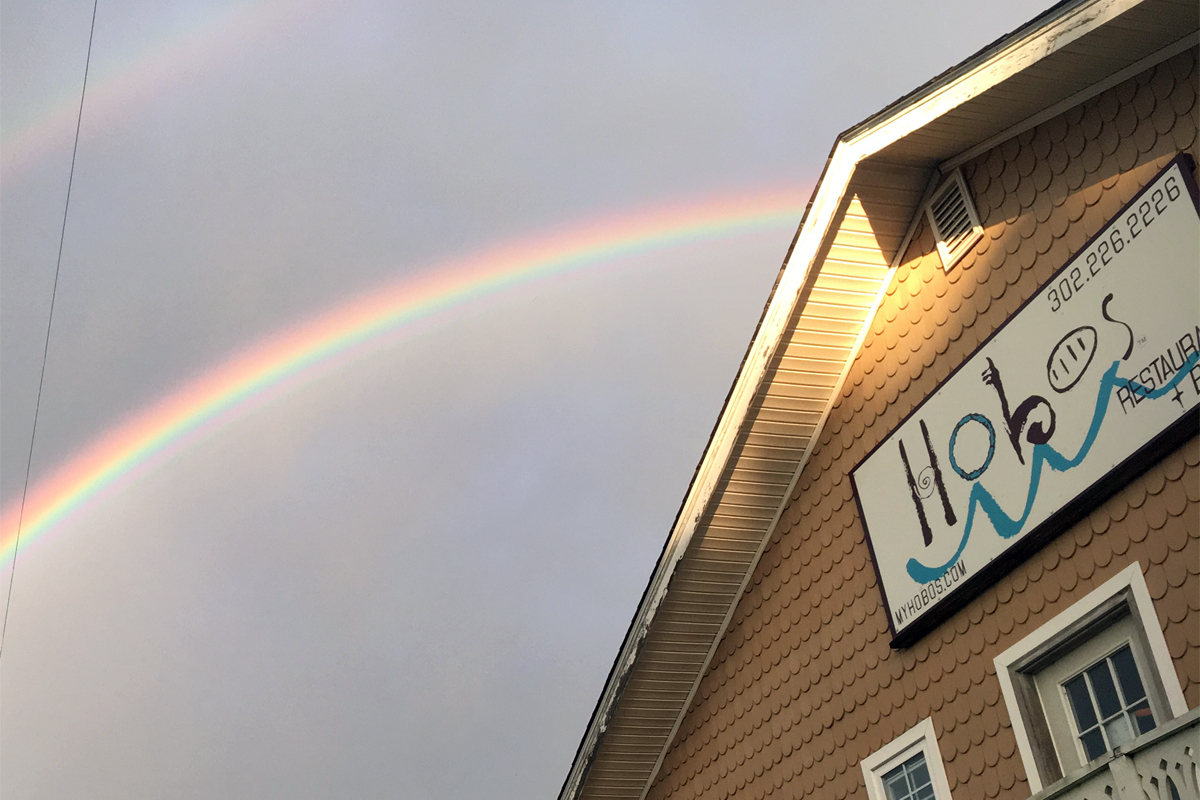 When I first opened Hobos, a farm-to-table restaurant in Rehoboth Beach, Delaware, I embraced the grand vision of sourcing everything from within 40 miles of the restaurant. I had worked in farm-to-table spots across the country and trained in Europe and Mexico at restaurants as far from commercial food suppliers as you could possibly get. I assumed that sourcing entirely from sustainable, local farm and seafood purveyors would be easy here; after all, Delaware is a state fewer than 100 miles in length, and claims 40 percent of its land in use for agriculture.

It should have been a metaphorical piece of corn cake. In truth, I couldn’t even consider a 40-mile menu, given the lack of produce diversity when I opened in 2009. Having even a 100-mile menu would be nearly impossible, and having a restaurant that participated in recycling, composting, and the Slow Food movement would prove to be a Herculean challenge. 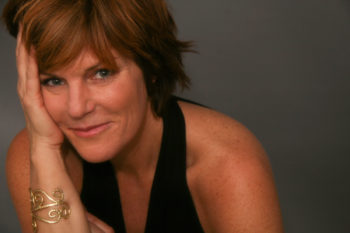 I’ll say up front that I was very fortunate with Hobos. Like everyone in the restaurant world, I worked tirelessly, but my shop thrived for seven years, which is more than most restaurateurs can say. Given the recent wave of news about misleading “farm to fable” restaurant claims, I think it’s worth exploring what goes into making farm-to-table dining possible.

Let’s start with what’s grown on those local Delmarva Peninsula farms I was counting on to fill my kitchen. In Delaware, “the family farm continues on, ever changing and ever evolving in a world where the demands on food grow stronger by the day,” said state Senator Ernesto Lopez. Yet, 88 percent of the crops now produced in Delaware are corn, soy, and chicken. Sussex County is the nation’s largest producer of broiler chickens, yet all agriculture makes up less than 1 percent of the state GDP. Additionally, the numbers of watermen on the Chesapeake had declined drastically since the 1990s.

That said, there is a local farm community that helped Hobos thrive. The best part of my location in Rehoboth Beach was the proximity to the Tuesday farmers’ market. Market Master Pat Coluzzi began the market in 2006, and by 2009, she had more local farmers than she could provide space for. A critical first step for Hobos involved meeting with local farmers the year before I opened and giving them wish lists of the produce my little bistro would need.

“For this to work, [chefs] have to be willing to work with the whims of nature and the field as much I do,” said Kathleen Moss of Fox Briar Farms in nearby Salisbury, Maryland, and one of my first farmer suppliers. “That can be difficult, given the demands and margins of the restaurant business. At the same time, I sometimes sacrifice things for my retail customers if I need to. It’s all about the long-term partnership.” 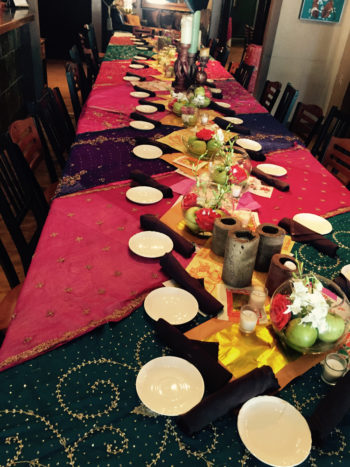 A table at Hobos.

The more successful my restaurant became, the less my farmers could keep up with my demand. Organic livestock became nearly impossible to source without a broker. A side of hog would last about three days—not until the next season’s slaughter. I had to rely on a gifted meat broker who sourced organic beef, chicken, and pork from as far away as Pennsylvania. It was a compromise, but nowhere near the only one I would end up making.

All told, my first summer season was an epic disaster of unforeseen supplier problems. The vagaries of weather and the volume of clientele meant I simply could not guarantee that I would have enough baby spinach or arugula to get through even one night in my busy resort town. I had to shut down on my first Memorial Day because I had totally run out of farm-supplied food and hadn’t known I would need back up from standard suppliers. I found myself constantly faced with the choice between compromising my standard for even a 100-mile menu or not being able to make it through dinner service.

Local sourcing was a challenge that never went away. I’ll never forget my first year serving squash-blossom quesadillas, which I sourced from several local farmers and announced with great fanfare on social media. Thirty minutes after the doors opened, a whole season’s worth of squash blossoms were out the kitchen door in a poof. The whole rest of the night was spent answering the question, “why don’t you have them?”

More than once, I found myself correcting servers who would tell patrons we were serving a 90 percent local menu (in my dreams!) or 100 percent organic (not even remotely likely) on a given evening. Sure, their tips increase substantially the more local the meal, but also our wildly varying nightly traffic meant that what was actually behind the menu was unpredictable.

My restaurant was located in a tourist area where nightly dinner cover totals could swing as much as 100 percent on a weeknight and over 150 percent on a weekend. Sure, the heirloom tomatoes were maybe from a local farm for the first 20 dishes, but the next 20 may have been from our more reliable produce supply company.

In my second year, when I served on the board of Local on the Menu—a project of the Southern Delaware Tourism board to promote the area as a culinary destination—I found I was not alone with these problems. I discovered that simply having three local items on your menu got you a plaque for your door—certainly nowhere close to my goal of 80 percent local perishables. 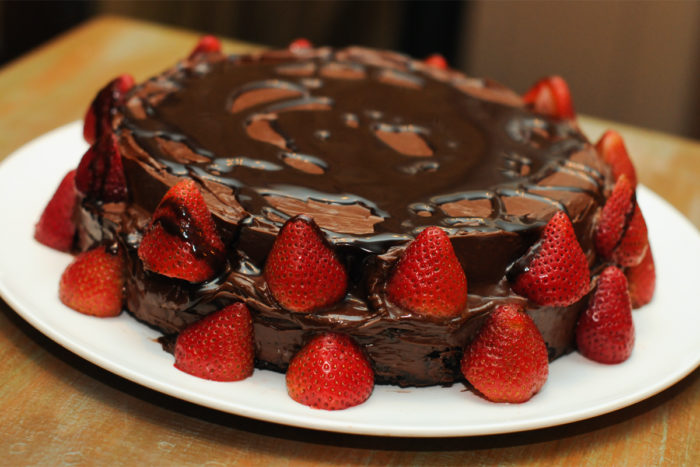 We eventually learned that the unsteady supply and demand of local farmer suppliers made even this low bar impractical to meet. Most restaurants have fixed menus day in and day out—only a culinary zealot insists on changing a menu constantly to reflect availability, since it dramatically increases the daily workload for the executive chef and kitchen staff, not to mention adding server education into the mix. Most chefs and restaurants give up within the first year or two of attempting a seasonal menu.

When Chef Hari Cameron opened a(MUSE) down the street in 2009—a profoundly different restaurant with the same hundred-mile-menu mission—we became known as the street for farm-to-table restaurants. He was a local boy, and used his generations-deep bonds with the fishing families of the Chesapeake Bay to create his menu.

Cameron used “bycatch”—the incidentals that end up in fishermen’s nets—to provide an Atlantic watershed seafood menu that changed three to four times a week while keeping with sustainable fishing guidelines.

Cameron’s approach to the seafood he served changed dramatically over the first year as he began to explore more-sustainable, local fish. “Products like local tautog and octopus began to appear on my tasting menu as part of the bycatch rather than the intended catch,” Cameron said. “It allows me a much more dynamic plate and product as well as the opportunity to enhance my culinary creativity. I have to work with what actually shows up.”

Many of the chefs from our board used multiple farmers to grow crop in a rotation, providing a consistent produce supply from three and even four farmers when we needed it. Even so, there were no guarantees, so we also instituted “chef sharing” in our little community, which involved barter and trade between different restaurants.

The vagaries of weather, planting times, and crop biomes affected us all, so when I had 60 pounds of quince or acorn squash dropped at my doorstep, I would check in with other chefs up and down the street to see if they could use a local supply of that week’s bumper crop. 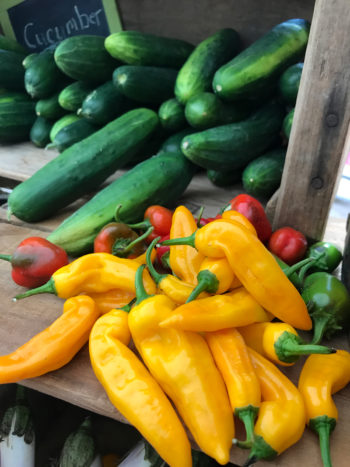 Our chef-sharing made a difficult situation more workable. Still, it was a constant system of adjust-and-compromise during the summer months, when serving 200-plus meals out of a tiny kitchen was a standard evening.

Over time, Local on the Menu got bogged down by its emphasis on connecting only Sussex County producers and consumers; there was simply not enough supply diversity for restaurants to find available suppliers who would deliver. Others stepped in to meet the demand: Local produce companies and even Sysco started buying local produce and keeping the delivery area within a 200-mile radius—not my 100-mile ideal, and not my preferred farmer-to-chef relationship, but it was still a compromise I could live with.

The March of Progress

After seven years of Hobos, in 2016, I made the decision to close my restaurant and focus on writing and teaching about food instead of cooking full time. Meanwhile, Hari Cameron and other chefs have rapidly expanded their mark on farm-to-table in Delaware, and new farm-to-table restaurants open each season with varying degrees of success. None other than a(MUSE) have yet lasted longer than the three-season mark, but our area is fickle and I have hope that a few of this year’s startups will thrive and succeed.

It is still more difficult to embrace a dynamic menu, but the extra work serves a purpose. “Continued support of the farmers and fishermen is paramount for us to continue to have watermen and farmers in our future,” Cameron said.

And farm-to-table has become mainstream in Rehoboth. “It’s no longer just the high-end, fine-dining restaurants that shop the markets, it’s now all of the good chefs in town,” said Market Master Pat Coluzzi.

A farmers’ market survey of restaurants in downtown Rehoboth showed that at least half the chefs and restaurateurs now source at least some of their food locally. As a result, the market’s profits have reached an all-time high. Local on the Menu may not have changed its requirements, but the savvy and knowledgeable clientele that populate the Eastern Shore know a lot more today than they did 10 years ago.

While I was working in restaurants, my favorite day of the week was always the farmers’ market days. I would wait with excitement as the trucks pulled up with their offerings. Sometimes it was a folded handkerchief filled with fiddleheads, sometimes 100 pounds of spaghetti squash, but it always brought the thrill of surprise and feelings of awe for the men and women who grew it.

While farm-to-table restaurant work is an even more challenging part of an already difficult profession, I’ve found it to be the most rewarding. In a state that has only two or three degrees of separation between families, restaurants that make the commitment to local produce and farms are what keep our community thriving.

Executive Chef Gretchen Hanson is an award-winning chef who coincidentally happens to be vegan. She is currently taking a gap year to travel and spend time tormenting her daughters. Follow her culinary adventures at www.chefgretchenhanson.com, where she writes recipes about a life well lived or on Facebook. Her cookbook, When it's Done: The Making of a Chef, will be released soon. Read more >