How Organic Farmers are ‘Gaining Ground’

A new documentary chronicles the efforts of wheat farmers and urban gardeners as they shift to sustainable farming. 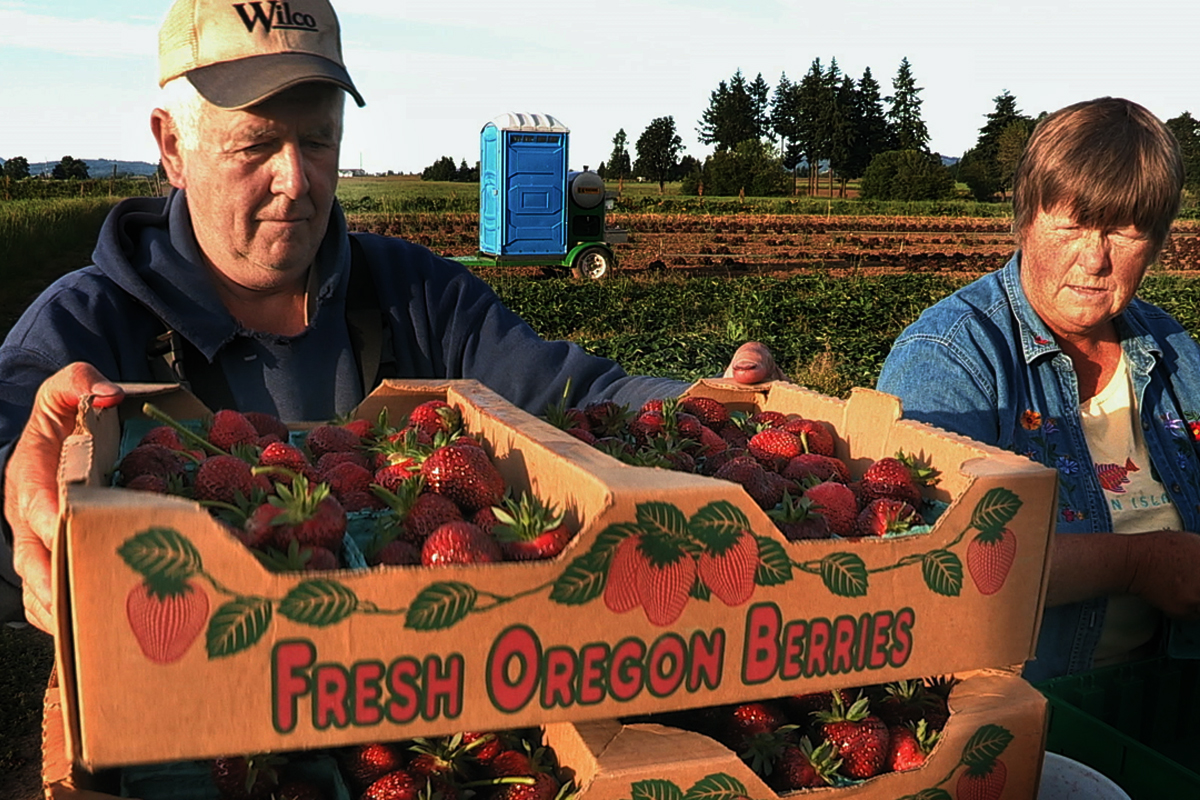 “I’ve never been comfortable growing lawns and golf courses when there’s a worldwide food shortage,” says Willow Coberly at the beginning of the new documentary “Gaining Ground.” Willow is married to Harry Stalford, a grass-seed farmer from Oregon’s Willamette Valley who, at the start of the film, is as conventional as they come. His transformation into a champion of organic wheat, thanks to his wife’s prodding and persistence, is the moral heart of this stirring film.

Farming in and of itself is a risky profession. “Gaining Ground” tells the stories of three farmers—two from rural Oregon and one from Richmond, California—who take additional risks to transition away from conventional, commodity farming to grow organic food. In the case of Doria Robinson, who returned to her hometown of Richmond to work at Urban Tilth, the mere act of growing sustainably farmed food in a food desert is a deeply courageous act. As she says in the film, “This is the front line, and somebody has to hold it.”

Filmmaker Elaine Velazquez and her wife, the producer and radio documentarian Barbara Bernstein, took five years to shoot and edit the film, which turned out to be a good thing. Just as they were about to wrap the shoot, two issues that had been looming in the background of their farmers’ lives—and their documentary—came front and center: The Chevron refinery in Richmond exploded and genetically modified wheat was found in an Oregon field.

The couple has been showing the film at events around Oregon and at film festivals across the country; it will have its Bay Area theatrical debut this weekend at the Food & Farm Film Festival in San Francisco. (The film will be shown on October 1 at 4 p.m.) Civil Eats spoke to Velazquez and Bernstein about the importance of forging rural-urban connections in the age of Trump, Richmond’s long tradition of farming, and why the next generation sees a future in organic farming.

What was the inspiration for making this film?

Elaine Velazquez: We wanted to do a project together. Barbara, who has done a lot of audio documentaries on the environment, came up with this thing about food and farmers. I’m from New York City, and I was like, “Who would want to be a farmer?”

Barbara Bernstein: And I persisted.

EV: Barbara, as producer, started finding people for me. We went to a couple events, including a food justice conference at the University of Oregon, which gave us some context. That’s where we met Harry MacCormack [the founder of Oregon Tilth, who plays a pivotal role in this film].

BB: Then we connected with farmer Vicki Hertel at Friends of Family Farmers’ annual lobby day in the state capitol. Vicki is so incredible.

EV: Vicki is just like she seems in the film: a plain talker. 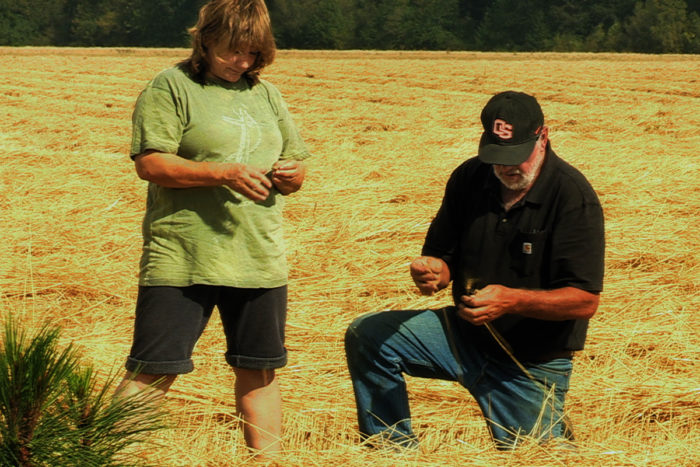 You tell the story of these two rural Oregon farmers—the Hertels of Sun Gold Farm and the Coberly/Stalford family, who run Greenwillow Grains. But you also deftly interweave the story of Doria Robinson and her work at Urban Tilth in Richmond, California. How did you find Doria?

BB: We met her indirectly courtesy of our friend Steve Cohen, who I call the “food czar of Portland.” He had sent me a bunch of links to stories about urban agriculture. I was reading these articles and I got to this incredible quote by Doria Robinson. She was talking about food justice and the importance of teaching young people to grow food. So I tracked her down and we had an amazing conversation. It was so clear she was the person we were looking for. 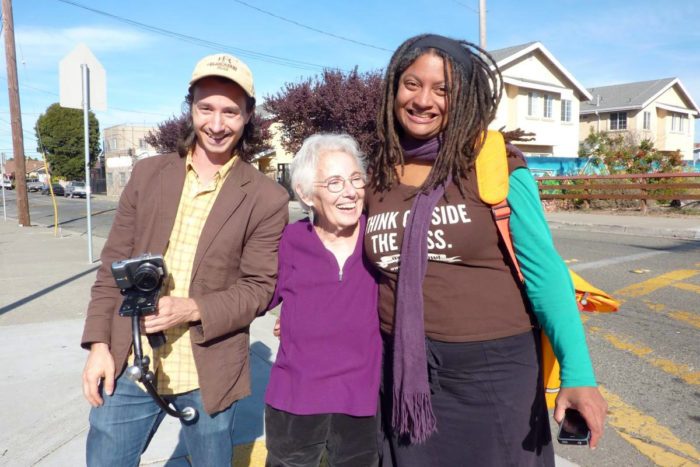 Contamination is a central theme of the movie and poses threats to both Urban Tilth and to Greenwillow Grains, who can’t sell to Asian markets for a while. [Japan barred all imports of Northwest wheat for four months.] Did these unanticipated events pose challenges for the film? And how do the farmers protect themselves from contamination to this day?

BB: They had destroy all their crops that summer. And before they felt confident selling their food to the community again, they needed to test their soil for heavy metals—a complicated and expensive test. It took over year to find the money to pay for the test. This process put all their garden activities on hold for a year.

EV: Doria talks about how the Chevon refinery fire was a real testament to regenerative agriculture. That doing these things to the soil—cover cropping, using lots of compost—actually does clean the soil. As far as protecting yourself from GMOs, I think testing the crops is the only way you can be sure. The whole GMO contamination incident made me really cynical.

There are several examples in the film of children returning to their family’s farming roots. For instance, Chris and Stefanie, Vicki’s children, both came back to work on the farm. You don’t see many instances where the younger generation wants to get into farming.

Harry Stalford, the most conventional of farmers, radically changes course. What’s the takeaway for people who are trying to get through to Big Ag? Be persistent?

BB: It takes passion, courage, and persistence to make meaningful change and the challenge is huge. When we first interviewed Willow [his wife], the conventionals were subsidizing the organics, and when we finished the film, organic was really leading the farm.

Watch the trailer for “Gaining Ground” below: