More Dreamers work in food than any other industry; with DACA on the chopping block, they share how it has changed their lives—and what happens if it ends. 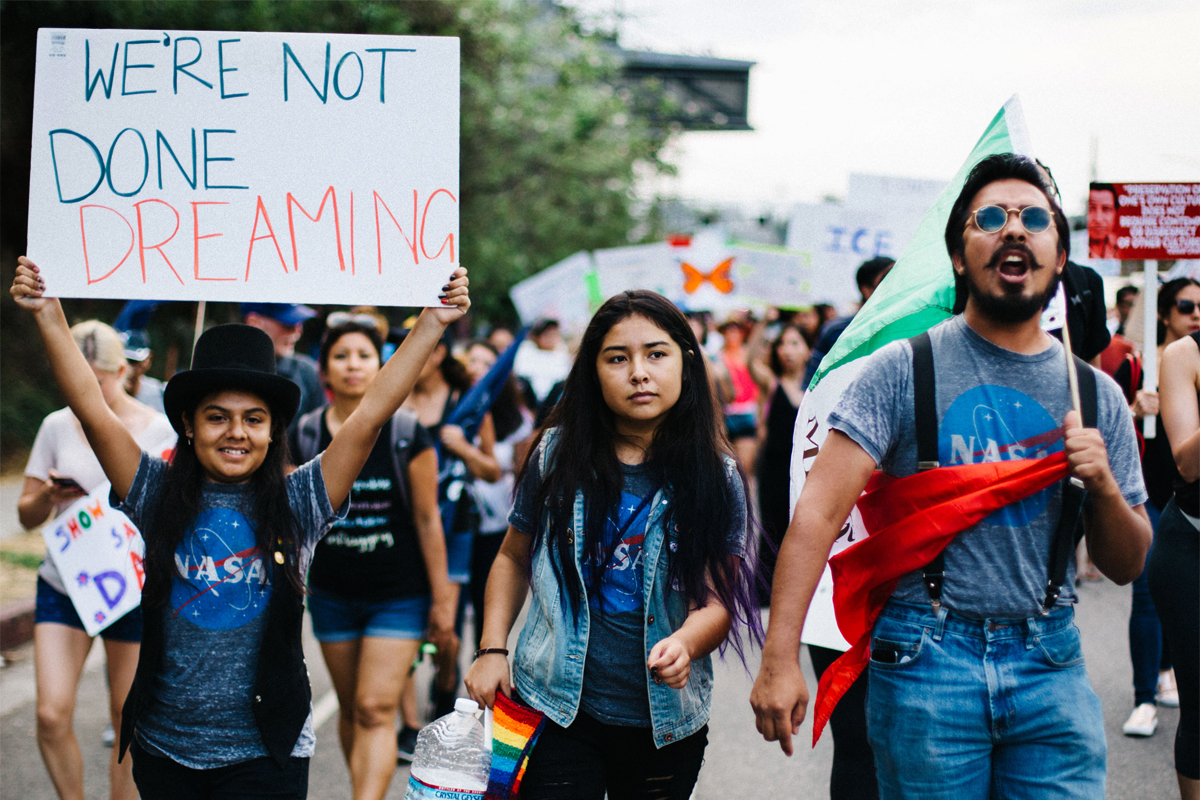 September has been a turbulent month—to say the very least—for the nearly 800,000 DACA recipients currently living in the U.S., as they have watched their fates tossed in the air again and again by President Trump and Congress.

DACA, the Deferred Action for Childhood Arrivals program created in 2012 under President Obama, gives temporary protection to undocumented immigrants who were brought to the U.S. as children. The Dreamers, as those registered under DACA are known, are protected from deportation for a period of two years, with renewals, and can obtain benefits including a driver’s license and a work permit.

After vowing earlier this month to terminate DACA, and suggesting that recipients consider leaving the country before deportations begin in March, President Trump later announced that he supports bipartisan legislation that would protect the Dreamers, but the specifics of what that legislation would look like—and whether Congress can actually enact it without substantial compromises—remain unclear. Given the administration’s and congress’s conflicting and confusing messages about DACA, the program and the fate of the Dreamers are on the line.

According to estimates, approximately 16 percent of DACA-eligible workers are employed in food preparation and serving, more than any other industry. Civil Eats spoke with two of these individuals, who explained what DACA has meant to them and their families, and how they’ve struggled to keep the faith in their ability to live and work in the U.S., despite the uncertainty. 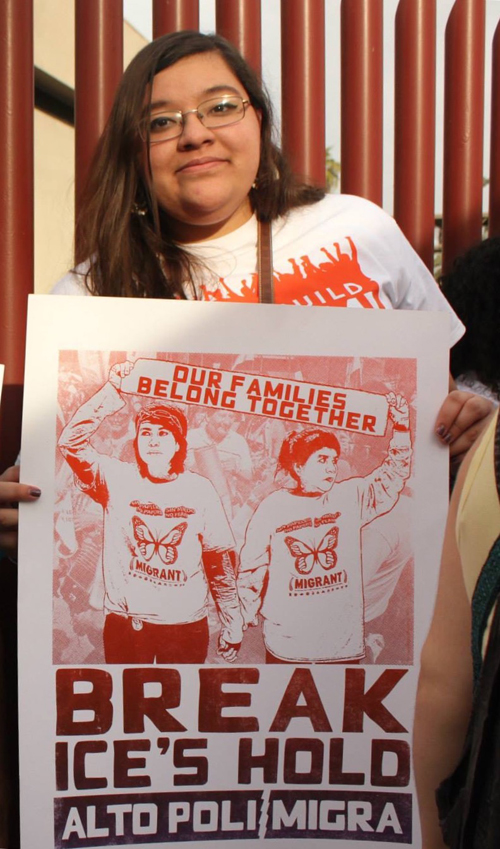 I’m originally from Chihuahua, Mexico. I’ve been in the U.S. since I was four—it’s been a while.

When we moved to the U.S., my mom became a server to help us get by. My mom is also a local performer and had her own karaoke business—it was a really fun part of my childhood. While she was singing on the weekends, I was helping bus tables. We were both working, under the table, just trying to make ends meet.

On June 15, 2012, when DACA was first announced, I had just graduated from high school. I remember graduating and knowing that I was going to go to college, but also knowing that there was a chance [that] I wouldn’t actually be able to use my degree because I didn’t have a way to work.

When DACA was first announced, I remember thinking that now I had a reason to go to college. It was definitely a life-changing moment. I knew that there was something out there that was waiting for me. A couple of months later, I applied and got my work permit and that’s how I was able to sustain myself through college.

I graduated from the University of Texas last May, and now that I have my work permit, I’m super happy to be able to work and not have to worry about being exploited for being undocumented. I have a job at a local restaurant here in Austin and it’s keeping me afloat right now.

What has it been like since Trump announced he would end DACA?

I’ve been involved in the immigrant-rights movement for four or five years now, so I knew there was a possibility he would rescind DACA. Since November, I’ve been trying to accept that I might lose my work permit, but the days kept on passing and I kind of let my guard down and let myself think: “Maybe he’s not going to do anything. Maybe it will be fine.”

Once I heard about the states threatening to sue Trump, it made everything real again. I was at work when I heard that they had cancelled DACA. I didn’t know what to say. I didn’t know whether to talk to my employer about this or whether they even had any right to know. I felt very uncertain about my future.

I haven’t considered leaving the country like they are suggesting. My mother has made too many sacrifices for me and for my family to just pack up our bags and leave.

I know that public opinion polls say the majority of Americans support people like me having a pathway to citizenship and keeping our work permits. I’m not just going to leave because someone told me to. I’ve worked so hard to be where I am now. We’re here to stay.

Hopefully, Congress will pass some sort of legislation that will allow people like me to continue to work legally. We are resourceful. We’ve been able to do more with less. 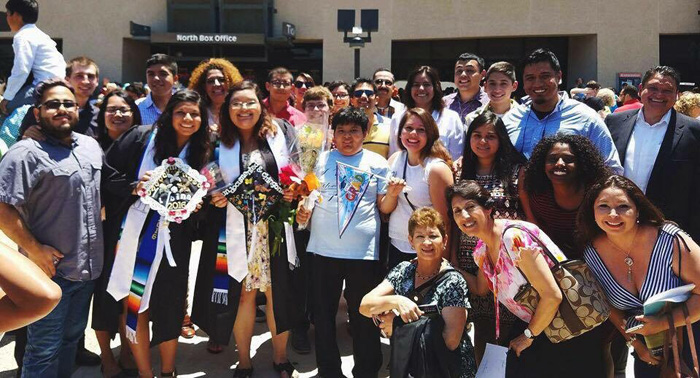 Maria Reza during her college graduation.

What message do you want the public to hear?

Honestly, the least that I’m asking for is dignity and respect. I don’t think it’s too big to ask to have people respect me as a human being. I hope that congress will see that as well and allow us to continue to be members of society that contribute like everyone else does.

People need to be more aware of the narrative they see on TV. They only see the Dreamers who graduated from high school at the top of their class and moved their way up to work in places like the tech industry.

And yes, they are great and everything, but we also have to remember that most people aren’t like that. There are plenty of people like me who work in the foodservice industry because we need an income. Whether it’s at a tech company or a restaurant, we all deserve the same respect. There’s 800,000 of us and we don’t all have the same story. 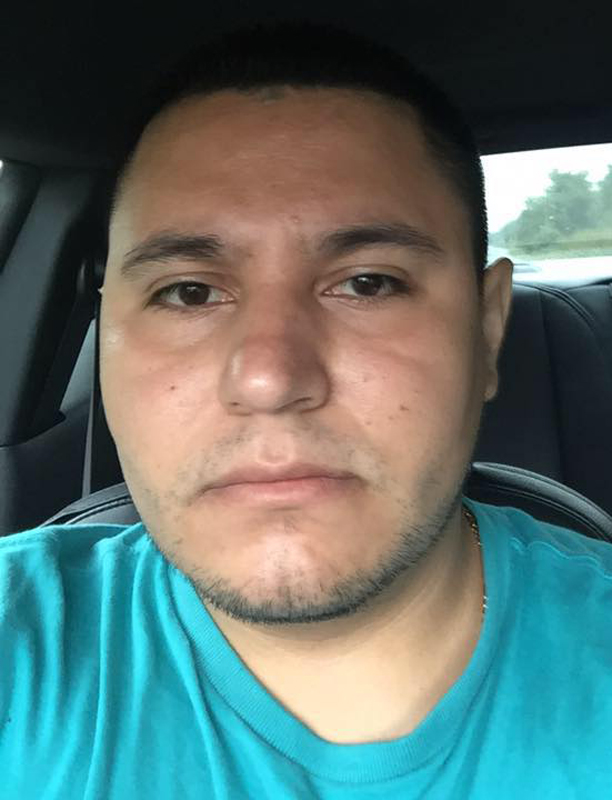 I’m originally from Guadalajara and I’ve been in the States since I was 13. My parents came for economic reasons—there just weren’t any good jobs available in Mexico. Back in Guadalajara, my mom had a little convenience store that only sold a few things like soft drinks and bread. My dad was a merchant doing random jobs, selling shoes at the flea market and things like that. Now that they are in the States, my mom babysits and my dad works for a staffing company. We’ve always lived in Florida, although we’ve moved from town to town occasionally.

I’m at school for nutrition and dietetics—I decided to focus on nutrition because [I] see people, especially in the Hispanic community, who are eating really poorly. I’ve also been working with the Farmworker Association of Florida for about six months, but before that I was a cook.

I worked at many different restaurants, from fast food to fine dining. I worked in all kinds of positions in kitchens, from garden manger, to fry station, to grill, to saute. The more that I learned, the more concerned I became with where food comes from and how it’s grown. I started to read about things like GMOs [genetically modified organisms] and I decided I wanted to learn more.

Before DACA, some other people who were undocumented asked me why I was even bothering to go to school and said it was a waste of time. I had gone to school for culinary arts, but after I graduated, no matter how hard I tried, I couldn’t land a good job because of my status. I don’t want to say that you settle, but you become passive and accept what you can actually get. Deep down, I knew I had more potential and knew I could do more.

Working with DACA compared to having no work permit is like day and night. [When you’re undocumented,] some employers would hire you knowing your status but would take advantage of you by making you work overtime without actually paying you for it. Or you’d find out that all your friends were making more money for the same job. But it’s not like you can go to your employer and demand a raise because he might just fire you. There were many days when I felt powerless. I hate that feeling.

Going from having to work under the table at jobs that weren’t stable and were mediocre—to say the least—to actually finding a path that I want to follow is a really good feeling. 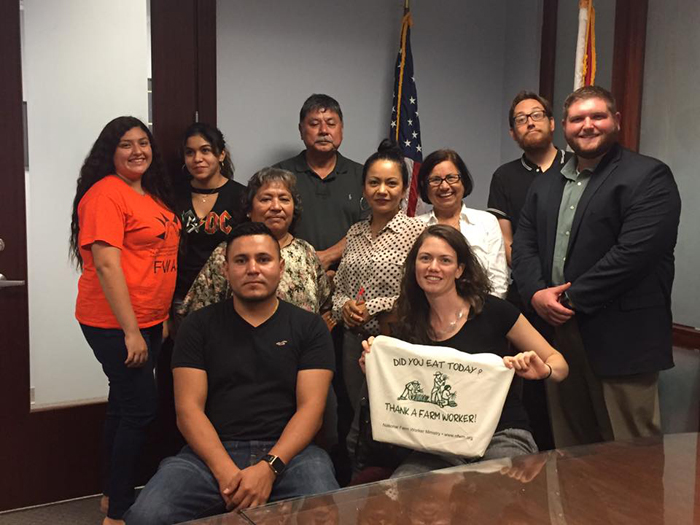 What has it been like for you since Trump announced the end of DACA?

[Since Trump’s announcement,] we’ve managed to make a community within the DACA community where we support each other.  We’re all going through the same thing. It helps you to cope.

If DACA is repealed, I won’t be able to finish school. I’ll lose my scholarship too. But I’m not going to leave the country. I’ve actually set up a lot of possibilities. I have family in Chicago, one of those places that actually supports DACA recipients—it’s one of those progressive cities. Or I can always go to California. I have family there, too.

My biggest fear is not being able to drive, because in the state of Florida if you don’t have a valid work permit, you don’t have a driver’s license. I don’t want to leave Florida because I have so many good friends and memories but, if push comes to shove, I’ll leave.

What message would you like the public to hear?

Interviews edited for clarity and length.