Why the Organic Industry is Suing the USDA Over Animal Welfare

The Organic Trade Association has filed suit against the USDA for delaying a new animal welfare rule. 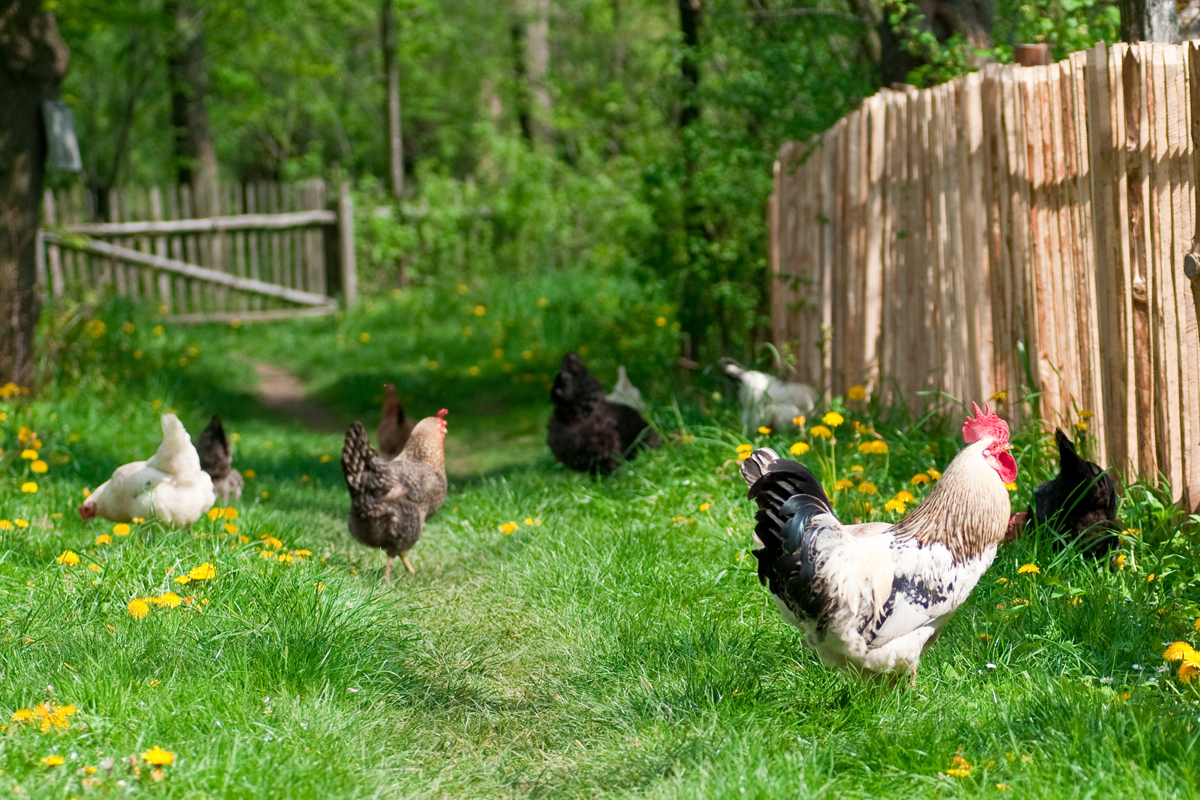 On January 19, 2017, just one day before President Trump’s inauguration, the U.S. Department of Agriculture (USDA) published a rule requiring organic farms to follow a set of improved animal welfare practices. The product of a decade-long process, the rules promised to close a loophole that many advocates had long bemoaned: the certified organic label doesn’t guarantee humane treatment of animals.

Organic farmers, retailers, and certifiers joined with consumer, animal welfare, and trade groups in support of the new Organic Livestock and Poultry Practices (OLPP), believing they had scored an eleventh-hour win.

Instead, on January 20, the new administration imposed a regulatory freeze on all new or pending federal regulations. Subsequently, the USDA delayed the OLPP’s effective date—twice—and then in May published a second OLPP rule and reopened yet another public comment period. The comment page requested input on four options—to enact the rule, suspend it, delay it, or withdraw it.

Stakeholders wondered if this fully vetted and widely supported organic animal welfare rule could suddenly be killed. Advocates rallied to gather 47,000 comments in 30 days, 99 percent in favor, and held their collective breath for a final decision by U.S. Secretary of Agriculture, Sonny Purdue on November 14. [On November 9, the USDA continued to delay the OLPP rules, pushing back implementation until at least May 14, 2018.]

In an effort to finally bring the original OLPP rule into force, last Wednesday, the Organic Trade Association (OTA) sued the USDA “to uphold the integrity of the organic seal and to honor the consumer trust in that seal.” The lawsuit cited violations of standard public process established by congress in the Administrative Procedure Act as well as the Organic Foods Production Act. It further argued that the president’s regulatory freeze should not apply to standards in the voluntary organic program.

“The OTA asks the judge to vacate the agency’s multiple delay orders and eliminate options proposed by USDA to further delay, rewrite, and permanently delay the rule—thereby making the final livestock rule effective immediately, as written,” according to a document the OTA provided to Civil Eats.

The OLPP, commonly known as the Organic Animal Welfare Rule, a 51-page document published by the USDA’s Agricultural Marketing Service (AMS), was set to go into effect on March 20, 2017. It contains an extensive list of new standards for organic livestock “to create greater consistency in livestock and poultry practice standards.”

The rule—the most sweeping set of animal welfare regulations ever approved by the government—includes requirements for physical alterations, pain management, stress reduction, and other practices to ensure the overall health, safety and wellbeing of animals.

The OLPP had undergone a protracted public process, including more than 10 years of formal recommendations from the agency’s citizen advisory body, the National Organic Standards Board (NOSB), and an internal audit by the Office of Inspector General. It also incorporated nearly 7,000 public comments and a complete economic analysis before the USDA’s National Organic Program (NOP) finalized it.

“Currently, organic doesn’t quantify hardly any welfare standards for animals,” said Ashley Swaffar, an organic certifier and current NOSB member based in Arkansas. “From my perspective, it’s critical that we ensure that animals have good living conditions, but they have to be measurable.”

As Civil Eats has reported, this larger purpose of the new rule has been overshadowed by a lone sticking point: outdoor access for poultry.

A single group of stakeholders, Big Eggs, opposes the new rule that prohibits enclosed areas called porches from qualifying as outdoor access. These multi-million bird operations stand to lose out on the nearly $1 billion organic meat and poultry market (according to OTA’s 2017 Organic Industry Survey), should they fail to meet the new requirements within the five-year time limit.

Two of the largest egg producers in the country, Kansas-based Cal-Maine and Michigan-based Herbruck’s Poultry Ranch have brought objections to their state senators. Both Pat Roberts (R-Kansas), chair of the senate agriculture committee and Debbie Stabenow (D-Michigan), a ranking member, have repeatedly challenged OLPP and threatened appropriations riders to defund it.

“We worked very hard to build this organic egg market,” said Greg Herbruck, executive vice president of Herbruck’s Poultry Ranch. “They’re trying to change the rule in the middle of the stream. That’s why it’s frustrating to us.”

But not all large organic egg producers want to see the rule killed. “We find it shameful that a few voices in two key states override the voice of the masses,” said John Brunnquell, president of Egg Innovations in a recent email. He and others like Jesse LaFlamme, owner of the country’s top-selling brand of organic eggs, Pete & Gerry’s, and Matt O’Hayer, Vital Farms founder and president of the Organic Egg Farmers of America, are not standing down.

“They’re selling a lie,” said O’Hayer of the Big Eggs producers, vouching for the vast majority of organic egg producers (95 percent, according to an unpublished 2014 Organic Egg Farmers of America survey) who either meet or exceed the outdoor space requirements for laying hens.

In the lawsuit, OTA asserted that the USDA’s failure to enact the new standards and outlaw porches harms America’s farmers. Brunnquell says, he “and all other organic egg producers who let hens outside on the ground suffer a $0.10-$0.20 cost of production differential that cannot be recovered.”

In effect, the fight for animal welfare in organics is an economic one. And most organic businesses are in favor, including the 334 beef, pork, dairy, and poultry producers who signed a letter to Sonny Purdue in April urging him to enact the OLPP “in its entirety … without further delay.”

OTA’s board of directors, representing over 9,500 members across the supply chain, voted unanimously to sue the USDA. “The government’s failure to move ahead with this regulation calls into question the entire process of the organic regulations,” said Melody Mayer, a vice president at the natural foods distributor United Natural Foods and an OTA board member. Other groups supporting the lawsuit include Organic Valley/CROPP Cooperative and the national association of certification agencies that accredit organic farms.

American consumers were also named in the lawsuit as being harmed by the government’s delays. Earlier this month, a coalition of animal welfare groups, including Animal Welfare Institute (AWI), American Society for the Prevention of Cruelty to Animals (ASPCA), and Farm Forward, released an extensive report documenting consumer support for humane animal treatment and tying it to the double-digit growth in the organic market. “The success of the organic industry reflects consumers’ growing desire for transparency … and their support for the humane treatment of farm animals,” it reads.

OTA’s executive director and CEO Laura Batcha echoed this in a public statement about the lawsuit, stating, “The organic industry takes very seriously its contract with the consumer and will not stand aside while the government holds back the meaningful and transparent choice of organic foods that delivery what the consumer wants.”

As for the USDA’s reaction, few know what to expect. Miles McEvoy, who led the NOP since 2009 as deputy administrator, stepped down just two days before OTA’s lawsuit filing, leaving one more vacancy in the agency’s leadership. The USDA’s Agriculture Marketing Service (which oversees the Organic Program) refused to respond to a request for comment, citing the pending litigation.

Meanwhile, Batcha said, “We’ve been inundated with support from the organic industry. Organic stakeholders understand the importance of [our] move to protect organics.”