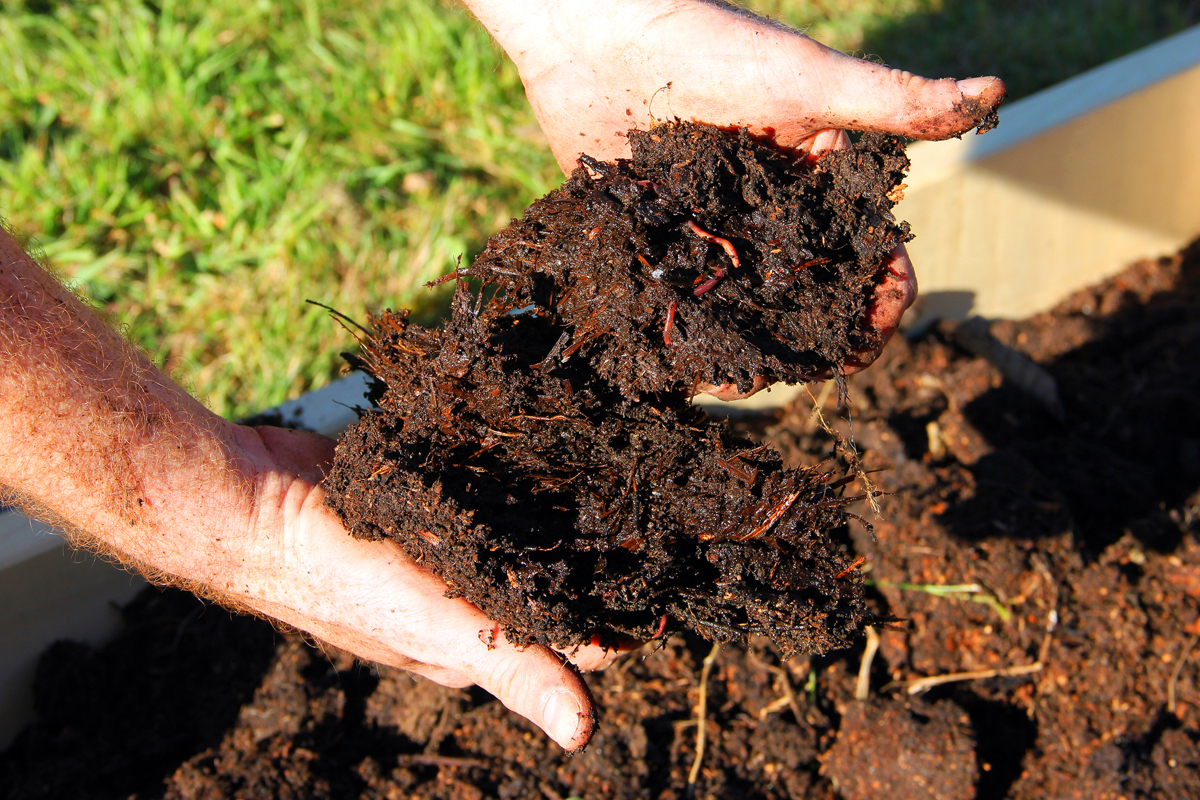 When it comes to mitigating the worst impacts of climate change, keeping excess carbon out of the atmosphere is the prime target for improving the health of our planet. One of the best ways to do that is thought to be locking more of that carbon into the soil that grows our food.

A new study from Northeastern University and nonprofit research organization The Organic Center (TOC), though, has reached a different conclusion: Soils from organic farms had 26 percent more potential for long-term carbon storage than soils from conventional farms, along with 13 percent more soil organic matter (SOM).

For the study, which Civil Eats got early access to review, chemists Elham Ghabbour and Geoffrey Davies began by analyzing soil samples from over 700 conventional farms in 48 states. They made the alarming discovery that these samples contained little to no humic substances. Humic substances are one portion of soil organic matter, which is made up of decomposing plant and animal matter. Comprised of humin, humic acid, and fulvic acid, humic substances are a major component of healthy, fertile soil, giving it structure and water-holding ability, among other things. They’re built up slowly, over the course of many years, by living materials such as manure that are added to soil.

“They’re important because they’re one of the biggest places carbon can get stored,” said TOC’s Director of Science Programs, Jessica Shade, who is a co-author on the study. And storing carbon in soil provides what Shade calls a whole suite of benefits that are linked to soil health, including supporting beneficial organisms like worms; reducing erosion and compaction; and providing aeration, essential plant nutrients, and water retention.

After some consideration, Ghabbour and Davies hypothesized that the dearth of humic substances was due to the high-input practices inherent to conventional farming, such as tilling and the use of chemical fertilizers and pesticides. They worked with TOC to contact certified organic farmers and enlist them as “citizen scientists” in gathering soil samples from their own operations; in all, 659 organic soil samples were collected from 39 states.

“Because organic farms are regulated by the United States Department of Agriculture (USDA) and use certain practices” such as crop rotation, letting fields lie fallow, fertilizing with compost, and maintaining a buffer between organic and conventional crops, as well as adhering to a three-year waiting period before qualifying for certification, “this was a great control group for testing this hypothesis,” said Shade.

Ghabbour and Davies devised a method for testing not just the overall amount of carbon in the samples—other researchers have already done this, though on a much smaller scale than this nationwide effort—but of those humic substances specifically. Since these can remain in the soil for hundreds, if not thousands, of years, they provide highly stable pools of carbon to support living and growing organisms.

“Soil is the biggest sink of carbon, bigger than the atmosphere and the oceans,” said Davies. And yet so far, “there have been no soil labs in the U.S. doing the kind of testing we’ve done—it wasn’t easy to do it on a big scale. But if they really want to know what the quality of soil is, they’ll want to know how much carbon it’s able to hold.” He and Ghabbour hope their testing methods, along with the importance of the information they’ve yielded, “will transform the industry,” he says.

“We already know that [conventional practices] like using [synthetic] fertilizers contribute to climate change,” said Davies—they deplete soil of carbon, which is then released into the atmosphere. But he and his team at Northeastern hope their new study might actually provide a roadmap to mitigating it.

“No one has ever compared this many organic and conventional soil samples before, or looked at these subsets of total organic matter,” said Michel Cavigelli, a soil scientist at the USDA who was not involved with the study but did review an embargoed copy of the full findings. Though he thinks there may be some criticism of the researchers’ “less rigorous” sampling methods, he said the large geographic coverage of samples makes up for that. Overall, he said, the study was a positive “first step that shows us [where] we need to look in more detail in more controlled studies, and this gives us the impetus to do that.”

As for how long it might take to see results on farms that undergo a transition to organic practices, Shade offered a reserved response. “To build up humic substances that will impact climate change is going to take decades,” she said. “But the side benefit is that as people start using the [organic] techniques that will sequester carbon, they’ll also be building healthier soil. And those benefits are exciting and tangible.”

Ghabbour and Davies’ full study will be published next month in the journal Advances in Agronomy; meanwhile, the Northeastern researchers are contemplating the next leg of their soil research journey.

“What I’d like to do next is to see if the humic substances in organic soils are the same as in conventional soils,” said Davies. If they differ, he says, that will be another indication that with conventional farming practices such as fertilizer use, “we’re going against nature.”

[Editor’s note: This post has been updated to clarify the scientific findings about farm-soil carbon sequestration.]