This Labor Day, We Need to Fight for $15 and Unions | Civil Eats

This Labor Day, We Need to Fight for $15 and Unions

After the minimum wage was rolled back in St. Louis, a mother who has worked at McDonald’s for 10 years makes the case for unions. 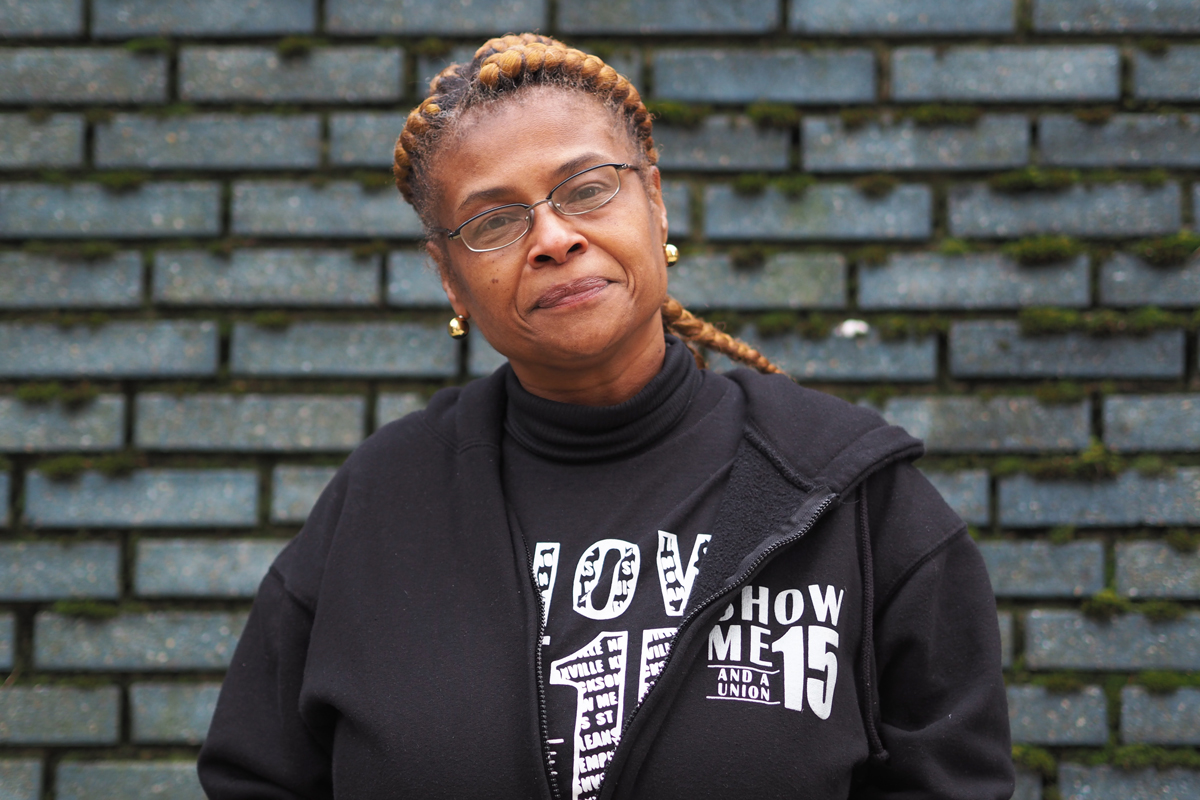 In America, your pay is supposed to go up, not down. But this month, McDonald’s may cut my pay by about $400 a month, and politicians in Missouri made it possible.

Before St. Louis raised the minimum wage to $10 in May, my job paid just $7.90 an hour. I’d been working as a cook and cashier for nearly 10 years, but in all that time McDonald’s has never raised my pay more than a few cents above the minimum wage. It was a constant struggle to scrape by and support my two boys. We were always behind on bills, and we even went one full winter without heat. We can’t afford a car, so I’ve been commuting two hours by bus every day. My job doesn’t offer health insurance, so I haven’t seen a doctor in 16 years.

Eventually I got tired of working myself to the bone for wages we couldn’t live on. I joined the Fight for $15, and together we made our case to the public, corporations, and politicians that we needed at least $15 an hour and the freedom to join a union to have a decent life.

And people listened. After a long fight with fast-food lobbyists in City Hall and in the courts, we won that raise to a $10-an-hour minimum wage in May for 30,000 working people in St. Louis. For nearly four months, things got better. I could make mortgage payments on the house my parents left us. I was still behind on my bills, but I was catching up. It wasn’t $15, and it wasn’t a union, but at least I didn’t have to worry as much.

But then fast-food lobbyists convinced Republican lawmakers in Jefferson City to pass a bill undoing St. Louis’ minimum wage increase and barring other communities from following our lead. They also blocked a raise in Kansas City—where voters approved a $15 minimum wage by 2-1 this summer.

More than 150 mom-and-pop shops in St. Louis heard our call and pledged to keep paying at least $10 despite the rollback. But not McDonald’s. Instead, my co-workers and I were told that my store “reserves the right” to take away our raises because of the minimum wage cut. America’s second-biggest employer could afford to double its CEO’s salary to $15.4 million this year, but letting us keep a $2-an-hour raise was too much to ask.

St. Louis may be the first city where state lawmakers have cut pay for workers, but all across the country anti-worker governors and legislators from Iowa to Alabama have passed laws blocking raises and gutting union rights.

As for me, I’m back where I started. My tooth is killing me, but I can’t afford to go to a dentist. I’m skipping meals so my sons can eat. And I’m worrying all the time.

But I’m not disheartened, because I know the solution. It’s what we’ve been saying from the start: we need union rights. If we were free to join a union that could go toe-to-toe with McDonald’s and other fast-food companies, we could save our $10 raise. We could even win the $15 we need. By standing together, going on strike, and speaking out, we’ve already raised pay for 20 million people across America and set 10 million people on a path to $15. With a union at our backs, we could do even more.

What corporations and politicians are doing to me and other working people in St. Louis is obscene. But we refuse to take it lying down. Instead, we are taking to the streets—and we will be louder than ever. Today—Labor Day—you’ll be able to see us out on the strike lines in St. Louis and hundreds of cities across the country demanding $15 an hour and union rights.

We’ll be fighting for the 30,000 working people in St. Louis who could see their pay cut, and the 64 million people across this country who still aren’t paid enough to survive. We’ll be fighting for an America where politicians listen to working people instead of powerful corporations, and where everyone who works hard can earn fair wages that only go up, and never go down.