Bake What We Knead: Solving the Problem of Excess Bread | Civil Eats

Bake What We Knead: Solving the Problem of Excess Bread

What should be done about the extra bread flooding our markets and soup kitchens? 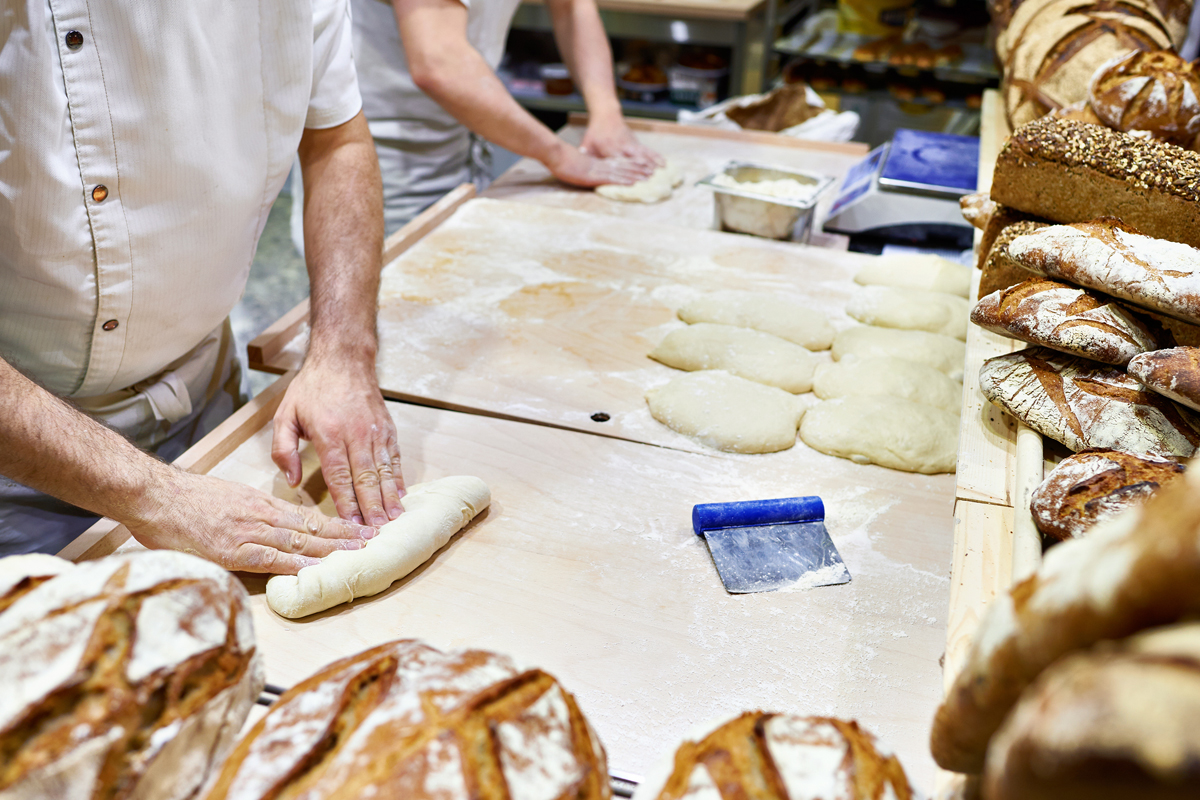 I could spend all day collecting day-olds from bakeries for the community meals program I run. The donuts, danishes, and buttery rolls look luscious, but our guests have plenty of access to refined foods. I want to offer healthier options, so I started think more about what all this extra bread does to all of us—not just those who rely on emergency feeding programs, but also to the average eater, and bakers, too.

As a nation, we’re making too much bread. Exactly how much is hard to say, but some estimate that one-third of all the bread made in America goes to waste. In their roadmap to less food waste, ReFED reported that grain products constitute 19 percent of food waste in our country. In New York City, City Harvest redistributed 5.1 million pounds of bread in 2016, or almost 10 percent of the food they collected.

This surplus breaks my heart. I like baking so much that I wrote a book about flour, and spent years learning about how much work goes into getting grain from the field to the mill. That work is not reflected in the cost of flour, which is insulated by economies of scale, the pennies game of milling, and government subsidies ($40 billion between 1995 and 2014). No wonder this ingredient seems disposable.

There’s also the fact that, except in the most exclusive bakeries, a bare shelf is a no-no. Customers expect fresh bread and lots of it. Sugar and fat are also relatively inexpensive, so it is safer to make too much and donate the leftovers than it is to risk running out.

The problem of plenty isn’t exclusive to America. In France and Germany, small bakeries are closing, partially because of the ubiquity of supermarket bread. Baker Pascal Rigo, who reinvented the baked goods at Starbucks, is now building a network of microboulangeries in France, hoping to revive the traditions of local baking. I think we should take a page from this model, and scale back bread production, too.

I’m not saying we should harken back to another era entirely. Before factory bread was the norm in America, many women spent their only day off baking large batches of bread. Yet the solution, which began with horse-drawn carts delivering factory-baked bread, has ballooned, bringing with it all kinds of industrial-scale problems. Even in the manufacturing process, this kind of bread can generate great waste. If one machine on the line breaks down, 90,000 pounds of dough can suddenly go “off-track,” destined to be sold into animal feed or other secondary markets.

Managing excess dough and baked goods in smaller-scale bakeries is not as clumsy, but still a part of business. And these businesses expect charities to absorb the extra. But people living in poverty already have access to easy calories, and even large operations like mine limit what we accept. Our shelf space is limited, and produce is heavy, perishable, and needs a lot of handling.

For instance, I recently sorted through a case of clementines, removing the ones that had burst, and rinsing the rest. The task didn’t take long but it did take time, and not all of our volunteers know how to look at dubious fruit and decide what’s worth saving. But the bread and sweets we pick up are always attractive and ready to serve.

What would happen if we made a lot less bread—and fewer donuts?

What if supermarket bakeries shrank their offerings, creating a sense of abundance in tighter real estate? What if independent bakeries baked only what they thought they could sell and no more? Some high-end bakeries sell out of their legendary treats, and they survive customer disappointment. Some even thrive on it.

What if we had to order bread like we order birthday cakes? In some circuits, this is the standard. Community supported bakeries (CSBs) sell subscriptions to loaves, just as community supported agriculture (CSA) farms sell seasonal subscriptions to a farm’s products. Sarah Owens, a James Beard Award-winning cookbook author, ran BK17 Bakery from her Brooklyn apartment that way. Many microbakery enterprises like hers only bake the loaves that people pre-order. I know these models can’t replace the way most of us buy our bread, but they suggest efficiencies that can help trim production and shift the burden of excess food further upstream.

As a home baker, I can’t bear to let any of the bread I bake go to waste. The remnants become breadcrumbs, and end up in mac & cheese, inside fish cakes, and even in sweet cakes, between berries and whipped cream. Such frugality is evident in old cookbooks, which use breadcrumbs galore. One baker who was trained in Germany once told me that his first task as an apprentice was grinding leftover bread to use in more dough.

Here’s another solution: Toast Ale, the brainchild of food waste activist Tristram Stuart. Launched in England, and now coming to the United States via Chelsea Brewing, the beer is made using 40 percent surplus bread. It replaces fresh grains in the brewing formula, so it preserves resources that would normally go into growing and malting barley, in addition to keeping bread out of the waste stream.

Once upon a time, bread was valuable because it was hard to make. Wheat was tough to grow and mill. Baking bread took time and resources.

Breaking bread remains a symbol of the shared labors involved, and of the necessity of our cooperation. If we could see the work invested by bakers, millers and farmers, whether small-scale or industrial, that symbol might gain real meaning again. And feeding each other, especially the poorest among us, would mean more than disposing of surplus foods.