Does Detroit’s Food Revival Leave the City’s Black Residents Behind? 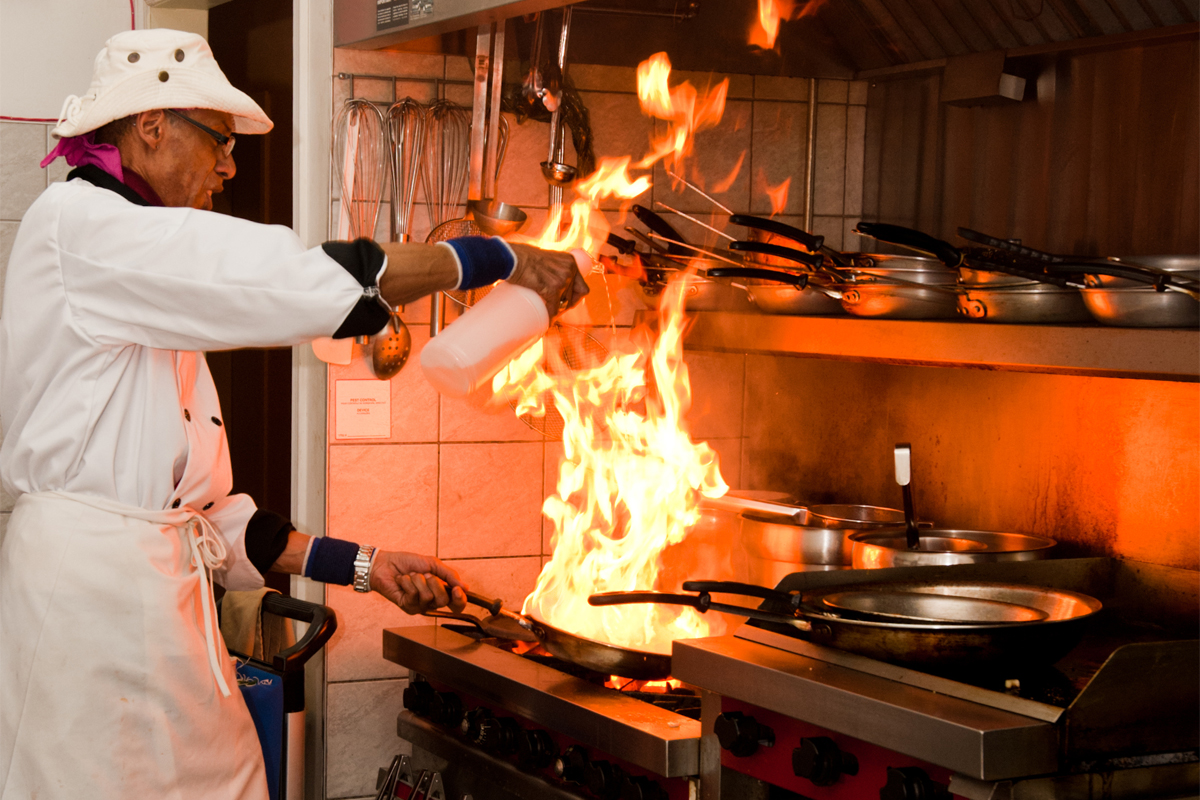 There are very few places in Detroit where diners can find chicken peleau, roti, sweet and spicy sorrel, or any of the other flavors of Trinidad. Lester Gouvia’s food truck, Norma G’s, serves them all, and for that reason it has become a well-loved part of the dining scene.

But Gouvia feels he could do more with a brick-and-mortar space, so he’s working to open Norma G’s—a fine dining Trinidadian restaurant—in the Jefferson Chalmers neighborhood on the East Side. Although the working-class neighborhood has a strong community and is on many developers’ radars, there’s little in the way of the fresh, high-end dining options there. And that’s partly why Gouvia says he chose the neighborhood over some of Detroit’s trendier areas, such as Midtown or Corktown. 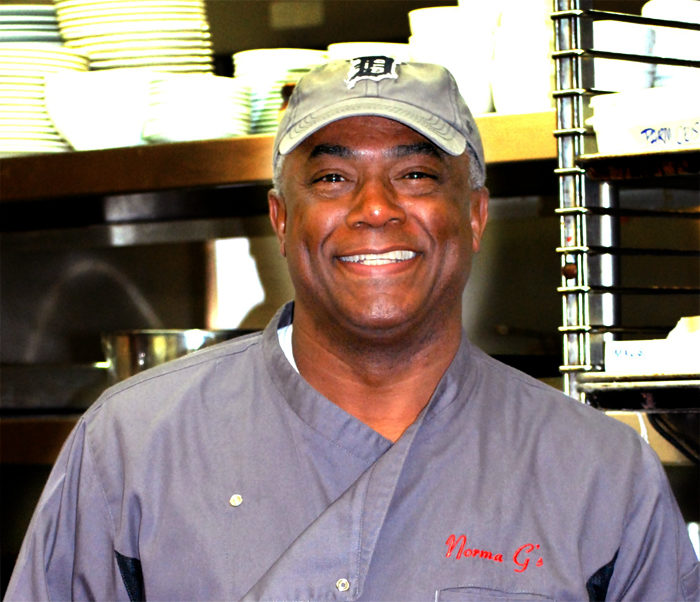 Construction is underway, but Norma G’s isn’t a done deal. In fact, Gouvia is still fundraising for the $450,000 project as he was unable to secure loans from traditional institutions, and the process has been slow.

“The reality is that most Black men are supposed to own a barber shop or a barbecue spot, so [the banks] don’t think that we should own a fine-dining restaurant,” he says.

This pattern might be less glaring if the city weren’t experiencing what some see as major food renaissance. On paper, Detroit’s dining scene has undergone a revival that mirrors the city’s larger comeback narrative. In 2016, the Washington Post proclaimed that “one of the country’s poorest cities is suddenly becoming a food mecca,” while the New York Times wrote in 2014 that what had been a food desert was now “a culinary oasis.”

While James Beard-nominated chefs and Michelin-starred restaurateurs are filling the city with new tastes and flavors, most of those businesses operate in the 7.2 square miles (the “7.2”) that compose greater downtown. And, while the city’s population is 80 percent Black, most of those restaurants are white-owned.

A Tale of Two Tables

In the city’s poorer, less-white neighborhoods, there’s no lamb tartare to speak of. Instead there’s a selection of chips and prepackaged foods from a Citgo or the Benchmark Party Shoppe, or coney dogs and deep-fried everything from restaurants in any one of the hundreds of “coney island” restaurants. Meanwhile, the nearest grocery stores are often stocked with such low-quality food that many Detroiters do their shopping in the suburbs.

Around 40 percent of the city now lives beneath the poverty line, and Detroit’s median income is $25,700, while the median incomes in of neighboring Livingston and Oakland County—where a disproportionate number of white developers, restaurateurs, and chefs working in the 7.2 live or hail from—are over $73,000 and $69,000, respectively.

The problem with not owning businesses is apparent when it comes to access to quality food. The city is filled with what residents here call “party stores”—Detroit’s version of a bodega—that are small stores mostly trading in alcohol and a limited selection of groceries. And—as with grocery stores—few are owned by the African-American population that makes up the customer base. That leads to lower-quality foods, and Black customers aren’t always treated with respect, Yakini says. 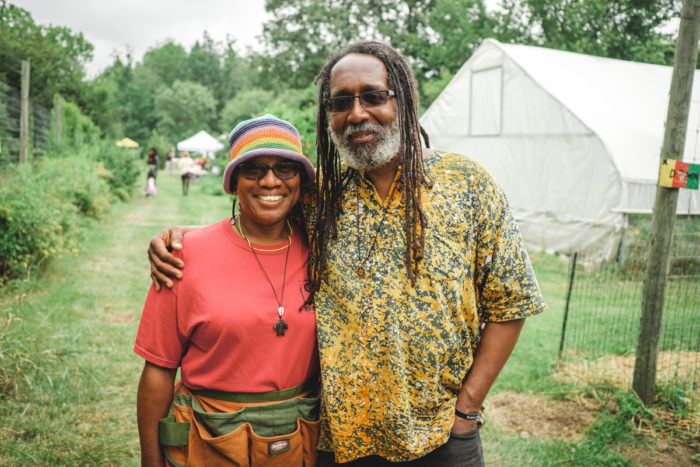 That setup also results in wealth extraction as profits generally go back to the suburbs. A 2012 Fair Food Network study found that Detroiters spend around $200 million annually on groceries in the suburbs. So no matter where Detroiters go to spend money on food, those funds aren’t recirculated in their neighborhoods.

It’s also worth noting that in Detroit—a sprawling city in which 26 percent of residents don’t own a car—more than 500,000 residents live with limited or no access to grocery stores. So even those who want to get to better food don’t always have the means to do so.

Ownership also becomes an issue when areas like the 7.2 gentrify. Those who own properties are insulated, and Yakini notes that populations that aren’t a part of the ownership class are open to exploitation.

“If we don’t have power, then we end being victimized in various ways,” he says, referencing wealth extraction, economic barriers, disrespect, and low-quality products stocked on many of the neighborhoods’ store shelves.

The median credit score in Detroit is 580—far below what’s needed to secure a loan. So it only makes sense that entrpreneurs based in the suburbs have a leg up when it comes to securing capital. And the numbers bear this theory out.

A recent Woodstock Institute study of bank lending practices in Richmond, Virginia, and Detroit found that businesses in low-income, higher minority areas receive far fewer loans than those in wealthier areas. Although businesses in minority census tracts make up an average of 15.4 percent of the total number of businesses, they only received only 7 percent of all the money lent.

“There’s not a lot of capital available when you are not considered to be ‘bankable,’” says Alicia Farris, director of Detroit’s chapter of the Restaurant Opportunity Center (ROC). “If you’re not creditworthy, there’s a lot less opportunity to participate in the American dream.”

Take Godwin Ihentuge, the owner of West African-inspired food truck YumVillage, who has been working with Farris and ROC. Ihentuge inherited the truck from his dad and he is planning to open a multi-use culinary facility for Detroit that includes a restaurant, commissary kitchen for food trucks, incubator for aspiring chefs, and a beer garden.

Even as a former mortgage banker for Quicken Loans, he says he hit a wall early on when trying to secure a loan. Traditional lending institutions wouldn’t lend to him, Ihentuge says, so he’s been approved for some funding through Motor City Match and the Detroit Development Fund’s Entrepreneurs of Color program, though those funds are contingent on Ihentuge finding a retail location, among other steps. 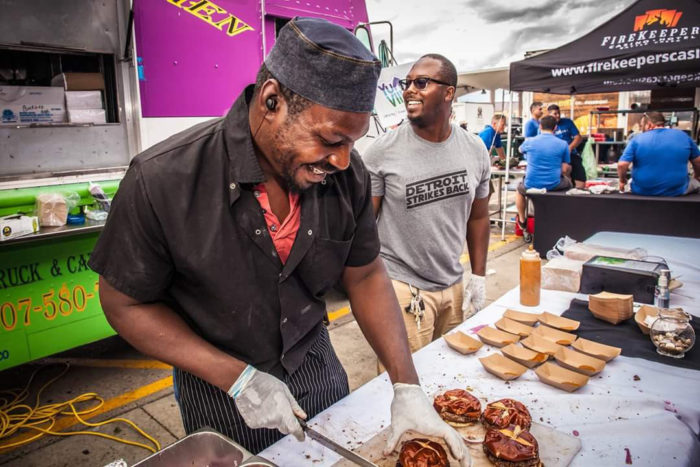 “You have people in the neighborhoods who are trying to establish themselves, but everything is stacked against them,” Ihentuge says. “The money that the community needs to get started is just not there. In every single statistic that has to do with finances, people of color are two steps below what’s normal.”

Once Black business owners do find funding, it’s almost as difficult to secure media coverage. Devita Davison, director of FoodLab Detroit, says there are too many stories about what the neighborhoods are lacking. “But, as it relates to food, where are the positive stories?” she asks.

This brings us back to the national media’s assessments of Detroit’s dining scene. In all the recent national coverage of Detroit restaurants, only the New York Times mentioned an African-American-owned restaurant—Detroit Vegan Soul.

Locally, it’s not much better. “People who can get in [the 7.2] get all the attention,” says Winona Bynum, director of the Detroit Food Policy Council, which is tracking such coverage. “They’re already better connected and have all the financial pieces, [but] we need establishments all over the city to get attention.”

And, of course, media attention is often also a matter of finances. “When you talk about capital, maybe that means having the money to hire someone to help with PR to get attention outside of the neighborhood, to get some national buzz,” says Bynum. But for those with fewer resources, she adds, “those are definitely barriers.”

Despite the challenge of restaurant ownership, many elements of the Detroit food system are flourishing. Bynum notes the city’s network of 1,500 urban farms and gardens, and its growing number of small farmers’ markets.

“Even if most people don’t get their food that way, it brings awareness, excitement, and there’s a lot of community-building—that’s huge,” Bynum says.

There’s also a lot of work being done around ownership. Davison points to alternatives to the traditional grocery store model like Farmer’s Hand in the Corktown neighborhood, a specialty bodega co-owned by a Black woman. In the North End, Malik Yakini and others are organizing a version of a food hub that’s anchored by a cooperative store. FoodLab Detroit is also helping a group of entrepreneurs buy properties instead of leasing.

“What I’m interested in is: Who’s pushing back? What does it look like for [Black] people to have some ownership?” Davison says. “It’s key, but it takes time to raise capital.”

While there are barriers, there is some notable progress. Ima and Brix Wine and Charcuterie Bar are two new Black-owned restaurants that recently opened in Corktown and West Village, respectively. And Chef Maxcel Hardy returned to Detroit this year after breaking into the restaurant industry in Miami and New York City. He’s in the process of opening three restaurants, including River Bistro on the west side. For its kitchen, he hired an all-Black kitchen staff and is intentionally working to provide experience and open doors for Black chefs in a city that is short on them. And last week marked Detroit’s first annual Black Restaurant Week, which highlighted some of metro Detroit’s Black-owned establishments (as well as the near-inevitable racist and clueless responses to any coverage of race in food).

At ROC Detroit, Farris is coordinating multiple programs that help minorities get ahead in the restaurant industry. Among them is a cooperative incubation program designed to help aspiring restauranteurs lead a cooperative instead of opening a restaurant using the traditional model. “We look at viable alternatives that allow people to remain in the food industry while being able to support their family,” Farris says.

As Yakini points out, resolving ownership issues and creating an equitable food community in a city where so many residents struggle with poverty is either going to require new approaches or large structural changes.

“[Low-income residents are] not going to be looking for a high-end restaurant that serves locally grown microgreens and expensive beef … So in order to transform the food system, you have to attack poverty,” Yakini says. “Food justice, food sovereignty, and the food movement have to be tied to other movements around economy and racism that are shaping inequality.”

And, ultimately, the goal is to create something that exists between the gentrified area like Midtown and the still-struggling outer neighborhoods, Gouvia says.

“There are neighborhoods that people want to visit that aren’t overpriced and out of touch, and that’s the kind of dynamic that I’m hoping to help create in Jefferson Chalmers,” he says. “I don’t want it to be just like SoHo, but I want to create a vibe that’s similar to that, but that all people can come to.”