Is Vegan Farming the Next Plant-Based Phenomenon? | Civil Eats

Is Vegan Farming the Next Plant-Based Phenomenon?

In what may become a growing trend, two young farmers in California's Salinas Valley have completely eliminated animal products from their farming practices. 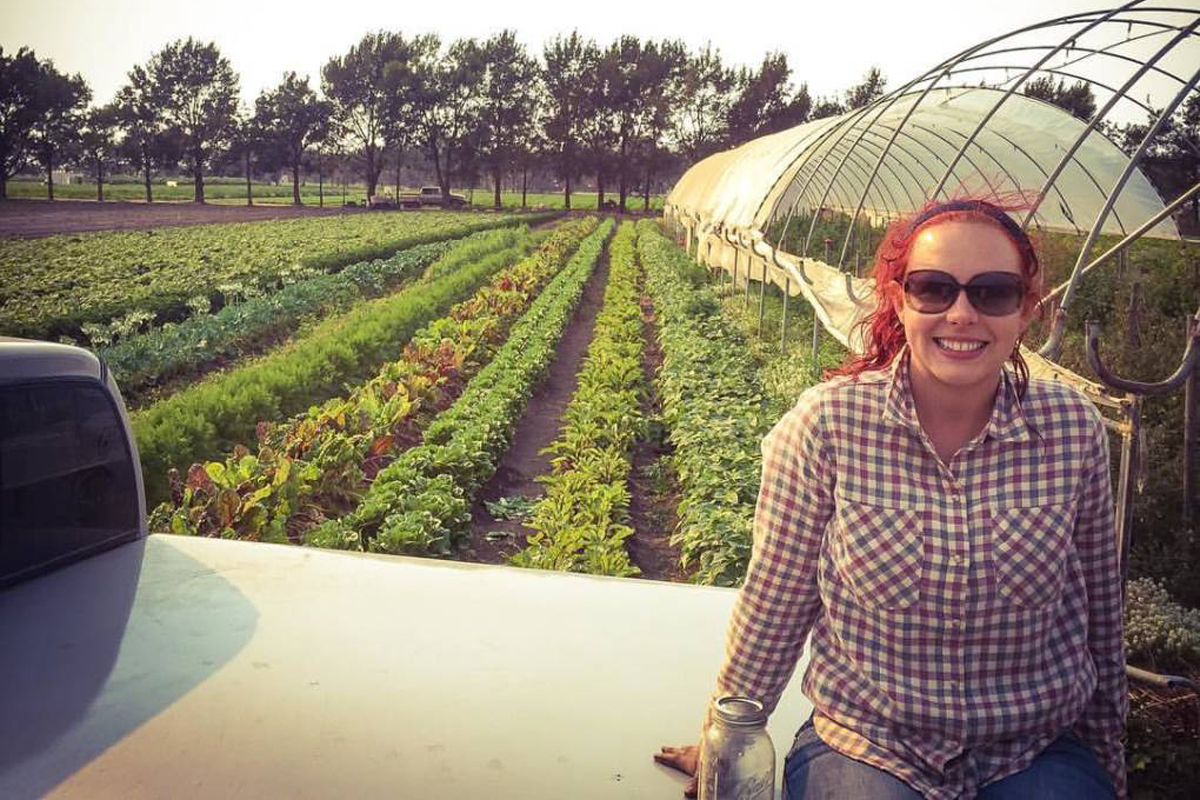 It’s a crowded CSA market in the Bay Area, with mainstays like Full Belly Farm and Eatwell Farm feeding hundreds of members weekly with their boxes of local, seasonal and organic produce.

But there’s a new contender looking for members, offering something unique, something more than just its cheeky name: Lazy Millennial Farms. The founders of the Salinas-based farm believe it is the only farm in the Bay Area that’s growing crops veganically. That means no animal fertilizers, fish emulsions, blood or bone meal (dried animal bones and blood that is processed from the remains at slaughterhouses) that are relied upon so heavily in organic farming.

Matthew and Brittany Loisel started their farm because they felt that the little steps many eco-conscious people take, like recycling, just wasn’t going to have enough impact.

While Matthew had grown up gardening, starting their own farm seemed like the next logical step, especially since the couple—who met in college—were both dissatisfied with their corporate jobs.

As for the farm’s tongue-in-cheek name, the inspiration struck when Matthew was listening to a Ted Talk about branding and millennials.

Speaking for them both, he said “we had these corporate jobs that we hated, and what’s more millennial than tossing that out and starting a veganic farm of all things? Here we are knocked for being lazy, so I thought ‘You watch me start this farm.’” 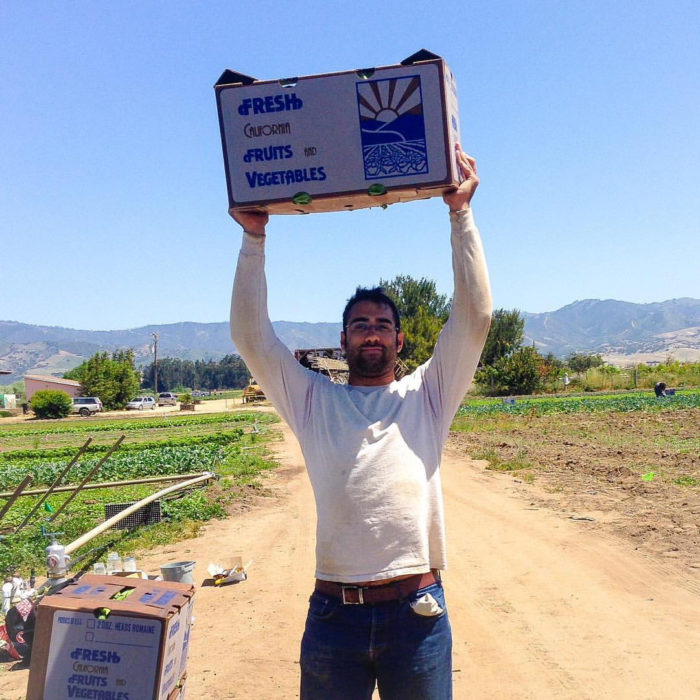 At the same time, they had been tearing through a number of documentaries critical of the food system like “Fed Up” (about the sugar industry) and “Cowspiracy: The Sustainability Secret” about the environmental impact of raising cattle for beef.

Already vegetarians, they began to wonder what more they could do.

“I was the kind of vegetarian that hated vegans,” said Matthew. “I said many times ‘I will never be vegan,’ among other pejorative statements about vegans. But halfway through ‘Cowspiracy,’ I was sure I was going to have to go vegan for environmental reasons.”

But once they started learning about agriculture, they were struck by the paradox that to successfully grow vegetables, so many animal byproducts are used.

Using the fertilizer from the horses in nearby Watsonville at first was a foregone conclusion, but as they went vegan, they began to wonder if it there were other alternatives.

“I had to figure out would veganic agriculture even work?” said Matthew. “I didn’t know it was a thing.” 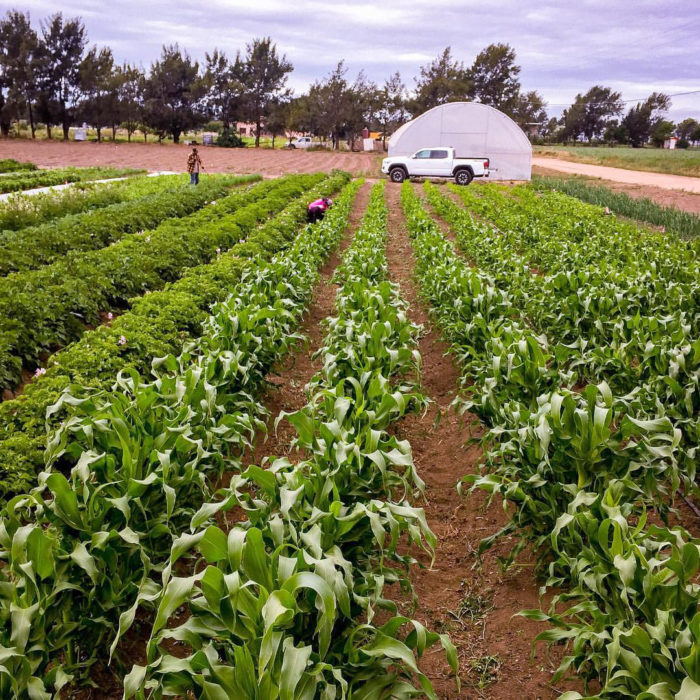 The couple started their farm through a program called the Agricultural Land-Based Training Association, or ALBA. It’s a farming incubator that trains people with little to no farming experience in a 10-month program the basics of how to farm.

After that, some of the students are selected to farm on its property, where they are subsidized.

The goal is that after several years, participants will be able to go out and start their own farms. The Loisels began on half an acre there, and now are farming two and a half acres.

Once they began to consider not using animal byproducts, “I was in a panic as I hadn’t heard of veganics, and my initial concern was that soil microbes would suffer without organic matter to feed them,” said Matthew.

So he did what he’s done often in his life, he said; he asked someone more knowledgeable than himself on the subject.

Matthew reached out to an expert who had spoken to their class.

“His answer was that soil microbes are much more resilient than you give them credit for,” he said.

While the veganic movement is so small most haven’t heard of it, it is growing, said Mona Seymour, Associate Professor of Urban Studies and Director of Environmental Studies at Loyola Marymount University in Los Angeles.

Seymour said she believes there are about 50 farms in the United States doing so, but because there’s no official body, it’s very hard to track.

Seymour said there are probably even more, but that not every grower identifies with the term because they don’t think it’s commercially marketable, or they don’t want to be affiliated with something that their customers may see as alienating and extreme.

According to Seymour’s research, veganic gardening is much more popular than veganic farming, with “a lot of regional and national Facebook groups in existence around the world,” she said. “Some have hundreds of members, some in the thousands, so I think people doing this at community gardens or in their backyards or on their balconies is much stronger than the commercial aspect of it.”

In the United Kingdom, there is the Vegan Organic Network, which has created the standards that the Loisels follow, otherwise known as “stockfree.” The organization’s web site says “Most vegetables are grown with slaughterhouse by-products.”

The Lazy Millennials CSA is different than most—and in fact, doesn’t really subscribe to the CSA model at all—in that one doesn’t pay in advance for weeks or months at a time.

“We didn’t want it to be cost-prohibitive because lots of people can’t afford to buy food every week,” said Matthew. “We set it up so you can buy week to week.”

The most deliveries they’ve done in one week so far is 40, but many more households buy from them, he said.

They deliver throughout the Bay Area. 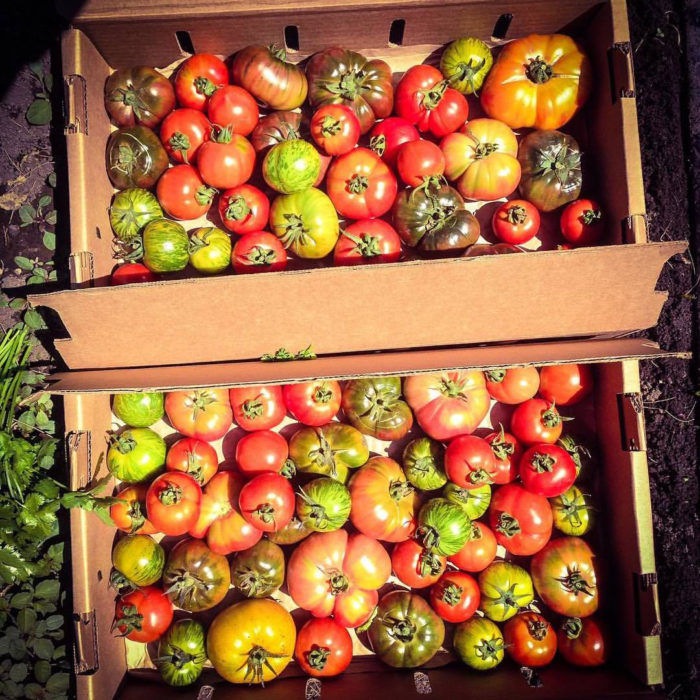 Matthew believes that most of their customers are also vegan and that most vegans don’t know that this is an option. He admitted that had he not become a farmer, he never would have thought about it, either.

But as a result, Matthew has fielded many requests from various organizations that want to learn more.

“People have so many questions because nobody’s heard about it,” he said.

This article originally appeared on Bay Area Bites, and is reprinted with permission.