The menu at a recent gathering of good food and farm advocates was full of topics ranging from systemic food-system injustices to the true cost of food. 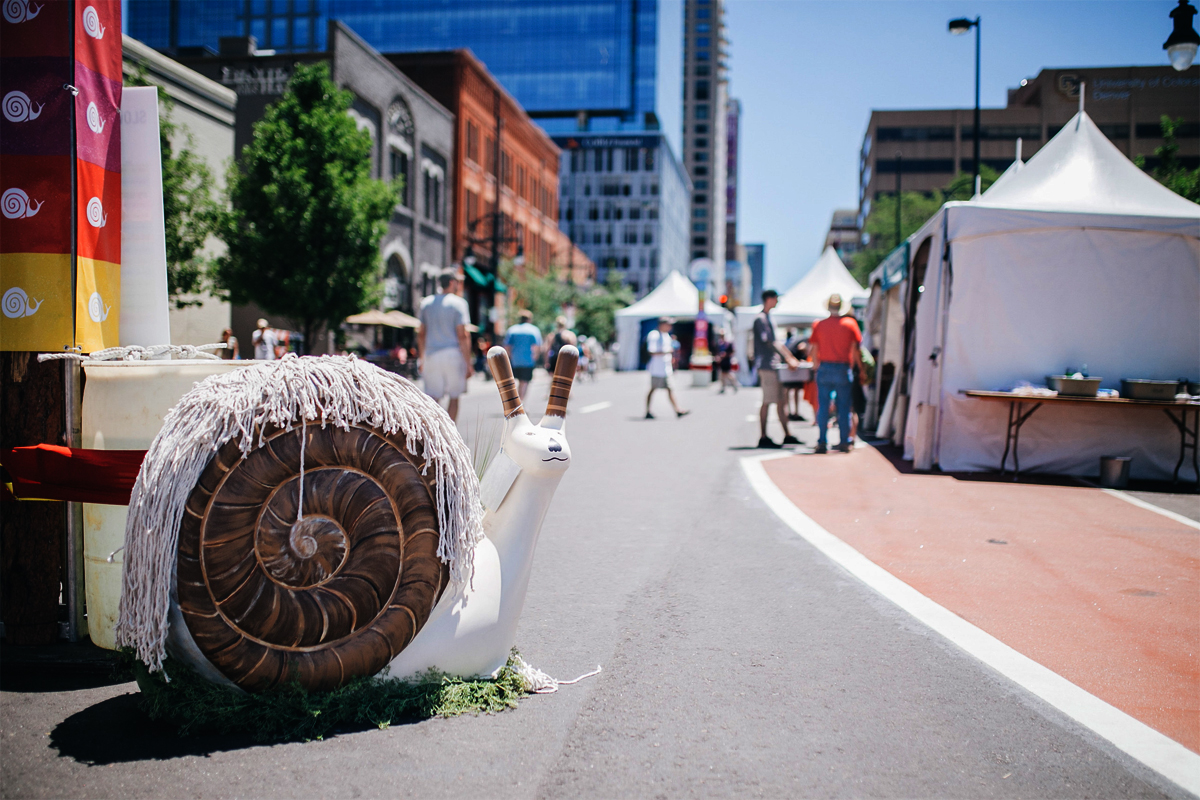 Speaking to a crowd already overheating at 10 a.m. in the intense July sun, school gardens pioneer and doyenne of the good food world Alice Waters reminded an audience of about 500 people how much change has come to the world of food over the last decade. The number of farmers’ markets around the country has exploded, with nearly 8,700 listed in the U.S. today. And it used to be a rare school principal who thought school gardens could be a valuable contribution to the education environment. Today, there are more than 7,000, she said. “We have to think about where we’ve come from.” 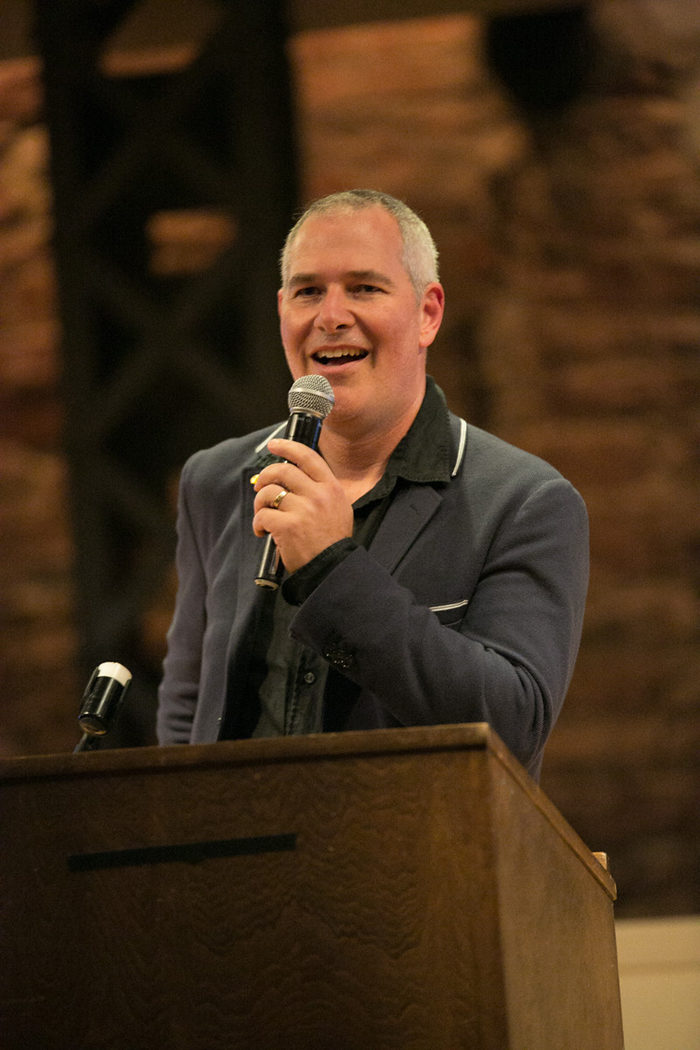 Waters was kicking off Slow Food Nations in Denver earlier this month, a three-day festival that brought food activists and enthusiasts together to take stock of how far the food movement has come in the nine years since the organization’s last major gathering—and where it’s headed next.

For Slow Food USA (SFUSA) director Richard McCarthy, the best indicator of change may be the fact that, while there are still rampant issues with racism and inequality in the food movement (and everywhere), they’re now part of the discussion. According to McCarthy, the push for “good, clean, and fair” food has long been criticized as an elitist movement—and while local and organic food does tend to be more expensive, there are many people around the country working to confront that problem head-on and looking for ways to improve food access in many under-resourced communities.

“How do we simultaneously balance our love of food with really fundamentally difficult questions about justice? We’re becoming more comfortable with and familiar with holding both of those things at the same time,” McCarthy told Civil Eats.

When he first started working in farmers’ markets in the mid-1990s, McCarthy said friends pushing for social justice would shrug his efforts off and he had to answer many questions about why he was working in food. “I don’t think we have to do that anymore,” he said.

Indeed, farmers’ markets are one battlefield where the fight for equity has made some progress as evidenced by double-bucks food stamps, which help SNAP recipients double the value of fresh produce purchases. Wholesome Wave co-founder Michel Nischan, who is credited with pioneering that concept, also used his platform at Slow Food Nations to praise the progress of recent years, noting, “I’ve seen more change in the last eight to 10 years than I’d hoped to see in a lifetime.” 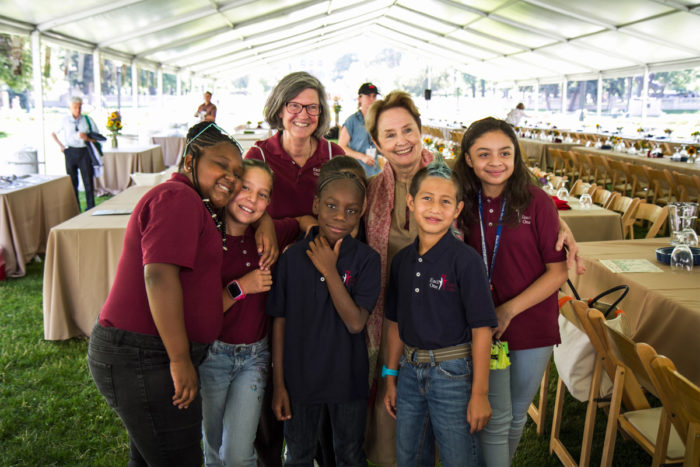 There is still plenty of work ahead, and the weekend was filled with conversations about how to address inequality in the food system, as well as celebrations of recent wins. On a panel about race and farming, and forging a more equitable future for U.S. agriculture than the sector has known in the past, Rudy Arredondo, long-time policy advocate for small-scale Latino farmers, pointed to legislative victories that help these farmers, including in the 2008 Farm Bill, and what it might take to establish a stronger presence in the federal government.

“The [USDA’s] Office of Advocacy and Outreach was one of our wins!” he said, referring to the department established by the 2008 Farm Bill to improve access to USDA programs and the profitability of small farms and new or socially disadvantaged farmers and ranchers; prior to that, the agency had no avenue for that kind of outreach. Fellow panelist and advocate Khai Nguyễn also spoke about his work with VEGGI Farmer’s Cooperative, which helped people in New Orleans’ Vietnamese community find land to farm, and a market for their produce, after they’d lost their fishing businesses in the wake of the BP oil spill.

In the food industry more broadly, Kevin Bayuk, co-founder of the Force for Good Fund, said that for a long time, efforts to increase sustainability amounted to little more than making certain practices “less bad.” Meanwhile, truly sustainable practices have often been lacking. But as the food movement has expanded and matured over time, so has its efforts to generate sustainability.

“The more ‘less bad’ we have happening, the more the really positive work becomes visible,” Bayuk said during a panel on regenerative economics. The hope, he added, is that more resources become available to support work that has a fundamentally positive impact.

In an email after the event, Bayuk offered an example of the good that can come from “less bad:” “Uber, Lyft or Taskrabbit are mostly just ‘less bad’ (more efficient use of resources or efficient connection to services),” Bayuk explained, “but they are making ‘platform cooperatives’ like Loconomics, Union Taxi, June, etc. become possible as people begin to ask why the participants in the enterprise can’t be owners. The idea of platform cooperatives—a more inclusive form of ownership regenerating people and communities have been around for decades, but are now becoming more possible because of the so-called ‘sharing economy.'”

Other members of that panel celebrated what they see as a slow shift toward a regenerative economy. Woody Tasch, founder of the nonprofit Slow Money, cited composting toilets as an illustration of natural lifecycles, explaining the benefits of returning waste—and the nutrients in it—to the earth rather than sending it to industrial treatment plants.

“We are completely disconnected from life cycles, and we’re the only species that does this. That’s why regenerative agriculture is so important—trying to break that cycle and restore nutrients to soil,” Tasch said. People making a living using regenerative economics, he said, are fighting a similar battle. “It’s a challenge to make that cyclical where the rest of the economy is linear.”

How can consumers push the food movement forward in a way that will not only enable more equitable access to healthy, clean food, but will also ensure workers engaged in all aspects of the food industry are treated fairly as well? That’s the million-dollar question.

A lot of the underlying problems, though, are cultural: As a society, we seem to demand more choices than anyone should need, which comes at a cost. “In the U.S., we’re so driven by giving people choices that we can’t focus on making great food in small amounts that bring people together,” said Ed Roehr, chef and founding partner at Sacramento’s Magpie Cafe, pointing to some European restaurant menus that may only consist of three seasonal items at a time.

Our food economy is also heavily dependent on undocumented workers, which is problematic for everyone. The constant national debate over immigration creates uncertainty for employers, but it also keeps workers disempowered and prevents them from ever owning their own land or farms, explained Angela Harris, Boochever and Bird Chair for the Study and Teaching of Freedom and Equality at the UC Davis School of Law, during the discussion of race and farming.

Wages are also unfairly low—and the possibility of higher labor costs driving up the cost of food points to perhaps the most fundamental flaw in the U.S. food system. Americans tend to spend less and place less value on good food than elsewhere: They spend an average of six percent of their income on food—the lowest in the world—whereas in parts of Europe, people spend closer to 20 or 30 percent.

Carlo Petrini, founder of the international Slow Food Movement, speaking through a translator, discussed the importance of placing more value on food. “We can’t think of an economy of nature without giving value to food,” he said. “It has lost value in the last 50 years. It’s just price—and there’s a difference between price and value. Value is the work farmers do to protect the environment, defend biodiversity.”

As Slow Food Nations wrapped up, the participants, presenters, and organizers held a steady gaze on what’s still to come to make this dream a reality. To keep the momentum going, McCarthy told Civil Eats that SFUSA is turning Slow Food Nations into an annual event, taking place in Denver every year.

And, in a post-event message, Slow Food USA’s McCarthy summarized the six takeaways from Slow Food Nations, each of which highlight the importance of food justice, sustainability, and social responsibility that are central to the good food movement.

Civil Eats is a media partner for Slow Food Nations.