The state is the latest to pass a food sovereignty law that allows consumers to buy food directly from farmers. 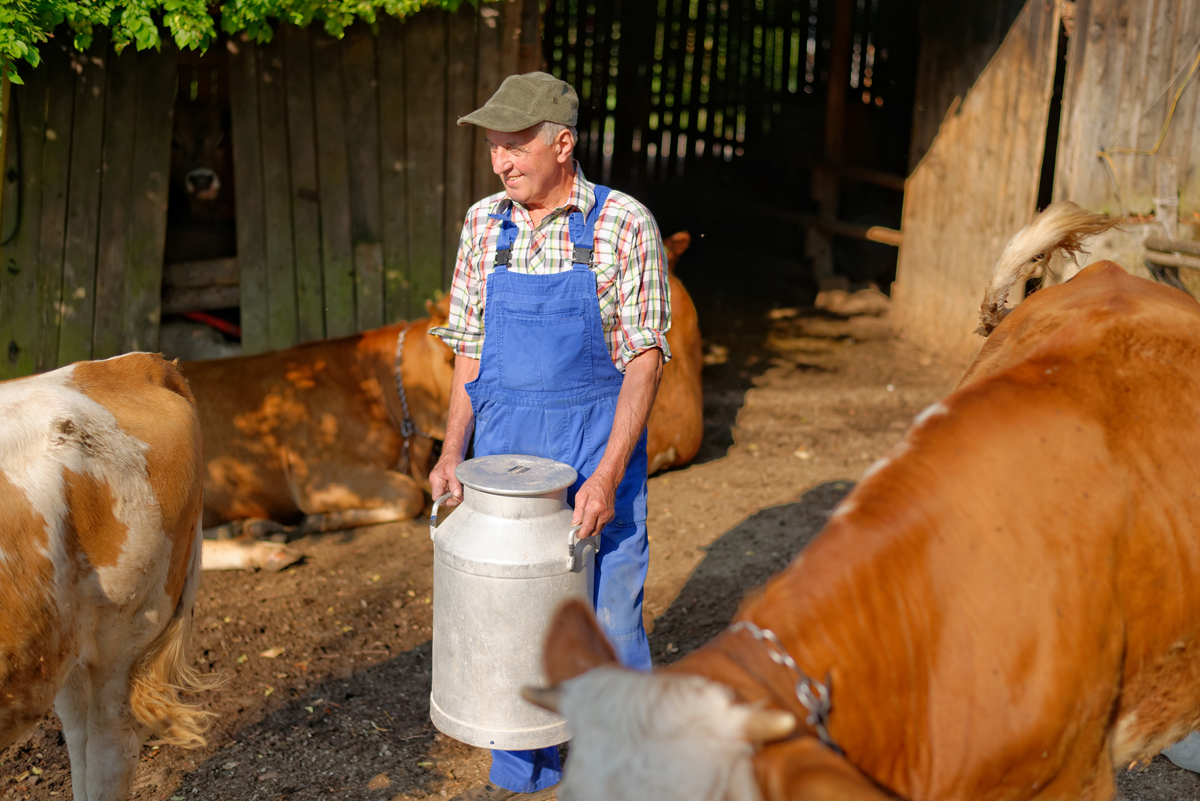 Last month, Maine’s Governor Paul LePage signed into law a bill that gives municipalities the power to regulate direct farm-to-consumer sales within their own borders. It’s the third so-called “food freedom” bill—also often called “food sovereignty” bills—to successfully make its way into state law in the U.S.: the first one was signed in Wyoming in 2015, and the second in North Dakota this past April. A wide range of regulations can fall under the term food freedom, including cottage food laws that allow home cooks to sell their products to the public or donate rescued food without fear of liability. But food freedom proponents are hailing Maine’s new law as a groundbreaking win, and one they hope is emblematic of the future success of their movement.

The new Maine law is the first to allow municipalities to enforce their own food regulations. In each town or city that passes an ordinance, farmers can now sell their products directly to consumers. But, by potentially bypassing state and federal licensing and inspections that pertain to foods like raw milk, some food safety experts are concerned that the new law may sidestep important food safety precautions.

The effort to pass the bill was spearheaded by Betsy Garrold, president of the board of the nonprofit farmers’ advocacy organization Food for Maine’s Future. “We see [food freedom] as necessary to protecting traditional foodways in Maine, which have been the backbone of the local economy forever,” she said. That economy became threatened in 2009, says Garrold, when the U.S. Department of Agriculture (USDA) “started beefing up its regulatory muscle nationwide. They suddenly came down the driveway and said, ‘You can no longer have a farm store on your farm,’” Garrold said. The USDA’s crackdown was followed in 2011 by the passage of the Food Safety Modernization Act (FSMA), the most significant effort to change food safety laws in the last 70 years. Critics like Garrold saw FSMA as part of a governmental bid to make raw milk sales illegal.

Originally, Garrold set her sights on changing regulations for the entirety of Maine—this would have put it in line with Wyoming and its Food Freedom Act, which allows unlicensed sales from farm to consumer statewide. “We’d get bills through the committees in the House and Senate and on to the governor’s desk, and then he’d veto them,” she said. Despite broad-based bipartisan support, “we were losing,” she said.

Instead, Garrold and her fellow advocates turned their attention to the task of helping towns and cities to pass their own ordinances. By 2017, 20 had done so, and three others signaled their interest in hyper-localized food freedom by passing resolutions in support of it.

According to Elizabeth Rich, president of the Farm-to-Consumer Legal Defense Fund (FTCLDF), which provided financial backing to the Maine endeavor, the ordinances were possibly unenforceable because they contradicted state law. But they provided evidence of a bubbling resentment of regulation among both what she says are financially burdened small farmers and consumers who prefer, for a host of reasons, to shop or trade with their neighbors.

Most people became aware of “food freedom” in the early aughts, when the Weston A. Price Foundation began promoting the health benefits of raw milk (that organization’s president, Sally Fallon Morell, provided the seed money for the FTCLDF, according to Rich). The movement has since attracted supporters from widely divergent ends of the political spectrum—including in Maine.

The state’s Farm Bureau, which had previously come out against the ordinances, “backed off and became neutral” during the most recent hearings in the House and Senate, said Garrold. Another group, the Maine Municipal Association, reversed its opposition and testified in favor of the ordinances. And state senator Troy Jackson (D), who chairs Maine’s ag committee and had challenged the wisdom of food freedom, changed his mind and decided to throw his weight behind the bill.

Jackson had originally gone into committee hearings with safety concerns—a common point of pushback against these bills. But as he listened to testimony, his views shifted: “Like they do with Big Pharma and Big Oil, [government] sometimes protects the big dog, and that’s what I saw more and more with food sovereignty,” he said. “As time went on, I felt I was on the wrong side of the issue.”

Meanwhile, farmers around the country—particularly produce growers and those processing food on their farms—are working to comply with the new FSMA rules, and many of the farmers Gerrold hoped to shield from federal regulation are—perhaps ironically—exempt from the new rules because they run small operations.

In the case of processed food, only businesses averaging more than $1 million in annual sales and employing more than 500 people will have to comply with FSMA rules, for instance. But Roger Noonan, President of the New England Farmers Union, said Maine will still likely figure out a way to satisfy both the FDA regulations and the food-freedom advocates among the state’s larger producers. How the state will achieve that, though, remains an “open question,” according to Noonan.

Rich and other food freedom supporters say they are advocates for governmental food safety oversight, but only where they see that it’s strictly necessary. The real place for it, Rich maintains, is in the supermarket, “When you go in to purchase a gallon of milk that came from a factory farm. That’s potentially dangerous stuff,” she said. “But [regulating] transactions between informed, consenting adults, when people know their farmer—that’s no role for government.”

Bill Marler, a prominent food safety lawyer and managing partner of Marler Clark in Seattle, dismisses the idea that regulation is unnecessary. “I’ve certainly seen a number of cases where small producers have poisoned their consumers; those statistics are just harder to track,” he said.

Nevertheless, he makes a distinction between what he calls high-risk products such as raw milk, sprouts, and unpasteurized juice—which he says need to be regulated no matter who produces them—and low-risk produce that consumers can simply wash and/or cook in order to render safe to eat. “The real issue, for me, is that people need to understand the product they’re selling or purchasing and its risk profile,” said Marler. “Bacteria and viruses don’t give a heck if you’re Nestlé or Farmer Bob; the rules of safety apply no matter what.”

Stepping Up the Food Freedom Fight

Fortified by the wins in Maine and North Dakota, Rich’s organization is now circling back to work on food freedom laws in Illinois, Mississippi, South Dakota, Utah, and Virginia (all of which attempted, and failed, to pass legislation in the past year). “I’m definitely starting to see more of a push for these kinds of laws,” she said. “We’re on the brink of a huge groundswell of awareness of these issues.

For her part, Garrold, though bolstered by the bill’s success, is now holding her breath, waiting to see what, if anything, the federal government will do to try to overturn the law. “We’ve definitely gotten their attention,” she said, “We’re just waiting for the other shoe to drop.”