From reducing waste to amending soil, fungi might be a farmer’s new best friend. 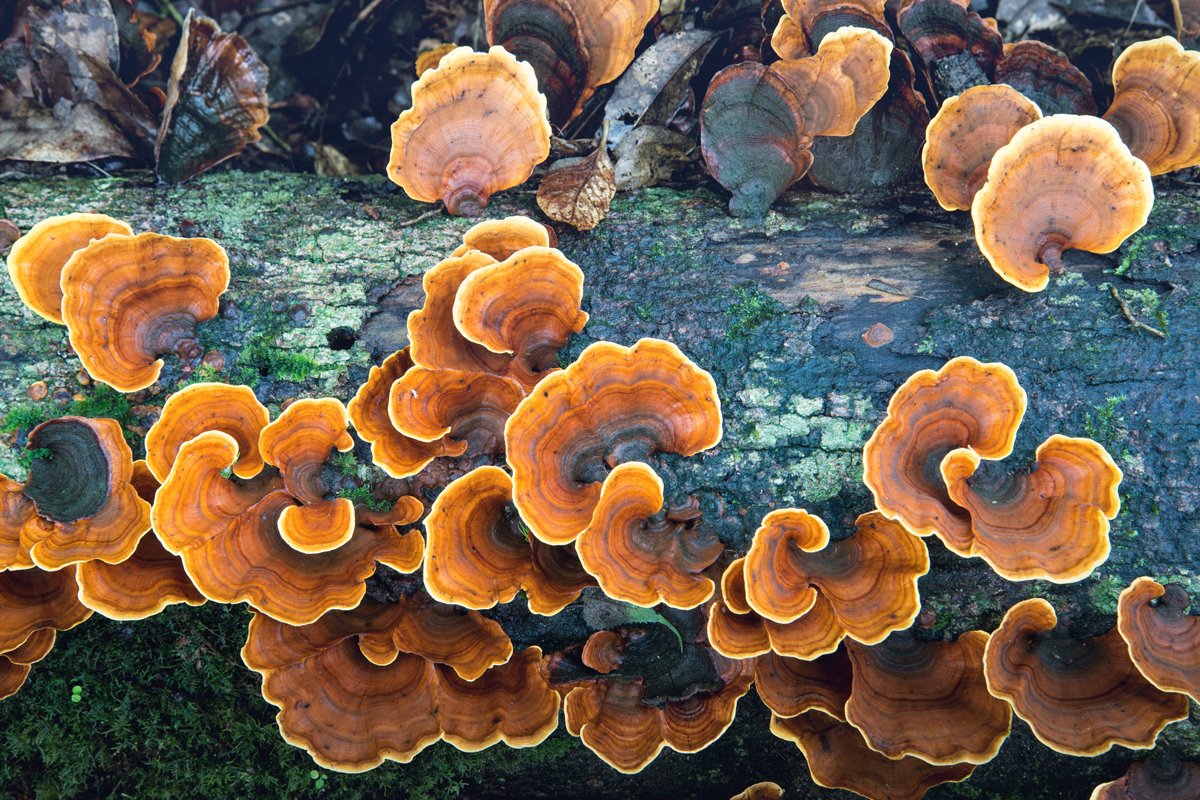 It’s a lot easier to grow mushrooms today than it ever has been. For decades, most of the mushrooms we ate came from giant farms using lab-based cultivation practices that required expensive equipment and demanding degrees of precision. In recent years, however, small farmers and home growers have had access to more accessible and efficient practices—and they’re helping to spread those practices by sharing them online.

Most farms produce tons of agricultural waste that is often burned or composted. But as nature’s great recyclers, fungi are able to break down nearly any carbon-based material, from woody trees to industrial pollutants. Multiple commercial mushroom species have been shown to grow on over 200 agricultural residues, including corncobs, bamboo shoots, potato leaves, soybean hulls, and peanut shells. Rather than placing all the value on the seed or fruit of a given crop, farmers could start to see that the other 80 to 90 percent of the plant as food for another crop entirely: edible and medicinal mushrooms.

Though mushrooms can be grown year-round, it’s especially ideal to grow them during the winter months when other local foods are only minimally available in most of the U.S. Not only is this a time when farmers are looking for a bump in revenue, it’s also perfect for growing mushrooms, as the cooler temperatures and higher humidity levels are ideal growing conditions. Their growing cycles take 1 to 3 months, depending on the species, allowing farmers to time their mushroom crops around their harvest season. Mushrooms can be also be grown indoors with minimum infrastructural investment during the summer months between planting and harvesting vegetable crops.

Cultivated varieties such as Shiitake and oyster mushrooms provide many nutrients that other vegetables are low in or lack entirely. Most mushrooms species are high in various B vitamins, while others contain an abundance of vitamin C. All mushrooms have ergosterol—a compound called a vitamin D precursor—in their cell walls. When fresh or dried mushrooms are placed in direct sunlight, this compound naturally converts to vitamin D, often to significant levels within just a few hours.

Mushrooms are also an excellent source of macronutrients like calcium, magnesium, sodium, potassium, and phosphorus, as well as the microelements copper, iron, selenium, manganese, and zinc. Unlike many health supplements, the minerals in mushrooms are often found in an ionic form that is easy for the body to assimilate. Mushrooms are also one of the few organic sources of germanium and selenium, elements that have been shown to increase resistance to diseases and combat harmful free radicals. When fresh, mushrooms contain around 3.5 to 4 percent protein and around 19 to 35 percent when dried. Many mushrooms contain all of the essential amino acids, with some species being among the highest natural sources of lysine.

Beyond their nutritional value, mushrooms are also highly regarded for their medicinal value. Cultivated mushrooms such as Reishi and Turkey Tail have also been found to stimulate and support immune function.

Once mushrooms have been harvested, the protein- and vitamin-rich fermented agricultural waste they grew on can be fed to ruminants and other farm animals. Many studies have shown that chickens, fish, lambs, cattle, and other farm animals all benefit from eating mushrooms and their mycelium. Researchers found that these animals showed significant improvements in overall health, digestion, and disease resistance. When medicinal Cordyceps mushrooms are fed to chickens, some of the medicinal compounds in the mushroom can also pass into the animal’s eggs, suggesting the future production of many novel medicinal mushroom-egg-based products.

Another use for cultivation leftovers is as a soil amendment. Some nurseries sell commercial mushroom compost, which is nothing more than the residues of the Portobello mushroom industry. The homemade version offers the same benefits, such as increased water holding capacity and nutrient availability. Most mushroom growers don’t use this “waste.” So even if you don’t grow mushrooms, you might be able to get some of these leftovers (known in the trade as “spent spawn”) for free.

Lastly, mycorrhizal fungi can significantly improve the nutritional quality and overall health of crops. These important fungi connect with the roots of 90 to 95 percent of plants in the world, where they help acquire nutrients the plant roots cannot. This is most notable with phosphorus, which these fungi can make soluble (usable) from clays and rocks or through the digestion of organic matter. As a result, farmers can use significantly less fertilizer and produce the same quantity of food.

These are just a few examples of the many ways fungi can be integrated into modern and future food systems. We have already seen mushroom-growing play a role in creating high-quality foods, healthy soils, and new industries—what else will the mycocultural revolution bring?