Can Sustainability Commitments Get Slavery Out of Seafood? | Civil Eats

Can Sustainability Commitments Get Slavery Out of Seafood? 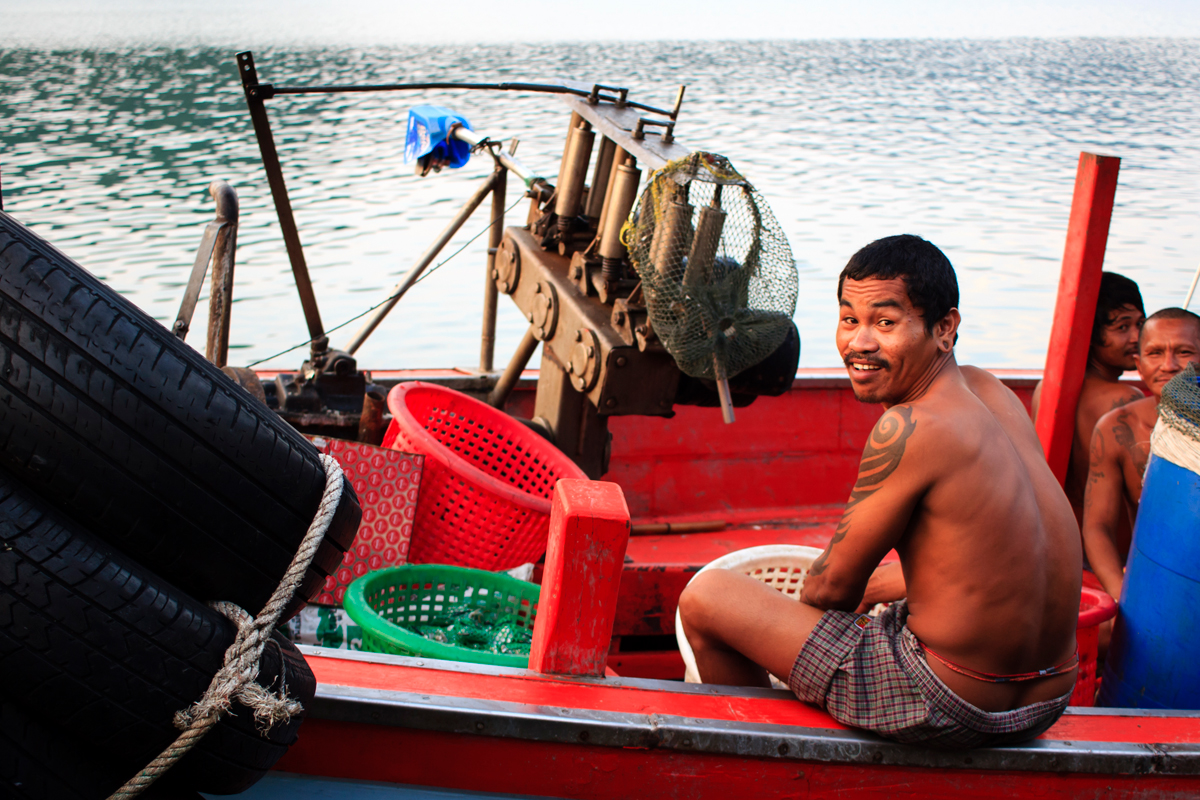 In 2015, more than 2,000 enslaved fishermen were rescued from brutal conditions in the seas around Indonesia. Some had been savagely beaten while others had been kept in cages. Slave labor was found off these fishing boats as well: In one scenario, seafood workers were forced to peel frozen shrimp for 16 hours a day.

Wracked by these and other stories in the Pulitzer Prize-winning series from the Associated Press chronicling slavery, abysmal working conditions, and restricted freedoms, the extent of the abuse was shocking given the seafood industry’s recent global focus on environmental sustainability. However, existing seafood labels—most notably, the blue Marine Steward Council label—focus almost exclusively on the management and environmental impact of fisheries. These traceability standards largely neglect workforce concerns.

Over the last year, members of social responsibility and environmental non-governmental organizations met with leading academics and business leaders to hash out key elements necessary to achieve socially responsible seafood. The primary objectives—protecting human rights, ensuring equitable production, and improving food security for resource-dependent communities—were detailed at the beginning of June in the journal Science.

“It’s not enough to be slavery-free,” said Jack Kittinger, senior director of the Global Fisheries and Aquaculture Program at Conservation International and co-author of the paper. “There are other social issues—notably gender equity and livelihood security—that need to be tackled as well,” he added.

Two dozen businesses—ranging from Santa Monica Seafood to Albertsons grocery stores, the largest national chain on board—have so far signed on to the resulting social responsibility framework, announced in June at both the SeaWeb Seafood Summit in Seattle and the United Nations Ocean Conference in New York City. The framework, rooted in existing international laws and policies, will use science to develop industry-wide standards to protect vulnerable human populations, establish socially responsible best practices, and instill tough assessment protocols.

At the U.N. meeting, another initiative included social responsibility commitments. The Seafood Business for Ocean Stewardship launched with eight of the world’s largest seafood companies—including Cargill and Marine Harvest—committed to reducing illegal, unreported, and unregulated fishing in their supply chains. Kittinger says the two initiatives will work together to bring about change throughout the fishing industry.

[Update: In addition to voluntary commitments like these, traditional campaigns by advocates are also having an impact on the seafood industry. On July 11, seafood giant Thai Union, owner of Chicken of the Sea and other brands, committed to a number of human-rights, animal-welfare, and environmental protections in the wake of a two-year campaign by Greenpeace against the company.]

It’s a massive undertaking. Seafood is the most-traded food commodity in the world. And many fish stocks, particularly in developing nations, are overfished. Yet, by 2030, the oceans will need to produce 150 million metric tons of seafood—increasingly from aquaculture operations—to satisfy demand.

A 2015 report demonstrated that most of the major North American and European retailers—representing more than 80 percent of consumer sales—have committed to environmentally sustainable seafood. “Everybody was so focused on the environment, they forgot about the human element,” said Adam Baske, Policy & Outreach Director for the International Pole & Line Foundation (IPNLF), an NGO focused on supporting coastal tuna fishing communities.

“There’s more attention to the links between ocean, humans, and fisheries than ever before,” said Baske, who was awarded the Seafood Champion Award for Advocacy for IPNLF’s efforts to reform Indian Ocean tuna-fisheries management.

“The challenge is how to implement these commitments,” said Baske. “One country can’t do this alone. It’s up to seafood buyers and retailers to say, ‘these issues are critical to us.’”

In total, 32 businesses have so far signed on to social responsibility commitments. “It’s a small, but important, piece of what’s needed,” said Dick Jones, president and CEO of Ocean Outcomes, a Portland, Oregon-based nonprofit working toward more sustainable fishery and aquaculture operations. “It’s critical to have people respected in industry give voice to these issues,” he added.

Jones, formerly the global seafood coordinator for Whole Foods Market, says that while grocery stores will likely sign on in support of the commitments, most do not directly import seafood, relying instead on importers, brokers, and distributors, often without much connection to the fishery or farms where the seafood is being produced.

Realizing changes within fisheries or seafood farms will take time, says Jones. But, he added, the more companies that sign on to these pledges, the easier it will be. “The challenge is the seafood industry is extremely fragmented,” said Jones. As well, “seafood is a reactive industry—whether it’s concerns about mercury, antibiotics, or import tariffs,” he said. But these socially responsible frameworks provide a proactive path.

(In another effort to improve the global seafood industry, three U.S. representatives this week introduced legislation that would require seafood sellers to certify what type of fish is being sold and where it was caught or raised, to eliminate seafood fraud.)

Some, like Natalie Webster, began forging that path long ago. In 2004, Webster was a co-founder of two companies—a nonprofit called American Albacore alongside her for-profit, American Tuna, both based in Bonita, California—with goals to support the families behind artisanal, historical fisheries because, she says, it was the right thing to do.

With so many different players with varied agendas, the goal, as Webster sees it, is to establish a direct chain of custody between the fishermen, their harvest and consumers so that there is more transparency, she adds.

“Consumers can vote with their wallet, but it’s hard when you don’t know who you are voting for,” said Kittinger. It may take a few years for retailers to vet their full lines of seafood, but consumers can increasingly find companies that care about these issues. “I hope the businesses that are early adopters, the first to provide comprehensive hook-to-plate traceability, will be rewarded.”