Will the Amazon-Whole Foods Deal Mean Better Food for All? | Civil Eats

Will the Amazon-Whole Foods Deal Mean Better Food for All? 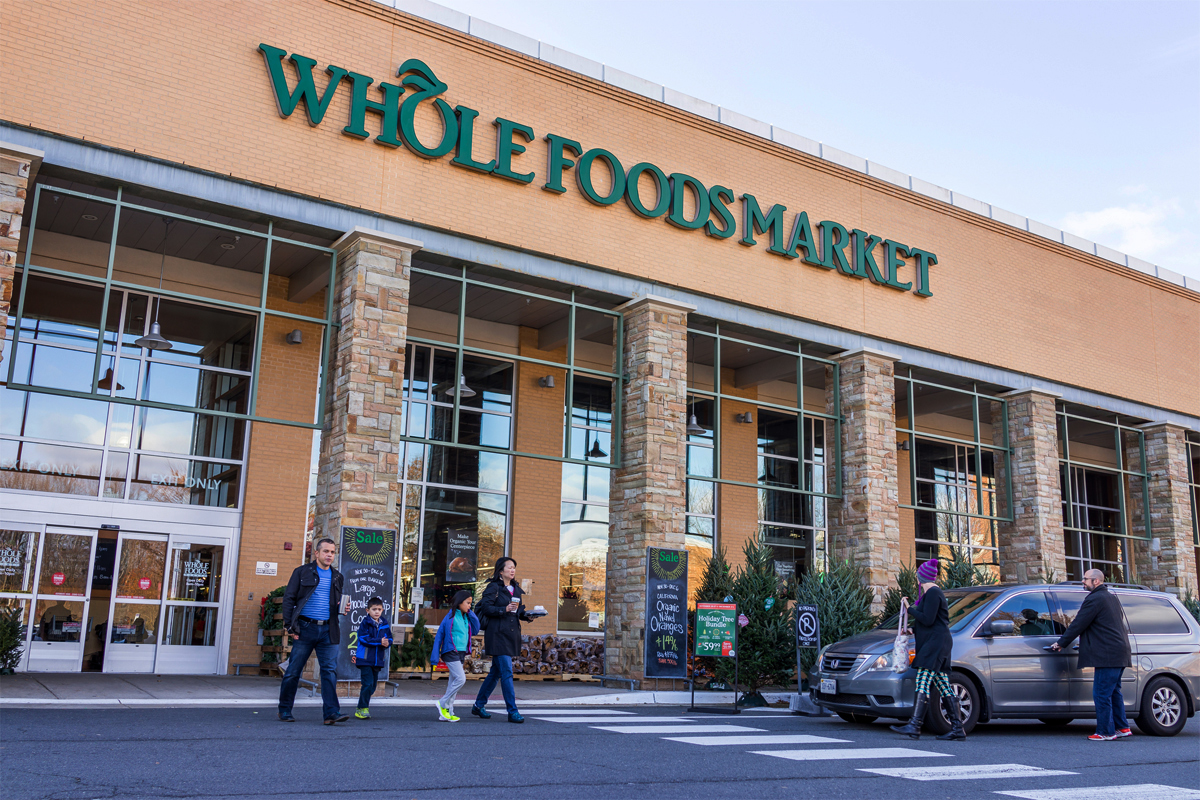 But for many, this is a huge deal—and dead serious. If it happens—and there are at least a few observers and a congressman who think the merger may violate antitrust laws—Amazon’s move into the grocery marketplace signals that the giant appears poised to realign consumer habits around how we buy quinoa, cereal, and meat in precisely the same way it changed the way we buy books, clothes, and detergent.

That prospect sent shockwaves through the set-in-its-ways grocery industry, wreaking havoc on the stocks of brick-and-mortar food retailers like Walmart, Target, and Kroger. (Kroger saw its stocks plummet an unbelievable 28 percent Thursday and Friday.)

“This is the first step to changing just how society shops for food in general,” says Mike Lee, a product consultant and founder of The Future Market.

And, provided the sale doesn’t face antitrust challenges, a successful merger of the two companies will likely be a mixed bag for the sustainable food movement in America.

Whether it’s a trend or shift that is here to stay, food that is perceived to be better for people and the planet is hot. The Amazon–Whole Foods deal confirms what organic and other natural food sales trends have been showing us for years. According to the Organic Trade Association, Americans spent $43 billion on organic foods in 2016—an increase of more than eight percent over the previous year. And Whole Foods has positioned itself as an alternative to the mainstream, even as it has worked to reach an increasingly mainstream audience over the last decade. And since the hedge fund Jana Partners upped its stake in Amazon in April, a move like this has been on the horizon.

Several CEOs of natural and organic brands—even the companies’ direct competitors—said the merger validated their core principles, as they double-down on differentiating themselves.

Bentley Hall, CEO of online grocery-delivery service Good Eggs, shared an internal memo that includes the sentiment “The game is on and I am honestly excited and honored to compete against such a worthy new opponent.”

Gunnar Lovelace, co-founder of online food retailer Thrive Market—a retailer selling only organic, non-GMO products online—says his executive team was not in panic mode Friday morning. Instead, he said the company had recommitted to its principles of high-quality food, environmental sustainability, and fair labor standards in a way they feel goes above and beyond Whole Foods.

“That’s a very different value proposition to the consumer who wants value and convenience—but also wants real alignment with doing better in the world,” he says. [Disclosure: The author has in the past worked as a writer for Thrive Market’s blog and has written a feature for Whole Foods Magazine.]

Though the numbers have never been made public, analysts estimate that more than 50 million Americans, from all walks of life, pay for Amazon Prime. By joining forces with an organic grocer like Whole Foods, Amazon is poised to bring natural and organic food directly to more Americans than ever, at prices that could be more competitive with conventional foods. Reports are already surfacing to this effect. Bloomberg is reporting that Amazon wants to shed Whole Foods’ “Whole Paycheck” image and make it more competitive with larger retailers like Walmart. If this happens, affordable organic food could become the rule, rather than the exception—and find its way into more kitchens than ever.

The ability for low-income Americans to use supplemental nutrition assistance program (SNAP) benefits online could assist this cause immensely. The United States Department of Agriculture is piloting a program, expected to launch in early 2018, allowing SNAP recipients in seven states to use their benefit to buy food online. Amazon is one of the retailers selected for the program.

Chef Alice Waters, a leader in the good food movement, expressed her hope for the merger in a strategically crafted open letter to Bezos on Friday.

“You have an unprecedented opportunity to change our food system overnight: It is time to demand that produce comes from farmers who are taking care of the land, to require meat and seafood to come from operations that are not depleting natural resources, and to support the entrepreneurial endeavors of those American farmers and food makers who do not enjoy federal subsidies,” she wrote.

“It’s time to do the right thing for our country, our farmers, and our planet,” she continued. “And we’re all here to help you do it!”

Of course, by essentially asking Amazon to bring its standards up, however, Waters’ goal may be at odds with the idea of bringing prices of this kind of food down for consumers.

If an Amazon–Whole Foods deal is allowed to go through, every food retailer—big-box stores, online retailers, and even farmers’ markets—will feel the crunch, says Future Market’s Lee. Meal-kit delivery services like Blue Apron and Plated could suffer the most in the short term. Swallowing up lifestyle services like these would be easy pickings for the new grocery behemoth, Lee says, given Whole Foods’ access to quality food and Amazon’s logistics prowess.

According to Barry C. Lynn, Director of the Open Markets Program at New America, that’s too much power for one corporation. Lynn’s organization condemned the deal Friday, calling it anti-competitive and asking regulators to reject the merger.

“This private corporation already dominates every corner of online commerce, and uses its power to set terms and prices for many of the most important products Americans buy or sell to one another,” Lynn said in a statement. “Now Amazon is exploiting that advantage to take over physical retail.”

While he does think anti-trust regulators must be vigilant, Parke Wilde, associate professor at the Friedman School of Nutrition Science and Policy at Tufts University, suggested the combined company is unlikely to be able to control prices as a monopolist does. In a healthy food system, he says, smaller farms and retailers would play a growing role, and he has mixed feelings about a merger of major corporations.

“We should never forget that these are big corporations, pursuing their own profits foremost, but I still see some potential in a merger of Amazon and Whole Foods,” Parke said.

For others, the deal could create a labor war. Bloomberg reported over the weekend that Amazon may be planning to lay off Whole Foods cashiers and replace them with machines. But beyond in-store employees, Michele Simon, the executive director of the Plant-Based Foods Association and author of Appetite for Profit, worries “about the additional pressures being placed on farmers and food manufacturers to lower prices” at a time when most of our food prices are not reflective of their true cost.

“The driving down of food prices could come at a cost to farmers and every worker throughout the supply chain,” she told Civil Eats.

And even as demand for organic food increases in America, less than 1 percent of domestic fields are certified organic—and when domestic demand outstrips domestic supply, the practices that underlie USDA Organic-certified foods are sometimes put at risk. Expanding the supply of U.S.-grown organic foods is hampered by federal incentives that give the upper hand to conventionally grown food. So even if tens of millions more Americans begin to demand more humane and environmentally friendly food, the supply—at least here in the U.S.—will likely fall short.

“We still need a host of policy reforms to fix this problem,” Simon said. “Will Amazon and Whole Foods join us in that effort? I hope so.”