Beyond Meatless Mondays: 5 Ways to Get More Plant-Based Food on American Plates 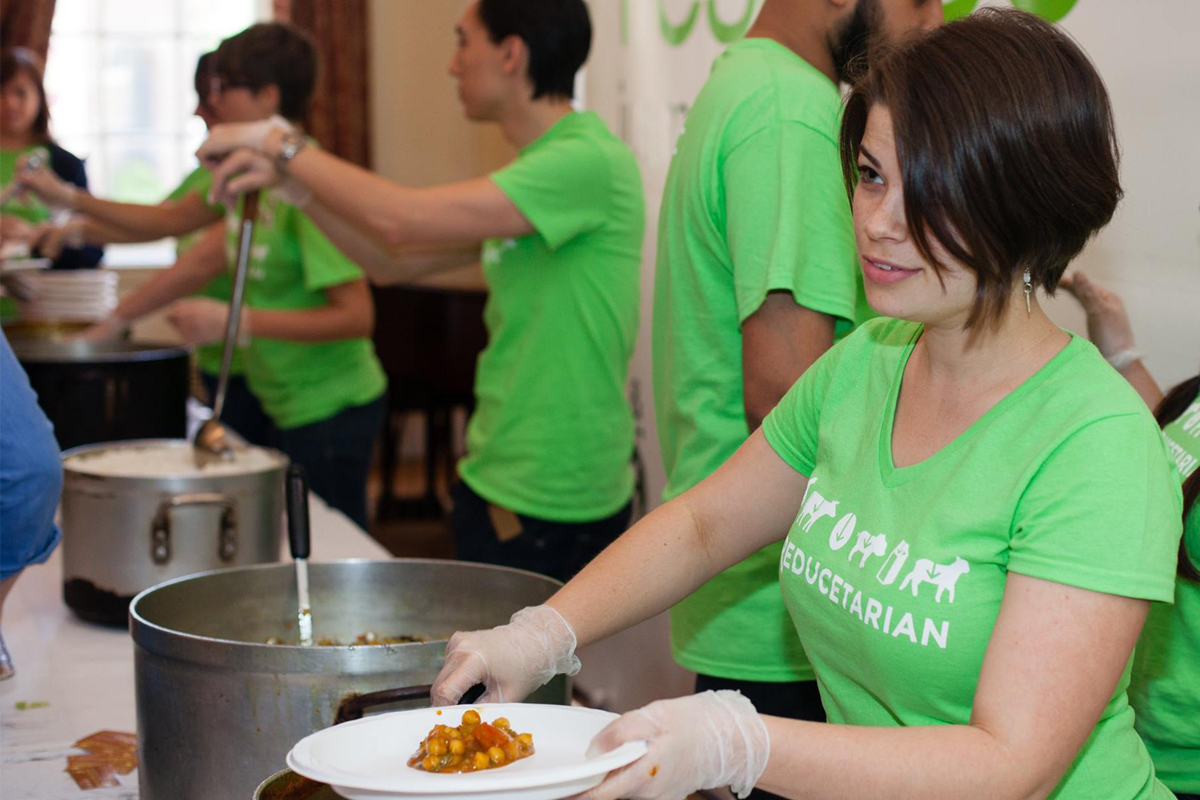 Arguments for eating less meat (or none at all) have long been waged along health and ethical lines, bringing together nutritionists and animal rights activists. Growing concern about climate change has lately folded environmental arguments into the mix.

For some people, going full-on vegan is a no-brainer for a healthy and sustainable future. For many others, decisions about eating meat—how much, how often, and what kind—are more nuanced. Late last month, several dozen chefs, policy wonks, entrepreneurs, scientists, and money mavens gathered for a summit at New York University to discuss ways to achieve a “reducetarian” solution, a gradual drawdown of meat consumption that might add up to lasting benefits for humans, animals, and the planet.

With diverse perspectives about eating meat abounding, participants at the summit acknowledged the challenge in finding workable solutions. They also emphasized that, while there’s no quick fix or silver bullet for preserving the health of living things and our environment, the five strategies outlined below—undertaken both separately and collectively—will help build on the progress that’s been made in reducing meat consumption since the 1970s.

“No company will move without pressure,” said Green Century shareholder advocate Marissa LaFave. Investors, she said, are “shifting the food ecosystem by giving large companies the opportunity to move” on worthwhile transactions, which leads to what she calls an “almost immediate movement among the competition.” In turn, she added, this creates a more open market for newer, smaller, more veg-focused companies.

Giving the people who prepare food in restaurants, schools, and company cafeterias more tools for making plant-based foods taste delicious to a broad range of palates has ripple effects.

Jonathan Cetnarski is president of the Natural Gourmet Institute, a cooking school in New York City that trains chefs to cook without meat and dairy. Some of his graduates have gone on to teach in the Wellness in the Schools food-education program offered to public school children in four states.

“Employing chefs who are trained in plant-based nutrition, sourcing, and culinary techniques improves the chances of teaching communities the importance of eating a plant-rich diet,” said Cetnarski. “This is especially true when it comes to educating children.”

Meanwhile, Google’s food services manager for the Americas, Kim Huskey, has been exploring ways to offer more veg-based choices to employees and guests. “We spend a lot of time thinking about how to support plant-based diets and nudge them forward,” said Huskey.

The Google food team prepares 175,000 meals in 56 countries every day, and if even a small percentage of those meals are meatless, the numbers will quickly add up. It’s all in the interest of managing the wellness of the Google community. But when one of the nation’s leading tech companies changes its menu, other companies take notice. The company’s food partners, “have other clients, and they always want to know what’s going on at Google,” said Huskey.

3. Get Food-Service Companies on Board.

“Doctors tell their patients to eat less meat,” said Arlin Wasserman of food consulting firm Changing Tastes during his panel at the summit. “But they don’t know how to get them there.”

Enter the food service companies that provide cafeteria ingredients to hospitals. Some of them, like Compass Group North America, the North American division of the global food-service company Compass Point, are already working with veg-only partners such as Beyond Meat and Hampton Creek (of eggless Just Mayo fame) to reduce animal products on its menus. And others are also helping nutritionists at hospitals come up with dietary plans that doctors coach patients on before they’re discharged. This provides patients with more plant-based foods while under care, and also educates them about healthier options they can seek out for themselves once they’re back at home.

Policy change is also crucial to driving down meat demand or making substitutes available. “It’s great to encourage individual choices, but we need to push policies that [ensure] those choices are easier to make,” said Paul Shapiro, vice president of policy for the Humane Society. His organization has advocated for Meatless Mondays, a nation-wide program which the Los Angeles public school system implemented in 2013—to the tune of 650,000 meals on any given Monday.

But the success of this kind of policy relies on the food service companies that supply school cafeterias. If meat substitutes are expensive, they can be a tough sell. That’s when policy becomes critical to the equation.

This is sometimes easier on the local level. The Oakland Unified Schools District increased produce purchases and decreased meat and dairy purchases for its school lunch program beginning in 2012, and discovered that the results were beneficial to the planet—and saved them money. Other large-scale institutions—including Los Angeles’s school district—have followed suit with policies that mandate using taxpayer dollars to purchase foods that promote healthy eating and sustainability, as well as boosting local economies.

5. Make it Easy for People to Change.

Nary a panel at the summit concluded without mention of veg-friendly processed foods, especially the Impossible Burger. Todd Boyman of vegan “meat” company Hungry Planet and Monica Klausner of veg meal delivery service Veestro both spoke of the necessity for ease when it comes to encouraging consumers to make meat-related lifestyle changes.

If plant-based foods are going to become the norm for diners, “They have to be easily implemented,” said Klausner. But is a high-end meal service, or a “bleeding” wheat burger, really the miracle plant-based-diet advocates have been waiting for? At $15 (with fries) at Momofuku Nishi, the Impossible Burger is out of financial reach for lower-income diners; a subscription to Veestro yields an average meal cost of around $8 per person (plus shipping), which adds up for a family on a limited budget.

“We won’t be able to go lower until the price of raw materials drops,” said Klausner. Which of course is the cue for lobbyists—although in that realm, policy shifts often seem to happen at a glacial pace. But if the mania for the Impossible Burger is any indication of the public’s enthusiasm for meatless options, it’s obvious that change can happen, even if it’s slow.