Bringing Healing Meals to the Chronically Ill in California 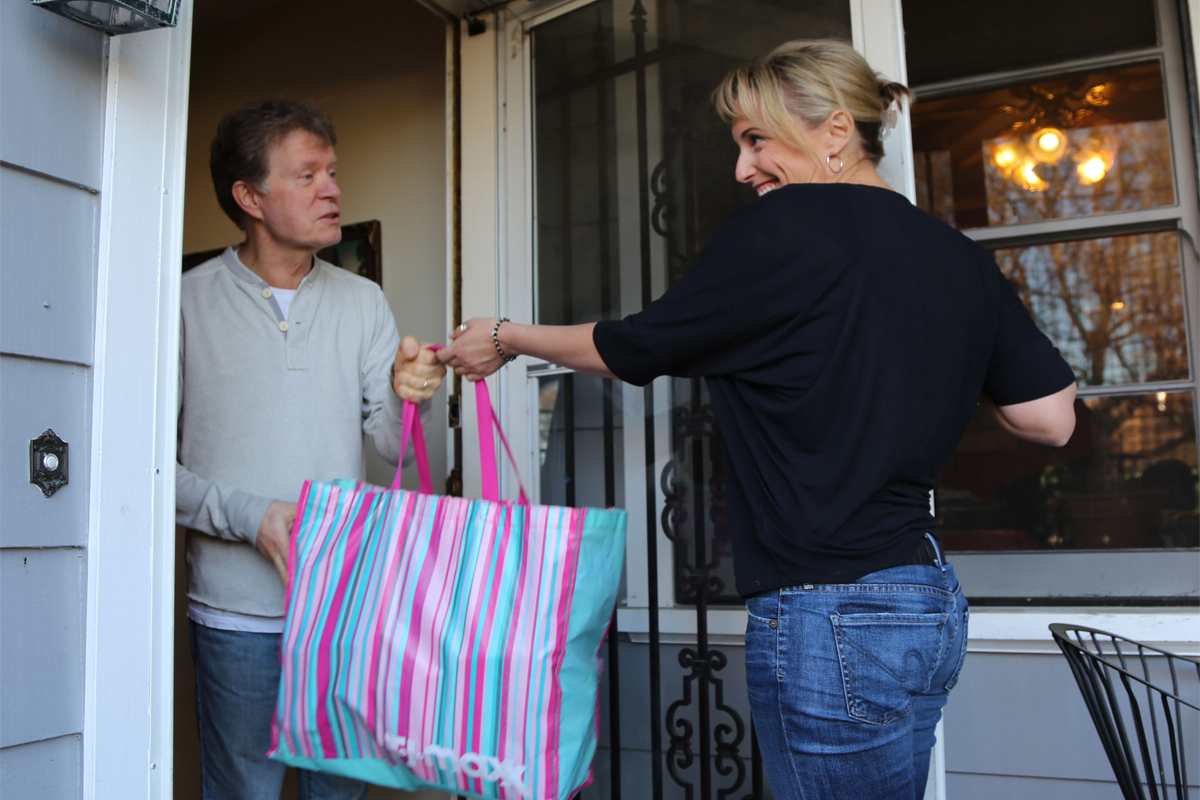 “Food is medicine” has become a common refrain. Now a coalition of California nonprofits hopes to test this theory with a program that would deliver medically tailored meals to the doors of low-income California residents living with heart disease, cancer, and diabetes.

Earlier this year, The California Food is Medicine Coalition, which is made up of six California nonprofits: Ceres Community Project in Santa Rosa, Mama’s Kitchen in San Diego, Project Open Hand in San Francisco, HealthTrust in San Jose, Food for Thought in Sonoma County, and Project Angel Food in Los Angeles—all groups that for the most part started delivering medically tailored meals during the HIV/AIDS crisis and saw the impact on patients’ quality of life—worked with state Senator Mike McGuire to request funding to pilot the program.

“We’re trying to make the case that high-quality nutritional support in the form of a meal-delivery program to meet the nutritional needs of patients with specific illnesses should be considered a medical intervention without which the patient will not do nearly as well,” said Cathryn Couch, executive director of Ceres Project. “This kind of work is being done in other states and we’re behind.”

If the coalition’s request for $9 million in funding over three years is approved, it would be the first multi-organization, multi-county, multi-disease pilot in the country—and it could have a significant impact on healthcare costs and health outcomes.

[Update: On June 27, Governor Jerry Brown signed the state’s budget that included $2 million in funding for the California Food is Medicine Coalition. The groups are determining their research design and plan to launch the program on January 1, 2018.]

Earlier work in Philadelphia, led by the nonprofit MANNA and documented in a 2013 study published in the Journal of Primary Care and Community Health, showed promising results. After delivering three medically tailored meals per day to 65 patients with different chronic illnesses for six months, researchers found that the healthcare costs for those patients dropped from $38,937 per month to $28,183 per month, and were 55 percent lower than the healthcare costs of a comparison group. The frequency of hospital admissions and length of hospital stays also declined.

MANNA, like many members of the Food is Medicine Coalition, started delivering meals to those living with HIV/AIDS in the 1990s. The program expanded over time and, in 2014, thanks to a partnership with local insurer Health Partners Plans, MANNA started tailoring meals for 80 different health conditions ranging from cancer and kidney disease to diabetes and HIV/AIDS.

Preparations are further tailored to specific illnesses. Meals for diabetes patients would have fewer carbohydrates while meals for patients with heart disease would limit sodium and saturated fats. All meals are based around fresh fruits and vegetables, whole grains, and high quality proteins.

Groups also allow for dietary modifications. MANNA, for example, provides pureed meals for those who struggle to chew or swallow, low spice meals, low lactose, and seafood-free meals for those with allergies.

And the Harvard Center for Health Law and Policy Innovation has reported that medically tailored meals help lower blood glucose levels, reduce the number of hospitalizations and ER visits, and increase medication adherence among those with diabetes. Harvard’s study also showed that providing three meals per day for six months costs less than a single night of hospitalization.

The opportunity to improve health outcomes helped MANNA secure partnerships with three insurers. The nonprofit operates out of a new commercial kitchen with 36 staff members and 4,500 active volunteers to deliver meals to roster of 1,000 clients who receive 1 million meals annually.

“There is finally recognition that a prescription diet is just as important as prescription medications,” Daugherty says.

While MANNA secures its funding through a number of channels including contracts with insurers, individual donations, foundations, and corporate giving, the Food is Medicine Coalition hopes to have funding embedded into the state budget and will then allocate resources to patients receiving public health insurance through Medi-Cal, California’s implementation of Medicaid.

The Department of Public Health declined to comment on pending legislation, but a spokesperson said in a statement: “For those individuals diagnosed with chronic disease such as diabetes and heart disease, proper nutrition can be a key component of treatment.”

Couch believes the intervention is critical for supporting patients but admits there are still logistics to work out.

The goal is to have Medi-Cal refer patients to local organizations such as Mama’s Kitchen and Project Open Hand, which can deliver the meals in their respective counties.

As part of the pilot, the coalition will track healthcare utilization and health outcomes before, during, and after the intervention. Couch estimates that a $9 million investment would shave $19 million in healthcare costs during the first year of the program.

“We’re talking about patients who have to decide whether to pay for their medications or their utilities,” Couch says. “This is a population without any food support and the sooner we can demonstrate the positive outcomes to healthcare utilization and insurance costs, the sooner we can show that it makes sense to include medically tailored meal deliveries as an essential health benefit.”

Thanks to their dogged determination, the coalition received good news: In June, members of the state Senate approved $6 million over three years to pilot the program. While the Assembly did not include funding in its budget, the joint Conference Committee on the Budget voted to include the funding in the final budget. The budget is expected to be ratified today, and will go to the governor’s desk soon after. There is still a chance Brown could veto the expenditure, but Couch is hopeful.

“It’s such a small amount of money compared to the overall healthcare budget in California,” she said. “Even if it doesn’t go through this year, we’ll be back in 2018. We’ve come too far to give up now.”