Growing Community and Feeding the Revolution on an Atlanta Urban Farm

Rashid Nuri planted a seed that is blossoming into better food for all. 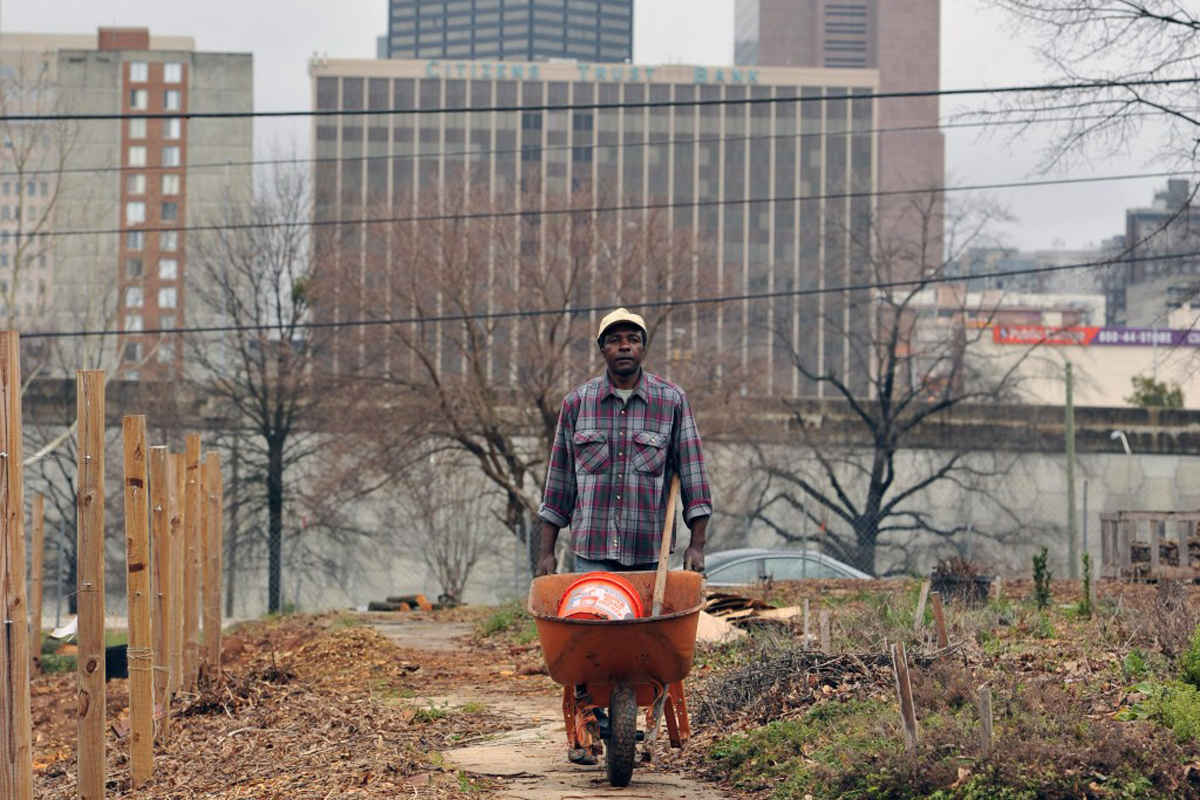 The Georgia red clay does not exist in a vacuum. It nourishes the plants that find their home in its soil, thriving in a compound of nutrients, which in turn help to nurture and nourish those in surrounding communities, cities, and counties. With the right care, in an interdependent system, soil can be life-changing, a seedbed of revival and revolution. 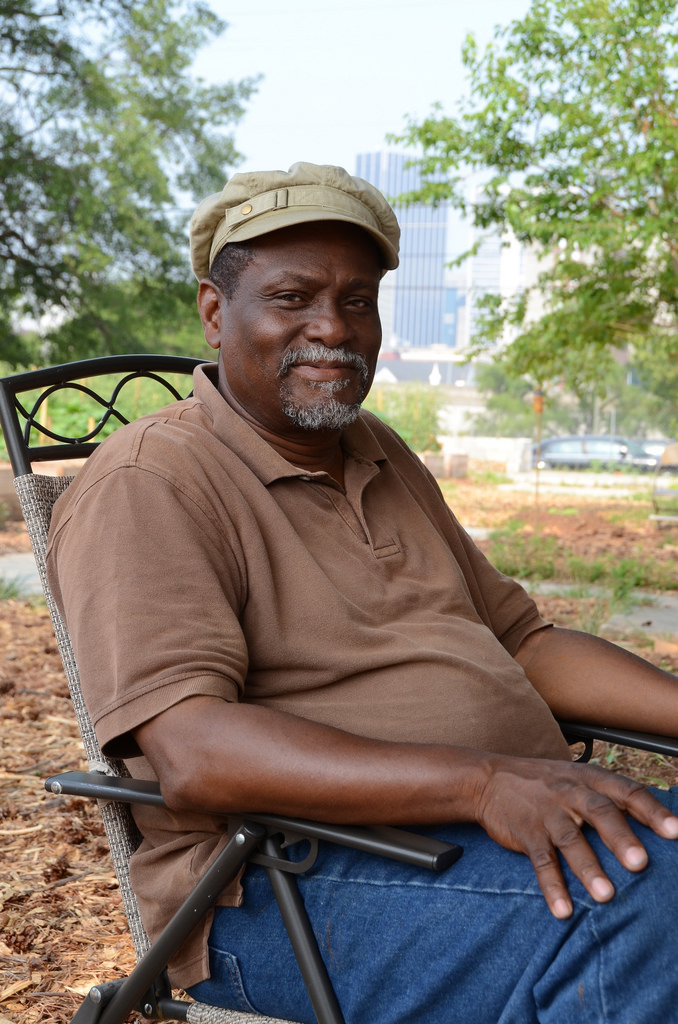 And it’s with this intent that Rashid Nuri and his team of 35 employees have grown Atlanta-based Truly Living Well (TLW) into an education center, summer camp, and urban farm with roots in four communities across the city.

With headquarters in East Point and three other farm sites in Collegetown, Fayettesville and another on Harbin Road, TLW grows 35,000 pounds of sustainable herbs, fruits, and vegetables, selling directly to neighbors and residents around the city at various markets four times per week. Through trainings, tours, and volunteer days, the organization is working to help urban agriculture, people, and communities flourish.

“We grow food, we grow people, we grow community,” said Nuri, who is the founder and CEO of TLW. “We’ve been able to touch a lot of people.”

Programming a Path to Education and Resistance

TLW’s many programs form an intricate system shaped by Nuri’s varied interests and experiences. A Boston native, Nuri attended Harvard University, and later the University of Massachusetts, where he earned a Master’s degree in Plant and Soil Science. During the Clinton Administration, Nuri acted as a deputy administrator for the U.S. Department of Agriculture and senior advisor for the Department of Commerce. Now, he brings a sense of excellence to his work that he sees as in itself revolutionary.

“The Plains [Native Americans] always said that a warrior wants his last battle to be his greatest battle,” Nuri said. “And since you never know when death is going to come, you have to fight every battle as if it’s your last. That’s certainly is how I have approached my work—with integrity and excellence, which I think is the most revolutionary thing Black people can bring.”

TLW’s programs provide interaction and instruction with master urban farmers and inspire children to begin their own food projects and gardens. An Urban Grower boot camp is designed for working adults and students spans four consecutive weekends, while a Young Urban Growers program is specifically for children. This year’s themes include “Farm to Fork Around the World,” and “Science, Math, and Magic in the Garden.”

Connections with school-aged children through urban farming has become a big part of TLW’s work. Last year, it expanded its work in the West End in partnership with M. Agnes Jones Elementary. Through their collaboration, TLW helped expand current STEM curriculum to include garden education. That expanded curriculum in March earned the school a STEM certification from the Georgia Department of Education—the first school in the Atlanta Public School District to do so. TLW has built similar partnerships with two other Boys and Girls Clubs in the area. 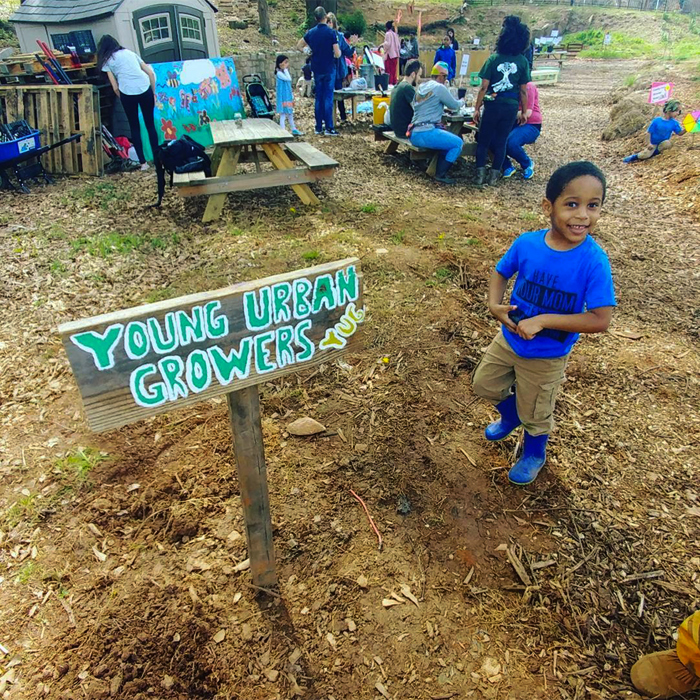 “Truly Living Well has had a major influence on my students understanding the importance of food sustainability, urban agriculture, and healthy eating,” said Margul Woolfolk, principal of M. Agnes Jones Elementary. “It has taken complex concepts and textbook exposure to a higher level.”

In addition to education and inspiration, growing food is the heart and hull of Truly Living Well. And its CSA program offers Atlantans a way to fill their baskets at those farmers’ markets 13 times a year at a discount—$400 per year for a full-share membership and $195 per year for seniors.

TLW’s multiple farm locations compound its impact, with its East Point and Collegetown locations considered food deserts—places where getting junk food and sugary sodas at convenience stores is often easier, and more accessible, than healthier foods.

“Truly Living Well is not shifting the whole supply paradigm for the underserved on the Westside,” she said. “But when we talk about accessibility and being able to get to food, Truly Living Well is knocking it out the ballpark. I think the way the [Collegetown] farm is open to the community and engages with the community through growing, harvesting, tasting, eating and enjoying fellowship around food is a beacon to the neighborhood.”

Nuri also sits on the advisory board for Food Well Alliance, where he has been instrumental in the community-based compost working table, a program that brings together community food experts, entrepreneurs, and educators to fortify local compost for Atlanta gardens and farms.

“Truly Living Well really helps to complete the closed-loop food system by recovering wasted food and organic compost,” De Winter said. “They helped to educate others on how to compost so they can grow more sustainably. We would never be where we are today without their service to our community.”

There are anywhere from 90 community gardens and 300 urban farms in the metro Atlanta alone, de Winter remarked, but most shop at big-box retailers for their compost. Building healthy soil is a crucial component of growing sustainably and even more pressing considering a whopping 40 percent of community gardens reported poor soil health, according to a Food Well Alliance survey.

With many components to his work, Nuri draws on his faith to keep him grounded. He reads and spends time emulating nature for inspiration. As a Black man he sees his commitment to his work, his calling, as revolutionary.

“Too often people think revolution is burning down buildings and tearing up stuff,” he said. “That’s rebellion. And revolution begins when the rebellion ends, when you begin to construct that which you want to see in place of what you tore down. I’m building a society in which I want to see my children and grandchildren live.”