Is Biochar a Game-Changer for Sustainable Farms? | Civil Eats

Is Biochar a Game-Changer for Sustainable Farms?

The jury is still out on the soil amendments, but early field trials suggest that burying charcoal in soil can increase yields, reduce water use, and capture carbon on the farm. 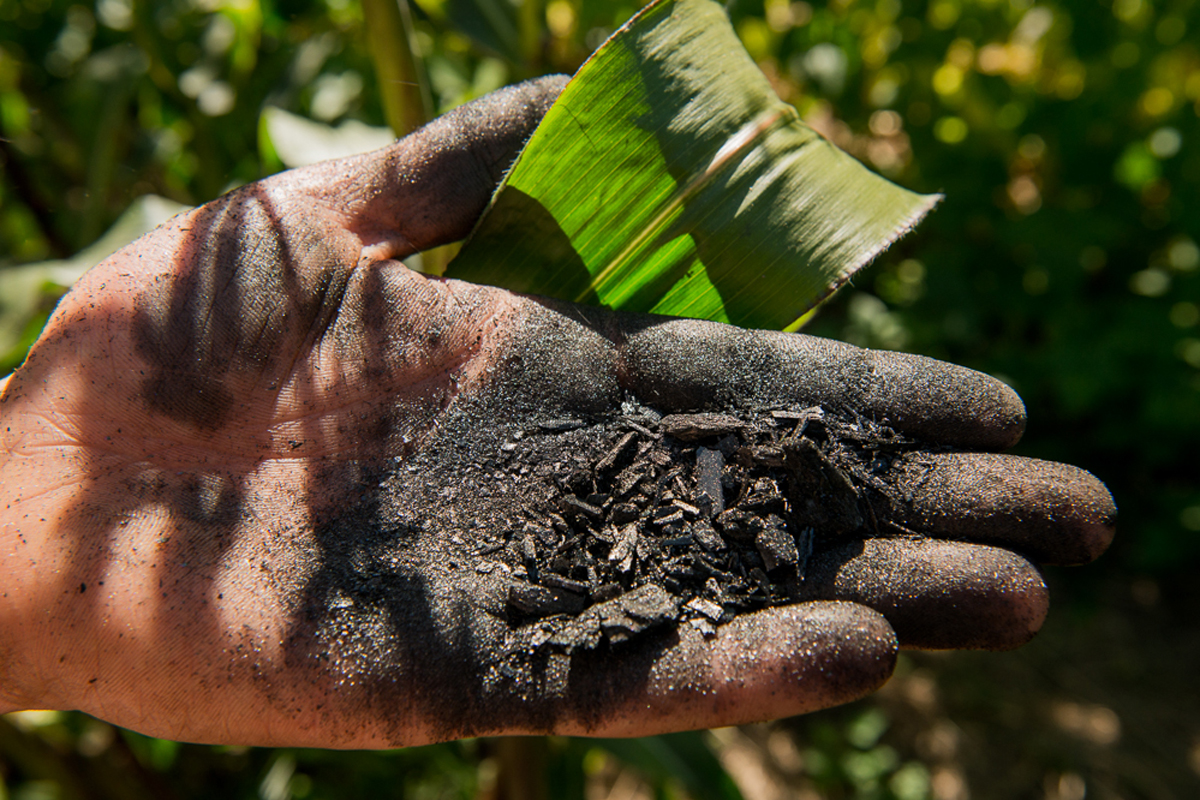 From the citrus fields of Japan to the willow forests of Wales and the cropland of the Amazon Basin, farmers have used biochar—the practice of burying charcoal in soil to improve fertility—for centuries. The practice is said to extend as far back as the 5th Century. Now, this ancient agricultural method is making a comeback, thanks in part to an effort by the Washington-based nonprofit Forage.

Based in the San Juan Islands, the group has united scientists, foresters, and farmers who see soil fertility—and specifically biochar—as an important answer to some of the planet’s most pressing challenges.

Kai Hoffman-Krull, who founded Forage in 2014 and is its CEO, stumbled on charcoal’s soil benefits in 2012 soon after he had cleared the wood from his land on Waldron Island to make way for a house and garden. With almost three acres of freshly cut forest, Krull found himself with a big problem: He had thousands of tons of unmarketable wood scraps scattered across his property. 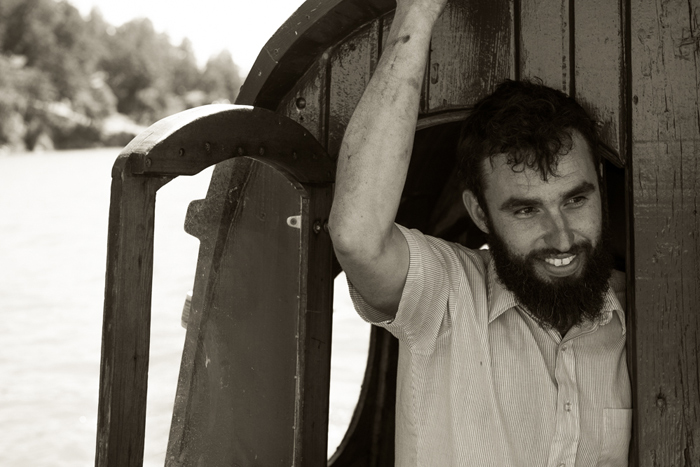 “People on the island were laughing, they were so amused,” recalls Krull. “They were also concerned about where all that biomass was going to go, and wanted to help me find a solution.” While he could’ve used the wood as firewood, his neighbor and lifelong organic farmer Steve Bensel had another idea.

Bensel suggested burning it down to charcoal and adding it to the soil. When carbon-based organic material such as wood is heated under low-oxygen conditions, called pyrolysis, the production process emits much less carbon dioxide. Bensel had already started making small amounts of biochar on his own property and experimenting with applying it to his garden.

Biochar also came under the scientific community’s microscope, after Cornell University professor Johannes Lehmann published research in 2002 that showed how its application had helped shape the famously fertile, greenhouse gas absorbing terra preta soils of the Amazon Basin. That research led to an upsurge in university-funded studies to determine biochar’s effect on soil health.

Intrigued by the preliminary research as well as the blackened evidence of the Coast Salish people’s use of charcoal in the San Juans, Krull jumped headlong into studying biochar. His findings so far have been encouraging.

To expand his research, Krull connected with the director of University of Washington (UW)’s School of Environmental and Forest Sciences (SEFS), professor Tom DeLuca, who studies the effect of biochar in forest ecosystems. This spring marks the beginning of the third growing season in which Krull and SEFS has organized biochar field trials on farms in the San Juans. Under DeLuca’s leadership, UW Ph.D. student Si Gao has spent two years of her graduate program commuting to the islands to take soil samples and help Krull to organize the experiments.

The researchers examined both plain charcoal and “charged biochar,” which is mixed with fertilizer. In 2015, the farmers grew beans. The following year, winter squash. The team found around a 65 percent increase in potentially mineralized nitrogen (the type of that is most available to plants) from the biochar plots when comparison to the control plots. They also saw 160 percent increase in plant available phosphorus, another essential ingredient for plant growth. But that wasn’t all.

Corroborating previous work that shows a 30 percent increase in yield for vegetables and legume crops such as peas and beans when biochar is applied, the San Juan Islands study found in 2016 that the average crop yield of winter squash also increased 30 percent.

Soil that was treated with biochar also held as much as 20 percent more water, creating an opportunity for farmers to use less water on their crops for the same yields. Biochar has a porous structure that was shown to help soil aeration; so whether a drought or a flood year, it can provide benefits.

“It was incredibly exciting to do this research in an actual on-farm setting, outside of a lab environment, and find a series of results that were shown across all these different farms,” said Krull.

Because charcoal is very slow to decompose in soils, it can serve as a tool to sequester carbon. The San Juan Islands study found a 35 to 45 percent jump in total carbon levels for the biochar plots, and that number doubled with the charged biochar. To put this in perspective, Forage’s website cites a previous study from UW that shows that for every pound of biochar put in the soil, almost three pounds of carbon dioxide are kept from the atmosphere.

“The notion of farming in the age of climate change terrifies me,” said Krull. “So we need to find ways to create more resilient, robust, healthy plants that can withstand variation. I really feel like the whole charcoal phenomenon fits so well, because of its well-rounded approach to soil health.”

Gao is more cautious: “We have found some exciting results, but this is just the beginning of understanding what’s happening in this one ecosystem,” she said.

Building Both Sides of the Biochar Market

Despite these exciting results, the reality is that biochar is still a niche product, used by very few farmers.

Forage’s next step is to help strengthen the market for biochar, by providing marketing and branding materials for biochar producers and connecting them with buyers.

The Forage website demonstrates how simple and quick it is to make biochar, and Krull says ideally farmers produce their own biochar for themselves or at least off of their own land. It can be economically unfeasible if they don’t want to make it themselves: Bensel recommends applying 40 cubic yards per acre, once every season; Home Depot currently sells biochar for the hefty price of $27.97 per cubic foot.

“I think biochar has real market applicability,” says Krull. “We think about the stock market, the notion of investing, all the time.” Whereas most farmers add fertilizer and other nutrients to their fields once a year and the plants use it up, he says “char is structuring [soil fertility] more like a mutual fund: you put it on once and then you’re accruing organic matter, biological activity, nutrients. And then that benefit gets to keep maturing and evolving over significant amounts of time.” As a result, Krull says farmers who use biochar will invest much less money in fertilizer over time. 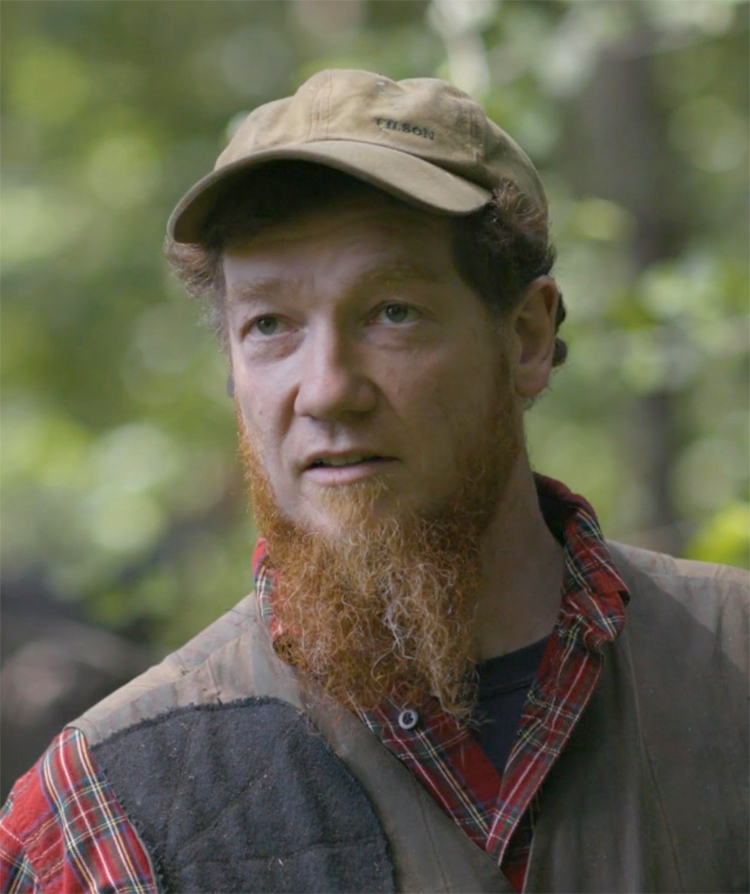 Biochar also presents an intriguing opportunity for foresters. For Carson Beebe Sprenger, based on Waldron Island, the problem Krull originally had with his tons of unmarketable wood arises constantly in Sprenger’s sustainable forestry business, Rain Shadow Consulting. It’s called “slash,” he says, referring to the thin, weak wood, “And it’s a huge problem in forests in Pacific Northwest due to poor forest management over the last century. This woody material needs to be managed to reduce natural forest fires, and the strategy of open burning is not popular.”

To make slash—which is often processed into woodchips—marketable, or at least find a sustainable use for it, Sprenger says, would be significant. He envisions either having his customers pay him to produce biochar for their personal use, or else offering to produce and sell it for them.

However, while Rain Shadow Consulting is currently making biochar, they haven’t had easy access to a market. Krull hopes to help connect interested buyers to find suppliers online, although his next big hurdle is creating a standard price for biochar.

Forage is not alone; they are many organizations across the country experimenting with producing and selling biochar. New England Biochar for example has a similar mission of providing education and selling biochar, and has also developed a system of making the biochar that harnesses the energy produced by the flames and reduces emissions. There are also companies investing in other uses for biochar, such as its capacity to remove heavy metals from stormwater runoff.

Producing biochar is not the difficult part—it’s getting farmers interested. But results like the ones Krull and SEFS have seen in the San Juans may just be the tipping point.

Bensel, who grew up in California’s Central Valley and still visits friends there who are conventional farmers, says, “The role of carbon never used to be discussed, but now even [conventional farmers] are appreciating carbon and talking about it.” He continues: “If they decide they’re interested in that benefit and all the other aspects of biochar, well then this thing takes off.”

This article was updated to correct the name of University of Washington’s School of Environmental and Forest Sciences.