Life on the Farm in the West is Shaped by Water

Tershia D’Elgin’s book 'The Man Who Thought He Owned Water' examines how water defines farming, and is an astute look at how water regulations shape daily life. 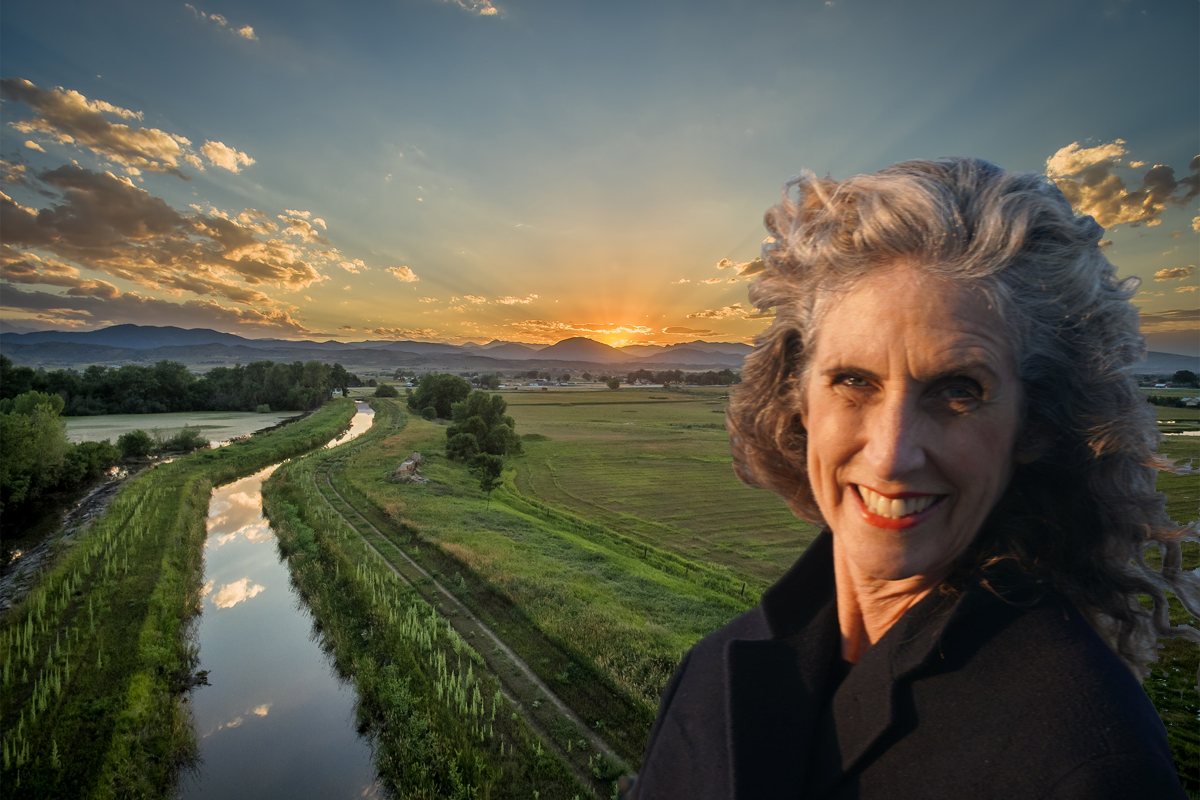 Even after a very rainy winter in California, the state—and much of the West—is still experiencing drought conditions. To call water a complex issue is an understatement.

Tershia D’Elgin has immersed herself in the subject of Western water rights. In her book, The Man Who Thought He Owned Water, the San Diego-based writer and water resources consultant charts the history of her family’s farm, Big Bend Station, on the South Platte River in Colorado through the water it uses. Despite her depth of knowledge of hydrology, biology, law, and policy, D’Elgin approaches the issue as an activist, with a personal connection to the land and a mission to inspire others to think critically about the way water is used in agriculture. 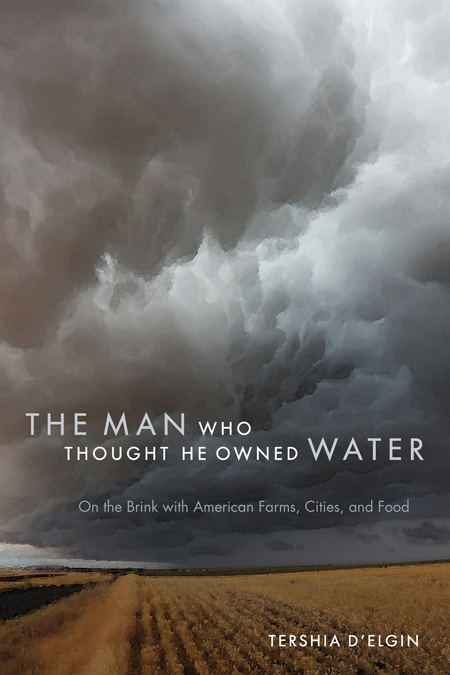 William Eaton Phelps—the title character and D’Elgin’s father—moved his family to the farm in the 1960s. Among its many old structures, a former stagecoach stop built in 1864 became their home as the property grew from 300 acres to more than 1,000 and became a cattle ranch.

D’Elgin introduces meaty concepts about water, its relationship to food and farming, and the central conflict between today’s rural-versus-urban tug-of-wars; and she challenges readers to really think. She also has a strong voice and memorable sense of humor—and both provide helpful counterpoints to her very technical subject matter in this eloquent, well-written memoir. In the book’s introduction, she makes it clear that she hopes to address a range of readers in both rural and urban areas. She writes:

Researching and writing this, then staring at so astronomical a number on paper—ten elephants’ weight worth of corn per hour, which took 66.6 acre-feet of water to grow—I find I can’t blame small farmers and ranchers, not more than myself. The chutes that sort us into rural and urban, into ‘enviro’ and farmer, into progressive and conservative—these chutes are worse than counterproductive. They’re perilous, because each of us can blame someone else and take no responsibility ourselves. No more chutes! Together, we must rally behind healthful, affordable food production right now, because—as you’ll soon read—the additional question of whether water will still be available to grow food is grave and imminent.

She introduces the term thalweg, “the truest, deepest continuous course of a river,” and encourages readers that “this book’s symbolic thalweg will tell you that this acrimony between ag and urban must stop. The city folks and country folk had better realize their interdependence, better get it together.”

The Man Who Thought He Owned Water suggests that our human supposition of ownership and domination over something as essential and powerful as water—evident in Phelps’ lifelong plight on his farm—is ridiculous. D’Elgin grew up under her dad’s strong influence, with his tireless work ethic and high respect for nature and the wild. She explains how those traits came full circle, eventually resulting in this book.

“And yes, the urge [to write] was prompted by watching Big Bend Station with my father, marveling at insects and wildlife drawn to water, and by my own hopes for the future,” she writes.

His care for the land also prompted D’Elgin to work on water issues in her home away from home. “My San Diego neighborhood, supported by water from the Rockies, is underserved, with no parks,” she writes. “On a manic tear, neighbors and I saved a blighted nearby coastal canyon from being paved, raised half a million, mobilized kids to plant native plants, and won a bunch of environmental awards. One upshot was that I began to understand stuff like disenfranchisement, watersheds, water quality, solid conservation, ecology, regulation, and government intransigence. The other upshot was a willingness to question out loud.”

The book offers deep schooling on the Platte River region of Colorado, a hugely productive agricultural region that battles both drought and flooding; its geography, history, and the state’s water law. We learn, as D’Elgin writes, that “the outcome of initial Coloradan arbitrations would eventually determine water law throughout the arid western United States, the fate of American-grown food, and a good measure of the urgency for this book.”

Many of the issues addressed in The Man Who Thought He Owned Water are pertinent in my home state of California, where the Salinas Valley is known as the “salad bowl of the world” and the state has been rocked by a historic drought in recent years. And those early Colorado water laws have certainly set the stage for similar water and ag conflicts happening in California.

D’Elgin’s thorough research can at time feel overwhelming. But even readers who browse this book — taking in the informative sidebars, tables, definitions and graphs— will learn a thing or two about water policy. From information about the Colorado’s Augmentation Plan to artificial recharge ponds to calculating our “Farm Fare” water footprint, nearly every page holds a huge amount of information. You’ll also score the author’s mother’s recipe for her “Signature Iced Tea.”

Readers will also appreciate The Man Who Thought He Owned Water for its storytelling. The memoir might just move you to laugh out loud one minute and ponder your human existence the next. With lovely descriptions, poetic reflection, and absurdly funny, intimate expression, D’Elgin draws you into each fold of this epic family history.

Her writing about the family’s early effort to settle on the farm, for instance, establishes the stakes with lyrical intensity. She writes:

So we moved. Welcoming us was a plague of cutworm moths, millions of them, and they weren’t much smaller than hummingbirds. We timid city folks took refuge inside. During the day, moths snoozed in powdery brown masses on the window screens, as thick as cafe curtains. Once the sun went down, they were unstoppable in their pursuit of light. We moved stealthily between boxes and disarray, keeping the doors closed and lights off. Everything seemed normal enough as long as it remained dark, but with a flick of the switch, the rooms erupted into a frenzied horror, something midway between The Birds and Mothra. Particularly the rooms that gave off to the outdoors were alive with hundreds, make that hundreds and hundreds, of startled moths. This siege went on for days.

After reading this book, one has the sense that D’Elgin could choose any topic and turn it into a story worth telling. The Man Who Thought He Owned Water is all the more powerful because she manages to embed her personal life within the larger story without seeming self-involved. And it’s for this reason that the book’s message about pollution, diminishing natural resources, and overpopulation makes such a strong impression.