'Homeplace Under Fire,’ The new film from Farm Aid, profiles the heroes of 1980s Farm Crisis and sets the stage for the next round of farm losses. 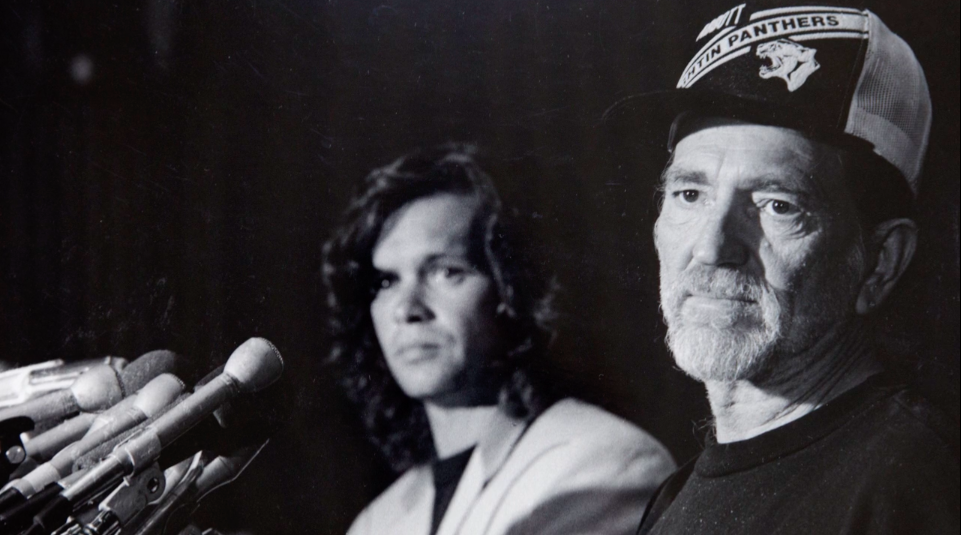 “There’s a home place under fire tonight in the heartland / And the bankers are taking my home and my land from me,” sings Willie Nelson at the close of the new short documentary film, “Homeplace Under Fire,” which premiered last week at Duke University. Nelson wrote the song following the worst of the 1980s farm crisis, giving voice to the tragedy too many farmers experienced as banks and government lenders aggressively, and sometimes illegally, foreclosed on their farms. Well over a quarter of a million farms were lost in the 1980s, and with them went businesses and eventually whole communities, ultimately hollowing out rural America in ways that reverberate decades later.

“Homeplace Under Fire,” directed by Charles D. Thompson, Jr., and produced by Farm Aid, tells the story of the farmer advocates who learned the law and fought the foreclosures, helping an untold number of farmers stay on their land. The film also serves as a blueprint for how to respond to the next farm crisis—which appears to be well on its way.

What Was the Farm Crisis?

The farm crisis was caused by a perfect storm of politics and economics, including a shift in farm policy, a Russian grain embargo, a burst land price bubble and skyrocketing inflation and interest rates. In most rural communities, it seemed to come from nowhere: One minute, land prices were sky high and bankers were pushing farmers to take on ever-larger loans, and the next, those loans were being called in, backed up by foreclosure notices when farmers could not pay.

It was not unlike the 2008 mortgage crisis, says Farm Aid Executive Director Carolyn Mugar in the film. Farmers, “were given opportunities to borrow that were not in line with reality.” When the reality caught up, the consequences were severe. “When a farmer loses the farm,” says Mugar, “it’s not just the farm. They lose their home, and in many cases, hundreds of years of someone living and farming that land.” Those losses took a serious toll: in the 1980s, more than 900 farmers committed suicide in the upper Midwest alone. 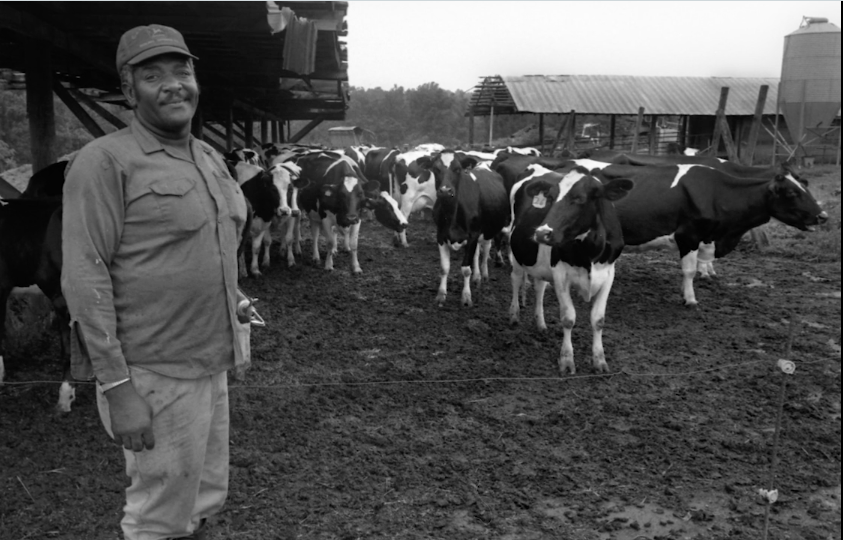 Farm communities were under dire threat, and out of the chaos emerged unlikely heroes. Louisiana farmer Betty Puckett says, “My way of life was being taken away from me … When I found out there were ways to challenge it, I did.” Puckett was one of the many farmers, farm wives, and rural citizens who became farm advocates—ordinary people who saw the stress on their own farms and the changes in their neighbors, and decided to do something.

Some heroes run into burning buildings; the farm advocates taught themselves agricultural credit law. The knowledge gave them power, and the willingness—rare among farmers, especially in the Midwest—to stand up, make waves, and face tough conversations head on. In learning the law, the advocates found irregularities and illegalities in case after case, as it became clear that the Farmers Home Administration, the government’s “lender of last resort” for farmers, had begun pushing farmers out of the business instead.

The situation was worst in the South, where discrimination against Black farmers by local U.S. Department of Agriculture (USDA) offices was rampant; Black land loss during the farm crisis was five times the average. Black farmers were finally awarded $2 billion in a class action lawsuit against USDA in 1999, and the Obama Administration took steps to address the long legacy of discrimination at the agency.

Long before that, advocates like Shirley Sherrod, who was galvanized into the civil rights movement in Georgia after an all-white jury failed to indict the white man who murdered her father, says, “I made sure I knew all the regulations, so I would know them better than the person sitting in that office.” She has used her knowledge to keep farmers on their land across the South ever since.

Willie Nelson and the Origins of Farm Aid

Willie Nelson is also a key figure in this story. In 1985, at the height of the farm crisis, he organized the first Farm Aid concert in Champaign, Illinois, bringing together 50 acts and an audience of 80,000 people in under six weeks. That first concert raised $7 million; Farm Aid celebrated its 30th anniversary last year and has raised $50 million to support independent family farms across the US during that time.

In the film, Executive Director Mugar says that while the fundraising was important—critically so, as many early small grants allowed farmers to buy groceries or pay their electricity bill—the awareness that the so-called “concert for America” raised was just as important. For the first time, farmers felt that their struggles were seen. Ralph Paige, longtime director of the Federation of Southern Cooperatives and a Farm Aid partner, says, “we were in a vacuum,” working to save Black-owned farms in the South. When Farm Aid came on the scene, “it connected us for the first time with other farm organizations.”

Farm Aid and the farm advocate network were important elements of a broad, multiracial, farmer-led movement in response to the crisis. Others in the movement organized protests, penny auctions, and occupations of USDA offices; proposed and passed alternative federal farm policy; campaigned with Jesse Jackson; and directly countered anti-Semitic and white nationalist groups who were using farmers’ devastation to build their own ranks. The farm advocates, in addressing farmers’ immediate needs and saving their farms—and in many cases, their lives—brought people into the movement and moved them to action; many farmers who were helped became advocates themselves. 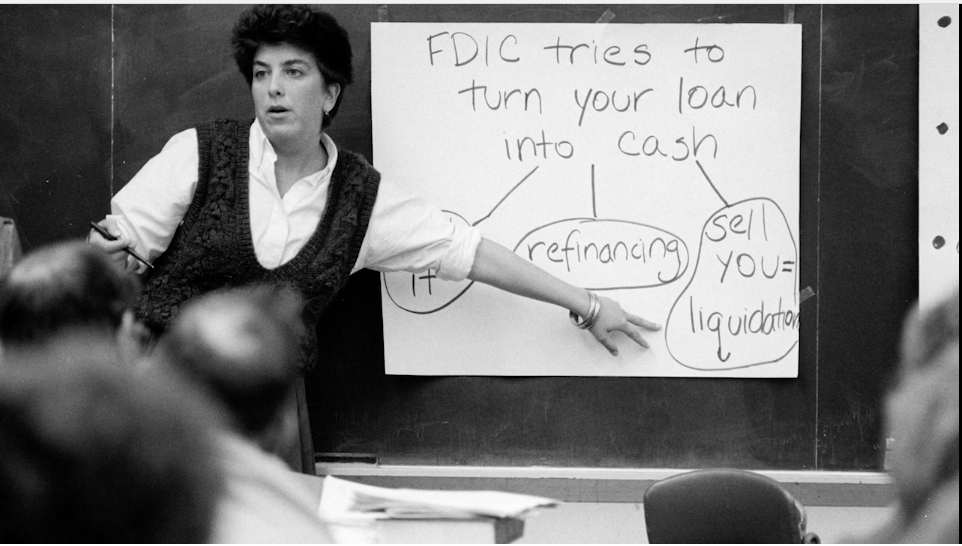 A New Farm Crisis on the Horizon?

Though Homeplace Under Fire is rooted in the 1980s, it could not be more timely. Farm Aid and its partners have begun to warn of another impending farm crisis—perhaps the biggest wave of farm foreclosures since the 1980s. Net farm income fell 45 percent from 2013 to 2016, and the USDA forecasts it to decrease nearly another nine percent in 2017. While costs of production are expected to go down as well, they will not drop to levels low enough to offset the income crash. Further worrying rural advocates, Secretary of Agriculture Sonny Perdue announced last week that he will eliminate the Undersecretary of Rural Development, raising concerns about ongoing federal investment and economic assistance to struggling rural areas.

Meanwhile, Farm Aid has seen a 27 percent increase in calls and emails to its helpline in the last year, including a nearly 40 percent increase in farmers reporting potential or actual bankruptcy and more than a 50 percent increase in reports of problems with the Farm Service Agency, today’s government lending agency. Just last week, National Farmers Union launched an online Farm Crisis Center to provide resources for today’s struggling farmers. As homes and farms are increasingly under fire again in the heartland, Homeplace Under Fire makes it clear that not only do we need a new generation of farmers, we must train and support a new generation of farm advocates to ensure that they’ll be able to stay on the land.

“Homeplace Under Fire” will be shown in rural communities where longtime farm advocates live and work. Later this year fall, it will be made available for screenings at universities and conferences. To bring the film to your community, email homeplace@farmaid.org.

A version of this post originally appeared on Ecocentric. The images are stills from the film.