Why I’m Marching on McDonald’s Today

As a full-time McDonald’s employee, I can’t afford to pay for both medical care and my rent. I’m joining Fight for $15 to make change happen. 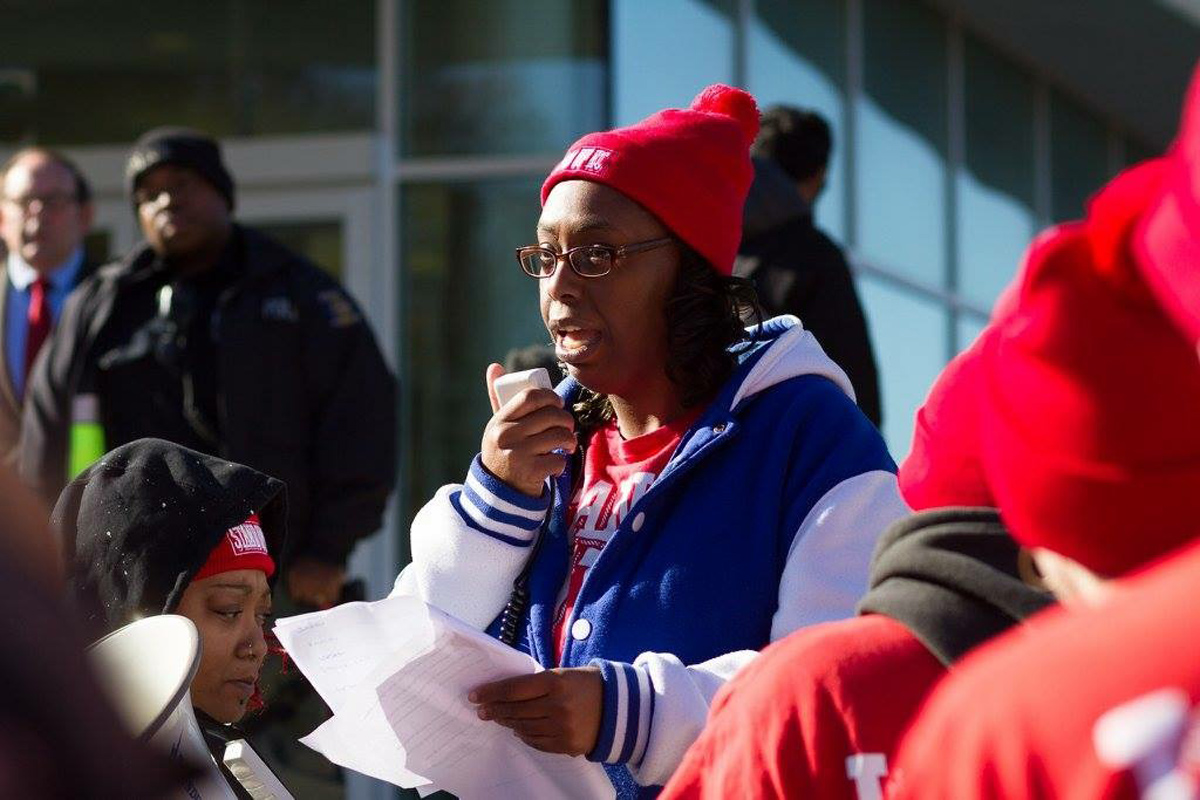 Let me tell you about how a McDonald’s cashier became homeless.

A few months ago, I started bleeding during my shift at the drive thru. I was terrified, and without health insurance, I really couldn’t afford a visit to the hospital. But I was losing too much blood, so my coworkers called an ambulance to rush me to the ER. That day, I was diagnosed with a fibroid condition that will only worsen without surgery.

At McDonald’s, I’m paid just $8.75 an hour. After another episode like this, with medical bills piled high, I fell behind on my rent. I had been working 40 hours a week at McDonald’s, but then my manager cut my hours, thinking I couldn’t handle the work. Suddenly, I was homeless. 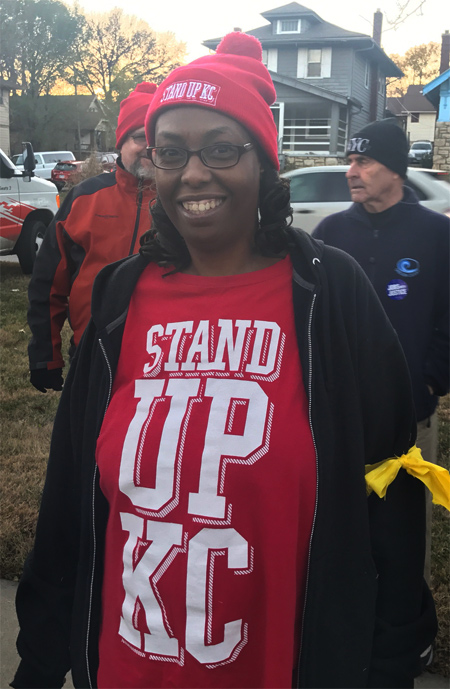 Now, at 43 years old, I’m living with my 24-year-old daughter who has two children of her own to support. Words cannot describe the guilt I feel as a mother having to turn to my child for help.

That’s why today, I took an eight-hour bus ride from my hometown of Kansas City, Missouri to Chicago to join thousands of other underpaid workers to “March on McDonald’s.” And we aren’t alone: thousands of advocates for racial justice, women’s rights, immigrant rights, climate justice, and other leaders in the movement to resist the Trump administration have joined us to demand that McDonald’s use its power and influence to lift up Americans rather than drag us down.

Three years ago, I joined the Fight for $15–the movement for $15 an hour and union rights. Along with other workers in my store I’ve walked off the job and taken the streets to let politicians and corporations alike know that we deserve more. We’ve made historic strides: the Fight for $15 has won $61.5 billion in raises. Our protests even convinced our elected representatives in Kansas City and St. Louis to try to raise the cities’ minimum wages.

But we still have far to go. In both cases in Missouri, lawmakers from Jefferson City swept in and blocked the increase, keeping pay down for thousands of workers in the state. And if you’re like me and sleeping on your daughter’s couch with unpaid medical bills pilling up, a few extra dollars means everything.

As the second largest employer in the world, McDonald’s can step in where our state lawmakers have failed us. If we were paid $15 an hour and our right to join together in a union was recognized, McDonald’s would lift up not just its own employees, but also those at other companies who follow its example. But instead, the company is driving a race to the bottom with low pay, stealing from workers’ paychecks, sexually harassing women, ripping off taxpayers, and firing people for speaking out.

Photos courtesy of Fight for $15.

Kenya Banks, 43 years old, is a mother of two and a grandmother in Kansas City, MO. She works at McDonald’s, where she is paid $8.75 an hour. She has worked her whole life in low-wage jobs, including in fast food, home care, and even a stint packaging dog food. She is currently homeless and is forced to live with her daughter. Read more >