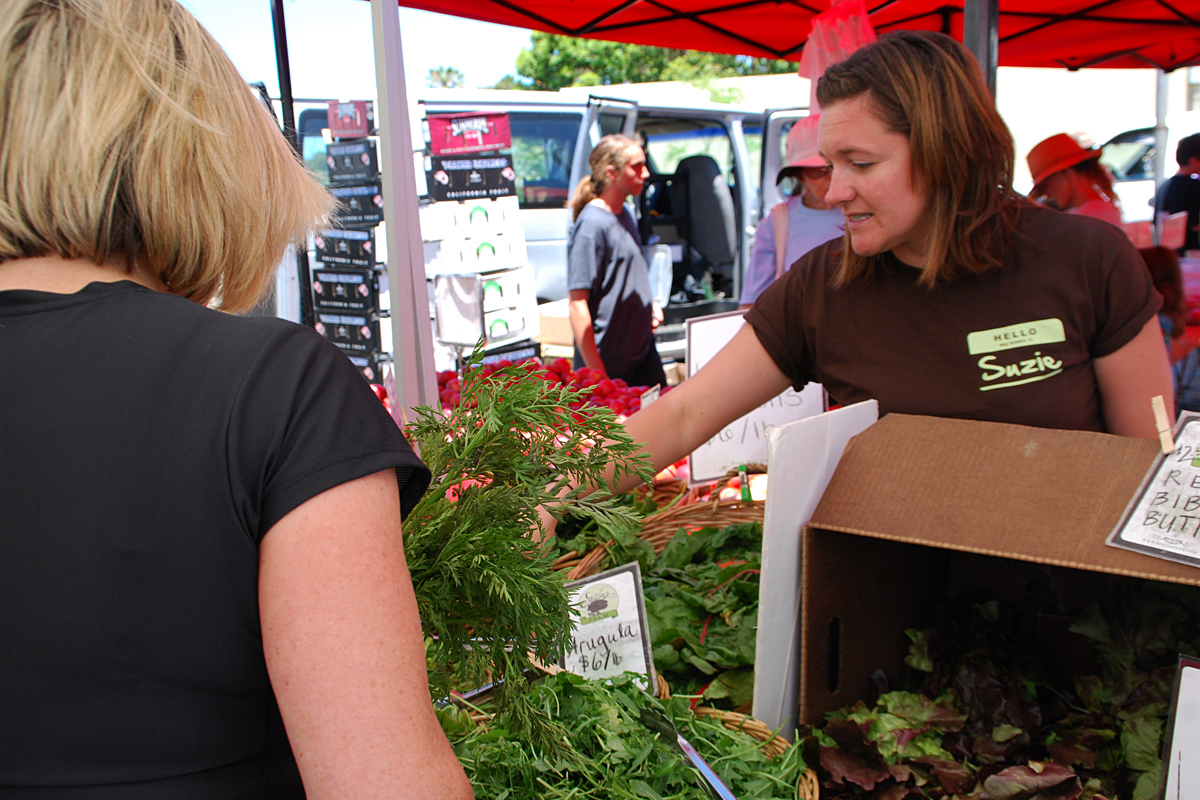 When Dave Heafner and Leslie Pesic started their DA-LE Ranch in 2003, they were raising hens, pigs, and rabbits and selling to a few customers by pre-order, delivered once a week to the parking lot of the DMV in Santa Ana, California. Now, they sell at 23 farmers’ markets each week and offer 10 different kinds of meat.

The couple got their break in 2007, when Catt White, the director of San Diego Markets, the company behind three of the largest farmer’s markets in San Diego county, asked Dave and Leslie to be the meat vendors for the Little Italy Mercato. Their success there them helped secure a loyal customer base and grow to become local authorities on profitable, sustainable agriculture.

Da-Le’s growth and success tracks the rise of local food in San Diego county and across the country. The county has 41 weekly markets featuring up to 61 farm vendors. White said Little Italy Mercato has doubled its weekly traffic in the past four years, hosting more than 20,000 shoppers each Saturday.

Even with the increased consumer traffic at farmers’ markets, the number of farm operators in California has been declining for the last two decades and San Diego county operations are folding at nearly twice the statewide rate. San Diego features more small farms than any other county in California, according to the local Farm Bureau. There are over 5,700 farms in the county and 68 percent of those farm on fewer than 10 acres. Without economies of scale to act as a financial buffer, 20 percent of small producers have failed since 1997. 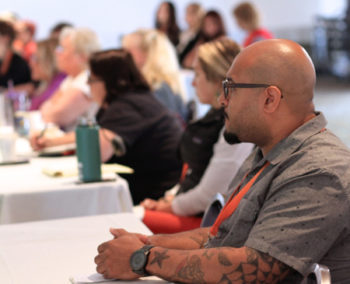 It was with this knowledge that White organized the recent InTents Conference to address the decline of small farms by helping San Diego’s farmers expand their sales both in and out of market. The event focused particularly on marketing, teaching farmers where to find their customers, and networking with other facets of the local food economy. Speakers included marketing and PR consultants to farmers, chefs, and various combinations on panel discussions with titles like “Who Needs It: Find Your Customer,” and “Modern Marketing Skills: Insta, Facebook, and Snap, Oh My!”

Farmers Need to be Salespeople

In arid Southern California, farmers face not only the usual challenges of getting their food to customers, but also be able to afford the resources to produce that food. Eric Larson, the executive director of the San Diego County Farm Bureau, said the price of water in San Diego County has tripled in the last 12 years. Selling directly to the public and to chefs could boost local farmers’ income and keep them afloat.

“With 3 million potential consumers and an untold number of restaurants in San Diego County, the increase in demand for local products could be a game-changer,” Larson said. “However, making the connections is hard: sales calls, delivery, collections, etc.,” He added that, in addition, selling at the farmers’ markets that aim to bring the consumer to the farmer “takes a tremendous amount of personal time, at least eight hours per market, [and] that takes the farmer away from the farm.”

A 2015 report from the U.S. Department of Agriculture (USDA) supports Larson’s caution, it found farms that sell direct to consumers are more likely to stay in business but grow more slowly than farms selling through traditional avenues.

White, who has a background in marketing, noted that just 2 percent of farms survive longer than 5 years. “There are plenty of farmers’ conferences that tell farmers how to switch from conventional to organic, but nobody is really teaching people how to sell their products, how to reach their consumers.”

White developed a five-hour class to help curb vendor turnover in the Little Italy Mercato she manages. It covers the basics like permitting, merchandising, sales techniques, and she called it a crash course in how to sell at markets. She found that the class kept vendors in her market longer; the vendors were selling more and her market’s business was healthier, too. Seeing positive results in her own market inspired White to expand the class into a three-day conference. 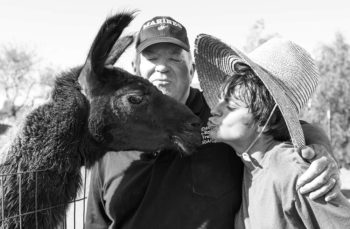 Star pupils Heafner and Pesic of DA-LE Ranch are what success looks like for a local farmer: 90 percent of their business is customer-direct, all within Southern California, and their customer base is loyal (their customers loaned him the capital to buy multiple vehicles worth $250,000, for instance).

Part of DA-LE Ranch’s success is that Heafner and Pesic use markets as networking events more than as a pop-up storefront. Pesic said markets grew their business because they “allow us to make a connection with the customer, to explain ourselves and how we raise and why.” They’re not shy about using those connections to further expand. Dave said he’d like to sell to more restaurants, “so I ask my customers to ask their restaurants if the chef buys their meat from me.”

Farmers’ Markets Can Be a Platform for Growth

While California farm operations have fallen by 12 percent in the last 2 decades, the number of farmers’ markets continues rising to meet consumer demand. The number of markets nationwide more than quadrupled in the last 23 years and sales at direct-to-consumer markets doubled between 1992 and 2012. Consumer interest and participation has made farmers’ markets a major avenue for growth for food producers that are able to use them. 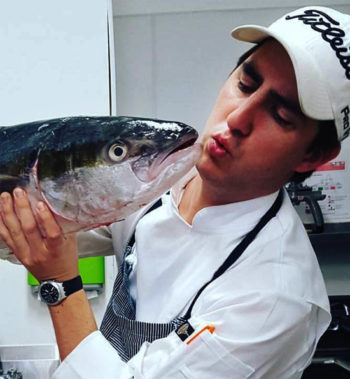 Juan Carlos Recamier of Ceviche House in San Diego’s North Park neighborhood is a local chef who started selling in farmers’ markets. He estimates that he sold successfully at 10 different weekly markets before moving his ceviche operation into a brick-and-mortar location a year and a half ago. Recamier is finding success after his transition to a permanent space and sometimes has to close the restaurant early because they’ve sold out of everything they could source for the day.

Recamier sources exclusively local ingredients—his fish come off of the boats each morning, produce arrives every day from farmers in the area or Recamier picks it up from a farmers’ market. His menu uses whatever the fishermen bring him, pairing the different cuts of fish with in-season produce. “It’s necessary,” Recamier explained, but “it’s not always easy to source from local farms.” It’s not that the farms don’t exist, they’re just hard to find.

Markets remain an important way for Recamier to grow and sustain his business by connecting him with the farmers that supply him. He visits between five and seven markets each week looking for producers. He buys some produce at the market, but said that he’s really trying “to get to know farmers, learn what [crops are] coming up next, what they have a lot of.” Expanding his network of providers gives him access to more diverse produce, allowing him to be more creative in the kitchen.

“Farmers can be a shy bunch,” he said, “and I would like them to approach me more … the key is to communicate.” His avocados, for example, come from a place called Rancho J’Balie. He says they’re “the most delicious avocados, but [the ranch] is so small that the only way I found out about them was by word of mouth, from another chef.” 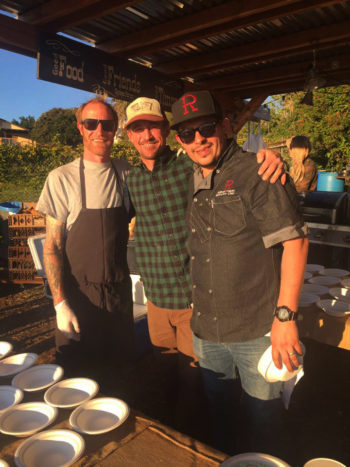 Fellow chef Davin Waite of Wrench & Rodent, who also gets his avocados from Rancho J’Balie, says that San Diego “is unique because we’re all friends.” Chefs share vendors with each other, helping their fellow chefs source locally and in turn supporting local producers by connecting them with consumers.

While the number of farmers’ markets continues to grow, sales at markets have plateaued nationally and are even declining slightly in Southern California where even a local market can be a 30-minute drive away. Some worry that the data suggests consumers are losing interest in local food, but other places like Cyclops Farm in Oceanside suggest that the market for local food is maturing past the need for farmer’s markets.

Luke Girling and his wife Frances started Cyclops Farms just over two years ago in the town that borders the military base separating San Diego County from Orange County. It’s a developed residential and commercial area, known more for used car dealers and sand beaches than agriculture. It’s a surprising place for a farm. 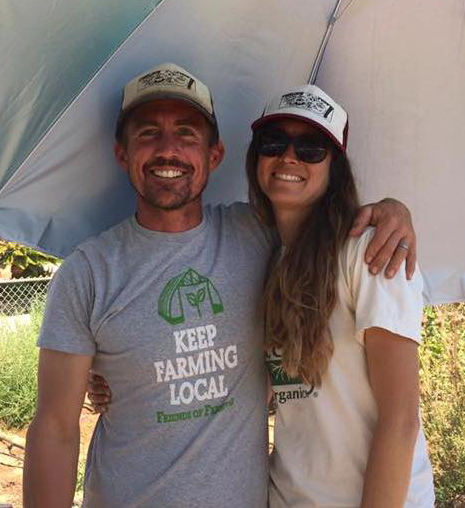 But Luke and Frances’ hyper-local focus, limited to mostly Oceanside-based chefs and an on-property farm stand, has allowed them to build strong relationships with the people they sell to. Their ties with an invested community have allowed them to tackle the obstacles of farming in Southern California.

When high water bills from exceptionally hot, dry summers threatened to sink Cyclops, the couple began hosting “water bill dinners” to help cover water costs. Chefs that buy produce from Cyclops volunteer their time to craft a dinner in the field. Customers and neighbors who value what Cyclops brings to the community become guests for an evening. Frances adds, “it’s become a great group of friends all getting together to dine and help support the farm.”

Chefs provided the niche that allowed Cyclops Farms to get off the ground and are crucial in helping Luke and Frances stay on top of their operation costs, but Frances says their customer-direct business is providing an increasing level of support.

They don’t have the staff to attend farmers’ markets, but they maintain a robust direct-to-consumer business through their Saturday farm stand. Though markets may stunt farm growth, Cyclops is finding that their direct sales are helping expand their profits. Frances estimates that “sales are split pretty evenly between restaurants and the farm stand.”

Unlike farmers’ markets, which often rely on being an activity to attract shoppers, Cyclops’ local ties and address make it an easy place to visit in the regular course of a day. This allows them to compete with the supermarket and put local produce on dinner plates everyday. “And [it’s] growing,” Frances said, because of that easy access, “most people in the neighborhood walk to the farm stand as part of their weekend routine.”