How ACA Repeal Would Hurt Farmers and Rural Communities

Farmers’ health is inextricably tied to the health of their farms. 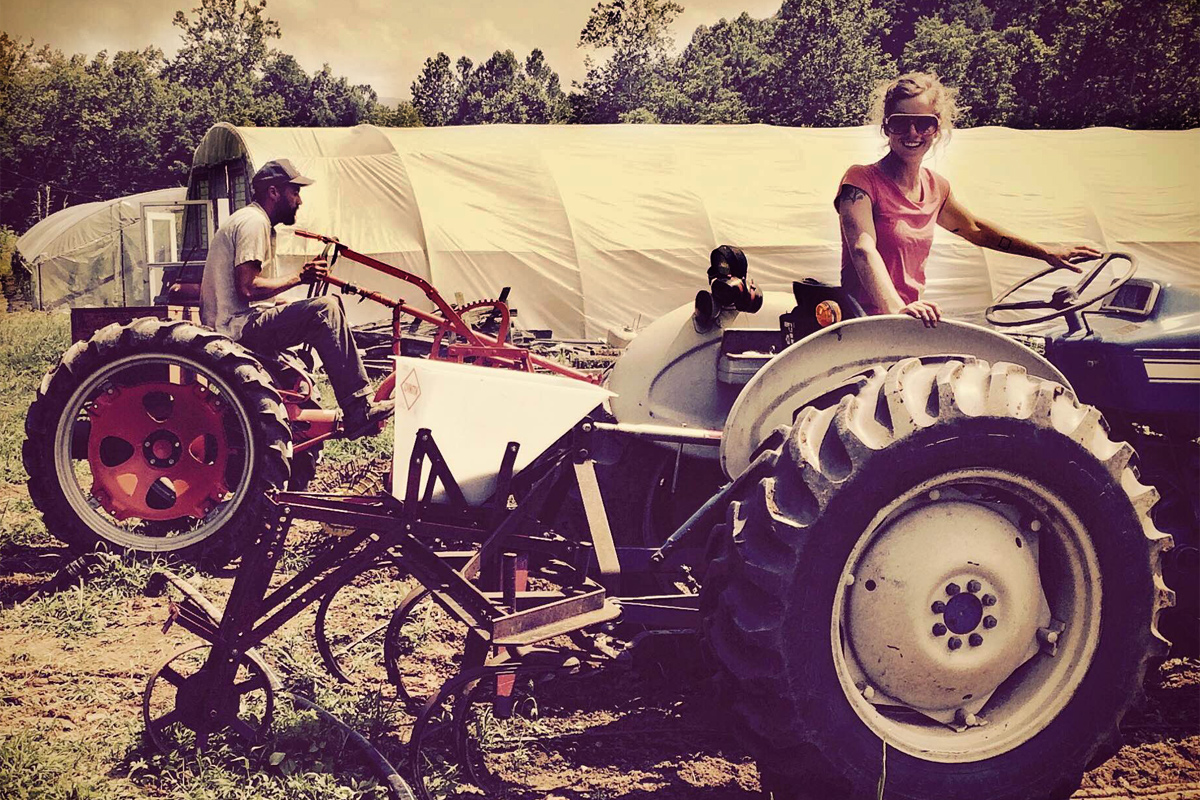 Editor’s note: This article has been updated to reflect the fact that the U.S. House of Representatives on May 4 narrowly passed a bill to repeal and replace the Affordable Care Act (ACA). The U.S. Senate held several unsuccessful votes to repeal the ACA during the summer of 2017.


Update: In February 2018, researchers published detailed findings of how healthcare affects farmers and farm decision making, and where farmers get their healthcare from.

In the spring of 2015, Kathryn Skelley-Watts took a break from planting crops at Aardvark Farm, the 12-acre organic operation that she owns with her partner, to take a run through the woods. That night, she found a tick lodged in her calf muscle. The next day, a rash began appearing on her neck. Two weeks later, the rash covered half of her body, she had a high fever, and she could barely move. A diagnosis of Lyme disease led to a two-month round of antibiotics and steroids.

Aardvark Farm crawled to a near stop as Skelley-Watts and her partner Rett Murphy fought the disease. When the antibiotics failed to stop the infection, Skelley-Watts rotated between doctors and specialists. She was prescribed more medication, underwent a litany of tests, and received additional companion diagnoses. On her blog, Skelley-Watts wrote, “I’m fortunate to have caught Lyme disease when I did. I was no longer broke and uninsured.” If it weren’t for insurance, one of the drugs she relies on, would cost around $1,300 for a 10-day supply. 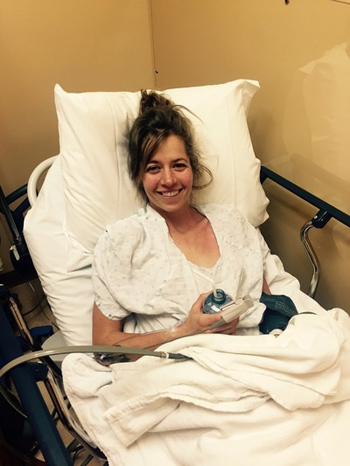 Five years earlier, when President Obama signed the ACA into law, Skelley-Watts had been quick to sign up. Before that, she hadn’t qualified for health insurance due to a pre-existing digestive condition. Like many farmers, Skelley-Watts is waiting with bated breath to see whether her coverage will continue.

Today, nearly 20 million Americans receive health insurance under the ACA. But as the Republicans in Congress frantically work to repeal-and-replace the act, the future of that coverage is in question. The first replacement plan—the American Health Care Act (AHCA)—was opposed by 56 percent of voters. The Congressional Budget Office estimated that while AHCA would have reduced the budget deficit by $337 billion by 2026, 24 million Americans would have lost their health insurance.

While the first AHCA bill flamed out in the face of bipartisan opposition, the House of Representatives narrowly passed its replacement plan today. The updated version allows states to apply for the ability to opt out of the essential services required by Obamacare, such as maternity care and emergency room services. And while the new plan does not allow insurers to deny coverage to people with pre-existing conditions, it does allow insurance companies to charge them higher rates or offer few benefits, which was illegal under Obamacare. A late amendment from two fence-sitting Republicans would provide $8 billion in federal funds over five years to help some people with pre-existing conditions afford their even-higher premiums.


It has been suggested that 24,000 people would die each year if the ACA were repealed—more deaths than are caused by skin cancer, HIV, and firearms in the United States each year.

The ACA has been a mixed bag for agriculture. While many large farms balked at the requirement to ensure their employees (experts say it cost farm employers in California about $1 per hour per employee working in the field), most small-scale farmers often opted out of insurance all together before the ACA, or sought off-farm employment in order to get coverage through an employer’s plan. A 2015 USDA blog post notes that prior to the ACA, rural families struggled to find affordable healthcare, “paying an average of nearly half of their costs out of their own pockets” and that “one in five farmers is in debt because of medical bills.”

That lack of access to affordable health insurance often dissuades beginning farmers from entering the industry altogether. Andrew Bahrenburg, national policy director for the National Young Farmers Coalition, said that, in addition to such challenges as affording farmland and paying off student debt, young farmers often cite access to affordable health insurance as one of their biggest hurdles.

“We’re talking about one of the most dangerous occupations in the U.S., so health coverage often forces young farmers to make incredibly difficult decisions and trade offs, like having to work an extra off-farm job, risking debt or disaster by going without health insurance and paying a fine, or deciding to quit farming altogether,” said Bahrenburg.

He also noted that many of today’s young farmers began their businesses once the ACA had already been put in place. “The expansion in Medicaid, the ability to remain on their parents’ plans until their mid-20s, and coverage for pre-existing conditions were critical for many of these young entrepreneurs and their businesses.”

Under the ACA, health insurance plans were required to offer 10 “essential benefits,” including emergency services, hospitalization, laboratory services, and maternity and newborn care. Depression screening and mental health services were also included under the ACA—particularly relevant, as suicide rates for farmers are now higher than for any other occupational group in the United States. 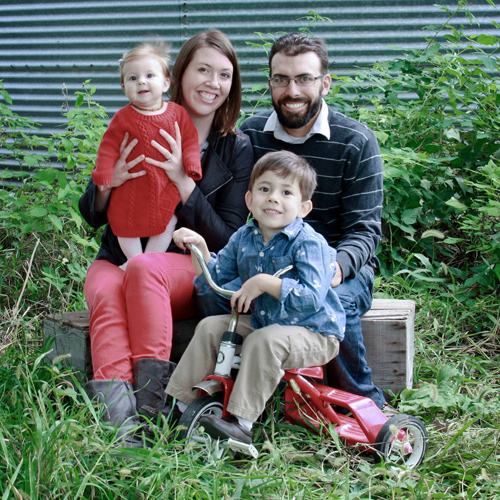 When farmers are unable to afford health insurance, their families and communities are also impacted. For Ellen Walsh-Rosmann, the ACA may well have saved her life as well as her family’s farm. During her first pregnancy, a routine ultrasound discovered that she had an enlarged kidney. Through both of her pregnancies, Walsh-Rosmann had several life-saving medical procedures to drain and eventually remove her kidney. “Thank God I had good health insurance,” she said, of the year she needed a $3,000 procedure every two weeks. “We met our deductible in the first three days of that year.”

Other farmers we spoke to voiced varying concerns about the proposed repeal-and-replace plans—including the potential for higher deductibles, the removal of the pre-existing conditions clause, the lack of preventative health screenings, and the lack of coverage for maternity care.

Walsh-Rosmann said her experience is proof that the unimaginable does happen, and that people get sick and need care. And without health insurance, that care can quickly become financially crippling. Walsh-Rosmann’s husband farms 700 acres with his father and brother, while his mother runs the on-farm store, and Walsh-Rosmann and her husband run a food hub and farm-to-table restaurant. She said, “If we didn’t have the safety net of the ACA … who knows? We probably would have had to get rid of our business and lay off employees. Because of our food hub, local farmers are able to employ other people on their farms. It’s a ripple effect. The implications are huge.”

Bahrenburg agreed. “For young farmers, the AHCA threatened their very livelihoods, and it also threatened the rural communities that they live in. You cannot separate your farm business from the community it feeds,” he said.